Development of the promising domestic multipurpose helicopter VRT500 continues. According to current plans, the assembly of a prototype will be completed in the near future, and next year it will take off for the first time. In a few more years, after passing all tests and certifications, the machine will go into series production in the interests of domestic and foreign customers. It is expected that the VRT500 will be produced in large quantities and will significantly affect the appearance of the domestic helicopter fleet.

Light multipurpose helicopters with a takeoff weight of up to 2 tons enjoy noticeable popularity in the market. Such equipment is used for the transportation of passengers and cargo of limited weight, as well as for solving special problems. Due to various circumstances, our country does not yet have its own helicopters of this class. However, this situation should change in the near future.

The promising light helicopter VRT500 should fill the empty niche. It is being developed by the VR-Technologies design bureau, created several years ago as part of the Russian Helicopters holding. The production of experimental and serial vehicles is assigned to Ulan-Ude aviation plant. In addition, foreign suppliers of components and assembly plants are involved in the project. 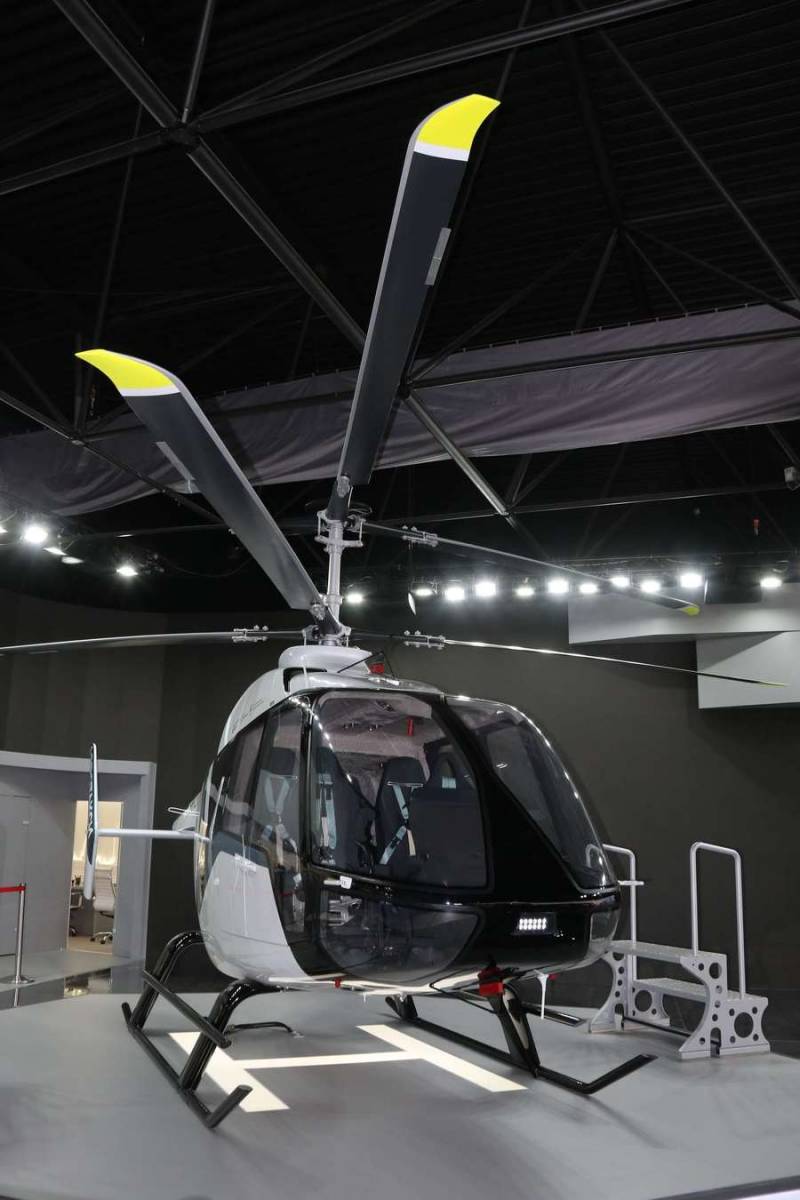 The preliminary design of the future VRT500 was completed several years ago, and a full-size model of the helicopter was shown for the first time at the HeliRussia-2018 exhibition. In the future, such a layout with various changes and innovations was repeatedly demonstrated at other events. Against the background of the shows, agreements and memorandums of cooperation with various customers of equipment were signed.

Since 2018, VR-Technologies and other project participants have been testing various units and structural elements. At the end of the same year, the first tests were carried out in TsAGI wind tunnels. By now, all such activities have been successfully completed, and the project has entered a new stage. Now the construction of the first prototype VRT500 for future flight tests is being carried out at UUAZ.

The first flight of the new helicopter will take place next year, but the exact date has not yet been announced. It will take about two years to test and refine the design, as well as to certify and obtain the necessary permits. In 2023, Russian Helicopters plans to launch mass production to fulfill the already signed contracts. At the same time, the assembly of new equipment is likely to be carried out not only in Ulan-Ude, but also at a foreign site. 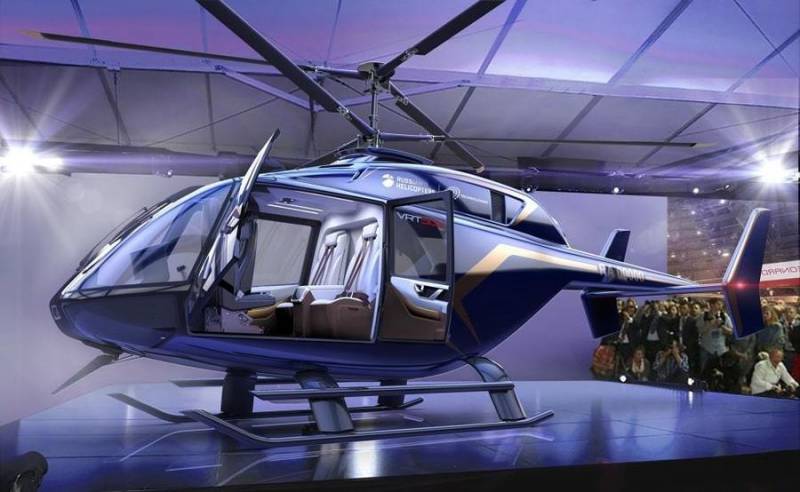 The VRT500 project provides for the creation of a light and compact helicopter with high performance characteristics, capable of solving a wide range of tasks. The length of the vehicle slightly exceeds 8 m, the diameter of the carrier system is 8,4 m. The maximum take-off weight is 1600 kg. At the same time, the helicopter will be able to carry up to 730 kg inside the cabin and up to 900 kg on the external sling. The maximum flight speed will reach 250 km / h, the range is 860 km. The service ceiling is more than 6 km.

For the new helicopter, an original teardrop-shaped fuselage was developed, made of metal and composite parts. Inside the fuselage there is a cargo-passenger cabin with a volume of 5,3 m with access through side doors or a tail hatch. Above the cab there is a propulsion system with a gearbox. The fuselage is equipped with a thin tail boom with a pair of washer keels. The models shown had a ski chassis.

In the early stages, the VRT500 helicopter will be powered by one Pratt & Whitney Canada PW207V turboshaft engine with 700 horsepower. In the distant future, it is planned to introduce a domestic VK-650V motor with similar parameters. In both cases, the required performance will be provided. Perhaps, in the future, other options for the power plant will appear, which will become an additional competitive advantage. 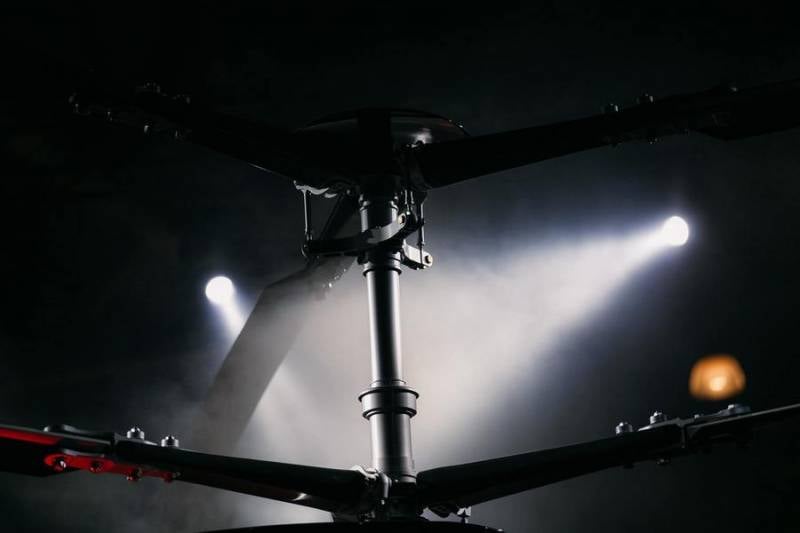 A support system with two coaxial screws has been developed for the VRT500. It combines reasonable dimensions and high performance. In addition, with the help of two screws, they plan to obtain additional advantages in the field of convenience and safety of operation. In particular, the helicopter will be less demanding on landing sites, and the absence of a tail rotor will prevent accidents.

The helicopter receives a modern complex of onboard equipment and a "glass cockpit". In addition, the cockpit has large glazing for improved visibility. In some modifications, the flight equipment is supplemented with special instruments. For example, a police helicopter modification can be equipped with an optoelectronic unit with a control panel in the cockpit.

The equipment of the cargo-passenger cabin depends on the tasks to be solved, and several options for different purposes have already been presented. Thus, a passenger helicopter, depending on the customer's requirements, can have from two to five seats. The cargo helicopter uses the maximum available cabin volume and also has an external suspension. Also presented are the medical evacuation option and the police modification with the corresponding sets of equipment. 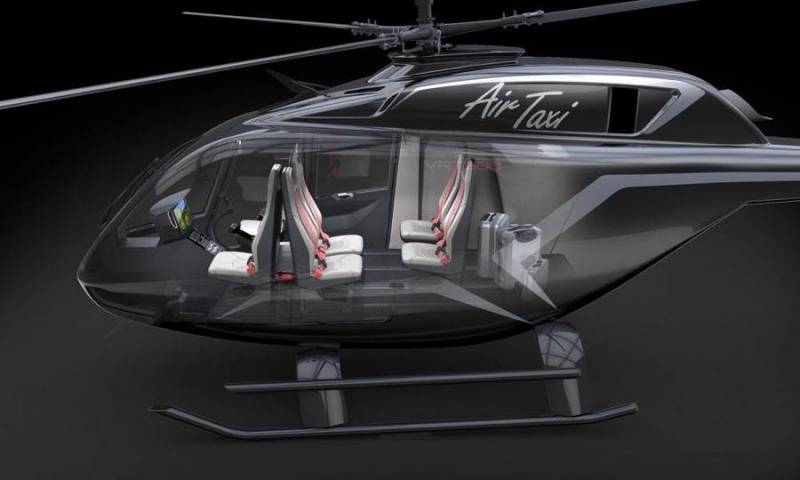 Way to the market

In order to improve its helicopter and improve its position on the market, BP-Technologies cooperates with foreign organizations. So, a few years ago, she bought the Italian design bureau Vertex Aero, which has permission to develop and test aircraft. The involvement of this organization is expected to accelerate European certification and bring the start of serial production closer. In addition, in 2019, contracts appeared with Mecaer Aviation Group (Italy) and Liebherr-Aerospace Toulouse (France) for the development of avionics and other components. Cooperation with other companies in the field of targeted equipment is also developing.

The VRT500 advertising campaign at exhibitions has already yielded results. Just a year after the first demonstration of the helicopter, the first agreements were signed at the MAKS-2019 salon. The Malaysian company Ludev Aviation wished to receive five helicopters, and also plans to promote Russian equipment in the local market.

At the same time, "VR-Technologies" and "Yandex.Taxi" agreed on joint work on the topic of urban air taxi. In the future, VRT500 will be able to take over urban transportation and even enter a whole ecosystem that includes various types of aviation technology.

In the fall of 2019, an order for 10 helicopters from the Swedish company Rotorcraft Nordic AB appeared. Like the Malaysian carrier, it plans not only to operate the equipment, but also to promote it on the regional market. 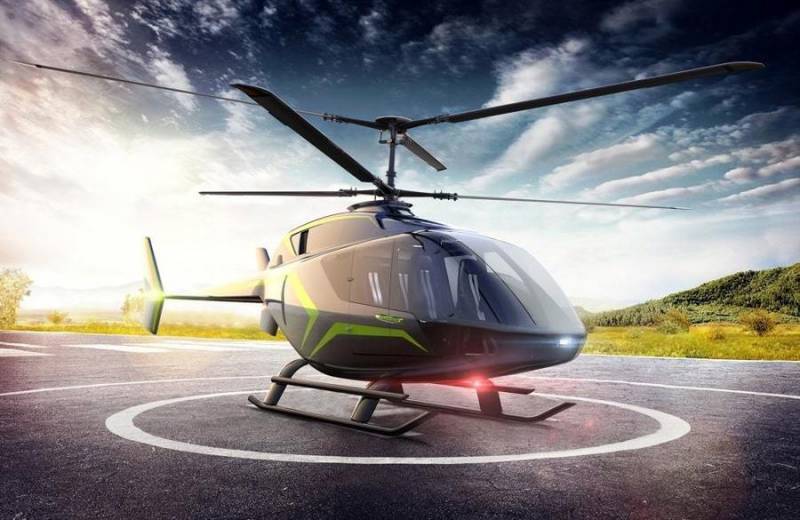 The first contract with a domestic customer was signed in May this year at the HeliRussia-2021 exhibition. The carrier Russian Helicopter Systems wants to receive five new VRT500s with delivery by the end of 2024. In its fleet, such equipment will complement other samples of different classes of domestic and foreign development, occupying one of the most important niches.

In March, the VRT500 project opened up new and exciting perspectives. He was interested in the investment fund Tawazun from the UAE. Soon there was an agreement on the creation of a joint Russian-Emirati enterprise Aeroter with registration in Singapore. In the near future, Tawazun plans to order up to 200 new helicopters for delivery to a number of UAE government agencies. Purchase by private customers is also possible.

The VRT500 project is of great importance for the Russian aircraft industry. For the first time in many years, a completely new helicopter design bureau appeared in our country. For the first time in the last few years, it offers and develops a new rotorcraft platform with high performance and wide capabilities. Such a platform is of great interest to a domestic customer and has great export prospects.

It should be noted that so far we are talking only about the calculated characteristics and the declared capabilities. The first prototype VRT500 is currently under construction and has not yet taken off. However, flight tests should begin within the next few months and will quickly show the real potential of the new design. At the same time, the presence of the first contracts and agreements already speaks of the great commercial prospects of the project. Whether these expectations will be justified will become known in the coming years - after the tests and the launch of the series.