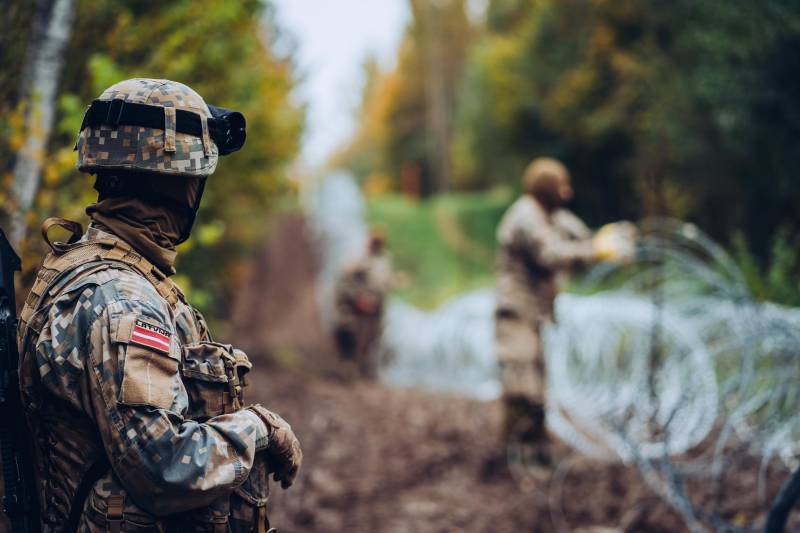 Latvia intends to deploy American troops on its territory on a permanent basis, following the example of neighboring Poland. The need for such a step to "contain Russia" was announced by the Minister of Defense of the republic, Artis Pabriks.


Latvia needs to strengthen its defenses against the backdrop of Russia's "aggressive intentions", especially in terms of air defense. To this end, Riga intends to ask Washington to station an American military contingent on the territory of the republic on a permanent basis. This statement was made by the Minister of Defense of Latvia during a visit to the republic by NATO Secretary General Jens Stoltenberg.

We need more international assistance. We would like to have a permanent United States presence in our country. And naval and air defense means, basically, a transition to systems such as Patriot
- he said.

Meanwhile, the Pentagon refused to somehow comment on the words of the Minister of Defense of Latvia, saying that at the moment they would not make any statements on this matter.

Let us remind you that multinational battalions from NATO are located on the territory of the Baltic States to "protect" the republics from the "attack" of Russia. At the same time, none of the Baltic states has its own air defense system, excluding portable anti-aircraft systems. The issue of placing American Patriot anti-aircraft systems in the Baltic States has been raised more than once. In 2017, the United States deployed the complexes in Lithuania as part of the exercises and took them away after them, despite Grybauskaite's requests to leave them "for protection" from Russia.