Pan-Turkism: from the Caucasus to the Aral Sea and the Urals 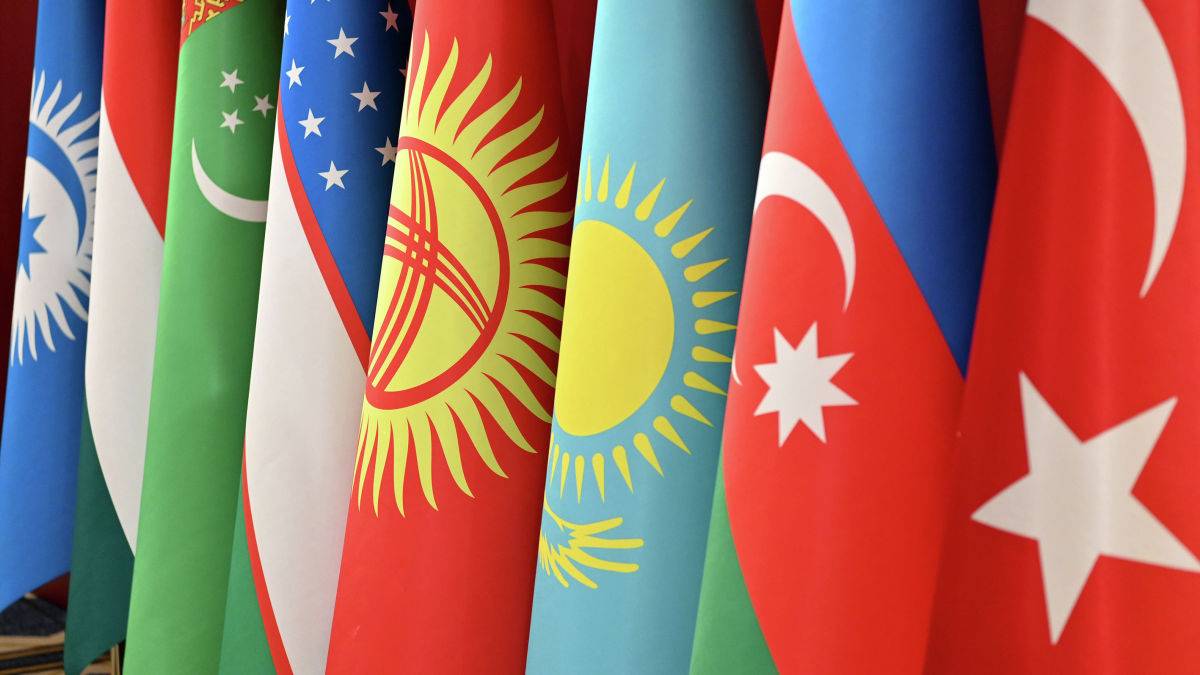 And they are all a little "Turkic"?

On November 12, a summit of the "Turkic Council" ("Council of Turkic-speaking States") was held in Istanbul without much fanfare. At the summit, it was announced that the formation of a customs and economic bloc consisting of Turkey, Azerbaijan, Kazakhstan, Uzbekistan, Kyrgyzstan and Turkmenistan was started.

This, of course, did not become a sensation - you will not surprise anyone with integration in any form. And few people even took into account that the bloc is being created within the framework of the Organization of Turkic-Speaking States (OTG). The newly created organization, and with the inclusion of the self-proclaimed (in 1974) "Turkish Republic of Northern Cyprus".

From among the "outsiders", only Hungary was attached to the bloc in the status of an observer country. And in parallel with this, immediately after the Istanbul summit, Uzbekistan invited the new organization to create its representative office in the Aral Sea basin.

Formally, the idea in Tashkent was substantiated by the need to "accelerate the ecological rehabilitation of the region." But the ecology interest of Ankara and its new satellites in the Aral Sea region, as well as in the neighboring regions with the presence of a "Turkic" element, will hardly be limited ...

Silence of the first persons

It is significant that in Nursultan, Bishkek and Tashkent they do not bother with official explanations: how will their participation in pan-Turkist integration be combined with membership in the EAEU and the CSTO. The Russian side prefers, in view of geopolitical factors, not to "irritate" Turkey or its old partners with such questions.

Ankara is taking advantage of this by building up its political, military-technical and economic presence in the countries of the new "pro-Turkish" bloc. In the meantime, Uzbekistan is already calling for the formed "OTG" to the Aral Sea region: they say, this will certainly help the comprehensive rehabilitation of that region.

Note that there are already about ten regional and international organizations to "save" the Aral Sea and the socio-economic development of the Aral Sea regions. Considering the current policy of Turkey not only in the Transcaucasus, but also in Central Asia, where the Aral basin is in the very center, it is reasonable to assume that Tashkent's initiative was "prompted" by Ankara.

What does Tashkent offer?

And let the authors be accused of whipping up passions, the prospect of placing a Turkish or even NATO military facility in the region should hardly be ruled out. Ankara has been a NATO member since 1952, and despite all the contradictions and disputes, Turkish regional policy, like the project of the "pro-Turkish" interstate bloc, is clearly coordinated with the United States and NATO.

And what does Tashkent offer?

There is nothing criminal here, at least in appearance. We will list in order.

First, "the creation of a specialized ecological structure of the Organization of Turkic States in the Aral Sea region." It will give consistency to the joint work on environmental protection.

Sanzhar Valiev, deputy director of the Institute for Strategic and Interregional Studies under the President of the Republic of Uzbekistan, announced this to media representatives on November 15 in Tashkent. He explained:

“... The summit of the heads of the Turkic states in Istanbul, which took place on November 12, was full of the adoption of a number of defining documents of a strategic nature, such as the“ Turkic vision - 2040 ”. The initiative of the head of state to create a specialized structure of the newly created Organization of Turkic States for the Protection of the Environment, which would function in cooperation with the UN, deserves special attention. "
Secondly, the creation of the OTG-structure "in the Aral Sea region will draw additional attention to the problem of the Aral Sea - the main ecological catastrophe in the space of the Turkic world." S. Valiev recalled that the President of Uzbekistan Shavkat Mirziyoyev put forward a whole range of proposals on specific mechanisms for joint activities of the Turkic states aimed at developing trade, transport, digitalization, science and technology, as well as other key areas of cooperation.

And what does Ankara want?

Evaluating the initiatives of Tashkent, one cannot fail to take into account that large reserves of oil and especially gas were explored in the Aral Sea region back in the 1960s. But to date, not more than a third of these Aral resources have been developed in aggregate: almost exclusively in Karakalpakstan, autonomous from Tashkent. 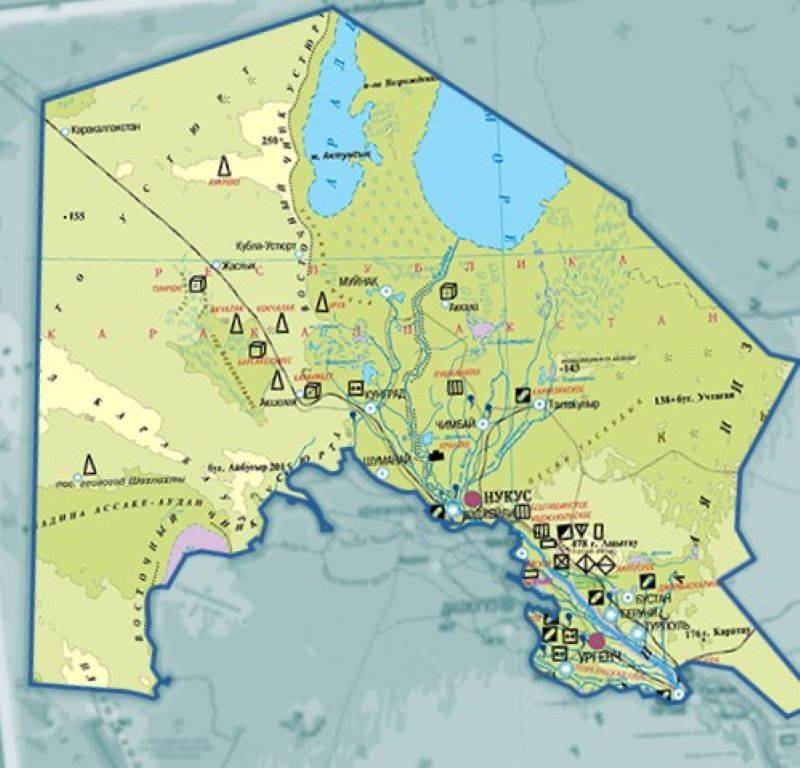 Turkey, as you know, remains a net importer of oil and gas. Although it receives these types of raw materials at discounted prices from Azerbaijan (through pipelines through Georgia) - within the framework of the "Turkic" geography. However, oil and gas production in Azerbaijan, as oil and gas pumping from there to Turkey, was initially monopolized by US and UK companies.

Photo: neftegaz.ru
That is why the prospect of owning the same raw material in the Aral Sea region is more attractive for Ankara. Moreover, by the beginning of the 2010s, Western and Turkish companies had developed, at the initiative of the Turkish government and business, a project of the Trans-Caspian pipeline, which provides for the supply of gas from Central Asia to Turkey and through Turkey.

By the way, the expansion of Pan-Turkism in the USSR back in the 1940s - early 50s was foreseen by the then leader of Tajikistan, Bobodzhon Gafurov (1908–1977). B. Gafurov, doctor historical Sciences, led the Communist Party of Tajikistan in 1946-1956. From 1957 until his death, he was director of the Institute of Oriental Studies of the Academy of Sciences of the USSR.

Fragments from his letter to the secretary of the Central Committee of the All-Union Communist Party (Bolsheviks) A.A. Zhdanov of June 14, 1947: 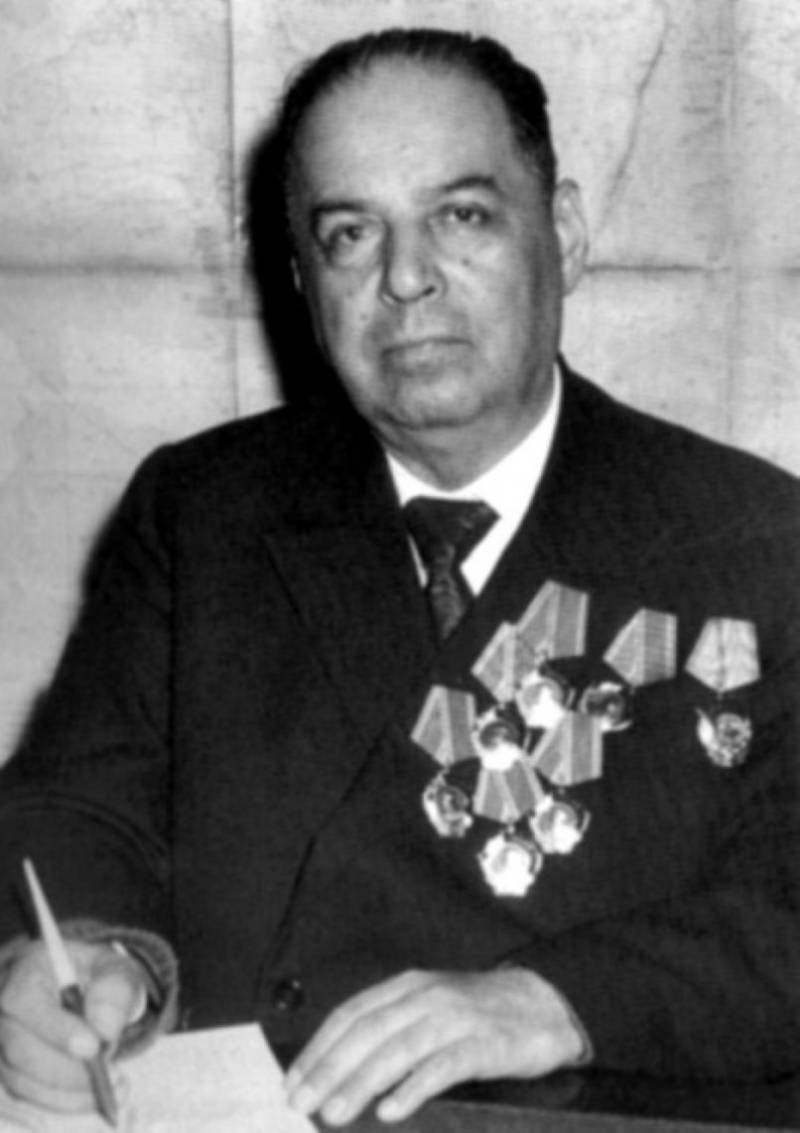 "... In the newspaper" Culture and Life "(Moscow) on April 20, p. The review of Professor Tolstov on the book of Professor A.A. Semenova "Material monuments of Iranian culture in Central Asia." Professor Tolstov, in his review, characterizes Professor Semyonov, who is the largest expert on the history and history of literature of the peoples of Central Asia, as a supporter of the racial theory.

... In all his works, prof. Tolstov emphasizes the superiority of Turkic elements and Turkic culture in the history of Central Asian peoples. In one conversation with me prof. Tolstov called Turkic even those cities where they speak exclusively Tajik. And the Department of Propaganda and Agitation of the Central Committee of the All-Union Communist Party of Bolsheviks, where people do not understand the history of Central Asia enough, willingly supports Tolstov and even, as you can see, published his review in the newspaper "Culture and Life".

... Ethnographers, anthropologists, archaeologists, linguists have proved that a significant part of the population of modern Uzbekistan are former Tajiks who later began to speak Turkic. But the statement of the purely Turkish origin of the Uzbeks and, moreover, of the Tajiks, is completely untrue.

It was the eastern Iranians who at one time became part of the peoples of Central Asia - Tajiks, Uzbeks, Turkmens, Kazakhs, Kyrgyz. Why should we give up our past?

The Iranian past of the peoples of Central Asia applies equally not only to Tajiks, but also to Uzbeks, Turkmens and other peoples of our region. Any statement of a purely Turkish origin of the peoples of Central Asia only helps our enemies, and this is awaited by the Pan-Turkists, who are now the most dangerous enemies of the Soviet Union in the East ”(see RGASPI, fund 17, op. 125, document 552).
This forgotten letter from B. Gafurov, approved by Stalin, became the basis for the formation of a textbook for universities "History of the USSR" in two volumes, published by Moscow State University. Lomonosov in 1948-1950. However, in 1957-1958. this textbook was replaced by a new two-volume book with a completely new ideological content.

On its pages, the pan-Turkic concept of the origin and formation of the culture of all the peoples of Central Asia prevailed. Which fit perfectly into Khrushchev's, and also into Moscow's further policy of developing cooperation with Turkey (see. Khrushchev, Constantinople and the Straits).