The border between peace and war has disappeared 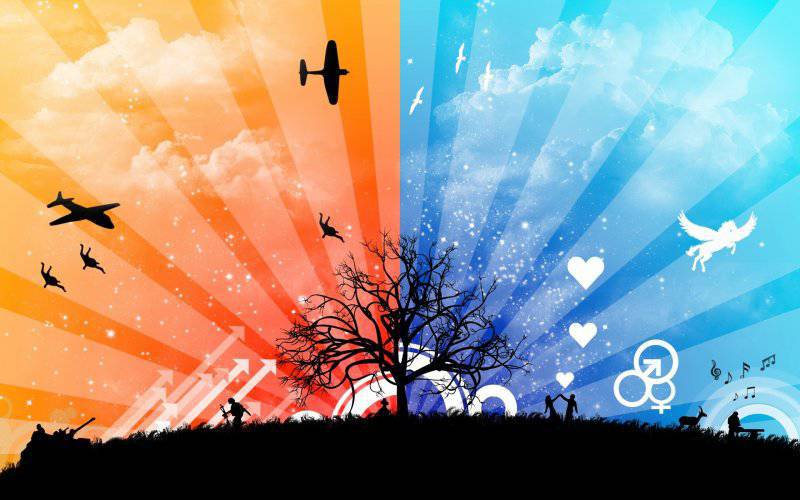 A lot is being said now that the essence of the modern war has changed in a revolutionary way. With the development of technology and information technology made the war unlike the wars of the past, and soon the fighting will be conducted by operators behind a computer monitor, and not soldiers on the battlefield. That we are preparing for the war of the last century, whereas we may not be ready for the war of the future. That technical re-equipment of our armed forces does not meet the threats of modernity, and so on.

Since the idea of ​​what the war will look like is important for shaping the image of the armed forces and other bodies ensuring the security of the state, it is worthwhile to carefully consider the changes that have occurred in recent military conflicts.

To get started is to decide in terms. War in the representation of the majority is a conflict between states that has grown into a form of hostilities between their armed forces. Such a definition, indeed, rather approaches the wars of the past centuries, when, like the duelists, countries resolved conflicts, relying on the noble right of the strong to reap the fruits of victory. In open confrontation, they relied on their prowess and military success.

Meanwhile, the aristocratic principles of warfare gradually gave way to achieving victory, regardless of the methods. The declaration of war and the open declaration of claims against the enemy began to interfere with the principle of surprise, which gave an advantage in victory over an enemy who was unprepared for a fair fight. The formation of the troops before the fight face to face was replaced by a disguise of positions and misleading. Hide the true intentions and deceive the enemy has become more important than to overcome him with the help of the superiority of his will and valor. This is how human societies changed, and so did their conflicts.

This trend is only evolving. Lies and deceit are firmly established in the theory and practice of military science, as are the postulates and techniques necessary for victory. No wonder that the treatise “The Art of War”, written in China during the rather dark period of the “Fighting Kingdoms”, is so popular now. Any commander of the XVII-XVIII centuries would call the principles of warfare set forth in the treatise vile and unworthy of noble people. Now the treatise is taught in military schools everywhere.

In addition, to achieve their goals in conflict, the states no longer rely only on the military force of their armies. Economic methods of weakening the enemy’s military potential have long become the practice of war. Subversive actions in the rear turned into so-called special operations (more precisely, actions of a specific nature), which include direct sabotage only as one of the types of actions, and begin to outperform ordinary combat operations in importance. They can be conducted in peacetime and wartime, and include a wide range of tasks, from helping opposition forces and training rebel groups to bribing officials and commanders of the armed forces of the enemy. Previously, such activity was in the arsenal of the special services, now it is enshrined in the combat regulations and instructions of numerous special operations forces (MTR). The number of regular forces in the world is constantly decreasing, the number and variety of SSO is only growing.

Psychological operations are also firmly established as a method of warfare. They were transformed from propaganda into large-scale operations with the involvement of the media and any other non-military means capable of influencing the behavior and psychological state of the population and the soldiers of the enemy. From a narrow understanding of propaganda as a way to demoralize and disorient enemy troops, psychological and informational methods of warfare developed into a wide range of independent measures, the object of which is the entire population, certain groups or individuals. Their goal is to change the consciousness and behavior of people in order to achieve both military and political results. They can be held in peacetime and in wartime, against war-men, persons in government and civilians.

Thus, the concept of war cannot be considered only as an armed clash of the troops of the conflicting states. This concept has expanded to a wide range of aggressive actions, the participants of which can be not only armed forces, but military operations - only one of the possible ways of waging war. Nobody warns the enemy about the beginning of aggressive actions and their goals, since this affects their success. By and large, it is no longer possible to clearly distinguish between wartime and peacetime. When opposition forces start active actions - is it a democratic movement, or a special operation? When a vehicle fails, is it an accidental breakdown or sabotage? When a terrorist blows up a mine, does he act on the basis of personal convictions or the interests of the enemy? When the country's economy goes into distraction - is it an objective process or the weakening of the enemy by non-military methods? When the dismemberment of the state becomes a political position - is it a conflict of internal interests or holding interests of external? When a resonant action undermines the idea of ​​what is permitted, and has a stormy informational support - is this a view of things or a psychological operation?

So, any aggressive actions carried out or initiated by one state against another can be called a war. At the same time, it should be understood that the ultimate goal of aggressive actions will not always be the seizure of the territory necessary for the mastery of resources - this is typical of wars of the past centuries. The goal can be any political results, the achievement of which is in the interests of the aggressor. In a broad approximation, they will always be submission, not necessarily associated with violent acts. What is the point of using violence if the enemy is already acting in the interests of the aggressor? The object will always be a political entity (state), since this very concept implies independence from external will. Armed forces are considered only as one of the tools. Violent methods of achieving goals will be needed only where it is impossible to achieve goals in other ways. It follows that, apart from the armed forces, other instruments of aggression will be non-military structures: diplomacy, financial institutions, information resources, public organizations, special services, etc. - everything that can force the enemy to act in the interests of the aggressor without using violence.

A person who wages a war no longer necessarily has a military uniform that allows him to be separated from a civilian. Bright uniforms, golden braid and fancy headdresses typical of soldiers of the past, who are not accustomed to hiding from the enemy, have long gone. They were replaced by camouflage and camouflage. But now this is not an indicator of a war participant. A civilian in the daytime, mining a road at night - who is he, a terrorist, or a warrior leading a war with asymmetric methods? And an honest entrepreneur who helps a group of such “peaceful citizens” financially, he doesn’t participate in the armed struggle at all - who is he, not indifferent to the sufferings of the people, or an agent of foreign special services? And a student who calls his fellow citizens on social networks to act against the authorities and the state - does he have a sharpened sense of justice, or is there a curator who knows the true goals of this activity? Separating a civilian from a war participant is almost impossible. A person of a peaceful profession can lead a double life or sincerely believe that his activities directed against unjust power will benefit the country, not external power, may cynically sell the Motherland, or sincerely mistaken - all this is not important. It is important that he acts in the interests of another country, bringing harm to his own. He participates in the war whether he understands it or not. If he understands, he will not tell about his true intentions and will not stand up in front of the enemy openly, if he does not understand, he is convinced of the benefits of his activity. But his actions are always directed against the state, which is the object of aggression.

All this does not negate the importance and role in the modern war of the armed forces. The war simply ceased to be the lot of a narrow group of armed people and became a total confrontation, where the aggressive influence becomes complex and all-encompassing, attracting all means of aggression, besides the military. And the object of the impact of military and non-military forces will be the entire population, without division into innocent people and soldiers, involving the entire territory and the inhabitants of the object of aggression. The conditionality of peacetime and civilians is explained precisely by the breadth of the means used. But the variety of methods of unarmed struggle does not abolish the use of military force. It just becomes part of the impact, not the only force. Information warfare, diplomacy, economic pressure, the activities of special services, humanitarian missions, the activities of public organizations, military actions are so closely intertwined that they are already openly called "power diplomacy."

It is interesting here that the Russian army, which largely preserved the aristocratic spirit of the past, ambiguously perceived the civilian defense minister. Meanwhile, the Americans subordination of the military to the State Department and personnel migration from the special services and the armed forces to civilian positions, and vice versa, are due precisely to an integrated approach to the instruments of state policy. However, there are no serious aristocratic traditions there, and any military man feels more like a guy in a dangerous but important job or a statesman (if he is in senior management) than a representative of a special caste.

Summing up these reflections, we come to the conclusion that modern war is not only armed confrontation, but also any struggle of a state against a state or a group of states (allies), with other groups. The soldiers of this war are not only people of the military profession, having in their hands weapon, but also all citizens who are involved in aggressive actions, or resist the subordination of others' interests. By and large - we are all at war.