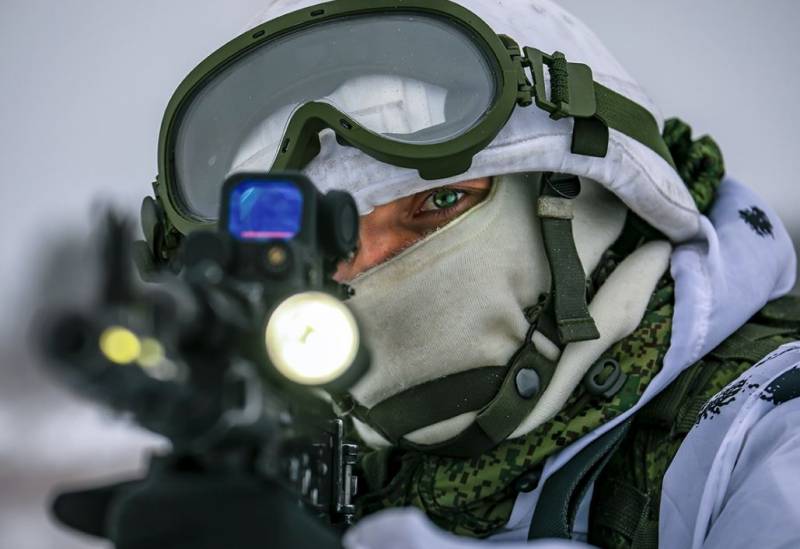 According to Wiadomosci, the migration crisis on the Polish-Belarusian border can play the role of a kind of screen in order to attack Ukraine. They say, while the West is watching the development of events with migrants, Russia will invade Donbass or other territories of Ukraine. In Poland, they believe that the concentration of Russian troops on the border with Ukraine contributes to a further increase in tension and the growth of the economic crisis.


Europe, the authors of the Polish edition warn, may fall into an even greater dependence on raw materials from Russia. Moscow will be happy to take advantage of this, dictating its conditions and rules of the game to the EU countries. In addition, a number of European media outlets claim that in addition to Russia and Belarus, the Turkish special services are also involved in the escalation of the migration crisis in Belarus. It is the Turkish airline that plays an important role in the delivery of refugees to Poland. It seems that Polish analysts have been half asleep for the past few weeks, as Turkish air carriers have refused to transport citizens of Afghanistan, Iraq, Syria and other Asian and African countries to Minsk. Moreover, Polish experts cannot clearly indicate where exactly is the border of Ukraine, near which the Russian troops are supposedly concentrated.

At the same time, the publication writes that the deterioration of the situation with migrants strangely coincided with another growth of contradictions between Russia and NATO. After the alliance reduced the presence of the Russian military at its headquarters, more active clashes between migrants and Polish security forces began on the border of Poland and Belarus. Warsaw believes that the Belarusian special services only fueled the activity of migrants and sent them to the Polish border.

The displacement of the Russian army is a new stage in the attack on Europe.
According to the Polish newspaper, the migration crisis is just one of the stages of a larger operation. Russian troop movements also fit within this strategy of weakening the West through hybrid warfare methods. Russia aims to invade Ukraine, and therefore, according to the Polish political scientist Michal Pekarsky, provokes the migration crisis on the border with Poland to divert attention. As a result, Warsaw is forced to use impressive forces to guard the border, and not only the border service and the police, but also the army, which, in general, weakens the possibility of Poland's military participation in any other conflicts.

The Polish press writes that Ukraine borders on two Russian military districts - Western and Southern. It was the Southern Military District that played a key role in the actions in Crimea and Donbass, Polish experts are convinced. The Okrug regularly conducts military exercises with the participation of various types of troops - air defense, engineer-sapper units, airborne troops. The Polish press is also worried about the recent announcement of the Russian Ministry of Defense on the deployment of a new airborne brigade in Crimea.

Another area of ​​strengthening the Russian military presence is the Kaliningrad region. Here, according to the Polish press, there is a consolidation and enlargement of army units. A new motorized rifle division has been created, the forces of the marines and coastal defense are being strengthened.

Increasingly, in the West, and Poland is no exception, they talk about Russia's impending attack on Ukraine in early 2022. Although there are more balanced positions. For example, the opinion is voiced that in the West the theme of Russian aggression is often used solely to earn money or create a name with the help of hype.

The comments of Polish readers are also interesting. So, one of the commentators writes that the West will not help Ukraine, and it is time to admit, as well as the fact that Poland will not fight for the interests of Kiev either.

It would be strange if the Russian government did not react to the concentration of foreign troops on its borders. After all, the intensification of the actions of NATO troops on the Black Sea in the Crimea region, the strengthening of the presence of our Polish soldiers on their border provoke a further intensification of military activity in Russia,
- another Polish commentator tries to explain the movements of Russian troops.

Another reader emphasizes that if Russia seizes Ukraine, the West will once again "wipe out", since the only thing that the US and NATO can do is to impose new sanctions against several officials.

In general, readers of the Polish media are very skeptical of the alarmism that Russia is going to attack Ukraine and even more so Europe.