From Algeria to Yemen: Why is Hillary Clinton surprised? 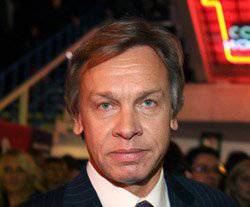 This week, the entire Middle East was swept by a wave of protests in connection with the release of the American film “The Innocence of Muslims”, which contains outright mockery of the Prophet Muhammad. Unrest began on Tuesday in Benghazi: US ambassador Chris Stevens and three other embassy personnel were killed there. In a matter of hours, Muslims from Tunisia, Yemen, India, Lebanon, Pakistan, Egypt, Bahrain, Algeria, Morocco and even Australia joined the anti-American speeches in Benghazi, where about a thousand people came to the American consulate on Saturday with posters "Our dead are in paradise, and yours in hell "and" Cut off the heads of those who insult the prophet. "

The protests were unprecedented fierce in nature and were accompanied by sharp clashes with the police. In Cairo, three people were shot dead, dozens were injured. In Tunisia, protesters staged a pogrom on the territory of the US embassy and in an English school. The US ambassador was evacuated from the embassy by helicopter. As a result of the 3 attack, the demonstrators died, more than 30 were injured. In the Sudanese capital Khartoum, not only the US Embassy was attacked. The protesters also broke into the embassy of the Federal Republic of Germany and hoisted the black flag of the Salafis above it. And in the capital of a close ally of the United States — Jordan — the crowd chanted: “Listen, Obama, we are all Osama,” and “We don’t want the US Embassy in Jordan!”

What is the reason for such an explosion of anti-American sentiment in Muslim countries? The US is trying to find here a conspiracy of anti-Western radical forces, but it seems to be another matter. Unlike what Washington thinks, it was all predictable. The stupid enthusiasm of the American press and some politicians about the "Arab Spring" and before seemed strange. Now it has finally become clear: the United States could successfully deal with the Arab dictators, but could not deal with the Arab peoples. And they must blame their own policies.

Russia has repeatedly warned the United States and Western countries that they do not calculate the consequences of their actions in the Arab world, especially in those countries where they support the armed opposition and organize military interventions. Unfortunately, they do not hear our warnings, or rather do not want to hear.

"How so? Our diplomats are killed where we have helped people free themselves from tyrants?" - is perplexed or pretends to be perplexed, Hillary Clinton. In fact, everything, alas, is natural. Two tectonic rifts converge between the USA and the Arab world.

The first fault is emotional, which means political. Yes, from Libya to Syria, rebels can demand support from the US weapons, money, ground invasion and NATO air operations, they are ready and will use all of this to come to power, but a large, if not absolute, part of the population in these countries of the United States does not feel any good feelings for the United States. Contacts with a narrow leadership of the top, which came to power in Libya instead of Gaddafi, were mistaken in the United States for rapprochement with all the Libyan people. But the people of Libya are not grateful to the United States, especially since many Libyan families have lost relatives and friends as a result of missile and bomb strikes of the US and NATO air forces.

Today, Hillary Clinton enthusiastically considers the days that remained, in her opinion, in Bashar Assad in Syria, and warmly supports the Syrian rebels. But who exactly does she support, who are these people, what are their ideals and beliefs? And where is the guarantee that soon they will not turn against the United States? There are no guarantees. Moreover, there is practically a guarantee that radical Islamist groups that are already actively manifesting themselves will establish themselves in Syria. And instead of a secular and rational state that was in Syria under Assad, instead of a country where all ethnic groups and all religions lived in peace and harmony, we will get a second Iraq. Russia has repeatedly warned the United States and other Western countries about this. But, blinded by their own limited and geopolitical calculations, they are not able to accept these warnings.

The second fault is ideological. In the West, they mistakenly believe that they can, referring to the freedom of speech, endlessly mock Islam and the Prophet Mohammed. They can defend the right to caricatures, to burn the Quran and create anti-Muslim films. It has nothing to do with freedom of speech. After all, much more that is considered forbidden in the West, freedom of speech does not apply. Otherwise, today they would not have tried with such frenzy to imprison Julian Assange. Attacks on Islam and its shrines are not freedom of speech, it is freedom of hatred. Muslims respond to this with their own hatred. Constantly indulging in anti-Islamic attacks, Western leaders not only provoke the crowd from Tunisia to Afghanistan, they give powerful weapons to the hands of Islamist radicals, who have the opportunity to call on all new and new Muslims for jihad.

All this is so obvious that sometimes even suspicion arises: and maybe all this is done on purpose? In the name of some not completely understandable, but very far-reaching goals, in the name of a policy that requires heightening hatred between the West and the Muslim world and requires a conflict of civilizations? But if so, then this is the most dangerous game with fire. We have already seen its consequences in Iraq, we see it in Afghanistan, and we will probably see more than once. And this most dangerous game must be stopped.