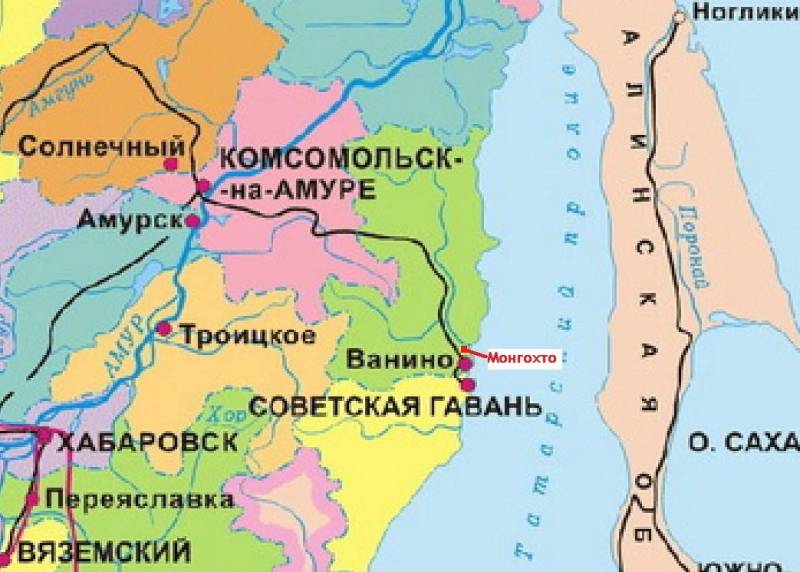 I've been telling stories about my service in the sea aviation Pacific fleet and completely forgot to tell about the very garrison where I served for almost 26 years.


Now I'll tell you everything and even show you.

The garrison in which I served is officially called "Stone Creek" in military language.

Yes, there really is a stream flowing through the town, which is marked on the maps as "Kamenny stream". Hence the name of the garrison.

This was the name of the railway station closest to the village, which is now destroyed.

What exactly the word "Mongohto" means, no one knows, not even the aborigines called Orochi. To be honest, the garrison was built in a very wild place, and when someone says that Mongohto translates as "valley of death", then he wants to believe. But this is a myth.

The nearest civilian settlement to the garrison is Datta, where aborigines live - Orochi, who work in a fishing collective farm. The village - this is a strong saying, or rather - a place of compact residence of the aborigines.

The nearest center of civilization is the village of Vanino. It is about 30 km away, and the village is famous for its large port and the song about “I remember that Vanino port”. The town of Sovetskaya Gavan is 70 km from the garrison. Although, as it seems to me, the name "city" was given to this settlement in advance.

That's all there is around the garrison that you can pay attention to.

It takes 12 hours to get to the nearest real city of Komsomolsk-on-Amur by train, and to the capital of the Far East - Khabarovsk, it takes about 24 hours by train. Now we have laid a road from Vanino to the Khabarovsk - Komsomolsk-on-Amur highway, but I would not risk driving along it.

Until the mid-90s, the garrison was considered one of the largest aviation garrisons in the country; an aviation missile-carrying division of two Tu-16 regiments, later Tu-22m2 (3), a separate anti-submarine aviation regiment on the Tu-142 and many support units were based there. The population of the garrison was approaching 10.

What is happening in the garrison now, I will not tell, I will say briefly - there is nothing to rejoice at.

Well, a couple of stories related to the unusual name of the garrison.

On one of my first vacations in Lugansk, I met with my classmates at the navigational school. We went to the best bar in the city, Pernik, and began to share our impressions of the service. Comrades were graduated in the profile of military transport aviation (BTA), have already flown around the world and boasted:

- We visited Africa, the countries of the socialist camp - the GDR, Poland, Hungary ...

I have nothing to brag about, I am sitting, I am silent, I was trained in the profile of naval missile-carrying aviation (MRA), our regiments are based in the country, along the perimeter, basically.

One of the VTA-shnikov cannot stand:

- Why are you keeping silent? Where do you serve?

- How? Mongohto? Which country is this?

Usually money was transported on vacation "on a letter of credit", this piece of paper is so valuable, you hand it over to the savings bank - you are given money.

I came on vacation to Lugansk, my parents lived there, went to the savings bank to get the money, gave the cashier a letter of credit, which was issued to me at the Mongokhto savings bank, and then a misunderstanding happened.

The cashier tensed, looked askance at me, took my letter of credit and quickly fled into the depths of the savings bank. After a while, the cashier returned with a support group - a manager and a policeman, and they began investigative actions:

- Tell me, suspect, is there such a city in the Soviet Union - Mongohto?

- There is no town, but there is a settlement and there is a savings bank there, you see, the seal says “Mongohto”.

In short, they gave me the money, but a little later, after consultations with a superior savings bank.

And I'll also tell you about a little military secret, well, this one - used.

Long ago, my Motherland, the Union of Soviet Socialist Republics, built the Tu-144 supersonic passenger aircraft. It’s not that it’s really bad for us to live without this curiosity, but just in case, so that all overseas foreigners know that we can build a lot, although we can not always explain why. 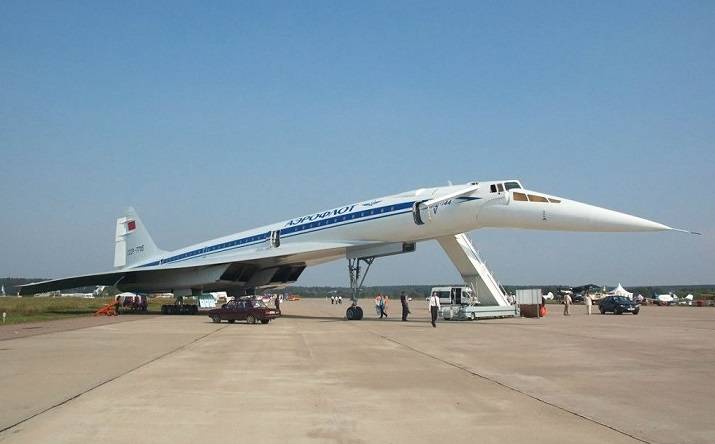 Tu-144
However, we are still walking the same road, following the same rake, it is enough to remember the fuss with the "passenger Tu-160".

So, the plane was built, it boasted to the whole world, and then I suddenly became thoughtful - why is it needed?

Well, we flew on it from Moscow to Alma-Ata, realized that it was very expensive to operate, and decided to attach it somewhere.

Where we don’t count money?

In the army! That's where we'll give it, to Long-Range Aviation. Long-range aviation does not want to take, they say, we have few passengers, and our passengers do not need to fly so fast, and this plane cannot shoot.

Well, then we'll send it to the Navy, they like everything big there.

The fleet itself does not seem to mind and even decided that they would make a long-range reconnaissance target designator or even an electronic warfare aircraft out of this monster, but the aviation of the fleet resists, they say, why do we need this fool: neither sing nor whistle ...

And the naval strategists came up with - let the reconnaissance, and then put interference on supersonic, quickly and a lot, your missile carriers will cover when you fly with divisions to strike at aircraft carriers.

While scientists were thinking about what kind of reconnaissance and target designation to insert into the plane, they suddenly very unexpectedly made a decision in advance to equip the infrastructure for the monsters and immediately began to build parking for them, because the planes are large - and they need large parking lots.

Where are we going to build?

Yes, in the most inconvenient place, where a normal person would never think of placing these giants. The plane will be secret, so we need to build secret parking, apart from others, then we will surround this area with barbed wire, and we will not let anyone there.

How many parking lots do you need?

Well, we haven't decided on the number yet, so build a dozen, for starters, and we'll see. They managed to build several parking lots, and then the concept changed ... 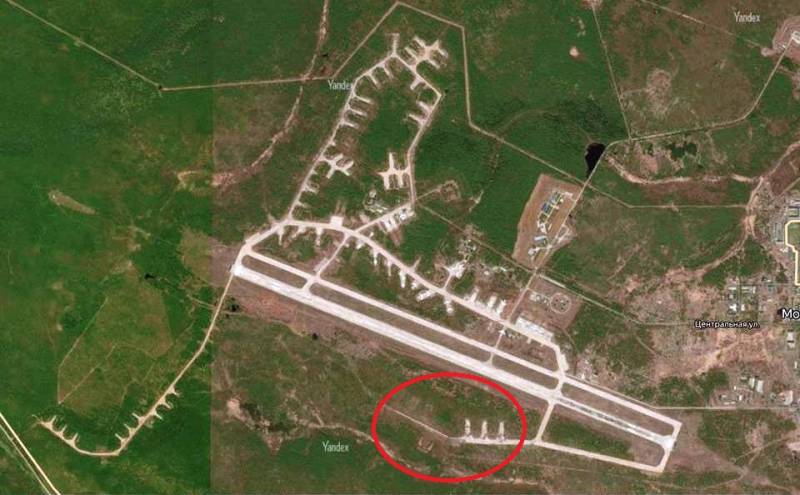 Those same parking lots
So these huge parking lots with embankments remained, no one needed, we set up a shooting range in them. Pilots and technicians need to shoot a pistol so they don't forget how it's done?