The voyage of Peter the Great: the Russian fleet returned to the waters of the Arctic 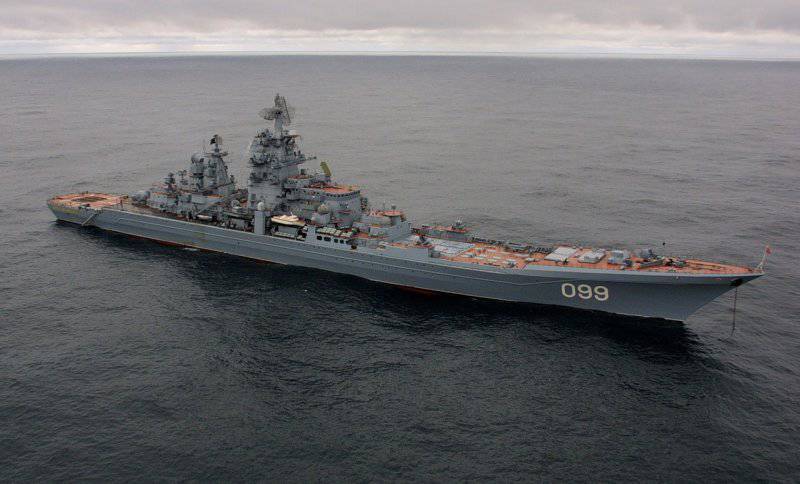 Russian sailors have resumed their presence in the Arctic. After a long break, the crew of the nuclear-powered cruiser Peter the Great conducts military exercises in the Barents Sea. Training continues every day. Marines and pilots work out joint actions.

Somewhere deep in the lead fog of the Barents Sea, the heavy nuclear cruiser Peter the Great slows down almost to zero. The crew of the ship is built on the helicopter deck. Lined up to pay tribute to the memory of the sailors who died here during the years of the Great Patriotic War and in peacetime. The last tragedy that occurred in these waters is the death of the Kursk nuclear submarine. In complete silence, the wreath is lowered into the water. A warship gives a farewell horn. “Naval traditions will remain forever,” says Arkady Mogilevets, deputy ship commander for work with personnel. “It is very important for us to remember those comrades who are no longer with us.”

"Peter the Great" again falls on the same course and is gaining momentum. The atomic cruiser continues its march, each day rising higher in the latitudes of the Arctic Ocean. Behind - more than a thousand nautical miles. All this time, the voyage was accompanied by sharply changeable weather, rolling, strong wind. And yet the crew’s work on this huge ship proceeds according to a well-defined plan.

By alarm, in a matter of minutes, it is put on alert and the deck rises into the air aviationK-27 helicopters. This is their first take-off from the deck of a cruiser here in the Arctic. “Deck aviation did not fly in such latitudes for a very long time. We met a lot of new things,” says Andrei Vrublevsky, commander of the aviation group. Takeoffs and landings take hours. All this time, the Marine Corps is working out fire cover for the helicopter landing site. Landing loading and instant take-off. Over and over again, commanders get their subordinates to be fully automatic. The exercises of various units take place literally every day. "The exercises on air defense, anti-submarine defense, on the application weapons, the use of technical equipment ", - explains Vladislav Malakhovsky, the commander of" Peter the Great ".

And yet on this formidable cruiser there is a place for quite peaceful, even domestic things. Here, for example, the big cleaning of the ship. Yes, so that all the copper or brass parts literally sparkled. Or the case with midshipman Andrei Prokhorov. When he was already at sea, a message came from the shore that he had a daughter. Congratulations and gave gifts to the whole crew. After the holiday dinner, Andrew recalls how he wanted to take the spouse from the maternity hospital himself, to take the daughter first. But service is service. “It's okay. On the shore, I have a mother, friends,” says Andrei. “And my days will run even faster, bringing the moment when I will see my beloved wife and child.”

The expedition to the Arctic of the Peter the Great nuclear missile cruiser is the actual return of the Russian naval fleet into a strategic area important for Russia. And, according to the naval doctrine, warships under the flag of St. Andrew will now be present here permanently.