18 September 2012
18
The last vessel of the “667 family” and the last Soviet submarine missile carrier of the 2nd generation (actually smoothly switched to the third generation) was the 667-BRDM strategic missile submarine cruiser (SSBN) (code “Dolphin”). Like its predecessors, it was created at the Central Design Bureau of Marine Equipment “Rubin” under the supervision of the General Designer, Academician S. Kovalev. (main observer from the naval fleet - captain of the first rank Piligin Yu.F.). A government decree on the development of a submarine nuclear submarine was issued on 10.09.1975/XNUMX/XNUMX. 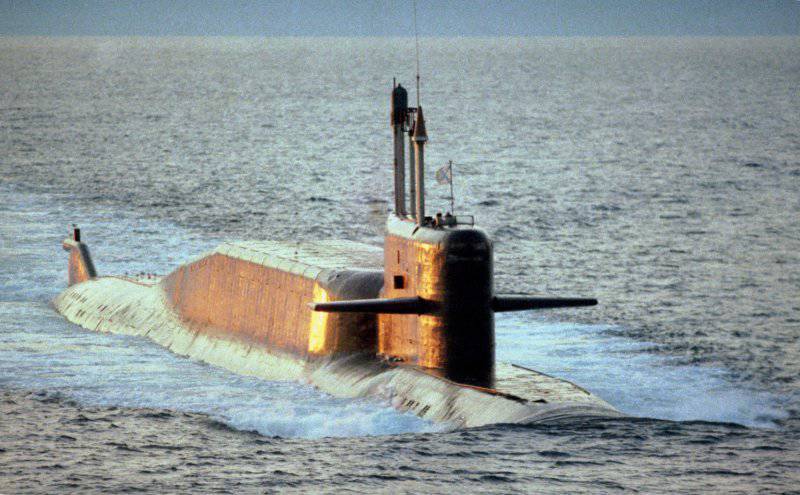 The basic one weapons The submarine was supposed to be the D-9РМ missile system, which has X-NUMX intercontinental liquid missiles, Р-16РМ (RSM-29 - contractual designation, SS-N-54 "Skiff" - designation of NATO), which had increased range, divorce radius and accuracy blocks. The development of the missile system began in 23 year at KBM. The creators of the complex were focused on achieving the maximum technical level and tactical and technical characteristics with limited changes in the design of the submarine. The new missiles were superior in combat capabilities to all modifications of the most powerful American Trident missile systems, while having much smaller dimensions and weight. Depending on the number of warheads, as well as their mass, the range of fire by ballistic missiles could significantly exceed 1979 thousand km. The P-8,3РМ was the last rocket developed under the leadership of VP Makeyev, as well as the last Soviet liquid intercontinental ballistic missile - all subsequent domestic ballistic missiles were designed as solid propellant.

The design of the new submarine was a further development of the project 667-BDR. Due to the increased dimensions of the missiles and the need to introduce design solutions to reduce sonar visibility, the submarine had to increase the height of the fencing of rocket mines. The length of the stern and fore ends of the ship was also increased, the diameter of the robust hull increased, the light hull lines around the first and third compartments were somewhat “filled up”. Steel, which was obtained by the method of electroslag remelting, was used in a strong case, as well as in the construction of intersectional and end bulkheads of the submarine. This steel had an increased plasticity.

When creating a submarine took measures to significantly reduce the noise of the vessel, as well as to reduce interference with the operation of sonar equipment. The principle of the aggregation of equipment and mechanisms was widely used, which was located on the frame of the general depreciated relatively strong hull. In the area of ​​energy compartments, local sound absorbers were installed, the effectiveness of acoustic coatings of durable and light bodies was increased. As a result, according to the characteristics of sonar visibility, the nuclear submarine approached the level of the American Ohio ballistic missile submarine of the third generation.

The main power plant of the submarine consists of two water-cooled reactors VM-4СГ (power of each 90 mW) and two steam turbines OK-700А. The rated power of the power plant is 60 ths. L. with. On board the submarine there are two diesel generators DG-460, two turbo-generators TG-3000, and two electric engines. course (power of each 225 HP) the submarine is equipped with five-blade low-noise propellers with improved sonar characteristics. Hydrodynamic special is installed on the light housing to provide the screws with a favorable operating mode. A device that aligns the incoming flow of water.

In the project of the submarine of the project 667-BDRM implemented measures to improve the conditions of habitability. The crew of the cruiser received a sauna, a solarium, a gym and the like. An improved system of electrochemical air regeneration due to the electrolysis of water and carbon dioxide absorption by a solid regenerating absorber ensures oxygen concentration within 25 percent and carbon dioxide not more than 0,8 percent.

For the centralized control of combat activities, the SSBN of the 667-BDRM project is equipped with the Omnibus-BDRM CMS, which collects and processes information, solves the tasks of tactical maneuvering and combat use of missile-torpedo and torpedo weapons.

On the nuclear submarine with ballistic missiles installed the new SJSC “Skat-BDRM”, which by its characteristics is not inferior to its American counterparts. The hydroacoustic complex has a large antenna with a height of 4,5 and a diameter of 8,1 meters. On ships of the 667-BDRM project, for the first time in the practice of Soviet shipbuilding, a fiberglass antenna fairing was used, which has a rib-free design (this made it possible to significantly reduce hydroacoustic disturbances that affect the antenna structure of the complex). There is also a towed hydroacoustic antenna, which in the off position was retracted into the submarine hull. 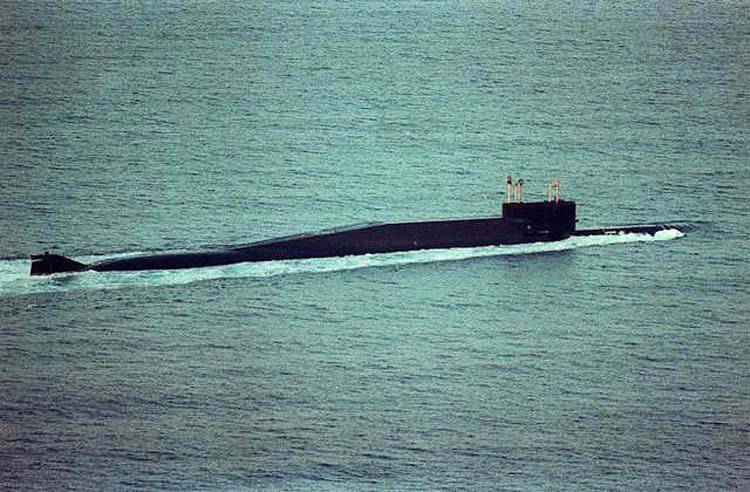 Navigation complex "Gateway" provides the necessary accuracy of the use of rocket weapons to the boat. Specifying the location of the submarine by means of astrocorrection is performed when ascending to the periscope depth at a frequency of every 48 hours.

The 667-BDRM submarine missile carrier is equipped with the Molniya-N radio communications system. There are two buoy-type pop-up antennas that allow you to receive radio messages, targeting signals and a space navigation system at great depths.

The D-9РМ missile system, which was put into service in 1986 (already after the death of Viktor Petrovich Makeyev, its creator), is a further development of the D-9Р complex. The D-9P complex consists of 16 liquid three-stage ampulled R-29РМ (ind. ЗМ37) rockets with a maximum range of 9,3 thousand km. Rocket R-29РМ even today has the highest energy-mass perfection in the world. The missile has a launch mass of 40,3 tons and a cast weight of 2,8 tons, that is, almost equal to the throw weight of the much heavier Trident II US missile. P-29РМ is equipped with a split head, designed for four or ten combat units with a total power - 100 CT. Today, all nuclear submarines of the 667-BDRM project deployed missiles, the combat unit of which is equipped with four warheads. High accuracy (circular deviation of possible 250 meters), comparable with the accuracy of the Trident D-5 (USA) KVO missiles, according to various estimates, is 170-250 meters, allows the D-9РМ complex to hit small high-security targets (MBR launchers, command posts and other objects). The launch of all ammunition can be carried out for one salvo. The maximum launching depth is 55 meters without any restrictions in the launch area due to weather conditions.

The new torpedo-missile system, which is installed on the 667-BDRM submarine, consists of 4 torpedo tubes of 533 caliber of millimeters with a fast-loading system, which ensure the use of almost all types of modern torpedoes, PLUR (anti-submarine-rocket-torpedo), and hydroacoustic countermeasures. 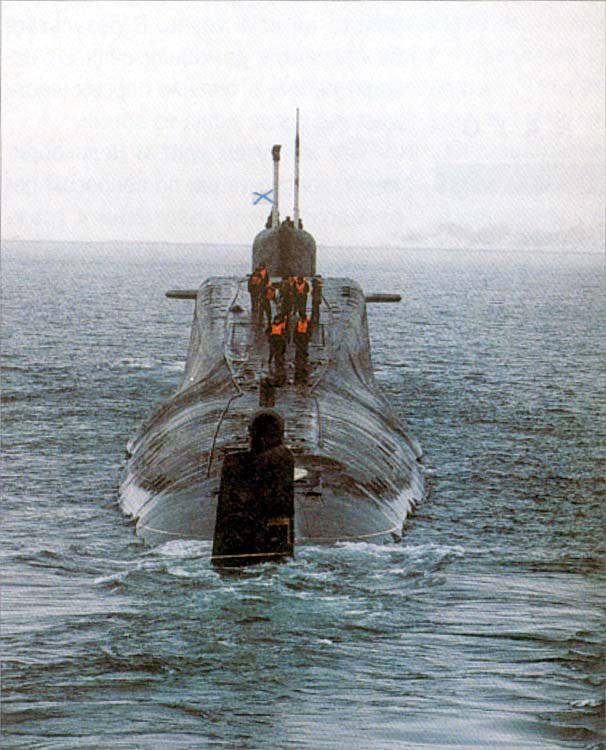 In 1988, the D-9РМ missile system, which is installed on the 667-BDRM project boats, was upgraded: the warheads were replaced with more advanced ones, the navigation system was supplemented with space navigation equipment (GLONASS), which made it possible to launch rockets along flat trajectories, which made it possible reliably overcome prospective missile defense systems of a potential adversary. Increased resistance of missiles to the damaging factors of nuclear weapons. According to some experts, the upgraded D-9РМ surpasses the Trident D-5 - the American equivalent - in such important indicators as the ability to overcome enemy missile defenses and accuracy in hitting targets.

K-51 - the head missile carrier of the 667-BDRM project - was laid in Severodvinsk at the Northern machine-building enterprise in February of the 1984 year, launched in January of the following year, and in December it was commissioned. In total, between 1985 and 1990, the 7 SSBN of this project was built at the Northern Machine-Building Enterprise. 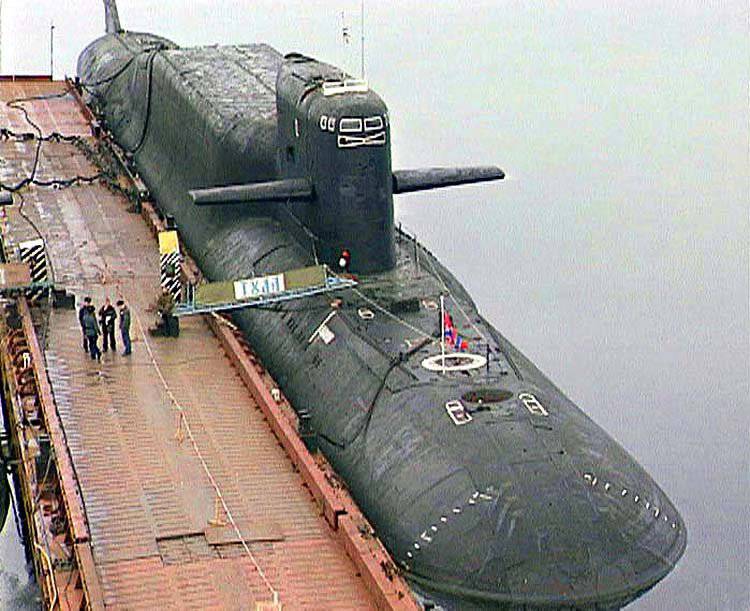 Currently, nuclear-powered submarines with ballistic missiles (according to our classification - the Strategic Missile Submarine Cruiser) of the 667-BDRM project (known in the West as the “Delta IV class”) are the basis of the sea component of the Russian strategic nuclear triad. All of them are part of the third fleet of strategic submarines of the Northern Fleet based in Yagelnaya Bay. To accommodate individual submarines there are specials. Shelter bases, which are reliably protected underground structures intended for parking and for ensuring reactor recharging with nuclear fuel and repairs.

The submarines of the 667-BDRM project became one of the first Soviet nuclear submarines, almost completely invulnerable in the area of ​​their combat duty. When performing combat patrols in the Arctic seas, which are adjacent directly to the Russian coast, the submarines, even under the most favorable hydrological conditions for the enemy (complete calm, which is observed in the Barents Sea only in 8 percent of “natural situations”), can be detected with the latest atomic multi-purpose submarines of the type "Improved Los Angeles" US Navy at distances no more than 30 km. But in conditions that are typical for the remaining 92 percent of the time of year, in the presence of wind at a speed of 10-15 m / s and excitement, nuclear submarines with ballistic missiles of the project 667-BDRM are not detected by the enemy at all or can be fixed with a BQQ-5 type hydroacoustic system at a distance of 10 km. In addition, in the polar seas of the north there are vast shallow areas in which the detection range of boats of the 667-BDRM project even in complete calm decreases to less than 10 thousand meters (that is, almost absolute submarine survival is ensured). It should be borne in mind that the Russian missile submarines carry their combat duty practically in the internal waters, which are well covered by the anti-submarine means of the fleet.

In 1990, on one of the cruisers of the project 667-BDRM conducted a special. tests with the preparation and subsequent launch of the entire ammunition consisting of 16 missiles in a salvo (as in a real combat situation). This experience was unique not only for our country, but for the whole world. 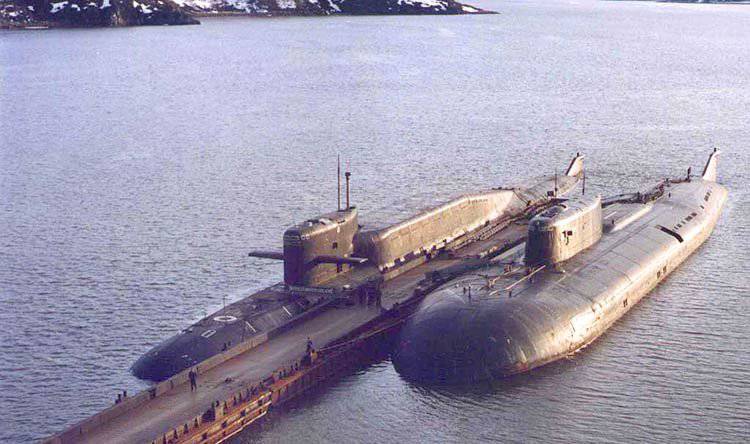 Submarines of the 667-BDRM project are currently also used to launch artificial earth satellites into low near-earth orbits. With one of the nuclear submarines with ballistic missiles of the 667-BDRM project in July 1998, the launch vehicle “Shtil-1” developed on the basis of the R-29РM missile, for the first time in the world launched an artificial satellite of the Earth “Tubsat-N”, a German development (launch performed from a submerged position). Also, work is underway to develop a sea-powered “Stiel-2” of greater power with a weight of output load, which is increased to 350 kilograms.

The service of the missile carriers of the 667-BDRM project will probably continue until 2015. To maintain the combat potential of these vessels at the required level, the military-industrial commission decided in September 1999 to resume production of the P-29РМ missiles. 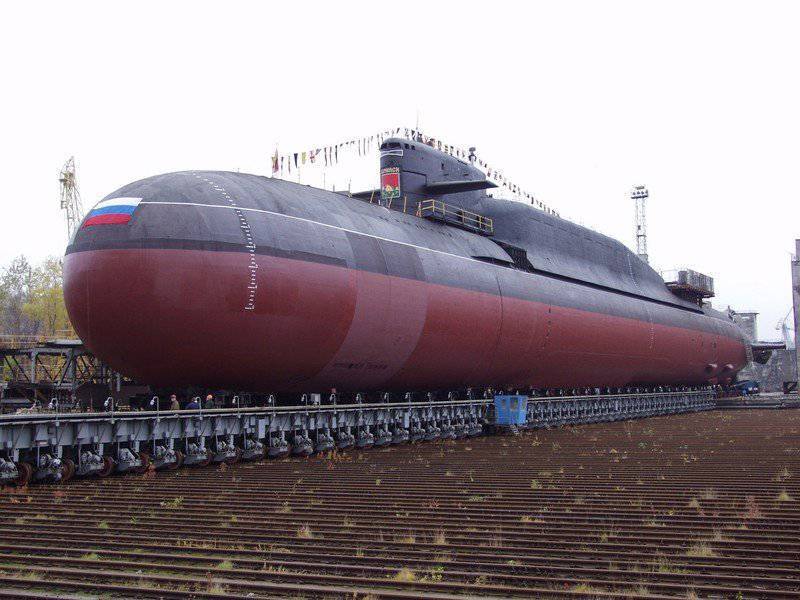 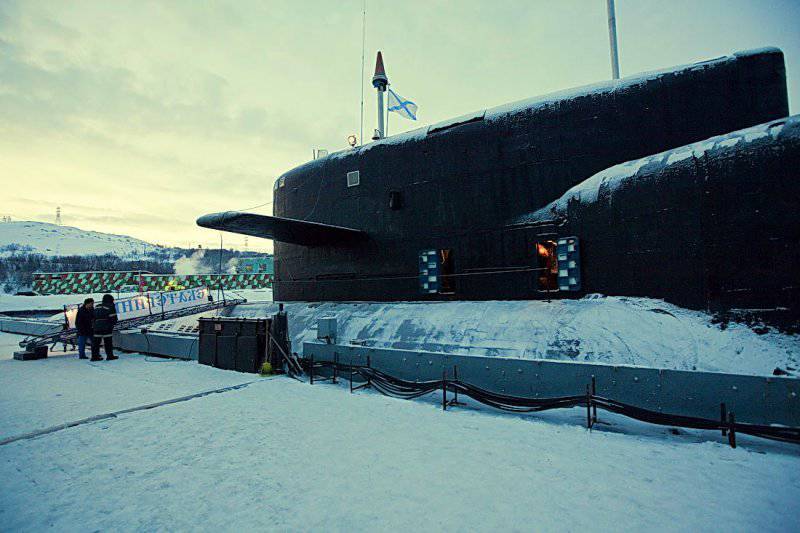 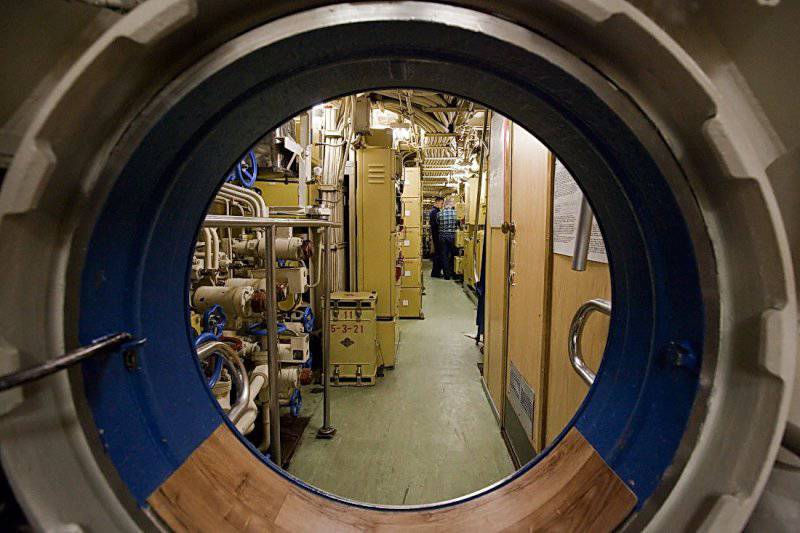 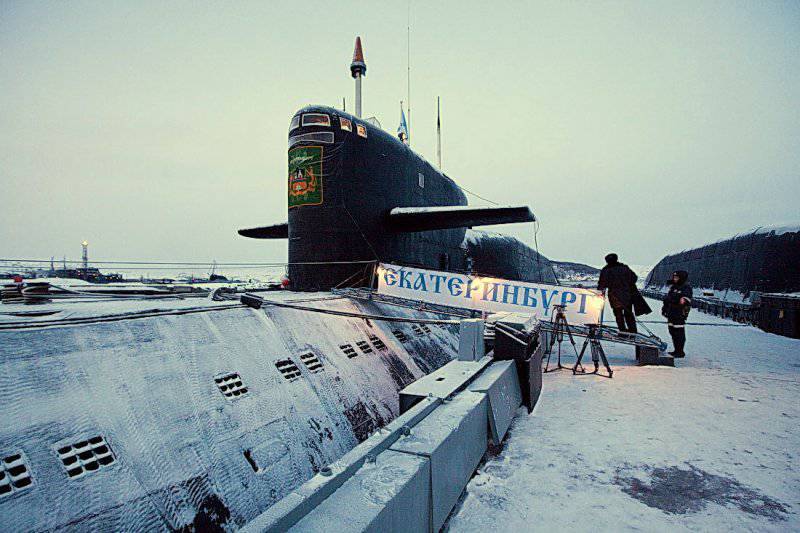 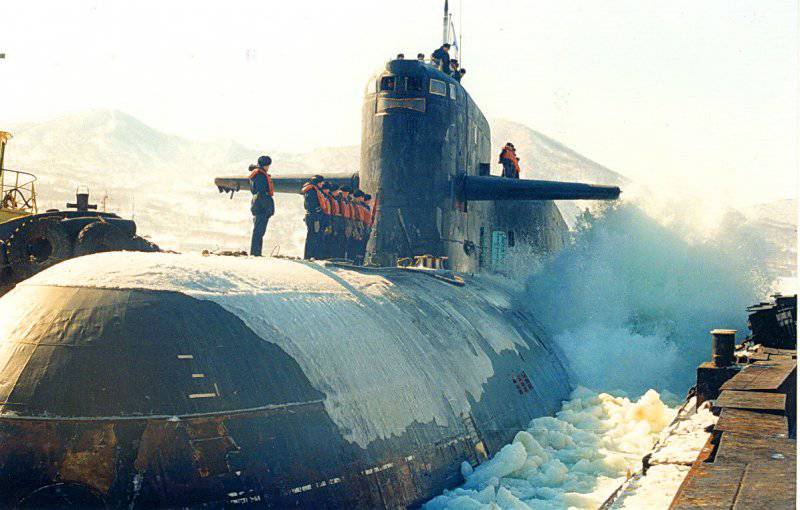 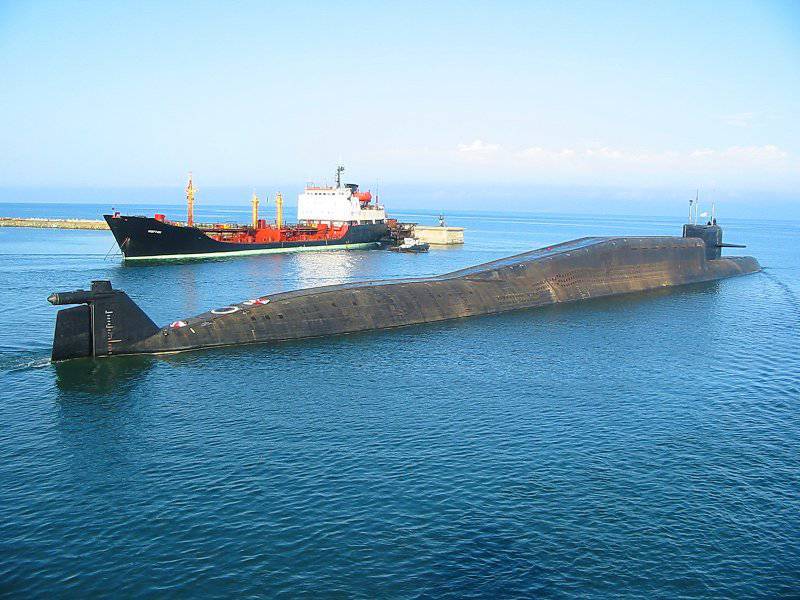 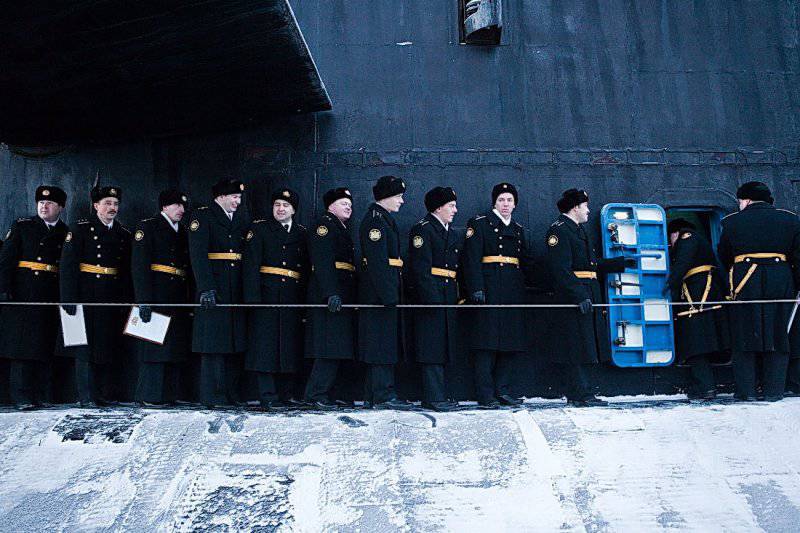 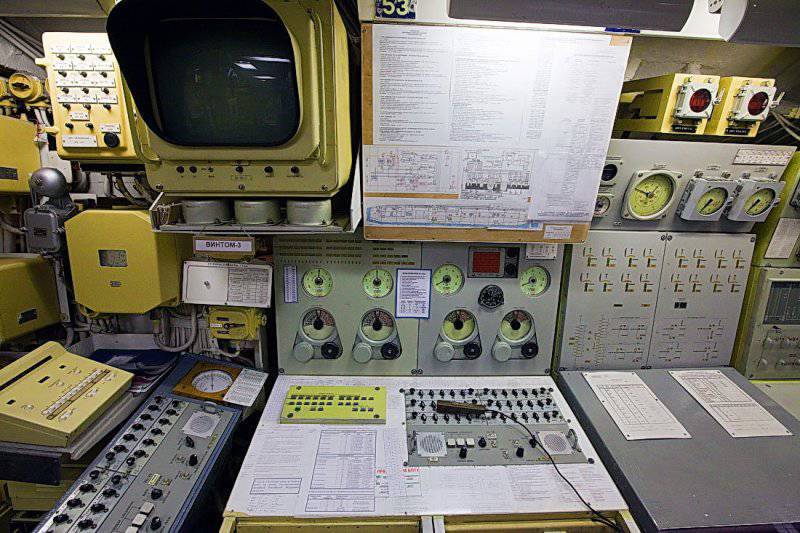 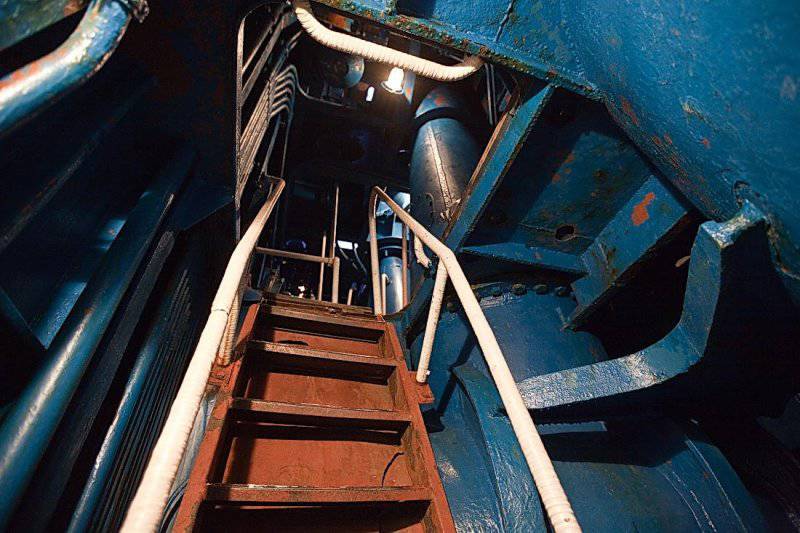 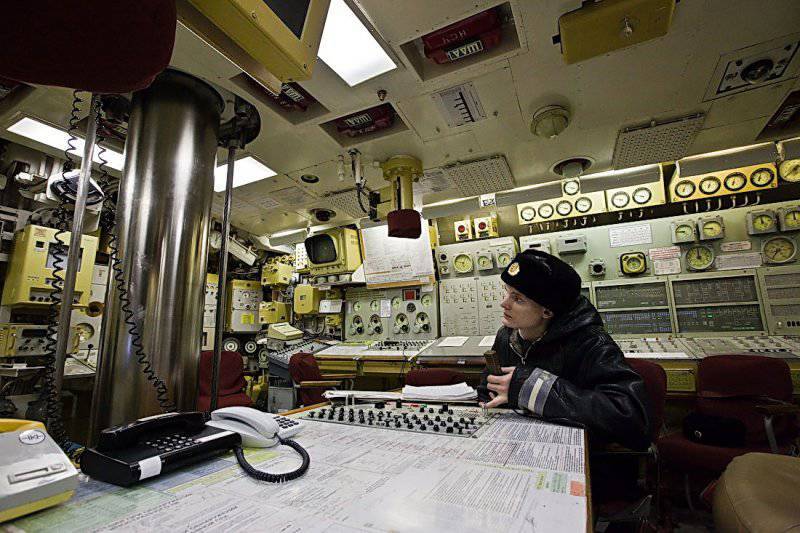 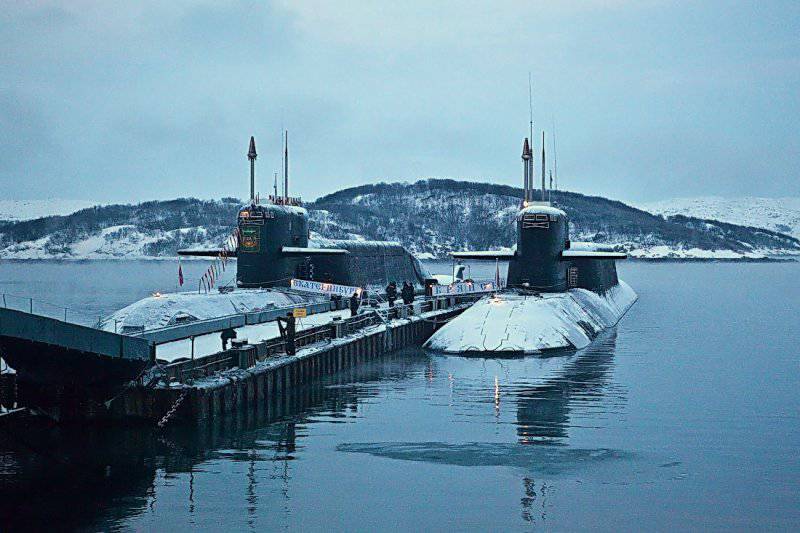 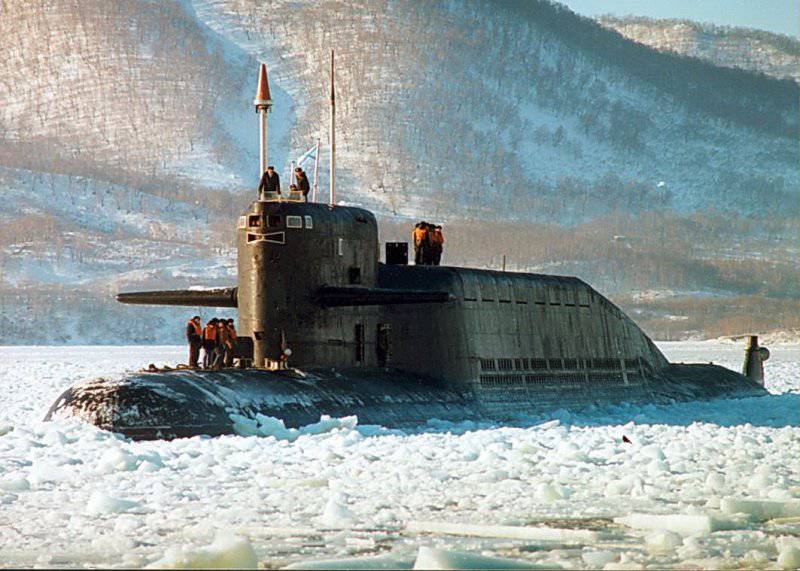 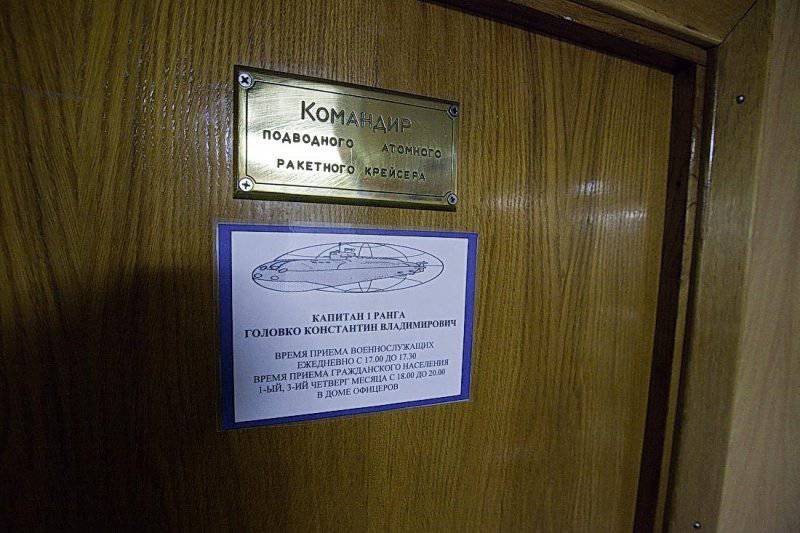 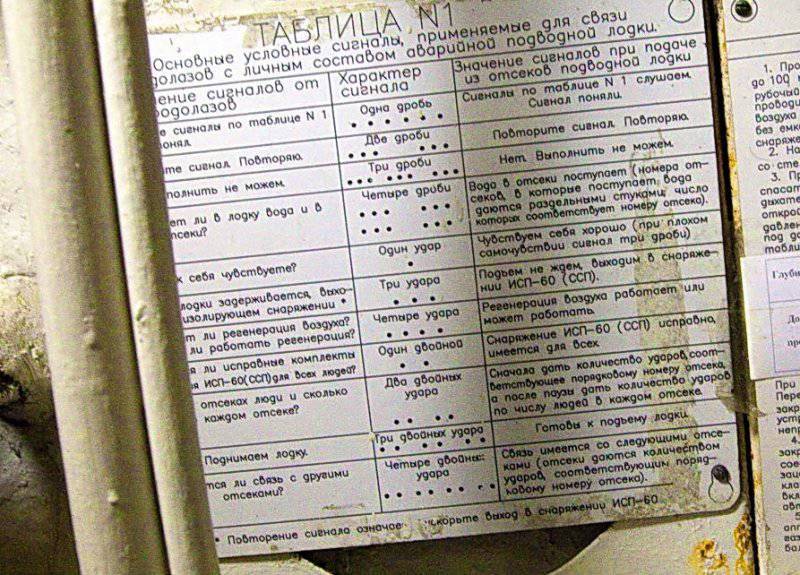 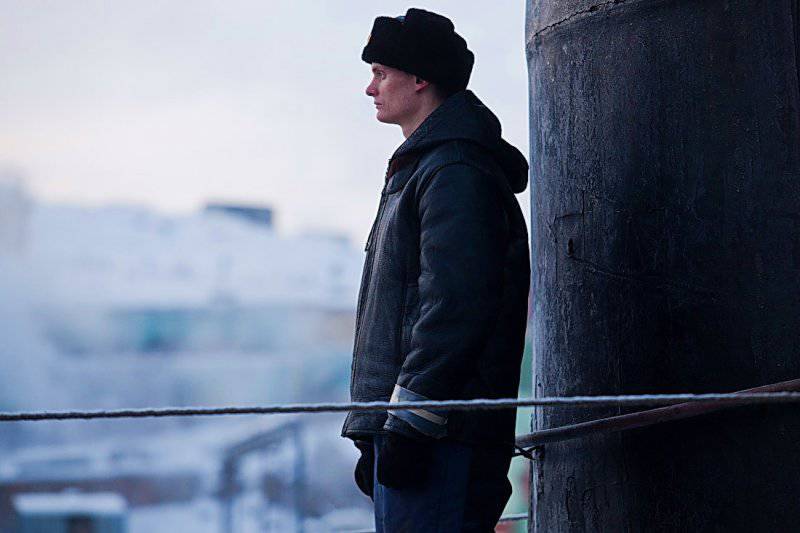 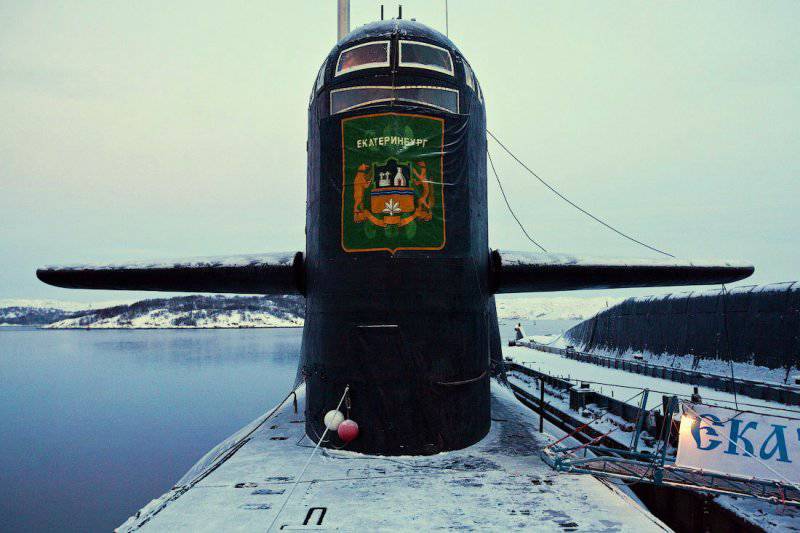 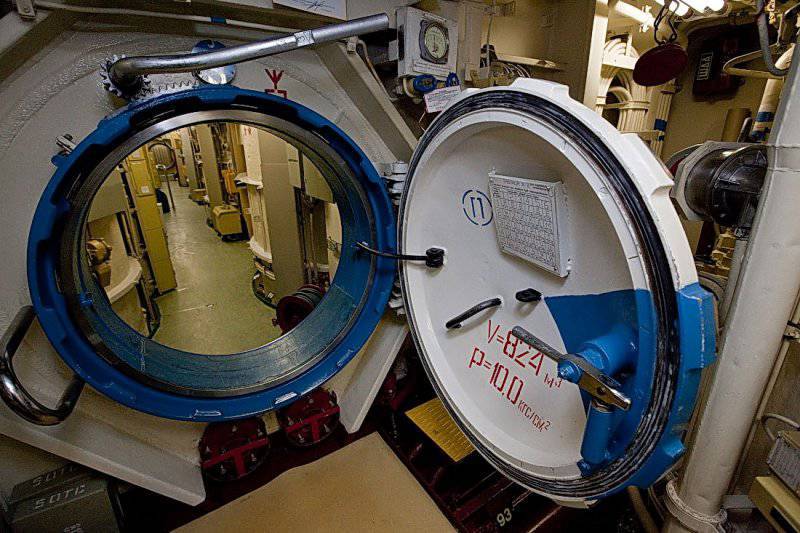 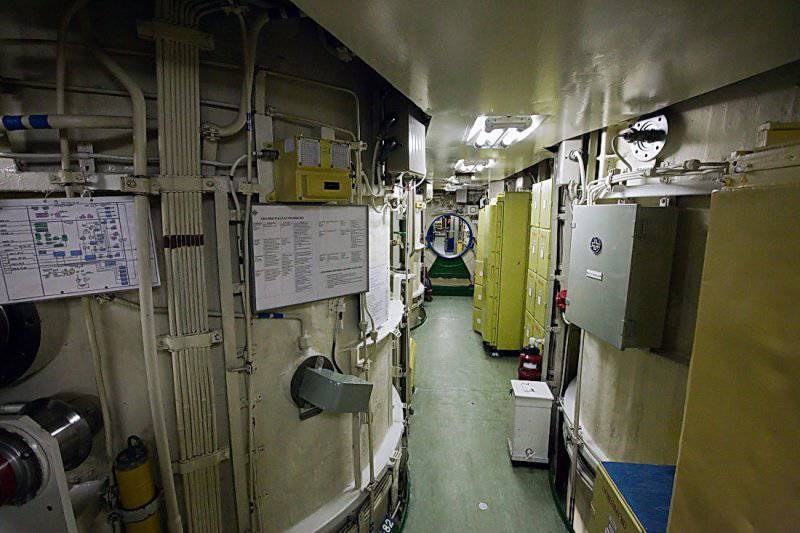 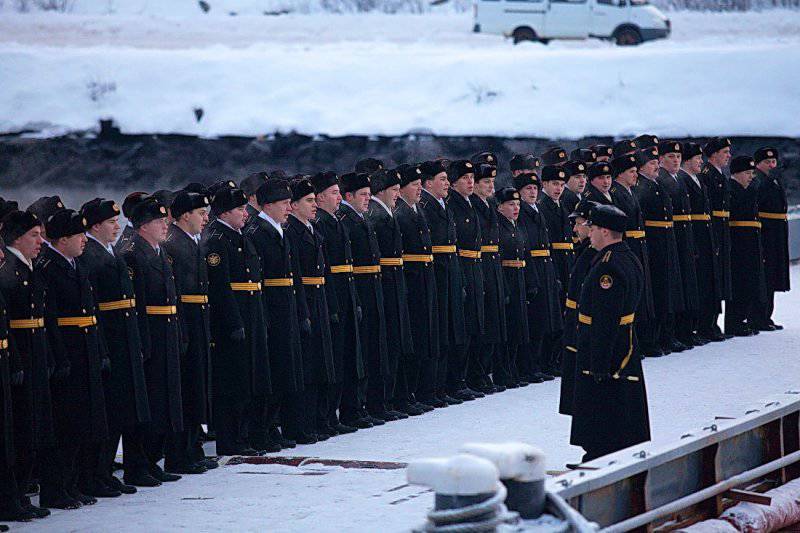 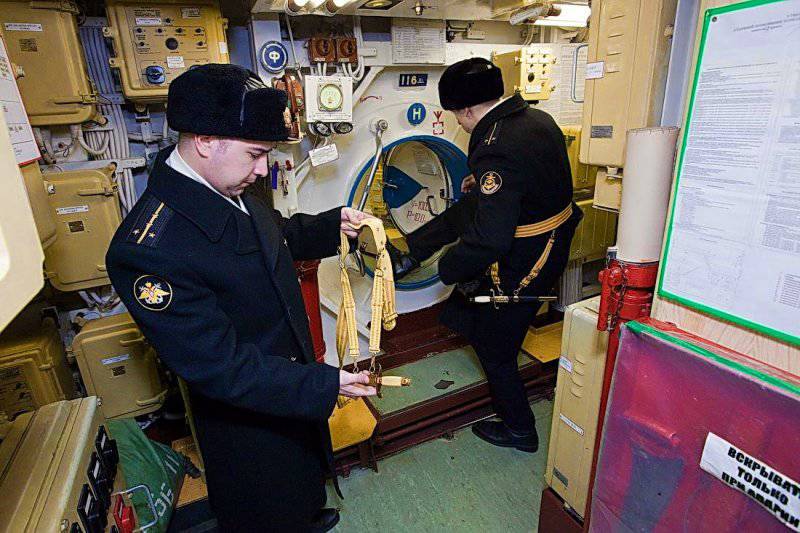 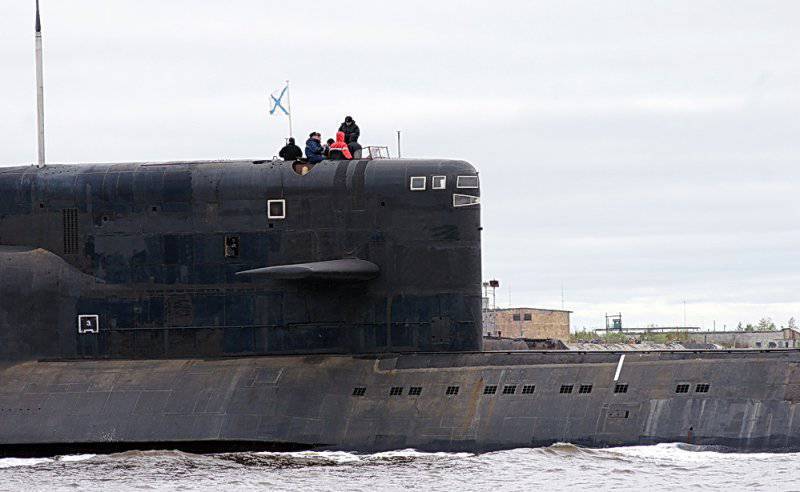 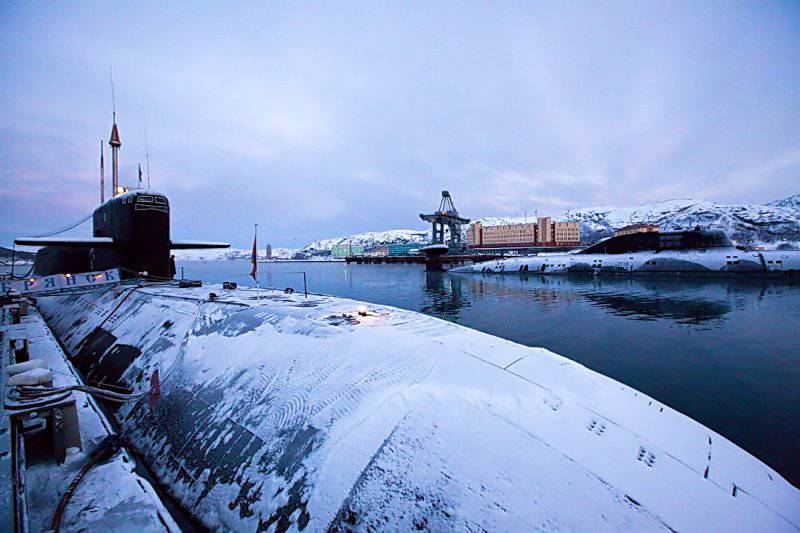