November 23, 2021
34
In a new article from the creators of World of Warships, read about stories creation of German torpedo boats, which were among the best in their class and were exported to other countries.


The First World War forced Germany to create a new class of warships for itself - torpedo boats. The reason for this was the British fleet, which actively operated against the flank of the German army, located near the sea in Belgium. According to the ideas of the command, it was high-speed boats armed with torpedoes that could successfully withstand the fleet Englishmen in such conditions. 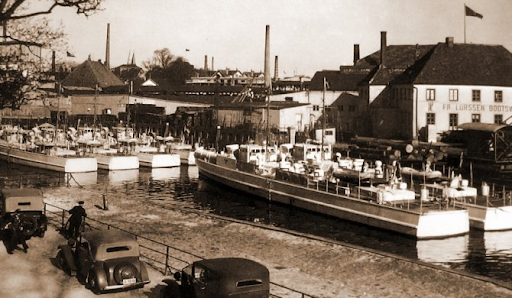 Shipyard "Friedrich Lursen"
The first prototype was built by the Friedrich Lürsen shipyard in Vegesak on April 1, 1917. It had an 11-meter wooden hull, one 350-mm torpedo tube in the bow and two carburetor engines from the airship, which allowed it to develop up to 34 knots of speed. It is noteworthy that the boat could crash into its own torpedo if it fired a shot at a speed of more than 24 knots: the torpedo simply did not have time to pick up speed. All this became clear during the tests, which revealed a number of shortcomings. Despite these results, an order was issued for the construction of a series of six boats.

The serial samples with a displacement of 6 to 7,5 tons had the same wooden hulls with round bilge contours, the length of which (hulls) varied from 14 to 17 meters. Three six-cylinder carburetor engines "Maybach" with a capacity of 240 hp. allowed a speed of up to 30 knots with a sea state of 3 points. The armament included a 450 mm torpedo tube and a rifle caliber machine gun. Each boat was serviced by seven crew members. At the end of the war, the Kaiser's fleet consisted of twenty-one torpedo boats.

The size of the German fleet, including the destroyer, was regulated by the Treaty of Versailles, which ordered the fleet to have 12 destroyers and 12 destroyers with a displacement of no more than 800 and 200 tons, respectively. It was with such ships that Germany entered the First World War, while in the fleets of other countries, ships of the same type were twice as large.

They did not put up with such a state of affairs, and at the end of the post-war political crisis, a search began for solutions that would increase the capabilities of the fleet. The Entente did not prescribe the development of small warships — miners and torpedo boats, since the coastal fleet was part of Germany's defensive naval doctrine.

The tests carried out in the Baltic in the summer of 1927 resulted in the main technical requirements developed by the Mine Torpedo Inspectorate. Namely: the bow arrangement of the two tubes of the torpedo tubes, the 40-knot speed and the low silhouette. 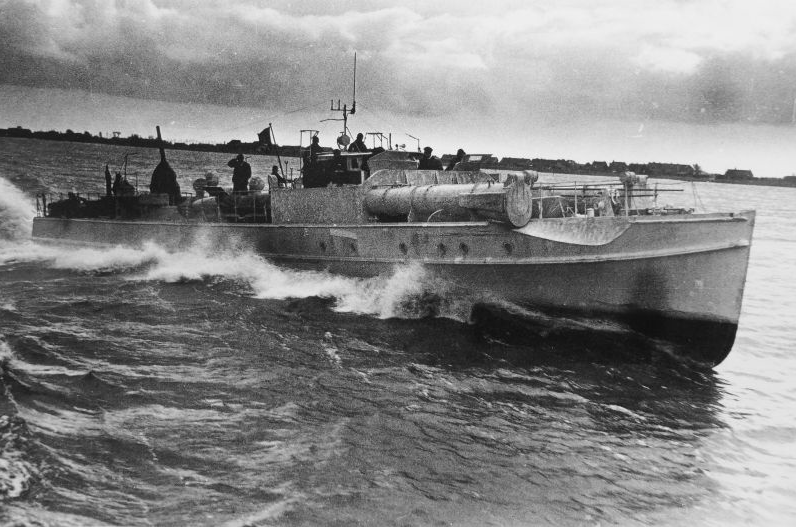 German torpedo boat "Schnellbot" type S-18
In four years, from 1925 to 1929, several experimental models were created. The shipyard "Abbeking und Rasmussen" built the glider Narwal, "Trayag" - K. Both boats with a reduced hull design and 340-mm torpedo tubes in the bow at the first and at the stern at the second. The Friedrich Lürsen shipyard presented the Luer, a modified LM bot.
These models had wooden hulls and Maybach gasoline engines. The red boats did not cope well with the roughness of the sea - at 3 points, the boat began to lose speed due to impacts on the waves. Therefore, the reddened design was abandoned in favor of a rounded bottom. Nevertheless, the boats entered service in 1930 under the numbers UZ (S) -11 (this boat was of an unreported design), UZ (S) -12 and UZ (S) -18.

Towards the end of 1928, naval specialists turned their attention to a motor yacht with a displacement of 22,5 tons Ohek II, built by the Friedrich Lursen shipyard for the American tycoon. The vessel had a hull made of light metal alloys with wood plating and had round bilge lines in the front, which turned into a flat bottom. The speed of 34 knots was achieved by three Maybach gasoline engines, each with 550 hp. It was this yacht that became the prototype for the Schnellboot torpedo boats. 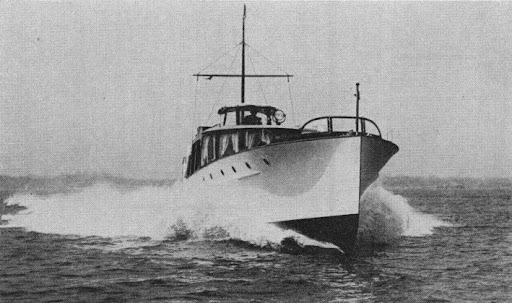 Yacht Oheka II, taken as the basis for the "Schnellbots"
In November 1929, Friedrich Lürsen received an order for the first combat boat. The displacement of the yacht taken as the basis for the project increased to 51 tons. Three Daimler-Benz 900 hp gasoline engines were installed, and for an economical Maybach run of 100 hp. Sea trials have shown the ability to reach 34 knots of speed. The new boat was armed with two 533 mm torpedo tubes and an anti-aircraft machine gun, which was soon replaced by a 20 mm automatic cannon. After entering service, the boat changed its designation three times with an interval of a year, the latter being S-1 (where S stood for Schnellboot, in translation - speedboat).

A year later, S-2-S-5 were ordered, which were similar in characteristics. The increase in the number of "horses" to 3300 did not, however, give an increase in speed. In addition, the bow of the boat at high speed came out of the water, the sides were washed out, and there was a strong splash resistance. The desired speed of 36,5 knots was obtained using the "Lursen effect", which was achieved by installing small additional rudders in the water streams moving from the extreme propellers. Thus, the increase was up to 2 knots, and the auxiliary rudders became an integral part of the design until the end of the war.

By the beginning of World War II, Germany ranked third in the world in the export of torpedo boats. From 1937 to 1939, the shipyards built 13 boats for the fleets of other countries. Two boats with diesel engines went to Bulgaria, three were created for China and eight more for Yugoslavia (the Chinese and Yugoslavian engines were gasoline). In addition, Holland bought a license to build eight boats. The armament differed only in the "Yugoslav" version - a 40-mm Bofors assault rifle, a 15-mm machine gun and 550 mm torpedo tubes for French torpedoes. 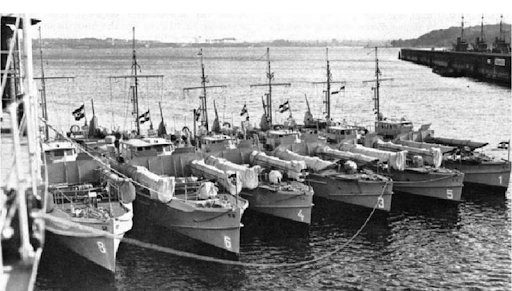 Early "Schnellbots"
At the same time, the final requirements for this class were formed: the cruising range was to be 530 miles at full speed, a maximum speed of 40 knots and a low silhouette. The boats in service met the requirements for weapons, cruising range and seaworthiness, but questions remained in terms of maneuverability and speed.

Subsequent models S-18 and S-19 (a series of two boats were ordered in 1936) were fitted with Daimler-Benz engines, which outperformed MAN engines in terms of reliability. A new MV-501 engine with a capacity of 2000 hp was developed. The ships, which entered the fleet in July and October 1938, fully met all the requirements and went into mass production.

The German mosquito fleet deployed very slowly. Due to the low production rates of the MB-501 engines, only 12 boats of two different types were ordered in the last year before the war.

"Schnellbots", which were supposed to fight on the enemy's coastal communications, were under the jurisdiction of the headquarters of the naval groups, which included the TKA flotilla. The main task was to deliver strikes in the dark at the superior enemy forces. Since night operations are based on surprise, speed was not a priority.

German designers were able to create excellent warships in the form of "Schnellbots". The refusal in TKA projects from the requirement to achieve high speed made it possible to equip boats with diesel engines, as a result of which the threat of accidental fires has sharply decreased. Resistance to combat damage was achieved due to the large displacement. The boats were tenacious - they could withstand the hit of several 100-mm shells, the sliding ram of the destroyer and even a mine explosion. An example of this is the story of the S-105, which on March 15, 1942 came to the base on its own, having received about 80 holes from bullets, shrapnel and small-caliber shells. 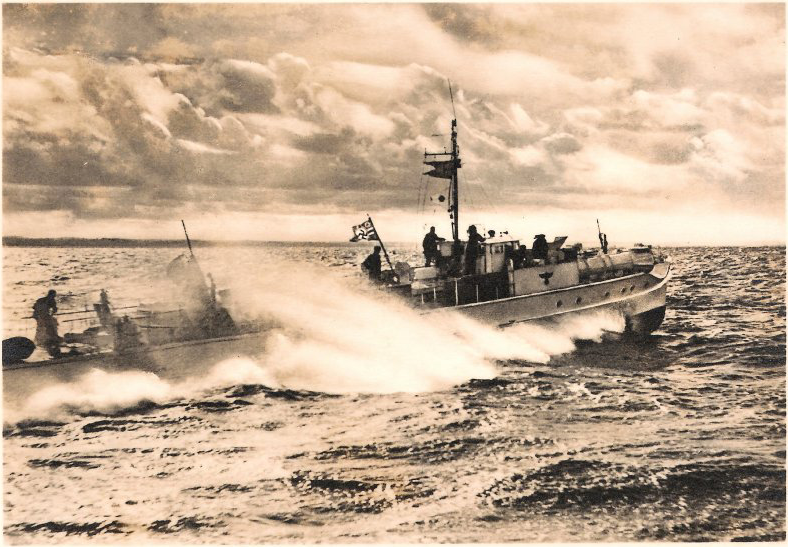 "Schnellbot" at sea
The hull design was also very reliable: a forecastle with built-in torpedo tubes improved seaworthiness, which made it possible to use torpedoes in waves of up to 4-5 points.

Germany's torpedo boats were among the best in their class. And therefore, according to the British historian Peter Smith, "by the end of the war, they remained the only force that did not submit to British dominance at sea."

And at the beginning of World War II, the main threat to the British was the German submarines lurking in the Atlantic. Watch a documentary from Wargaming about the combat path of the U-995 submarine. Today it is permanently docked as a museum ship in Labeu.