In the enemy's lair 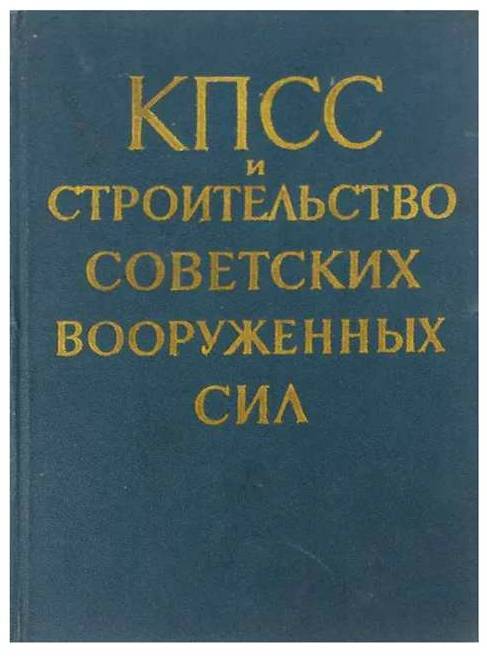 He will show you how to love the Motherland!

During the first four years of service, I realized that they only harm a normal person: they tried to detain the title, they removed me from the post, they did not let me into the new equipment, they tried to make me an "eternal second navigator" without any prospects for promotion and, so that they finally trample - they tried to expel from the party, which in the old days was tantamount to shooting.

But, despite such concern for my service, I did not give up, I did not rush to drink vodka, as is often the case, but continued to do business, and I flew well, and it so happened that even the political intrigues could not interfere with my advancement.

Over the years, my attitude towards political officers not only did not change, but I began to understand even better the whole rotten essence of this fraternity.

After serving for several years, I became calmer, stopped responding with shouts of out of order to every political nonsense, but already in a calm atmosphere, in the classroom or in the smoking room, I was happy to ridicule this vile tribe, regardless of ranks and titles.

The zampolites didn’t like all this, but they understood that they wouldn’t take me on swoop, they hid and did harm on the domestic front: either they wouldn’t give me an apartment, or they wouldn’t allocate a place in the kindergarten. And they were waiting for some blunder of mine, so that a flock would pounce on and tear apart, as is their custom.

In general, such an armed truce was established, but I knew that they would not calm down, so I behaved carefully.

The usual party reporting and re-election meeting of the squadron was going on. As always, the political officer of the regiment with the party organizer of the regiment pressed in, they had already agreed on all the proposals on the candidacy of the new secretary of the party organization of the squadron, submitted the composition of the party bureau for our consideration, and were waiting for us to approve their proposals. Well, everything went on as usual.

And suddenly, something went wrong ...

The very authoritative, and therefore unpromising, commander of the detachment stood up and offered to elect me to the party bureau with further election as the secretary of the party organization of the squadron, adding at the end of his speech, a mysterious phrase:

"He will show you how to love the Motherland!"
While the squadron commander and the regiment's political commander, fucking with such a harsh proposal, conferred on how to calm this spontaneous impulse of the party masses, the meeting took a completely unpredictable path, as a result of which I became the squadron's "party Gauleiter".

It cannot be said that I was delighted with this additional burden, but I could not justify the trust, so I decided that there was a silver lining - since I cannot defeat political officers in an open battle, in connection with my election to a high party post, I penetrated , so to speak, into the enemy's lair, I will destroy their system from the inside.

And a new round of the battle with fools began.

I tried as best I could - stopped the practice of party penalties on command from above, did not invite anyone from the "party-political clique" of the regiment to our meetings in order to calmly talk about my affairs, sharply changed the dates of meetings so that these regimental party members did not have time to prepare, meetings I spent it quickly, without any unnecessary chatter, sometimes in the parking lot, during office hours, so to speak, in a combat situation, without unnecessary formalism.

The squadron zampolit, as best he could, tried to harm all my undertakings, ran with reports to the political officer of the regiment, complained about my methods, but the people, inspired by the fact that all our obligatory gatherings had turned into interesting and not at all long business meetings, directly explained to the political officer that , if he wants to continue to serve quietly in our squadron, then let him restrain his ardor.

So a year passed.

At the next re-election meeting, I asked to be relieved of this burden, arguing that I would like to focus on the new position of navigator of the squadron, and suggested electing a comrade I had trained for this position, who understands everything no worse than me and also hates political officers. The party masses of the squadron, spitting in the souls of the political leaders in a single impulse, elected the proposed comrade, and I was nominated to the party committee of the regiment so that from there I could control all the intrigues of the enemy.

Having received the practice of inner-party struggle in the squadron, I, in the regiment's party committee, continued the line of fighting the enemies of all progressive officers - the political officers. I understood perfectly well that squadron commanders should not be punished just because the division's political department ordered so, and I always found reasons to simply confine myself to an analysis of the issue at the party committee instead of a party punishment.

If the squadron, going to meet the political officers, severely punished the pilot for errors in the piloting technique, I tried to mitigate this punishment, and I often succeeded. The zampolit of the regiment and the secretary of the party committee, the former political commander of the TECh, gritted their teeth, but they could not do anything with me, because I was not an appointed, but an elected member of the party committee, and behind me was always the party organization of the squadron, my colleagues, whom I could not disappoint.

A couple of years later, I was appointed navigator of the regiment, and the fight against political officers moved to another level.

There was a “court of honor for officers” in the regiment. It existed, since completely inexpressive personalities were appointed there, who in everything carried out the vile will of the political officers, offering the regiment commander only two types of penalties - to remove from office, to demote.

I was not at all interested in the activities of this "court", since they dealt only with junior officers, up to and including the captain, and I was already a major, the offenses of senior officers were considered by the "court" in the division. But sitting in these tiresome meetings had to be, such is the order.

Once we sat at the re-election meeting of this "court" ... Well, such a melancholy that words cannot describe. The chairman of the "court" muttered something from the rostrum, there were re-elections ahead, all this happened after a working day, in short, the irritation of the masses was approaching a critical point, but there was no end in sight to this outrage.

The nomination of candidates has begun. The zampolites, having a ready-made list of a new "court", played democracy, inviting officers to nominate candidates themselves, but the people, tired of the working day and this seat, did not show initiative. This is exactly what the political officers were trying to achieve - having tired the people, they were going to propose for voting the composition of the "court" with a list that they themselves would propose. A simple trick of vile political politicians, which I have known for a long time.

And I could not sit still without exposing all this meanness.

He stood up and, not paying attention to the present party-political rabble, calmly told the people that now would be:

“You are sitting thoughtlessly, and now the political officers will drag their list through, appoint some“ sweaty captain ”as the Chairman, and this“ court ”will remove you from your posts, and lower you in rank, for the slightest non-statutory sneeze. It makes no difference to me, I am not subject to this "court", but I am already tired of looking at this dregs, so I propose to quickly select worthy ones and finish this farce. "
The people woke up, and I immediately received a "torpedo in the side": "We have known you for a long time, we trust you, therefore, quickly call our worthy representatives, and we are now electing them, and you - the Chairman."

The zampolites were alarmed, but in contrast to the exhausted, but suddenly reawakened people, they could not do anything, and so suddenly I became the Chairman of the court of honor of the officers of the regiment.

For two years I tried our officers ...

He judged honestly and quickly, sorted out misconduct, regardless of the opinion of political officials: they were basically limited to considering the issue or reprimanding. The meetings were held in the style of "KVN", the people liked it, the political officers did not, but I did not pay attention to these bastards, the number of demoted officers went down sharply.

Despite the fact that things were going well, at the next meeting I asked to be re-elected, because I am for the change of power.

This was my modest contribution to the fight against the main enemies of all normal officers - the political commissars.

After serving as an officer for fifteen years, becoming a lieutenant colonel, I stopped paying attention to political officers, and they bypassed me.