Council of Europe: Heads of Armenia and Azerbaijan agree to negotiate in Brussels 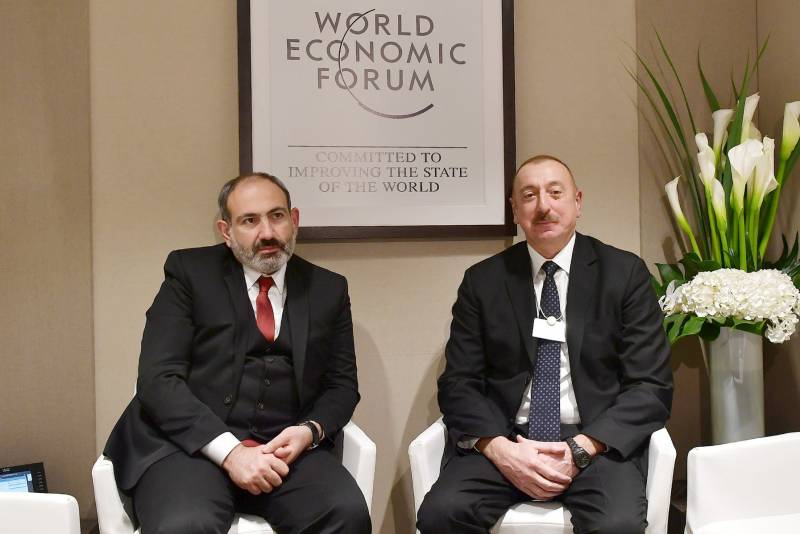 At the summit of the European Union and the Eastern Partnership, scheduled for December 15 in Brussels, a meeting of Azerbaijani President Ilham Aliyev and Armenian Prime Minister Nikol Pashinyan will take place. Such an agreement was reached during yesterday's trilateral telephone talks, in which the head of the European Council Charles Michel also took part.


This was announced by the Council of Europe on its official website.

It seems that the heads of Armenia and Azerbaijan agree to come to an agreement with each other in Brussels. The initiator of their upcoming meeting was the aforementioned Charles Michel.

The leaders agreed to meet in Brussels to discuss the regional situation and ways to overcome tensions for a prosperous and stable South Caucasus supported by the EU
- said the press service of the Council of Europe.

During the conversation, Pashinyan and Aliyev decided that in order to prevent incidents, the two countries need to have a direct contact line between the defense ministers of Azerbaijan and Armenia.

The reason for the telephone conversation in a trilateral format was the discussion of the situation in Transcaucasia, which continues to remain acute, which took place the day before, as well as preparations for the meeting of the Eastern Partnership.

Let us remind you that Yerevan and Baku accuse each other of military provocations. Earlier, the Armenian authorities appealed to Russia with an appeal for "assistance in connection with the aggression of Azerbaijan against a sovereign state."