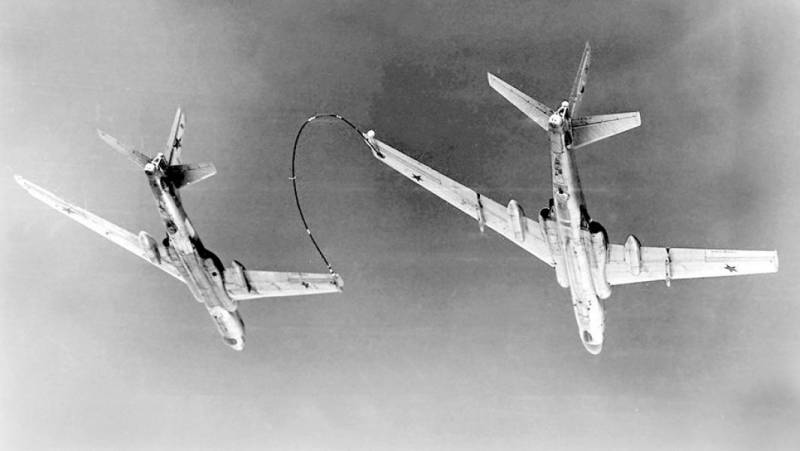 The crew was planned for "combat service" by a slave crew as part of a pair of Tu-16s, for aerial reconnaissance of ships at sea, in the North-Western part of the Pacific Ocean, beyond Japan, abeam Tokyo, with refueling in flight. The task is to reveal the surface situation in the route strip, the detected targets (ships, ships) were allowed to fly around with a descent.

I was the second navigator, I was accidentally scheduled to join this alien crew, I did not fly with them, I did not know the specifics. The navigator of the crew flew a graduate of the naval school, who served without enthusiasm, but with aplomb. Later, fate will bring me together with him. But that will be later, and now we are preparing for the flight.

The flight in navigational terms is not the most difficult, after leaving the Kuril Islands, the crews must take turns refueling from one tanker that will support us, then the tanker rolls home, and we go south along Japan to the Tokyo beam, descending for each detected radar target. 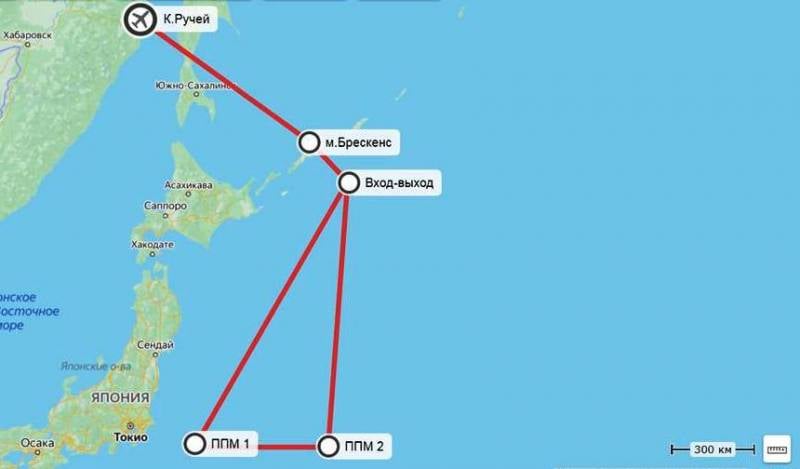 Such flights were not something out of the ordinary, they were performed not often, but they were carried out, and preparation for the flight did not cause any problems.

The flight was planned for a duration of about six hours, in total for the remaining fuel, depending on the number of drops on the target. We were monitored by the leader of the group, all issues were discussed, and the squadron leader made a decision about our readiness for flight.

In general, nothing special.

On the day of departure, we acted according to the worked out scheme and taxied to the preliminary start according to the plan, after the tanker and the leader. We took off in the usual order, gathered in a group and took a course to the exit point on the Kuril Islands - Cape Breskens.

An hour later, we came to Breskens and went to the point of exit into international airspace, this is about 15 minutes more.

We went to the set point, here the zone of refueling in the air began. The tanker took a position (altitude, course, speed), gave the go-ahead for the approach.

Our host was the first to go to refuel. The experienced leader refueled without any problems and rolled to the side, making room for our crew at the tanker.

Our commander led the plane to refueling. From the abrupt commands and the jerking of the plane, I realized that the commander was nervous, and he was not doing everything.

The commander walked away from the tanker, rested a little, and went to the second approach. Everything seemed to be done as it should, but ...

In general, the commander tore off the refueling hose from the tanker, we could not refuel.

Our crew cannot fly along the assigned route due to insufficient fuel supply. We can only enter "our territory" as a couple, these are the conditions for using the airspace.

A competent decision is the key to the successful completion of a combat mission. This is where the commanding qualities are manifested.

The presenter made a decision and communicated it to us on the radio:

- 324! Move 100 kilometers away from the entry point along the exit course, take the maximum duration mode with a gradual climb "over the ceilings" and wait for me. I went the route myself. Do not leave the connection.

- 324th understood, 100 kilometers in the exit course, maximum duration, flight "over the ceilings", wait, do not leave the connection.

Well, everything fell into place, the solution is ripe, brought to the fore, now we will carry out the task. Nothing difficult, we are walking in the region of the exit-entry point at the maximum duration mode, gradually gaining altitude due to the decrease in flight weight due to the use of fuel.

The area of ​​work we were "told" is large, the heights are from zero to maximum, so we leave the international routes, gain the maximum height for our weight and wait for the leader, controlling the remaining fuel. We need about 7 tons to get to the house, and another 9 tons for the spare one nearest to the house. In general, let the navigator and the commander consider and think.

How long will we wait for the host?

Yes, no one knows, but not less than two hours, based on the fuel supply. And maybe more, if the presenter decides not to leave the fuel to go to the alternate airfield. Anything can happen…

Now he will inspect the area in the radar station, determine the locations of targets, decide which ones he will descend to, and begin to work.

Time passes slowly, and fuel is produced quickly, about 5,5 tons per hour. We walk in the ocean near the Kuril Islands at a minimum speed, gradually gaining altitude, controlling the remaining fuel and periodically reporting it to the leader.

The moderator works according to the plan, accepts our reports and himself reports to us that he is continuing his work, and his place in relation to turning points.

Our EH-D radar station sees very far, at a distance of up to 400-450 kilometers, its only drawback is that it sees only in the forward sector, and at long distances the “picture” on the screen is distorted. But this is not critical, during a flight in the holding area, we sometimes turn our nose towards the Kuril Islands, and I can clarify our place. Not only I can, but I am obliged, which I do.

Something is going wrong

But the place, which I define by the islands, I do not like, something is going wrong.

In this plane, my cockpit is in the “stomach” of the plane, I sit alone and communicate with the crew only via an airplane intercom (SPU). I report my doubts to the navigator of the ship.

I have already said that this is my first time in this crew, I don't know the navigator very well, but I'm just doing my duties and nothing more:

- Navigator! According to my information, we have strongly deviated to the north ...

- What are you talking about? What data do you have there?

- I can see the islands perfectly, I understand our place, we are located much farther north than we need, and we will spend excess fuel on the flight to the meeting point.

- Stop talking nonsense! You fly here without a year for a week, so you confused the islands.

- I have not confused anything, we have deviated greatly, we must turn our nose to the Kuril Islands, determine our place and go to the given area.

- What are you teaching me? I am the navigator here, and I decide where to fly.

In general, it was not possible to achieve mutual understanding with the navigator.

I pressed the "circular" call button on the SPU and reported my opinion to the commander, with a tape recorder.

The commander's reaction was quite expected:

- We have a navigator of the crew, so let him understand, and you help him.

I was used to the fact that in my crew they listened to the opinion of all crew members, but here there were rules, and it was not for me to alter them.

The navigator did not listen to my opinion, we continued to dodge and dodged for more than a hundred kilometers.

The presenter finished work on our remaining fuel and gave us his time of arrival at the exit point. Our task is to arrive at a given point at the same time, meet with the leader, enter through the "border" and go home.

Before setting the course to the desired point, the navigator decided to clarify our place, and then he understood everything:

- Commander, we were blown north of 150 kilometers, at the given time we will not be able to reach the point and will use up more fuel.

- The second navigator told you, why didn't you listen to him?

The commander asked the leader to wait for us at the entry point, and we went to the rendezvous point. They found the leader, took their place, crossed the "border", and headed home. We flew very hard, on nerves, and sat down with almost empty fuel tanks.

And I did not like this navigator, not only did he not shine with intelligence, but also turned out to be with great conceit. I didn’t fly with him anymore, but in the service I had to face it when I became the navigator of the detachment.

But with this commander I had to fly a little, already the navigator of the ship, and about one difficult flight with him, I will try to tell you later.