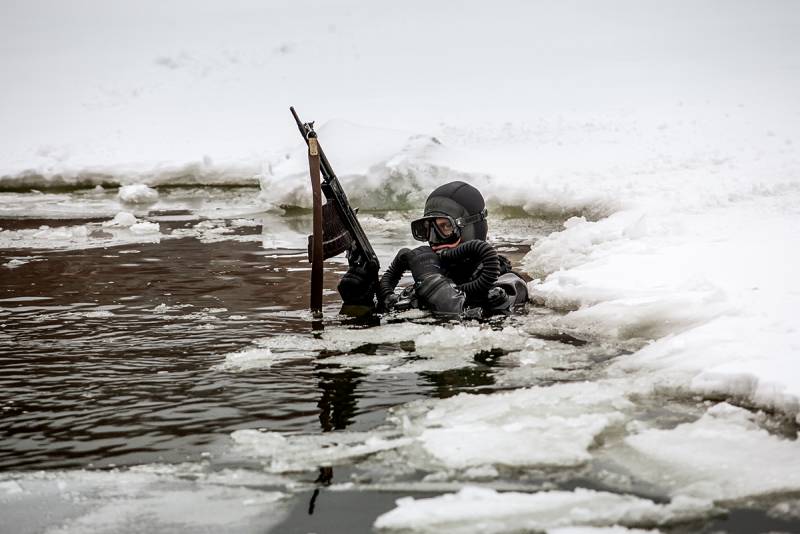 Since I did not find publications on autonomous breathing systems on the site, I decided to fill this gap a little.

I will try to get away from describing the designs of specific devices and giving some numbers. The purpose of the article is to review the general principles of the apparatus and the prerequisites for their creation.

At the same time, one cannot do without citing some figures when describing the processes occurring in the human body during the use of these devices. And it is for the same reason that it is necessary to touch a little on the physiology of human respiration.

Basically, of course, this will be an article about apparatus used for breathing underwater. That is, with increased external pressure. Simply because atmospheric or reduced pressure breathing apparatus is a simplified version of an underwater vehicle.

For the same reason, we will mainly consider devices used by amateurs of underwater diving. Exactly for amateurs, since professional divers use simple open-circuit devices, and their achievement of great depths and diving durations is ensured by auxiliary equipment. Such as descent vehicles, pressure chambers, special physiologists, support teams, etc., etc.

And here I will touch upon the issues of the influence of increased pressure on the human body, since without this it will be difficult to explain some of the design features of breathing apparatus, as well as the composition of the gas mixtures used in them.

Some abbreviations to reduce the number of characters in the text.

Inert gas is a gas that does not take part in chemical processes in the body.

So, a little physiology.

The purpose of breathing is to saturate the blood with oxygen, which is necessary to ensure physiological processes in the body and remove carbon dioxide from it, which is formed as a result of these very processes.

To carry out this gas exchange in the human body, a special organ is provided - the lungs.

The inner surface of the lungs is lined with alveolar cells. Through the membranes of these cells, there is a transition from the blood, which is a liquid, carbon dioxide dissolved in it, into the air contained in the lungs, and the transition of oxygen from air to blood.

It should be noted here that alveolar gas exchange occurs under the condition of a DIFFERENCE in the partial pressures of gases in the blood and in the respiratory mixture in the lungs.

Accordingly, the composition of the gas exhaled from the lungs of 0,79 atm of nitrogen, 0,17 atm of oxygen and 0,04 atm of carbon dioxide also changes.

It follows from this that in this gas exchange, nitrogen is an inert gas, since its amount in the inhaled and exhaled mixture is the same. And also the fact that the human body assimilates only 4% of oxygen from the air. This is important for understanding the prerequisites for creating closed-loop breathing apparatus.

Since the lungs are a kind of container located inside the body, it is necessary to ensure gas circulation to ensure continuous gas exchange. That is, the lungs must change their volume. Increase - inhale - decrease - exhale. There are 2 main muscle groups responsible for this in the body: the membrane and the external intercostal muscles.

And here I would like to note one physiological feature.

The receptors responsible for breathing, that is, those that induce a person to inhale, respond not to a lack of oxygen in the blood, but to an excess of carbon dioxide. And this is a very important point.

Indeed, even if there is enough oxygen in the blood for life, a person will suffocate, having an increased concentration of carbon dioxide. And having, for example, 100% nitrogen as a breathing mixture, a person will die without even understanding why.

Nitrogen, circulating through the lungs, will remove carbon dioxide from the blood. But oxygen will not flow into the blood, and the person will simply die, having previously lost consciousness from hypoxia.

Accordingly, the task of the breathing apparatus is to deliver a breathable mixture to the lungs and remove the exhaust gas from the lungs.

And if the pressure is too low, then the muscles responsible for breathing simply cannot create the vacuum required to fill the lungs with gas. This is why no one makes long breathing tubes.

Indeed, if a person who is at a depth of, for example, 1 meter in water, tries to inhale through such a tube, then his lungs will have to overcome the pressure of 1/10 ata. And this very moment led to the emergence of two-stage breathing apparatus.

And also precisely because of the limitedness of our lungs, like a kind of pump, liquid breathing is almost impossible, no matter what our connoisseur of trampolines and concurrently the head of Roscosmos demonstrates.

This concludes about physiology and goes directly to the apparatus.

At this point in time, the most widely used breathing apparatus can be divided into two main groups.

1. Devices of an open cycle, which in turn are divided into:

2. Devices of a closed type.

In the course of discussion with the editors, I decided not to classify closed devices at all, since almost every device has its own characteristics. Therefore, I will just give the main or most used types of apparatus of the second group.

It will be appropriate to mention here that there is another type of apparatus - Manual Closed Circle Rebreather (MCCR), but I do not want to single it out as a separate type. I will explain why when I write about an electronic device.

So this is the first part.

If someone is interested in the topic, then there will be a continuation ...

Ctrl Enter
Noticed oshЫbku Highlight text and press. Ctrl + Enter
We are
What you didn't want to know about EnglandCommentary on A. Petrov's interview “Fire and Tactics in the Russian Army: Another Look”
Military Reviewin Yandex News
Military Reviewin Google News
47 comments
Ad