China's Sohu: Russia Tests Anti-Satellite Weapons Shows US That It Can Shoot Down Their Secret X-37B Space Interceptor 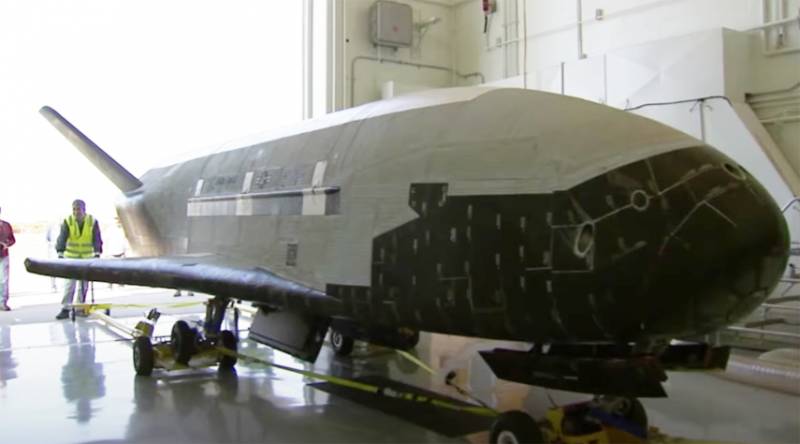 The Chinese press is discussing the accusations made by the American side against Russia after testing an anti-satellite weapons... The Americans point out that after the tests, Russia "left" in orbit a large number of debris from the downed satellite. The Pentagon, State Department and NASA argue that such tests are dangerous for the ISS and space research in general and threaten strategic stability.


In the Chinese edition of Sohu, they write that Russia has recognized the fact of the tests, not hiding the use of anti-satellite weapons. Material:

Russia shot down an old Soviet satellite with a new missile, showing the ability to turn the American X-37B orbital plane into a target.
Recall that this device is operated by NASA in conjunction with the US Air Force and is designated as "research". At the same time, military experts tend to believe that it is being used by the United States for military purposes - for example, options for space tracking of missile launches are being worked out, and tests are being carried out for its use as a promising space interceptor.

The Chinese author writes that it is the probability of the destruction of the X-37B orbital aircraft by a Russian missile that causes negative emotions in the United States. In order not to reveal the real reason for these emotions, the United States declared about the danger of the debris formed in orbit for the ISS. But the debris is not on the orbital trajectory of the International Space Station (about 60 km lower), but for the movements of the X-37B, it may well pose a threat, which outrages the United States. After all, they can lose the device, the cost of the development program of which is estimated at billions of dollars.

The United States fears this test the most precisely because its secret space interceptor, the X-37B, is at this orbital altitude where Russia demonstratively shot down an old Soviet satellite. Russian tests are tantamount to the statement "I can shoot down your X-37B spacecraft if necessary."
The Chinese author writes that for some reason the Pentagon did not have any special claims to India, which also tested anti-satellite weapons and as a result of which debris also appeared in orbit.
Ctrl Enter
Noticed oshЫbku Highlight text and press. Ctrl + Enter
Military Reviewin Yandex News
Military Reviewin Yandex Zen
121 comment
Ad