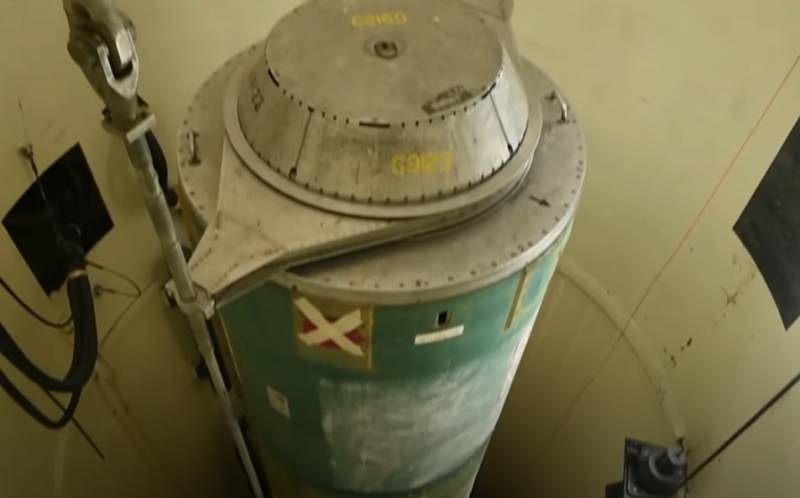 At one time, the world was in the balance of a large-scale nuclear war - in October 1962, at the height of the Cuban missile crisis. However, the negotiations between Nikita Khrushchev and John F. Kennedy still made it possible to avoid a clash of nuclear powers. Today, almost sixty years later, история in some way repeats.


Over the decades of the existence of nuclear weapons its delivery systems have become much faster and more powerful. There are more than 13 nuclear weapons in nine countries around the world. In most nuclear powers, the issue of launching nuclear missiles is de jure controlled by one person - the head of state. Accordingly, the risk that the leader of the country will decide to use it increases, but the idea that the "suitcase with a button" may end up in the hands of terrorists is even more terrible.

A new risk of the use of nuclear weapons has arisen as a result of the informatization of the modern world: cyber attacks can disrupt the stable functioning of communication and nuclear weapons control systems, and this can lead to unpredictable consequences. Another risk is associated with the proliferation of nuclear technology and the general weakening of nuclear arms controls.

Thus, the risk of accidental or provoked by a cyberattack of the use of nuclear weapons in our time is significantly increasing. Therefore, every nuclear-weapon country and every leader of a nuclear power has a responsibility to reduce the risks of nuclear error. The American press writes about it.

Former US Energy Secretary Ernest Moniz and ex-Senator and US lawyer Sam Nunn called on US President Joe Biden to accelerate efforts to reduce the risk of nuclear weapons being used. The head of state, according to politicians, must give a guarantee that nuclear weapons will not be used by mistake, as a result of a false signal of an attack or cyber attack. Also, Biden should, according to politicians, influence the leaders of other nuclear states so that they carry out similar checks in their countries and reduce the risks of accidental use of nuclear weapons.

The most recent and most comprehensive survey of US nuclear command and control systems was carried out nearly 30 years ago. Then the president of the United States was George W. Bush, the military department was headed by Richard Cheney. But over the past thirty years, technology, strategic environment and threats from cyber, space and information warfare have become more diverse and complex.

According to the American politicians, whose opinion was given above, the current programs of modernization of nuclear weapons of the potential adversaries of the United States - Russia and China - create new problems and risks for the American state. At the same time, the nuclear arsenal control system will increasingly depend on digital and automated technologies, and control over the use of these technologies should be increased significantly.

Among the main tasks that need to be solved, politicians name: reducing the risk of using nuclear weapons due to an accident or a false signal; countering attempts by terrorists or radicals to seize nuclear weapons. At the same time, politicians do not forget about diplomatic methods, including increasing the level of trust between the nuclear powers.

The compilation of a new review and management of the US nuclear arsenal also implies the search for options for improving technologies, processes and methods, including the introduction of new requirements for the security and reliability of nuclear systems. A system could also be introduced that would allow the destruction of nuclear weapons after launch in the event of an erroneous launch.

At the same time, on the American sidelines, they say that they do not fully trust their president in terms of control over the notorious nuclear briefcase. It should be noted that at the final stage of Donald Trump's term, they did not trust him either, eventually depriving him of the right to dispose of the "red button" before Biden took office.