Complexes of electronic warfare of the IAI Scorpius family (Israel)

Demonstration of operation of the ground complex Scorpius-G

On November 11, the Israeli company IAI spoke for the first time about the new electronic warfare systems of the Scorpius family. Now this family includes four unified complexes with high performance, suitable for use in different branches of the armed forces. It is reported that the use of well-known solutions and new technologies has given great advantages over existing electronic warfare means.

The company-developer claims that the complexes of the "Scorpius" family represent a new generation of electronic warfare means. The reason for this is the use of a number of original technical solutions, due to which it was possible to increase the main characteristics and obtain new opportunities. First of all, we are talking about an increase in the range and speed of target suppression, as well as the possibility of simultaneous operation on several signal sources. 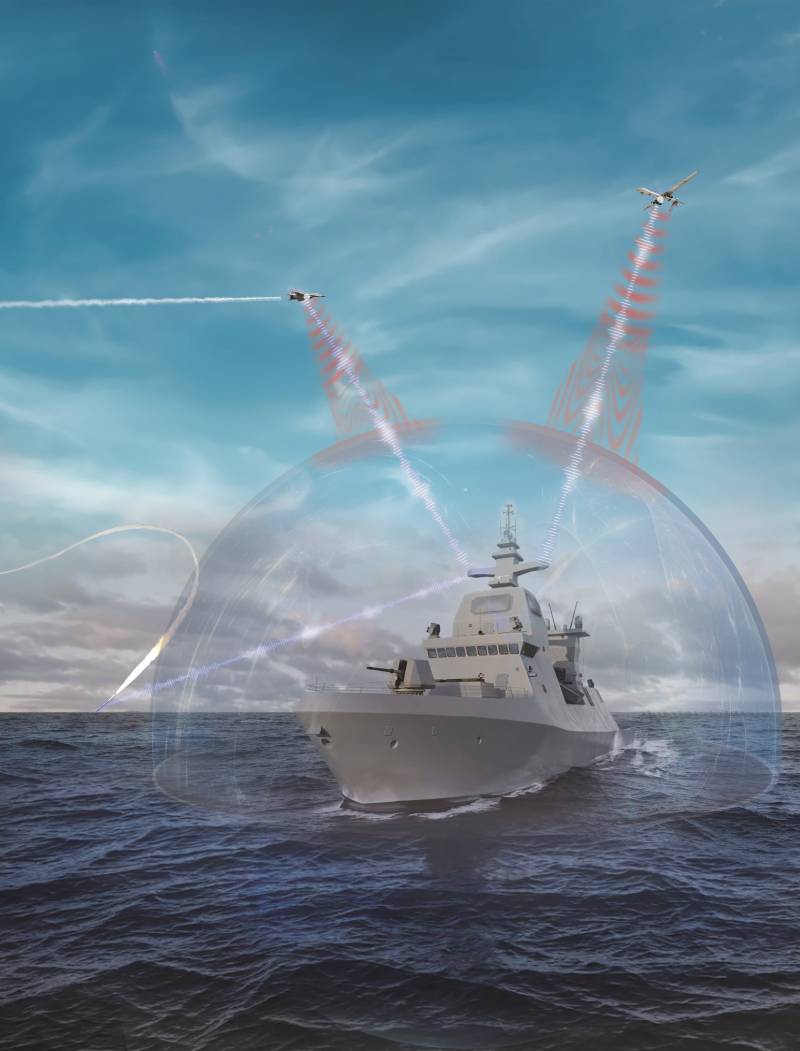 Operation of the ship complex Scorpius-N
The main idea of ​​the Scorpius project is to use an active phased array antenna (AFAR) as the main "working body". Such a product has a number of advantages that are already used in radar, and now it has been used in the field of electronic warfare. All projects of the line use AFAR with transceiver modules based on gallium nitride.

During operation, AFAR with electronic and mechanical scanning performs tracking of a large area and can simultaneously detect several enemy radio equipment located at different distances and heights. AFAR is also responsible for the formation of directed beams, "hitting" the target.

The complex also includes a digital automatic data processing and control system. It identifies radio signals and their sources, and also calculates data for AFAR: beam direction, frequency, power and signal configuration. At the same time, work is provided for several purposes, which is one of the main advantages of the complex. 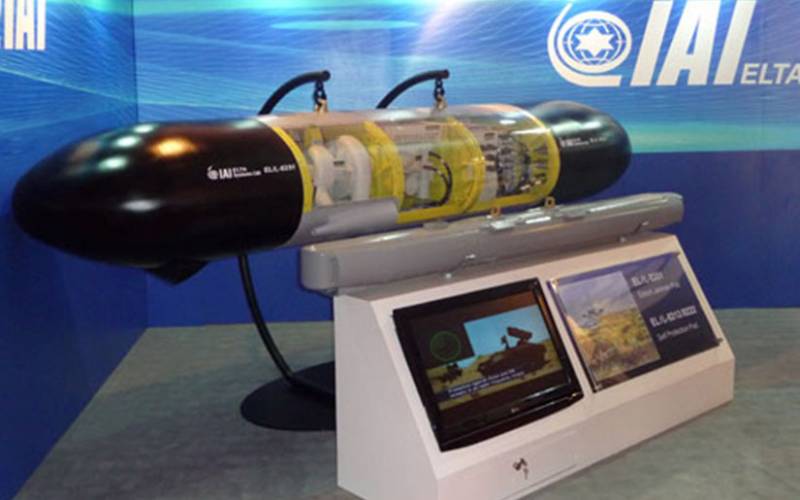 Scorpius-SP product model
The development of such a complex was associated with certain difficulties. The main one was to ensure the effective operation of radio engineering systems at several frequencies simultaneously, and these frequencies and other signal parameters are determined not by the operator of the complex, but by the characteristics of the enemy's equipment. The successful solution of this problem determined the further fate of the entire Scorpius project.

The new electronic warfare complex is built on a modular basis, both in instrumental and software terms. The blocks of the complex can be mounted in different configurations that meet the requirements of certain platforms. Already developed three options for the placement of "Scorpius" for different types of troops. It also provides for the possibility of regular software updates to maintain the overall performance at the proper level.

It should be noted that the IAI company talks about the various features and advantages of its new development, but has not yet disclosed the exact tactical and technical characteristics. Based on the available data, it is possible to determine only the approximate dimensions and weight of the complex in some versions.

For the ground units of electronic warfare, a complex version of the Scorpius-G (Ground) is now offered. It is made in the form of a container with all the necessary equipment, on which the AFAR rotary support is placed. Such a container can be stationary or placed on suitable vehicle platforms. The software for such a complex must "know" all the typical threats. 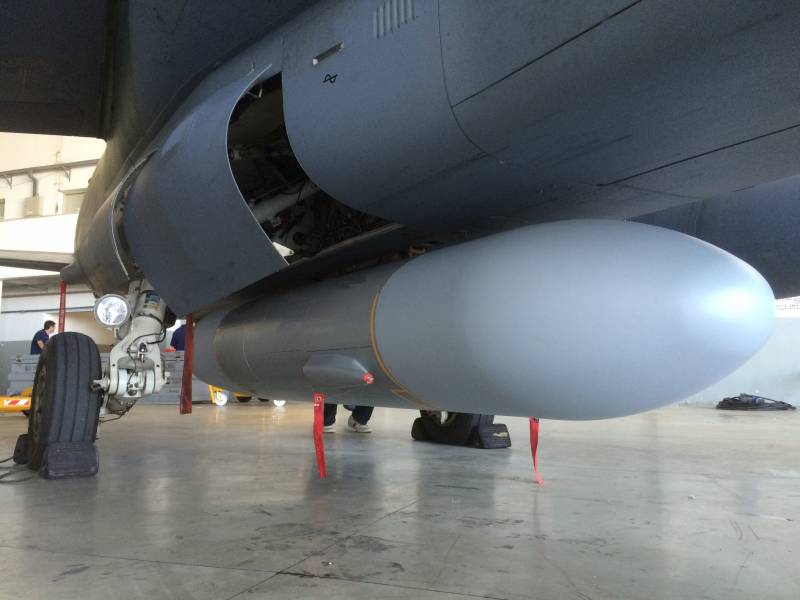 The announced ship version of the Scorpius-N (Naval) complex is distinguished, first of all, by the separate installation of the main modules. The computing part of the complex can be placed in the instrument compartment of the launch vehicle and integrated with information and control systems, and the antenna device should be placed on the mast. The complex memory must contain signatures of anti-ship systems of a potential enemy.

For combat aviation developed unified complexes Scorpius-SP (Self Protect) and Scorpius-SJ (Support Jammer) in the form of hanging containers. The container of the SP version is designed for self-defense of the aircraft, and the SJ allows you to cover an entire aviation unit. The carriers of such complexes can be modern and promising fighters and transport aircraft.

An interesting development is the Scorpius-T (Training) training complex, designed for training combat aviation pilots. It is similar in design to the ground-based Scorpius-G, but has different functions. With the help of standard equipment and special software, it simulates the operation of the radar and electronic warfare of a conventional enemy, sending signals of the appropriate configuration to the aircraft.

On the market and in the army

In the recent past, IAI completed the development of an aviation and training complex and brought them to the market. According to the latest reports, this technique has already found its buyer. The unnamed armies acquired a number of complexes, probably of both available modifications. 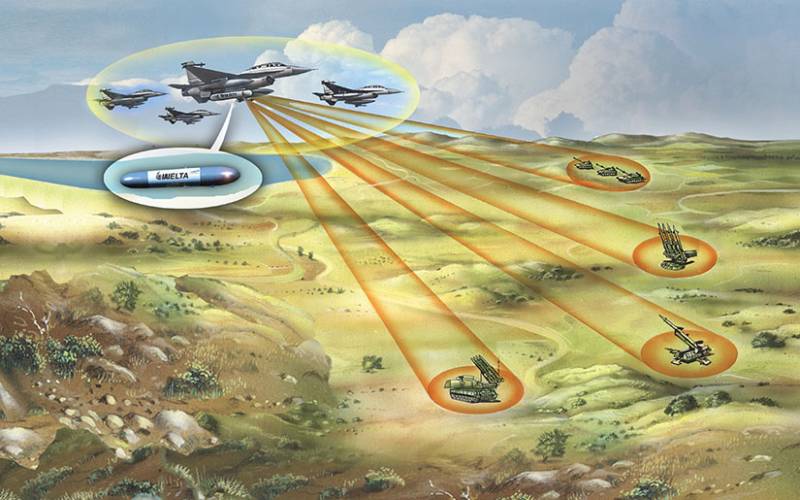 Aviation container Scorpius-SJ in operation
One of the customers for the Scorpius-T product is the Israel Defense Forces. When and how many complexes she acquired, it is not known, however, their use has already been reported. At the end of October, the international exercise Blue Flag 2021 took place, and during this event, the task of simulating enemy air defense was assigned to the training Scorpius. The results of the use of this complex are not specified, although it was reported that the aircraft of several participating countries successfully broke through the air defense of a simulated enemy.

Ground and ship modifications of the Scorpius complex already exist in the form of prototypes and are being tested. The fine-tuning process will be completed in the near future, and they will be ready for operational use. However, no possible orders for such equipment have been reported. Probably, they have not yet been received or they are still being kept secret.

The IAI company continues the development of the already well-known family of electronic warfare systems Scorpius and gets very interesting results. To the already known samples, new developments have now been added based on the same components and solutions, but with different capabilities and adapted to the specifics of the application in certain conditions. 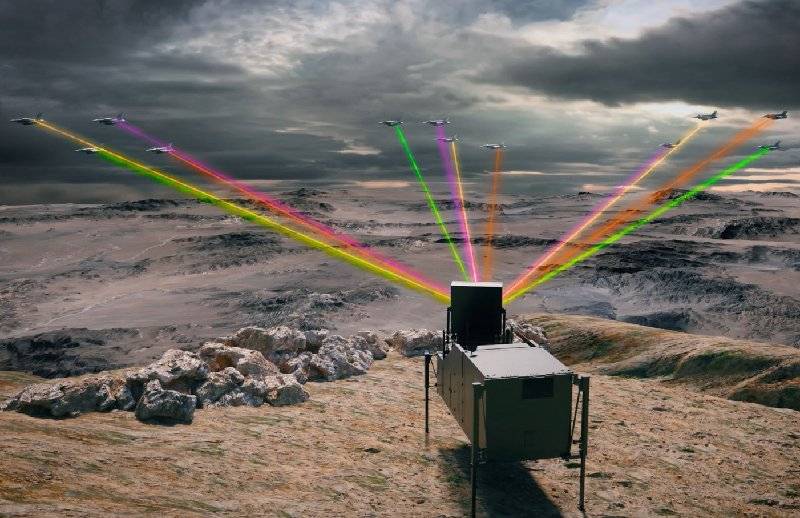 Scorpius-T Exercises
The Scorpius family in its current form is of great interest, at least from a technical point of view. The rejection of a single antenna in favor of AFAR and the use of a developed computing complex made it possible to obtain a high level of technical characteristics, and the modular design principle ensured the development of several electronic warfare equipment for different carriers. At the same time, there is a certain margin for modernization, primarily through software updates.

It can be expected that IAI's ideas will be of interest to other developers of electronic warfare equipment, as a result of which new complexes of similar architecture and capabilities will appear in the future. Moreover, recent news should have attracted the attention of developers of communications equipment, radars, etc. When upgrading existing samples and developing new ones, they will have to take into account another potential threat.

Thus, the IAI company is preparing to bring new interesting developments in the field of military electronics to the international market and may well count on some success. In addition, its new projects are capable of influencing the development of military radio-technical systems. Time will tell whether the Scorpius family will be able to meet commercial expectations and touch on adjacent areas.