The world is ready to fight 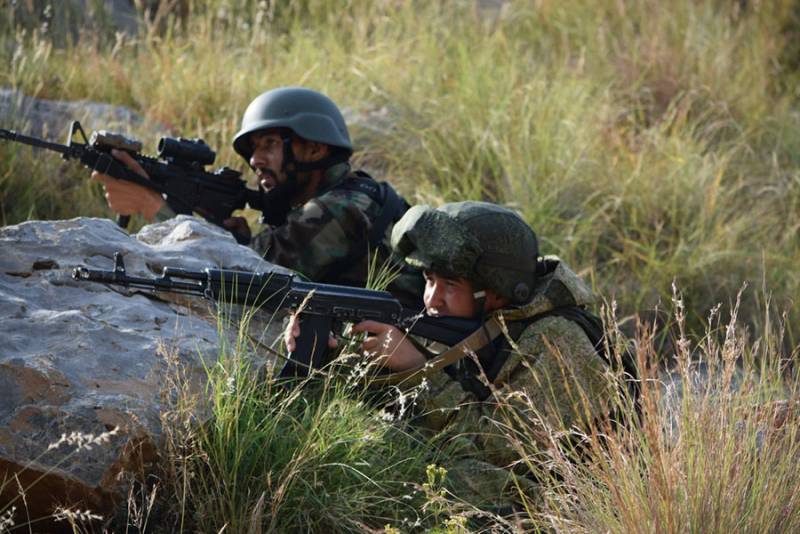 Very often, looking through the opinions of readers on a particular issue, I notice how the manner and tone of communication has changed. How the attitude towards war, towards the death of people, towards life itself is changing.

In the comments to almost any material related to the war or military actions, several opinions will surely flash like “it's time to put in place those who have gone too far ...” or “to shoot down (drown, blow up, etc.), and they will immediately calm down”.

In Western Europe and the United States, the picture is about the same. The same hurray-patriotism and belief in the overwhelming power of your army. "We'll throw in caps" in different versions. In the same way, they talk about some top-secret missiles, airplanes, cannons and so on. And in the same way they call to bomb, shoot, detonate.

The propaganda machine works by methodically destroying the brains of the opposing population. All these calls for war are most often heard from people who have never been to war and have not even served in the army.

They are confident that the war will be fast, victorious for their country and they, students, cool programmers, businessmen and others who have reached some heights in life or business, will not be taken to the war.

Society is ready for war

Is our genetic memory blacked out?

Why do memorials to those killed in every village or city no longer give rise to a feeling of fear of war?

And the most ardent pacifists were those who were at war for even a moment.

Probably, for the majority it is very strange to hear or read statements by military personnel that the world is on the brink of war. Ultimately, in the opinion of a fairly large number of the population, the military is destined for war.

Even what is happening right now, before our eyes, thanks to modern technologies, does not cause fear.

Syrians are bombed, Donetsk residents are being shelled, refugees are frozen, entire states are being destroyed, so what?

It doesn't concern us, on soft sofas and in warm apartments.

Once I was talking with a group of men at the monument to the fallen paratroopers on August 2. I remembered one phrase: “Until you learn on your own skin what a phrase from an old post-war song“ there were only three out of eighteen guys left ”, it is useless to tell the truth about the war. Do not understand…"

The last argument of the kings ...

Today, many are discussing the statement of General Nick Carter, the head of the British Defense Staff. Without much diplomacy, the general clearly said that the war today is just a matter of time. And the reason for such a war can also be the British.

Politicians have played too much in their aspirations to establish their own dominance in this or that region of the world. One mistake, even by the commander of a subunit or unit, can become the very "shot of Gavrila Princip" that gave rise to the tragedy of the First World War.

“We live in a much more competitive world than even ten or 15 years ago. And I think that the nature of this competition between states and major powers is leading to increased tensions. "
“Today, there are no diplomatic instruments that were used at that time to relieve tension. Without them, the risk is higher. This is a real threat we are facing. "
The general is right.

We habitually consider the world to be unipolar. Yes, there are also countries on a global scale - Russia and China. But alone, none of them will be able to withstand America. We are for economic reasons, the Chinese because of the military-technical backwardness.

In fact, the world has long been multipolar. Not bipolar, not tri-polar, but much more. In addition to the United States, Russia and China, there are also India, Brazil, and other countries that play a significant role in the regions. And they are also ready to defend their interests.

Why are Western politicians so “stupid”?

Many readers have noticed the fact that lately the West has become very stupid.

More and more often, accusations against Russia acquire some kind of idiotic character.

Refugee crisis on the Polish-Belarusian border?

Putin and Xi Jinping are to blame!

Ukrainian troops entered the village in the gray zone?

This is a response to the aggressive actions of Moscow near Smolensk.

"The cat abandoned the kittens - it's Putin's fault" - is no longer humor, but a fact of international politics. Everything can be explained by the intrigues of the Kremlin.

A country in which only Putin propagandists and pro-Putin politicians live.

A country where this very "Putin" can do anything. From organizing a civil war to organizing a meeting of anti-vaccinators. Ukrainians believe in this nonsense, without even thinking that they themselves are shouting about their own independence and independence at every corner.

However, the same picture is in Western Europe and the USA.

The hand of Moscow is everywhere! As soon as one of the politicians or public figures express an idea that differs from the "party line", he immediately turns into an agent of the Kremlin. Even if he is the President of the United States, for example.

It seems to me that our amusement over such accusations does not look funny. We think that people cannot fail to understand the stupidity of accusations. And they can. In Donbass, they have been at war with Russia for many years, and try to convince a Ukrainian that this is not so.

Remember the very recent scandals that were supposedly forgotten?

The pranks of "Petrov and Bashirov", the input and output of Russian "Buk" aircraft to Donbass and the downed Boeing, other "scandals" that for some reason were not promoted by the West, but somehow instantly left the front pages of the world press?

Western politicians are not stupid. They deliberately and purposefully increase the degree of tension in relations with Russia.

The answer is simple. This can then explain, in the event of some exacerbation, their aggressive actions, their guilt for the outbreak of the war. "We just had to, otherwise ..."

So, what do we (we are the world, the planet, if you like) have for today?

First of all, we have an inadequate and aggressive Russia, according to the opinion already hammered into the heads of ordinary people, which is only doing what destroys the well-fed and comfortable life of peaceful Europeans and Americans.

We have China, which is destroying the ecology of the planet, strangling the democracies of Asia and driving peaceful Taiwan into the stall of communism. China, which threatens Japan through North Korea.

We have the struggle of the Ukrainian people for democracy and the unity of their own country. The fight is not with the Ukrainian Donbass, but with Russia!

We have a Moldova that resists the influence of Russia. Georgia, where for some reason the prisoner Saakashvili cannot defeat. Arrested by the Russian FSB ...

Moreover, we have a reluctance of Russia to cooperate with NATO! Chopping off all and all contacts between the military of the alliance and the Russian Defense Ministry. Nobody remembers why it happened anymore. The Russians are to blame and that's it!

The Russians are ready to invade the West by military force!

By the way, have you noticed that for some reason none of the Western analysts writes about the balance of power in the European East?

The Russians will attack at a ratio of ... 1 to 17! This is exactly how many times the bloc's troops are superior to the Russian troops.

And now let's add the desire of our jingoistic patriots to "hit, bomb, explode" ... An interesting picture turns out. For some reason, the desire of "patriots" and opponents of Russia coincide. Weird…

The world is really tense. Problems, especially in the West, are piling up. The pandemic only made them worse. They need to be addressed. One of the solutions is war ...