The gold of the party, or how China economists lead by the nose 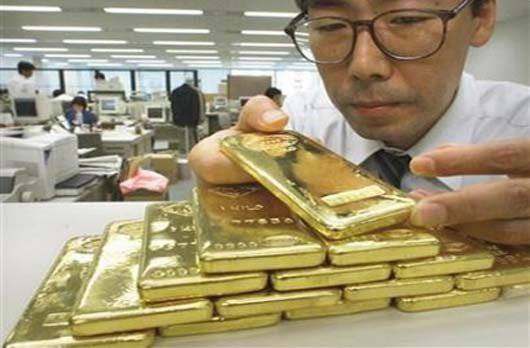 The economic situation in recent times seems quite calm outwardly, but an analysis of world trends suggests that there is no question of any lull. Recent reports from global markets make it necessary to pay special attention to the process, which concerns transactions in precious metals and, in particular, in gold.

It is reported that the leading consumers of gold in the world, India and China, have decided to reduce the import of this product to their countries. The fall in demand for gold from Beijing and New Delhi is due to several factors. The first factor, according to economists, is that the jewelers of these countries are experiencing financial difficulties due to the fact that both domestic and foreign buyers of gold jewelry have calmed down their appetites, and therefore sales of gold jewelry have waned. The price of gold in India alone, which is the main exporter of gold jewelry in the world, has become an indecent rate of growth ...

The second factor is that, both in China and in India, the economic growth rate has slowed down lately, which does not allow for the implementation of earlier plans for the processing of so-called marketable gold in production in these countries. That crisis, according to mostly Western experts, suggests that India and especially China decided to postpone the purchase of marketable gold in the previous volumes.

Meanwhile, there are other opinions on the transactions in the gold market carried out over the past months of the current year of the PRC. A number of experts believe that the slowdown in the purchase of precious metal by Beijing is in fact a lie. In reality, China not only did not reduce gold purchases, but brought it to record levels. At least, this is evidenced by the famous American blogger Tyler Durden, who believes that very soon China’s reserves in the form of gold will have to reach 6000 tons (or have already reached). Tyler Durden, despite his emphatically cinematic nickname, is very popular in the United States, and many readers of his posts suspect that there is a person behind the pseudonym who either represents the United States financial system or is involved in the analytical services of the United States.

In general, it is up to each individual to decide whether the words of this gentleman can be trusted, but there is a definite tendency that, at least, does not contradict the thoughts of Durden.

So, many informational economic sites claim that the demand for gold in the world is falling, the main buyers of gold, as raw materials, are reducing the rate of purchases. It would seem that such a situation should inevitably lead to a decrease in prices for the precious metal, while prices are rising ...

After all, the classical law of economics should work: if there is no demand for a product, then the sale of such a product must either be abandoned altogether, or simply reduced to the price. Naturally, no one is going to give up gold, at least, because it plays an essential regulatory role in the modern economic model of the world. Who has more gold reserves, it is easier for him to deal with disparate crises. But if no one intends to refuse, then it’s time to reduce the price.

But it was not there! At the end of last week, gold was trading at the price of 1773 dollars per ounce, although the day before the price was 1766 dollars. If you look at the change in the world price of the precious metal in August and the first half of September of the current year, it turns out that the increase was more than 10%!

Many analysts are inclined to see the “new achievements” of the Fed in the unexpectedly emerging rapid growth of gold prices. These achievements are a new quantitative easing program from the US Federal Reserve. The Fed is going to take money literally from the air, or rather from the finished product compartment of the American printing press, to buy bonds, trying to lower the level of interest rates advancing on the throat of the American economy. In other words, the banks are again given virtually unsubstantiated dollar bills, which they (banks) will be able to use for the new stage of business and population lending. Such a program is called QE-3. As you know, the first two programs of quantitative easing did not lead to any cardinal positive changes ...

Obviously, there is no need to be major experts in the field of economics to assume that QE-3 is a measure that will further aggravate the crisis. If actually virtual money is given to businesses and citizens, which have not yet dried up after leaving the printing press, and then they plan that all these people who have received loans will be ready to pay with real (secured) funds, then this is just a utopia . In this regard, you can expect QE-4 and even QE-444, but the debt will still grow.

If we return to the topic of the fact that the world market for gold, with a rise in prices for precious metals, reacted precisely to the attempts of the Fed, this seems more like an argument that was pulled by the ears. First, the quantitative easing program was announced in the first half of September, and gold prices have been rising for at least 2,5 months. It turns out that those who trade in world markets in gold, foresaw that Mr. Bernanke (the head of the Fed) will decide to launch his landmark program QE-3 in September. That is unlikely.
Secondly, Ben Bernanke himself declares that QE-3 is not a panacea, but in fact another test of the search for ways out of the crisis. True, this test is more like a brick being thrown into a sea, so that it grabs it and swims towards the shore ...

It turns out that there is no obvious connection between the Fed program and the rise in gold prices. But so because of what, then, the price of this particular product grows, which, it seems, has become less, and they generally look at the jewels, as they say, indifferently? .. And here is just the post of that mysterious American blogger Tyler Durden, who claims that perhaps China is just taking everyone’s nose. In other words, statements about China’s decline in purchases of gold, including gold for its reserves, may not be true. Of course, everyone can try to refute such a maxim, but after all, China is a country that is used to conducting economic policy in a very peculiar way. The same Americans have repeatedly argued that Beijing secretly holds the yuan exchange rate so that Chinese-made products are in better conditions than those of the United States. And China looks at all these accusations and says that, they say, nothing of the kind, these are all your false accusations. So what? And nothing? He continues to quietly bend his line, whether the Americans like it or not.

So what prevents China and gold "little by little" to buy, but not advertise their actions? So, nothing this work on the possible accumulation of gold reserves by China would not have issued if it were not for the mechanisms of the market. This is like water in communicating vessels: if it diminishes in one level, it will certainly increase in the other.

But if the Chinese authorities really decided to do such a manipulation with gold, then why secretly, and why do they need it at all? The answer to this question may be the following: China can buy large quantities of gold for its reserves secretly, in order to be able to make purchases of precious metals for reserve at a reasonable price. After all, as soon as the world finds out that China imports new tons of gold during the crisis, the price of this metal will jump to record levels, which will not allow Beijing to conduct purchases in previous volumes. And about "why he does it," so firstly, solid reserves in gold will not prevent any country in the world (and China, too), and secondly, at one point, China can simply present its vast reserves to the world economic community that will be quite capable of finally bury the already weakened domination of the dollar as the main reserve currency.