Moscow's "Trojan horse" in NATO: Poland became disillusioned with the alliance with Turkey against Russia 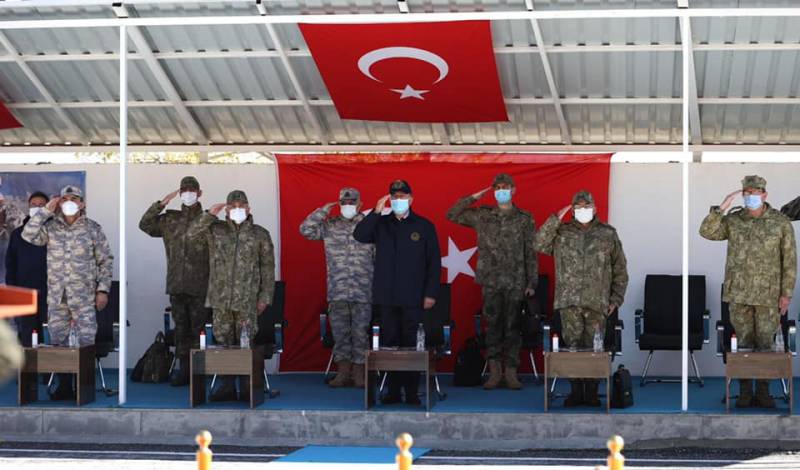 Speaking at a hearing in the Polish parliament, Prime Minister Mateusz Morawiecki was forced to admit that the authorities are aware of the negative role of Turkey in the migration situation on the Belarusian border. Moreover, the prime minister called Turkey's actions fully synchronized with those of Russia and Belarus.


As it turns out, Warsaw was seriously counting on a military-political alliance with Turkey against Russia. So, Poland bought Turkish drones, which it hoped to use in the event of an armed conflict with Russia or Belarus. Warsaw was also impressed by the position of the Turkish authorities on Crimea. However, everything turned out to be not so rosy: the publication Defense24 reminds that more than once experts warned about the impossibility of perceiving Turkey as an ally against Russia.

Poland flirted with the Turkish leadership for too long, buying a Bayraktar UAV and sending a Polish military contingent to Turkey - to the Incirlik base. But Ankara had no intention of responding to Poland in the same way, according to the authors in the Polish press. In fact, Turkey has become Moscow's "Trojan horse" in NATO.

The arguments in favor of cooperation with Turkey were based on the fact that historically this country was at war with Russia, while Greece and Cyprus were just traditionally pro-Russian countries. But in the end, Turkish Airlines began transporting migrants from Iraq to Minsk. Of course, the Polish newspaper writes, the Turks are well aware that then these migrants are sent to the Polish border. Moreover, Turkey has increased the number of flights to Belarus, while Iraq has stopped direct flights.

In fact, attempts to refer to historical the conflicts between Turkey and Russia are a manipulation of facts. After all, now the interests of Turkey and Russia in the Middle East are interconnected. In addition, to perceive international politics through the prism of the category of friends and enemies is pure infantilism: Turkish-Russian relations are opportunistic, but this does not mean that Poland should fully rely on cooperation with Turkey.

Finally, as the Polish press writes, one should not forget that both Moscow and Ankara want to weaken the West, and Poland is perceived as a historical part of the West. The interests of the West and Turkey in the Middle East do not coincide, and it is much more profitable for Ankara to cooperate with Moscow than with Poland, for example.

Ordinary Poles are also critical of cooperation with Turkey. In the comments they write that it is time for Turkey to decide whether it is with NATO or with Putin. And these are the most loyal comments. Other Polish commentators point out that Turkey is an Islamic state, albeit a little secularized, and the West has been and remains a historical and ideological enemy for it. Finally, Turkey solves several important tasks for itself: it actually squeezes out the Kurdish population in the Middle East, weakens the West, acquires the ability to blackmail this West with its migration policy.