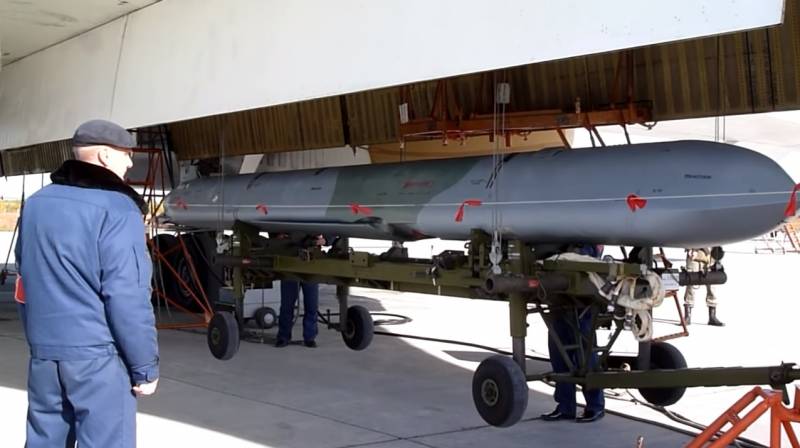 In the foreseeable future, Russian distant Aviation can expect a new rearmament. Its arsenals will include a promising air-launched cruise missile known as the Product 506. Open data so far reveal only the very fact of its existence and some possible technical features. However, such information is also of great interest.

According to open data

Izvestia recently recalled the promising project "506". On November 10, it published an article in which it collected all the available open data about this development, and also tried to make predictions and estimates. How much they correspond to reality is a big question that will remain unanswered for now.

Izvestia reminds that the designation "Product 506" first appeared in open materials in 2015. Then the State Medical Design Bureau "Raduga" concluded with LII them. MM. Gromov, a contract for the preparation of the test site for flight tests of a certain product numbered "506". At the same time, it is known that "Raduga" is the leading domestic developer of missile weapons, and it was this enterprise that created all modern ALCMs for strategic aviation.

The next time an unknown project in 2016 was mentioned in his interview by the general director of JSC "GosNIIMash" Igor Kuznetsov. It was stated that the company was working on a number of projects, incl. above "Product 506", which will show the highest performance. However, no details were given.

In the fall of 2017, the Raduga State Design Bureau posted an application for the purchase of certain components on the State Procurement website. They were planned to be used in the manufacture of certain products "506". It is noteworthy that these products were mentioned as an integral part of the development work with the "Romance" code. 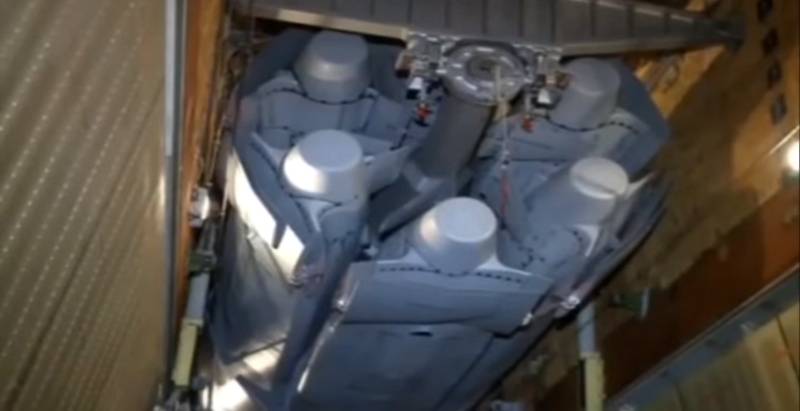 The connection of the 506 project with long-range aviation became known last year. As Izvestia reminds, Tupolev PJSC has placed ads on specialized services seeking a deputy chief designer and project manager for R & D with the index "70M-506". From the applicant, among other things, experience in the development and testing of guided aircraft weapons was required.

Izvestia writes that the 70M index, according to open data, is assigned to an urgent project for the modernization of the Tu-160 strategic missile carrier. Accordingly, "Product 506" can be a new model of missile weapons for such aircraft.

The last mentions of the project "506" in the published documents refer to the recent past. Thus, at the beginning of this year, the Ministry of Defense applied to the Moscow Arbitration Court with a claim against Tupolev. The reason for the claim was delays in work on the "Product 506", and the plaintiff demanded compensation in the amount of 5,5 billion rubles. The requirement was met in part, but the details were not disclosed.

The technical aspects of Project 506 are largely unknown. However, Izvestia mentions that in 2016, 37P Products, developed by the Omsk Engine-Building Design Bureau, figured in this context. As far as we know, the number "37" hides a family of small-sized turbojet engines used in modern cruise missiles.

So from different posts and News a very curious picture is emerging. It turns out that, at least since the mid-tenths, our defense industry has been developing a new model of guided weapons for long-range aviation. With its help, both existing and newly built missile carriers will be armed. 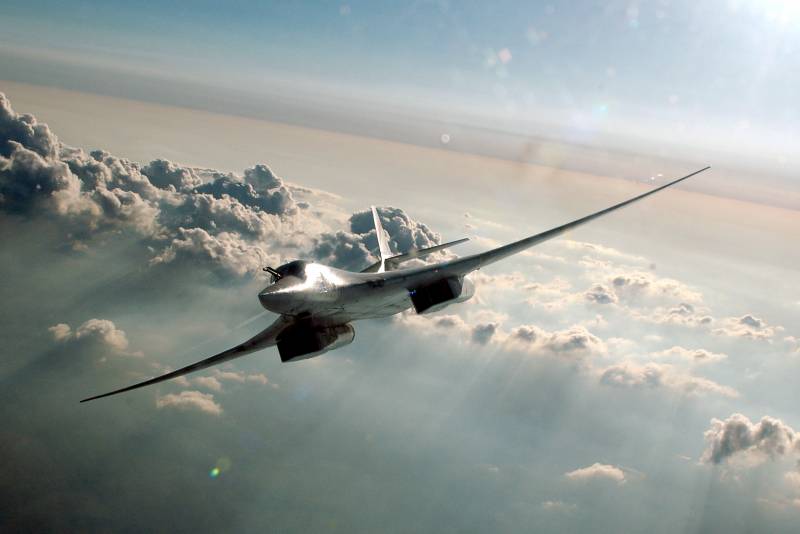 Tu-160 - the future carrier of the "506" product
A promising rocket and the aviation complex as a whole are being created by enterprises with extensive experience in this area, which makes it possible to count on obtaining all the desired results. However, even the leading representatives of the industry may face difficulties, and this has recently led to litigation.

The available data allow us to build versions regarding the appearance and capabilities of the future 506 missile. However, there is still little information, and any predictions may turn out to be far from the real state of affairs. It is better to wait for the official messages about the new development, which will contain the necessary and admissible information for distribution.

Currently, the ammunition load of Russian strategic aviation missile carriers includes several types of ALCMs with different characteristics and capabilities. They are designed to destroy stationary enemy targets at a strategic depth of defense and are capable of carrying conventional or nuclear combat equipment.

The basic one weapons bombers Tu-95MS and Tu-160 for several decades, the product Kh-55 and its modifications, incl. the latest missile Kh-555. Several years ago, these aircraft received more advanced Kh-101 and Kh-102 missiles with similar characteristics. For a long time, all existing ALCMs were used only as part of exercises, and since 2015 they have been regularly used for real targets in Syria.

In addition to the Kh-55/555 and Kh-101/102, a new aircraft missile system "506" is being developed. The performance characteristics of this development are unknown, but it is obvious that in one way or another it will increase the combat potential of strategic aviation. 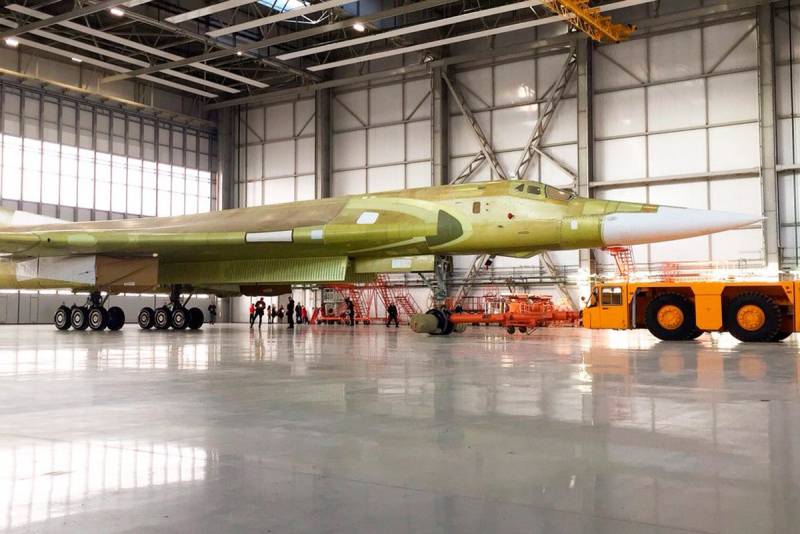 How this growth will be ensured is unclear. Perhaps the new missile will receive an improved glider with reduced visibility, will show an increased flight range, or it will be able to carry an improved warhead of one or different types. You can also expect the use of modern and more advanced controls and guidance, which will further improve the overall combat performance.

According to reports 2020-21. to date, the "Product 506" has reached the stage of integration with the armament complex of the carrier aircraft. At this stage, some difficulties arose, however, the continuation of the work will allow the start of flight tests in the near future. Accordingly, over the next few years, our strategic aviation will be able to acquire completely new weapons.

Thus, despite all the difficulties, the Russian industry is fulfilling the order of the Ministry of Defense and continues to develop a completely new air-launched cruise missile. It is not known exactly when and with what results it will be completed, but it is obvious that such a project is of great importance and is necessary for our videoconferencing.

It is easy to see that the development of the new missile "Product 506" started almost simultaneously with the adoption of the previous ALCM models. In other words, after completing the development of one product, the industry began to design the next. This shows that the Ministry of Defense and industry are organizing a continuous process of developing strategic aviation weapons. Thanks to this, our long-range bombers of existing and future types will be able to regularly receive modern and effective weapons - with understandable consequences for their combat effectiveness and potential.