The Lubeck tragedy: when the vaccine really kills 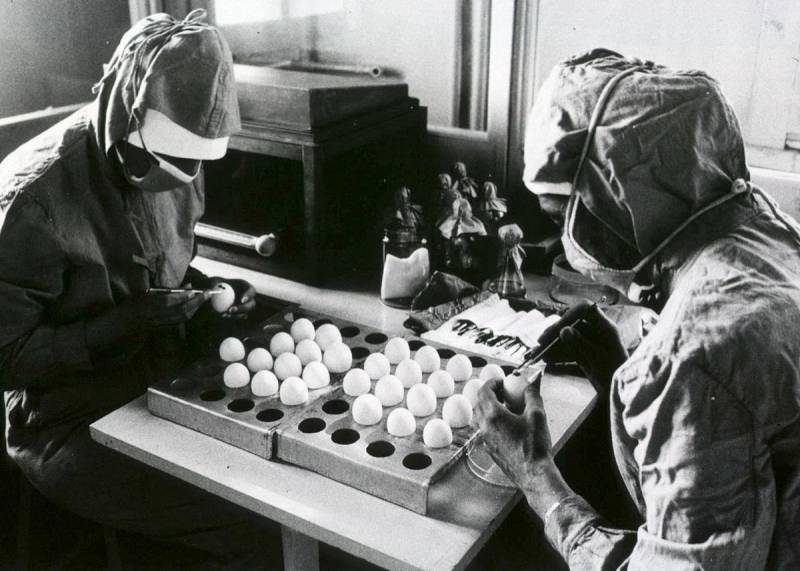 The world is now immersed in the coronavirus pandemic. Nevertheless, the rest, sometimes deadly diseases, have not gone anywhere from the human population.

One such disease is tuberculosis, which has claimed at least 100 million lives over the past 100 years. Researchers claim that a latent form of the disease occurs in a quarter of the world's population. And this is according to the most optimistic estimates.

WHO experts generally assume the presence of the causative agent of the infection of Koch's bacillus in every third inhabitant of the Earth. Tuberculosis is firmly established in the list of 10 most dangerous diseases - every year from 1,5 million people die from the consequences.

Compare this to the death rate from COVID-19.

Since the beginning of the pandemic, which is about to turn two, according to official figures, about 4,8 million people have died from the coronavirus. The mortality figures from tuberculosis and covid are, of course, difficult to call similar, but still allow us to see the differences in approaches to the two deadly diseases.

In the case of COVID-19, total lockdowns are introduced, and with tuberculosis, we only have an annual fluorographic examination. The thing is that mainly the population of developing and poor countries suffers from tuberculosis, but COVID-19 affects almost everyone indiscriminately.

And one more key difference - a fairly effective vaccine has long been invented for tuberculosis, and the constantly mutating SARS-CoV-2 virus regularly calls into question the effectiveness of existing vaccines.

However, everything was not always cloudless with the tuberculosis vaccine - in 1930, a tragedy struck in German Lübeck (Schleswig-Holstein), which could well become a real anthem of the modern anti-Axer community.

First of all, it should be noted from the very beginning that this material does not carry any ideological load, and even less does it propagate anti-vaccine sentiments in Russian society.

In the end, as the famous paradigm says:

At the same time история science and medicine is an unforgiving thing, and it is not devoid of tragic failures that the modern public must be aware of.

Germany in the late 20s and early 30s was a pitiful sight. Chaos, total unemployment, hunger and monstrous inflation. Eyewitnesses recalled that they had to drag a bag of cash with them to the store for a loaf of bread. Unsanitary conditions have become a real scourge of the population - every year infectious diseases claimed the lives of hundreds of thousands of lives. Scientists and doctors tried their best to rectify the situation.

For example, Fritz Haber, the notorious author of the German chemical weaponsIn the early 20s, he oversaw the development of an insecticide against lice, literally taking over his country. Work went on at the Berlin Institute of Physical Chemistry and Electrochemistry. As a result, the famous "Cyclone - B" was obtained, which became a real curse of the XX century. The irony is that Haber himself was a Jew by nationality and in 1933 he was forced to leave the post of director of this institute in connection with the adoption of the "Law on Restrictions in the Professional Civil Service".

The doctors of the Lübeck General Hospital also acted with concern for national health when they planned to vaccinate against tuberculosis in December 1929. In this case, vaccinations were supposed to be administered to newborns, which gives a special color to the tragedy that broke out soon.

At that time, there was no effective cure for tuberculosis - the era of antibiotics was still far away. Therefore, German doctors decided to protect children from illness from birth. The most famous at that time French BCG (Bacille Calmette-Guerlin), which we now know by the Russian-language abbreviation BCG, was chosen as the vaccine. This is a typical live vaccine based on an attenuated bovine tubercle bacillus.

By the end of the 20s, it was already tested and recommended by the Pasteur Institute. BCG even managed to pre-test 120 newborns. However, in the course of clinical trials, only 24 children were from families in which there were patients with open form of tuberculosis. Therefore, it was possible to speak about efficiency with a certain degree of convention.

The exact dosage of BCG for children has not been fully identified - in different cases it could lead to different results. It is quite possible that this influenced to a certain extent the effectiveness of vaccination in Lübeck.

Vaccination was voluntary. From December 1929 to March 1930, 412 children were born in hospitals, of which 251 were vaccinated - the parents of the rest refused. As it turns out later, this decision turned out to be fateful for many. The BCG vaccine was administered to children ten days after birth.

The results were surprising at first, but then they caused a real shock.

After vaccination, 228 children were diagnosed with tuberculosis - this is more than 90%. Subsequently, within three months, 77 of them died. Moreover, the children began to die a few weeks after the introduction of the vaccine - in April 1930. The survivors who contracted tuberculosis fought the disease until 1993, and everyone recovered except for six children.

At the moment, there are many versions about the causes and results of the "Lubeck tragedy".

For example, different sources provide different data on the deaths - from 72 to 77 children. The most complete evidence is a report in German dating back to 1935 - Moegling A. Die "Epidemiologie" der Lübecker Säuglingstuberkulose. Arbeiten ad Reichsges-Amt. The author of the report, Doctor Mogling, claims that five of the children who died were without visible clinical signs of tuberculosis. It turned out after the autopsy.

There is also no consensus about the causes of the tragedy.

Data on an excessively high concentration of a weakened cow's bacillus Koch, which caused not the formation of immunity, but the development of a real disease, are presented. Initially, the different susceptibility of the child's body to tuberculosis caused such an ambiguous result: someone suffered well, and someone died.

According to the second version, there was a mistake made by the staff of the German laboratory that produced the vaccines. Different vials could have different concentrations of the attenuated pathogen, which caused different results. At the same time, all reflections on this matter are purely relative - it was impossible to analyze samples of a bacterial emulsion for oral administration in hot pursuit.

And finally, according to the third version, virulent strains of tuberculosis pathogens got into liquid vaccines due to improper storage. This fatal mistake could have happened due to the elementary unsanitary conditions that struck Germany in the 30s.

Unsanitary conditions, as it turned out, made their way into the microbiological laboratory of Lubeck.

Lab technicians did not autoclave the reusable glass vaccine vials long enough before reuse. And the fact that the laboratory premises were inhabited with Koch's stick was proved by the already mentioned Dr. Mogling.

The artificially created outbreak of tuberculosis among the newborns of Lubeck caused a huge scandal.

In the ensuing trial, three doctors and a nurse directly responsible for vaccinations were accused of negligence. In particular, they neglected the then mandatory procedure for testing vaccines on laboratory animals and did not monitor the health status of vaccinated babies. Doctors stopped the vaccine only after the first three children died.

Further, the eyes of law enforcement agencies turned to the laboratory where the deadly vaccine BCG was made.

The head of the institution, Georg Deike, was sentenced to two years for negligent murder and grievous bodily harm. It was logical to assume that the perpetrators of the tragedy were hospital staff and manufacturers, but the German authorities banned BCG altogether.

The use of the tuberculosis vaccine was returned to medical practice only after 1945.

Other European countries were also afraid of the tragedy in Lubeck - BCG appeared here in practice only in the mid-50s.

"Complications after BCG vaccination are rare: the death rate from BCG is estimated at 0,19-1,56 per million vaccinated, and its victims are almost exclusively unintentionally immunized individuals with severe cellular immunity disorders."