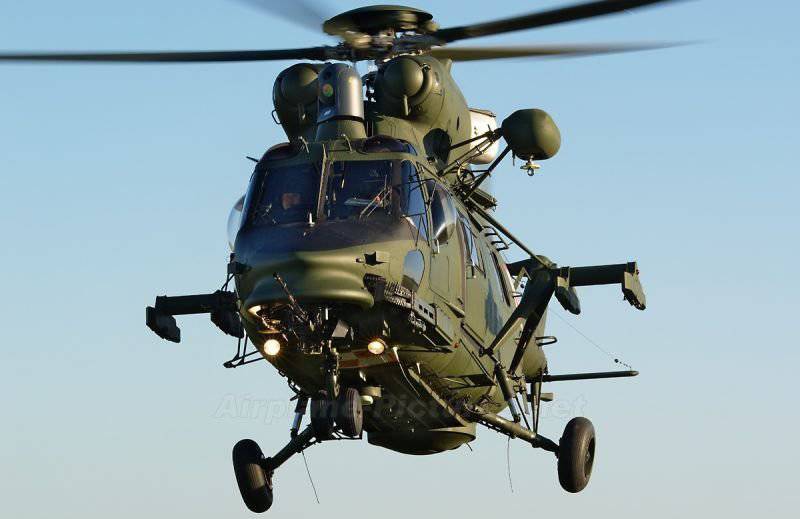 The armament of the helicopter will depend on the tasks performed or on the requirements of the customer. He can carry torpedo, small and rocket (air-to-surface) weapons. The main destination for the helicopter "W-3PL / N" will be the fight against submarines and combat swimmers. In addition, he will be able to take part in various military operations, carry out search and rescue operations and transport people and various cargoes. Of the main characteristics of the helicopter, while it is known about the possibility of the helicopter to overcome the distance in 740 kilometers, to pick up speed to 260 km / h. and transport to 10 people.

The Wood-Grouse, as a modification of the Falcon, was shown to the public in 2007. It was created using the experience of the fighting of the Polish peacekeepers in Iraq. Much equipment and units have been upgraded (from easy to deep). Expanded the possibility of using a helicopter. Strengthened seats, doors and floor armored plates.

one of the modifications of the Falcon 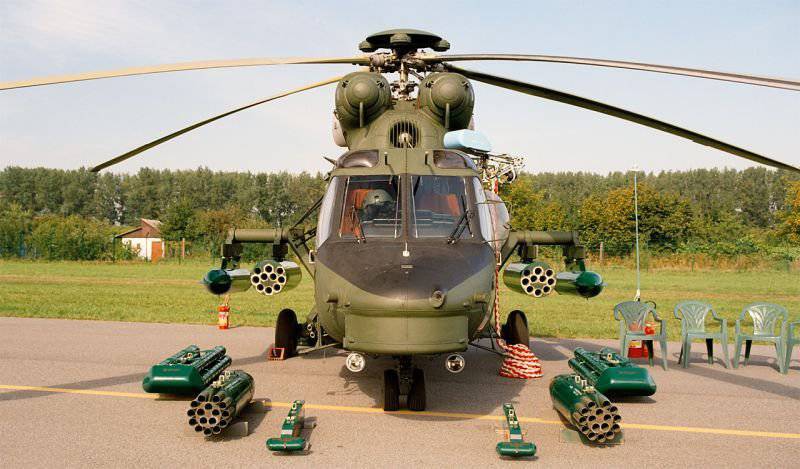 PZL-Świdnik received a four-channel autopilot, FADEC (electronic control) engines, a glass cabin with modern displays, displaying a moving map. Navigation is represented by an integrated system with GPS, DME, VOR / ILS and Tacan. A laser rangefinder and a FLIR infrared camera were installed on the helicopter. Control, communications, navigation and armament systems are combined in a single onboard complex. Airborne equipment includes active / passive defense systems (NATO standard). A set of equipment for the warning system for laser irradiation is installed, and REB facilities are installed. 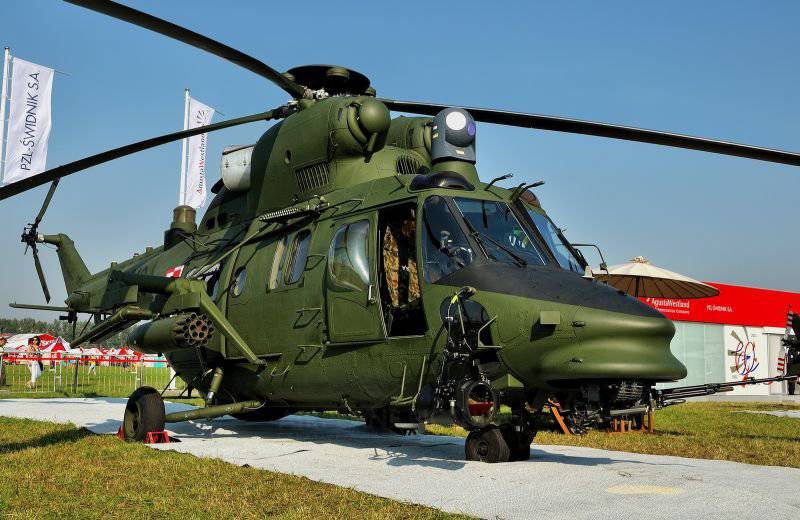 There is a transport option "W-3PL Głuszec". The main purpose is to transport a dozen equipped infantrymen or paratroopers. The transport compartment is equipped with folding seats and a modern display (unit commander). When performing rescue operations, it is equipped with a transport-lifting mechanism, a powerful searchlight and medical equipment. The capacity of the helicopter during rescue operations is up to four stretchers.