November 9, 2021
0
Main combat Tanks (MBT) are versatile soldiers capable of both deep breakthroughs and defense. These machines are equally effective in destroying field fortifications and enemy vehicles. In Britain, the design of the multipurpose tank began around 1943. The experience of the Second World War showed that the division of combat vehicles into infantry and cruiser is no longer relevant. At the same time, the creation of the famous Centurion began. However, they did not manage to complete the development before the end of the war, and the vehicle entered service only in the fall of 1945. It was a reliable tank with great potential for modernization. In the British army alone, he had 13 modifications. 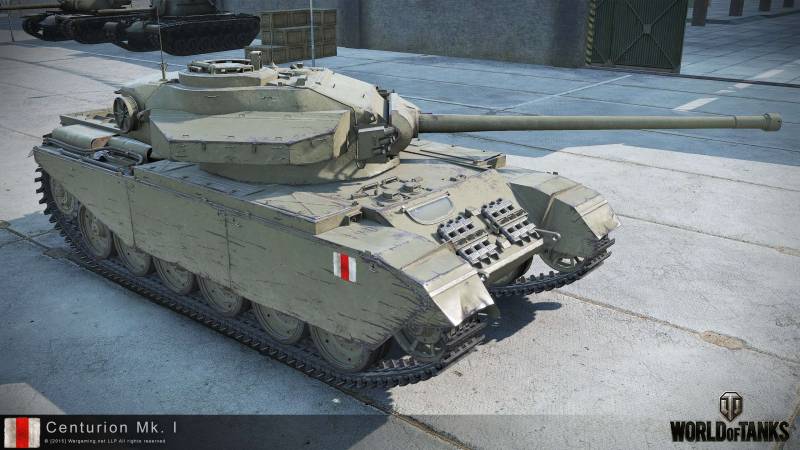 At that time, Soviet heavy tanks were considered the most dangerous enemy for the Centurions. In the late 1940s, they were the benchmark for protection and firepower. The Cold War gained momentum and in the mid-50s, the Royal Ordnance L7, a 105-mm rifled tank gun, was created in Great Britain. The gun was distinguished by good power, stabilization, accuracy and was capable of firing up to 10 rounds per minute. In 1954, it was installed on the 7th modification of the Centurion - this moment can be called the beginning stories British main tank. Thanks to its excellent cannon, decent armor and acceptable speed, the Centurion proved to be excellent in practice.

The Centurion was replaced in 1963 by the Chieftain, a second generation main tank. The vehicle was equipped with a 120-mm rifled gun with separate loading and at that time it was one of the most powerful guns in Western countries. Due to the reclining position of the mechanic drive, it was possible to strengthen the frontal armor and make the front of the vehicle lower. Meanwhile, Chieftain is considered very heavy - 55 tons. This is an inevitable consequence of the installation of impressive armor, which accounts for half of the total mass. 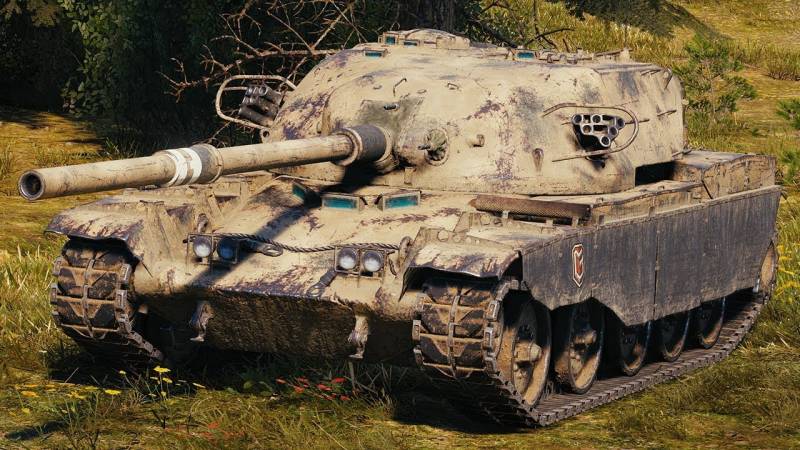 American engineers followed the lead of the British. Their first main tanks were based on medium ones - mobility and relatively small dimensions were more important than armor thickness. Since the beginning of the 1950s, the M48 Patton has been produced in the United States, and in the M48A5 modification, the British L7 cannon, manufactured under license with the M68 index, was installed on it. With such a weapon, the Patton was more than suited to the role of a transitional vehicle. In 1959, the M60 tank was created on its basis, in which many innovations appeared: means of protection against mass destruction, a diesel engine, and aluminum structures. Compared to its predecessors, about 50 major changes have been made. In addition, despite the increased booking, a heavier engine and gun, the new tank did not overtake the 44-ton Patton in terms of weight.

In the early 1950s, there were no analogues of the L7 gun. After its appearance, the tanks of the USSR were in a lagging position: the 100-mm guns of the T-54 and T-55 tanks were losing in terms of firepower. However, it is the T-55 that can be considered, if not the first Soviet main tank, then definitely a transitional one. The breakthrough was the adoption of the T-62. It is considered average, but in terms of the range of tasks being solved, it is quite consistent with MBT. The vehicle was equipped with a 115 mm cannon. The muzzle velocity of its feathered sub-caliber projectiles was 1615 m / s, which was considered a very high indicator. 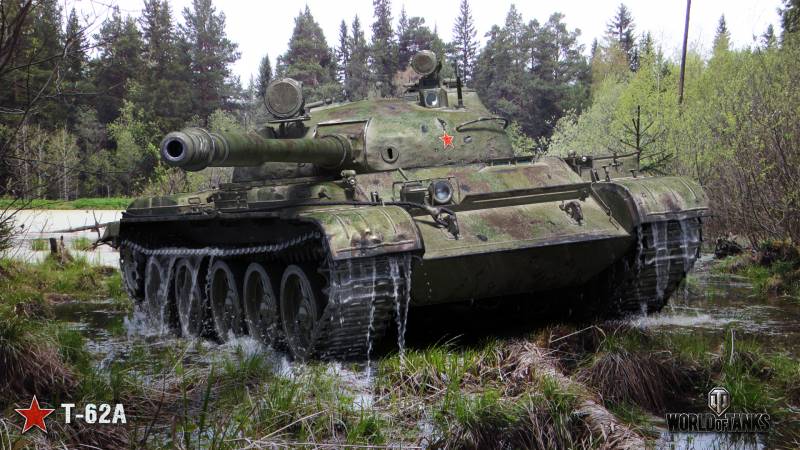 In 1967, the T-64 appeared - a real main tank of the USSR. He also had a 115 mm cannon, but a loading mechanism appeared in the design. It was the world's first mechanized ammo rack designed specifically for the art system with separate loading. Another innovation on the T-64 is the combined armor. The formidable L7 could no longer guarantee such protection from a distance of over 500 meters.

In 1957, Italy, France and the Federal Republic of Germany created uniform tactical and technical requirements for promising tanks. Work on the MBT with the AMX 30 index was carried out at the Research Institute in the city of Issy-le-Moulineaux. The designers relied on mobility and firepower, and the production of the car began in 1966. The tank was equipped with a 105 mm unitary loading cannon, which, if necessary, could fire shells from the famous British L7. The first modification was delivered without a stabilizer, but with a protection system against weapons mass destruction. Plus, the AMX 30 reached speeds of up to 65 km / h on the highway.

After the collapse of the Third Reich, Germany dropped out of the development of armored vehicles for 10 years. In 1955, Germany received permission to revive the army and immediately began developing tanks on a competitive basis. Several firms worked on the future Leopard 1, but the customer chose the Porsche project. As a weapon, the Leopard 1 received a licensed version of the L7 cannon (the gun was really outstanding for its time) and in 1963 it began to enter the army. Due to the compact turret, the tank had a low silhouette, and its armor reached 70 mm in the frontal part of the hull. A powerful engine and low weight ensured good mobility - on solid ground, the car could move at speeds up to 65 km / h. A manifestation of German frugality has become rubber-lined tracks that do not destroy the asphalt. The design also included an air filtration unit that could provide the crew with 24 hours of normal life. 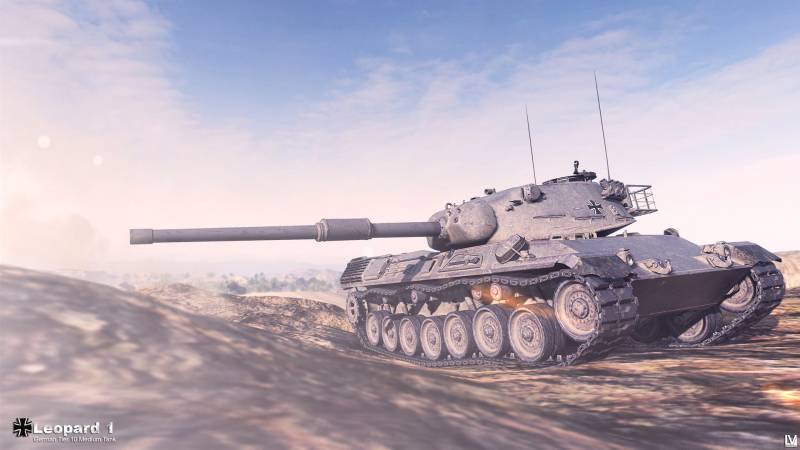 The transition to main battle tanks was undoubtedly a quantum leap in tank evolution. Only one MBT is very different from its "brothers" - the Swedish Strv 103. It was designed by Landsverk and Bofors in 1958. The designers were faced with the task of combining mobility and firepower in the car with a limited mass. The decision was to abandon the turret, so the Strv 103 resembles a self-propelled gun with a cannon attached to the hull. Guidance was carried out by changing the position of the hull, and the next version of the British 105-mm gun, produced in Sweden, was used as a gun.

Of all the tanks listed above, the Strv 103 became the most invisible (vehicle height - 190 cm). He was the first in the world to receive a gas turbine engine, albeit as an auxiliary one. Due to the hydromechanical transmission, the tank can move back and forth at the same speed, and all crew members can control it.

Ctrl Enter
Noticed oshЫbku Highlight text and press. Ctrl + Enter
We are
Tank "Panther"Tanks of the USSR, before the war
Military Reviewin Yandex News
Military Reviewin Google News
Add a comment
Information
Dear reader, to leave comments on the publication, you must sign in.