Autumn, what will happen to us tomorrow 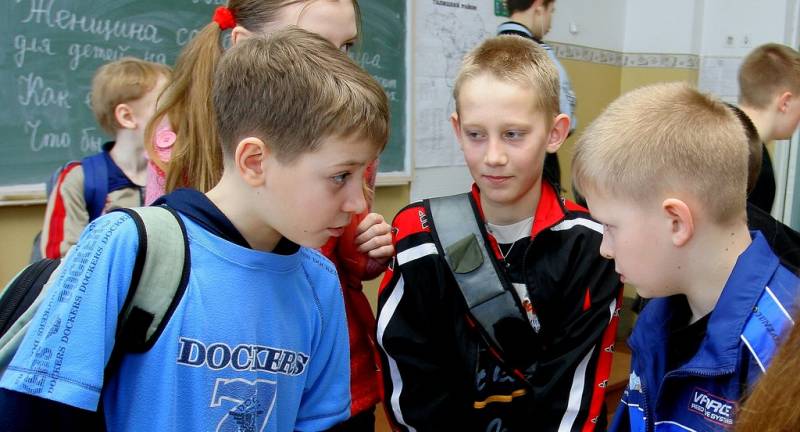 I introduce myself to remove many questions - I'm a techie, eighties.

Official introductory or thought-provoking information: “The Ministry of Culture of the Russian Federation (Ministry of Culture of Russia) is a federal executive body responsible for the development and implementation of state policy and legal regulation in the field of culture, art, cultural heritage (including archaeological heritage) , cinematography ... ".

In Perm, another tragedy with a shooting in an educational institution, many victims. Young, they should live and live…. The head of the Investigative Committee called on to deal with the content of our media, primarily TV, where the filth and filth corrupts the people, first of all, the youth.

In the meantime, here's how our TV works.

Already after the Perm tragedy, on October 16, approximately the following advertisement was shown on the Russian Bestseller TV channel: watch the film about the legendary woman "Sonya the Golden Hand". My wife and I, I'm sorry, were stunned.

Well, what do such and similar films teach?

But this is still not the worst TV channel and not the most dirty film for educating and imitating young people.

Now we need to wait for a resonant and especially wild case in relation to the teacher / teacher. Whoever thinks that this is impossible does not know the state of affairs in our schools. There, fourth-graders use foul language, and sixth-graders use it to send teachers. And the teacher is not protected and almost without rights.

In the spring I was in the hospital and took a taxi home. Our medicine has been optimized and therefore has become far from my home. On the way, the driver said that he had joy in his family - his wife, a physics teacher in high school, had worked out and quit, despite the persuasions of the school administration. Immediately she received offers from other schools with a guarantee of a bunch of benefits, including housing, but she refused. She wanted to live, just to live without threats from students, without a mat, without abominations in front of her eyes. The last straw for her was almost beating by a student. This case was hushed up, but one more teacher, hung with letters, was gone at school.

And what is the speech of the youth now?

Non-standard. And not just the guys. I draw your attention to the fact that it is disgusting for me when they swear near my woman. And swearing, as it were, to put it mildly, are those to whom this is out of order. Whom the roasted rooster did not peck in one place.

I respect my wife and myself, so I often make comments. And not in the form of a reprimand, but in the form of concrete examples of obscene stupidity. So far, pah-pah, it did not come to a fight, but I don't see much sense from my maxims. It happens that they agree with me, some in the courtyard greet me after conversations, but they will move away again ...

For your information - a long time ago I was a production senior foreman, in a critical situation then I could express my admiration with the promise of a prize with a couple of obscene words, and go through the intellect and de-bonuses. But it was not customary for us to express ourselves in front of women and in a large team - not everyone accepts mate.

As a person with good experience in managing rather large teams, I believe that the situation can be rectified.

To begin with, take on the Ministry of Culture. Precisely for the beginning.

Conduct an analysis under which minister were films filmed and released in mass reproduction, including cartoons, throwing mud at the country? When did the programs come out that actually advertise abnormality in human communication?

And if with their connivance (if not worse) this was done, then such with accomplices will be freed from awards, titles and benefits.

Then to figure out why there are no good youth films, for example, where the clever protagonist argues that obscenity in society (namely in society), as a discussion of fecal details of life, is quite capable of destroying a family or preventing the creation of a new one?

That in cold weather walking with a bare lower back (remember, a few years ago there was such a fashion among girls), with bare ankles is a path to chronic diseases.

Why are there no films showing a lady whose small dog barks at a passer-by, and the hostess convinces that the dog is very kind and does not bite, and the passer-by calms the hostess, saying that he understands perfectly well that in fact it was not the dog who barked at him, but the hostess who taught a dog?

Where they show him walking on the lawn, although there is asphalt nearby, and the voiceover convinces us not to be indignant, because we are not indignant when a silly bird shits anywhere.

Where they show a stupidly located pedestrian path, as a result of which you have to trample the lawn, and the pretty main character says that this nonsense was done by the one who had obviously bought a diploma of a builder / architect?

Where are the Russians - Mordovians, Tatars, Slavs, other Yakuts, Jews and Bashkirs - immediately rebuff cattle foreigners with the full support of the police, prosecutor's office and the court?

Where do they show that various bloggers, artists, managers and supervisors live off those who produce material goods - food, energy, metal, etc., that the homeland needs wipers more than bloggers and rappers?

And if there is no clear explanation of why such films were not filmed, then optimization of such culturologists in terms of payment, benefits, and states should be carried out.

Maybe the time has come to carry out optimization in the Ministry of Culture according to the toughest option. And it's harder to ask for poor performance. The control system requires the more action to rectify the situation, the greater the deviation from the norm was allowed.

Descendants of the buffoon

In the meantime, the majority of young people, it seems to me, are not very interested in family, district, city, region, country. They have heard of bloggers, artists and others like that. Few of the schoolchildren want to be a worker. And engineering or officer work does not particularly appeal to them.

That is why they do not know: what is good to think about the future of the country?

How did it happen that not the heroes of the boyans, Homers and minstrels, but the descendants of cheeks, broke into the rulers of the thoughts of our youth?

And not only young people.

And in fact, today's youth is characterized by an anecdote:

- Our dear, Dostal, Teacher, Guskov and the like! Thank you so much for the film "Panfilov's 28"!

- Thank you for that!