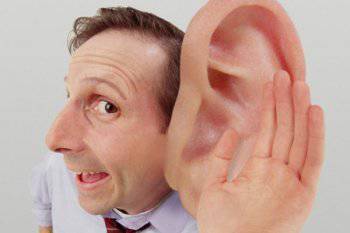 How to “press a person against a wall” and recruit is written in detail in all textbooks for intelligence schools. But life is much more complicated. And many of the classic intelligence techniques are no longer working. In their stead come others. This was told to our observer by veteran Soviet and Russian intelligence services retired colonel Igor Vladimirovich Kuznetsov.

On broads no longer burn

I have been preparing for this conversation for a long time. And, going to visit the old counterintelligence officer, I printed a few pages on my printer from my computer file on traitors-deserters. Here are some excerpts from it.

Alexander Filatov, employee of the Soviet attache in Algeria. Major of the GRU. The Americans began its development during the previous trip - to Laos. It turned out that the main passion of Filatov were women. Once, when he was walking down the street, a car stopped nearby. Behind the wheel of a pretty white woman offered to give a lift. After some time, they arranged as if a random meeting in the store. Next - a visit to the lady, dancing, sex. At the next meeting instead of foreign beauty came an employee of the US mission. He presented the major photos of a stormy night and offered to distribute them to his colleagues.

During the 14 months of work for the CIA, Filatov handed over all the KGB and GRU residency lists, the embassy's annual report and other top-secret documents. He was arrested in Moscow, sentenced to 15 years in prison. Released on 92.

Secretary of the Party Committee of the Red Banner Institute of Intelligence named after Y. Andropov, Colonel Vladimir Piguzov, who owned all the secret information about graduates. In 1974 in Indonesia, he broke down on a local beauty and worked for the CIA for almost ten years. It is difficult to even imagine what a huge card index the “owners” of the CIA managed to compile. According to rumors spread later in Yasenevo (headquarters of the Foreign Intelligence Service of Russia), walking in the evenings with the dog, the colonel gave information about the students on a walkie-talkie hidden in her collar. They took it only thanks to Aldrich Ames. Shot

Boris Yuzhin, lieutenant colonel of the Washington residency of the PGU KGB Boris Yuin ). Alexander Ogorodnik, who worked in Bogota under the roof of a diplomat, was seduced by a Spanish agent (see the film “TASS is authorized to declare” according to the script by Julian Semyonov). Poisoned.

Having read these lines from the file, I triumphantly looked at Colonel Kuznetsov:
- If professional scouts come across in the “honey traps”, then how many simple men were recruited by female recruits ?!

Igor Vladimirovich grinned:
- Cherche la femme - “look for a woman.” In my youth, I myself almost left the service due to a divorce. He stood in front of the party committee with his head in the position of a repentant sinner. He was turning his hands with excitement, but he himself, a young fool, at the same time thought: how do hedgehogs have sex? The spines interfere ...

“You see, the sexual instincts act in all situations,” the “AN” columnist responded. - Therefore, all intelligence uses "honey traps".

But Igor Vladimirovich did not agree:
- On broads now do not burn. Even before, smart people simply dismissed such compromising. Remember how in the film “Seventeen Moments of Spring” Schellenberg talked about the unsuccessful attempt to recruit the Brazilian consul? When the photos of his sexual pranks were presented to him in the elite brothel, he asked for another set of pictures. Like, his wife also loves pornography.

We laughed together, remembering our favorite movie. And then the owner of the house told a curious case, when the KGB "honey traps" did not always lead to success. For example, the visit of Indonesian President Sukarno was long remembered in the Lubyanka. It seemed that everything was going well. Did not even have to send anyone. The president unequivocally demanded the ladies, and each time new ones. There was no shortage of “frames”, and to the great delight of the operatives, we managed to shoot not one, but several films, which were scrolled by the distinguished guest when the official part of the visit ended. And what? The only reaction of a loving president of a friendly country was the request to give him a copy: “My people will be proud of me!”
It was still in the middle of the last century. And now, after the sexual revolution in the world, an alien woman in bed has ceased to be compromising and a means of blackmail.

- Who is now playing the role of live bait in sex traps? Are men? - I could not resist the tactless question, knowing that in our intelligence always treated homosexuals with contempt, even successfully using them.

“Gay traps are also gradually fading away,” answered Colonel Kuznetsov. - In many countries, and now in Russia, gay men no longer hide, take to the streets, hold their parades. Representatives of the "blue mafia" can be found at the highest positions.

- Do you give concrete examples of the weak? - I tried to subordinate Igor Vladimirovich.

In response, he turned on the VCR. On the record was the Kremlin press conference of Dmitry Medvedev and British Prime Minister David Cameron.

Smiling at all thirty-two teeth, Dmitry Anatolyevich joked about the rumors about the attempt of the Soviet secret services in the 80-s to recruit the current prime minister of Great Britain.

“I’m sure David would have been a very good KGB agent, but in that case he would never have become British Prime Minister,” Medvedev said.
Earlier in some British media, there were reports that nineteen-year-old Cameron visited Yalta, and there was a case with him that resembled a “recruitment attempt to the KGB.” About this in an interview with the BBC a few years ago, he told himself.

But first, Cameron had to tell the staff of the British counterintelligence MI-5 about this incident. He said that in 1985, after graduating from Eton School, he traveled the world. In Moscow, he met with his school friend Anthony Griffith and went with him to Yalta.

When the two of them sunbathed on the beach, intended for foreign tourists, two Russians suddenly got to talking. They spoke fluent English. Soon we had lunch together. And then new friends invited young Englishmen to dine with black caviar.

- That evening was drunk a lot. Black caviar enjoyed great demand among young English aristocrats. But seductive Oksana with a breast of the fourth or fifth size left them indifferent. Nineteen-year-olds with obvious interest looked at the slender figure of Valery - the local translator of Intourist with epaulets.

“Are you saying that David Cameron and his buddy Anthony Griffith were homosexuals?”

“Among the corrupted English aristocracy, this is not considered a great sin,” Igor Vladimirovich grins. - We never caught the sons of Misty Albion on such a deadly compromise. It was at our time that we were given up to six years in prison for sodomy. And in the West, gays are sitting in the chairs of the mayors of the largest cities.

“And we can meet them both among the ministers and among the judges, not to mention the deputies,” in order to avoid lawsuits, I did not name specific names, many of which are widely known.

- Bisexuality among politicians is not a new phenomenon. They largely imitate the Roman patricians. But the use of drugs even in the most democratic society is viewed with condemnation, - Igor Vladimirovich handed me a certificate from his file.

It said that in 1979, David, following family tradition, entered elite Eaton College. In May, 1983, shortly before the first final exams, he was caught smoking marijuana, but since he confessed to the crime and did not distribute the drug to other students, he was not expelled, for some time he was denied the right to go beyond the walls of the college. According to rumors, before the start of his political career, Cameron could use hard drugs. Maybe that's why parliamentarian Cameron proposed to reduce the responsibility for the use and sale of the drug Ecstasy.

Recently, British journalists announced the figure of foreign capital of the clan now ruling in Russia. According to them, it has already exceeded 130 billion "green". At any time, this currency can be frozen in foreign banks. Prepositions can be found easily. For example, recently the sensational case of the lawyer Magnitsky. The list of objectionable Russian officials, we recall, was made in October by 2011 by US Senator Benjamin Cardin. It is kept secret and is constantly updated.

The States themselves will adopt the “Magnitsky Act” in the near future: the bill is supported by the majority of Republicans and Democrats in both chambers of Congress. It is expected that, in addition to the United States, capital will be frozen and visas issued to those involved in the Magnitsky list will also be suspended by England, Sweden and the Netherlands.

Who is most vulnerable to compromising blackmail? These are super-rich officials in power, both current and former. The press called famous names.

The top ten richest people in power are former Finance Minister Alexei Kudrin, Transport Minister Igor Levitin, and a married couple Viktor Khristenko - Tatyana Golikova. But even they are ahead of the family of the First Deputy Prime Minister of Russia, Igor Shuvalov.

True, he himself, judging by the income declaration, is almost as poor as a church rat. But the unemployed wife is a dollar billionaire. In 2009, Olga Shuvalova became a co-owner of Zarechye-Development, which owns the land in the village of the same name in the Odintsovo district near the Moscow Ring Road, where the Skolkovo business school is located and the construction of the Russian Silicon Valley is planned. According to minimal estimates, Zarechie-Development owns more than 250 hectares near Skolkovo. According to experts, the cost of land in this area reaches 5 million dollars per hectare. The precious land near Moscow, bought in the recent past for a pittance, is not the only business asset of the Shuvalov family.

In computers of foreign intelligence services, I am sure, there are many specific examples of such “financial pranks”. Therefore, it is more difficult to get out of the “currency trap” than from the sexual one.