Americans may abandon plans to deploy the European segment of the missile defense system, or Pig for Warsaw and Bucharest 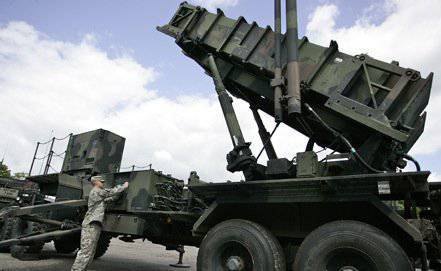 Not so long ago, the US Congress requested an expert group from the National Research Council of the United States (a department of the Academy of Sciences) to prepare a report on the prospects for deploying an American missile defense system. At the same time, the congressmen decided to find out the opinion of experts on how effective the program being built is an adaptive approach to the American missile defense system in terms of its possible counteraction against the Iranian and North Korean threats (well, not the Russian threat, in fact, to consider).

Specialists, as usual, scratched their heads and heads for a long time, after which they gave birth to a very interesting analytical report, according to which the approach to deploying an anti-missile defense system needs to be changed. Such information caused a lot of questions to the speakers. Why, they say, change, because it seems that there are agreements with many countries about placing anti-missiles on their territory, and money, as they say, is already invested - what are you saying, you are carrying it, gentlemen from the NIS USA.

The specialists responded to this as follows: there is nothing reprehensible in the program itself, of course, but there is one important aspect in it that causes some rough edges. The idea is that plans to deploy antimissiles in Eastern European countries may not lead to an effective result. Such an opinion among specialists came about after they analyzed one of the points of the very adaptive approach developed by the American administration. This clause states that by 2020, the United States must completely replace the antimissiles, which will be installed in Poland and Romania during 205-2018, with completely new and better versions.
American experts said that such a move would not lead to anything good for defense against a possible enemy attack, because defense systems simply cannot effectively counteract enemy missiles at the height of the climb. According to the report, the antimissile missiles will have very little time to intercept the missile, and this time, even for approaching the area close to the launch site, will not be enough.

In other words, either the Americans need to install missile defense systems directly in Iran and the DPRK in order to simply fill up the launch sites with their antimissiles, or to transfer the combat-ready part of the missile defense to their home to hit missiles in the middle stage of flight. I think the North Koreans and Iranians will react to the deployment of US missile defense systems in North Korea and Iran without understanding ... In general, it is not customary in these countries to understand the longstanding American horror stories about nuclear Tehran, multiplied by Pyongyang’s nuclear ... and others against it, it turns out that Americans need to take their multibillion-dollar (in terms of cost of implementation) missile defense system, which is called, an armpit and even transfer to their own land. More precisely, to leave on their own land, because the anti-missiles in a stationary state in the designated Eastern European regions have not yet appeared.

Analyzing the information that came from the United States, there arises at least one more interesting question. If we talk about the fact that the NIS specialists prepared their report just a few days ago, it turns out that the plan itself for the deployment of the European missile defense system was developed without taking into account the opinion of experts.

Has anyone infected Americans with a classic Russian virus: we first plan and develop, invest, and then suddenly we start to think about why we need it and whether the project will be effective. Has anyone really managed to implement the Russian version of Dulles’s plan for the USA ...
It is terrible to imagine what will happen to the authorities of those states where the Americans were going to not only deploy Euro missile defense, but also to engage in its systematic modernization, if the American administration suddenly listens to the opinion of NIS experts. The probability, of course, is microscopic, but again, suddenly ... Then this day in Poland and Romania will be clearly declared a day of national mourning, and the US’s refusal to cooperate on missile defense can cause mass insanity among the political elites of these countries, ready to deploy missile defense at least which blocks to join and at least some initiatives of the western "partner" to support.

After the experts declared the insolvency of the US missile defense system in Europe, a plan for the deployment of a continental missile defense system in the United States was immediately proposed. It should be recalled that now in the United States there are two blocks of missile defense: in Alaska and in California. The speakers advise to mark the third block in one of the northeastern states, which, in their opinion, would be much more efficient than spending on the deployment of similar systems in Eastern Europe.

As soon as such information came from the United States, many experts in Russia said that if the Americans started building a third missile defense unit at home, this would adversely affect the security of Russia. One of the supporters of this version is the head of the Center for Military Forecasting Anatoly Tsyganok and a representative of the Institute of Political and Military Analysis Alexander Khramchikhin. In particular, according to Khramchikhin, having American anti-missiles right next to Russia (in Eastern Europe) is much safer than if they were located directly in the United States. The matter allegedly is that the European missile defense system for Russian missiles is absolutely not terrible, but on the contrary, it plays the role of a garden scarecrow. But if, they say, the American authorities will transfer these anti-missiles to themselves, then the threat for Russia will be obvious ...

The bottom line is that the Russian strategic forces cannot in any way threaten missile defense in Europe, whatever tantrums we might have on this issue. And the missile defense system may be threatened if it is deployed in the territory of the United States of America itself.

Alexander Khramchikhin, head of the analytical department, "Institute for Political and Military Analysis" in an interview with the "However" correspondent

Plus, Russian experts understand that mine rockets can be replaced with nuclear ones within two days. Previously, we offered the help of our experts, but the Polish, Romanian and Bulgarian governments have denied us this.

In general, we already need to deal with planetary threats.

Anatoly Tsyganok, Head of the Center for Military Forecasting, Corresponding Member of the Academy of Military Sciences, Assistant Professor at the Faculty of World Politics, Moscow State University, commented on the situation for “However”

The version is, of course, interesting, but if you follow the same logic, then in general for us the greatest threat is the army of any foreign state that does not even go beyond the borders of this state. By the same logic, we should not be scared of the expansion of NATO, because, well, as they say, according to anyone, it does not bear any threat to Russia ... But if it didn’t expand, then write it was gone ...

And in general, in this case, the fears of the Russian authorities, which express clear dissatisfaction with the US plans to deploy anti-missile systems and radars in the immediate vicinity of Russia's borders, are completely unclear. Why so Medvedev at one time indignant and threatened Iskander near Kaliningrad to place, if this is EUROPRO - just a garden scarecrow? Apparently, he then waited for reports by American experts from the NIS, who would put everything on the shelves and in fact declare that now, for sure, EUROPRO should not be afraid.

In general, some kind of incident with this American missile defense is obtained. The United States itself has developed a plan, introduced steel, and now they have declared to the whole world that they should not be afraid of this system. And here we are still talking about the Russian inconsistency.

But if the Americans are going to disarm Europe, then you need to tell them that Warsaw and Bucharest will be left for half a rocket. And then, well, in fact, it is a pity for these Poles with Romanians. They are simply powerless without the American defense against the attacks of Pyongyang and Tehran ...