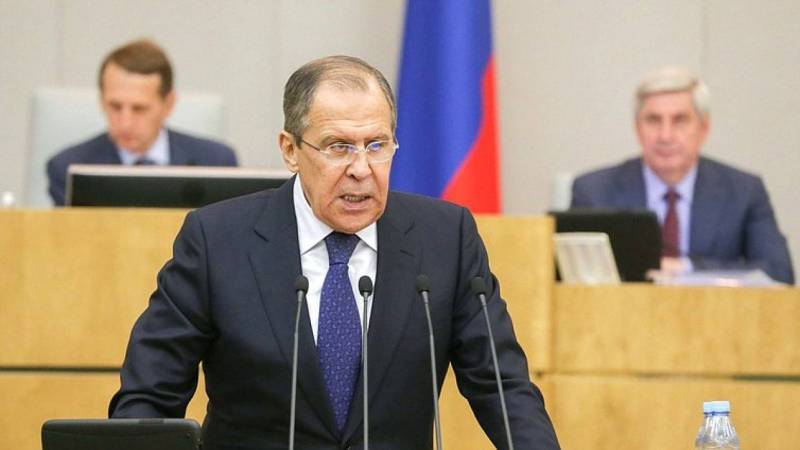 When relations between potential opponents dominating the planet deteriorate, it makes the rest of the players nervous. Another reason was the rupture of diplomatic relations between Russia and NATO. Since November, Moscow has been freezing contacts with the North Atlantic Alliance, established under President Yeltsin.

On May 27, 1997, the corresponding "Founding Act on Mutual Relations, Cooperation and Security" was signed. At that time, the Chief Military Representative of the Russian Federation appeared in Brussels, who, if anything, could be contacted directly. All was well, and the Europeans even promised not to deploy significant forces in new areas.

However, from all points of view, this Act was beneficial to NATO, since it did not forbid the alliance to expand to the east. As you know, two years after the signing of the document, the Czech Republic, Poland and Hungary were admitted to the alliance.

Relations between Russia and the international military alliance at all times could hardly be called friendly, but the diplomatic protocol worked relatively successfully until 2014. In connection with the situation in Crimea, the alliance announced that "business as before is impossible" and ceased contacts through the Russia-NATO Council. More precisely, he did not stop completely, but left purely decorative functions - contacts at the level of ambassadors usually ended in mutual accusations without a constructive result.

In 2014, NATO members quickly switched to the former rails of collective defense against hypothetical Russian aggression. However, at the same time, Brussels perfectly understood the importance of a dialogue with Moscow in the military sphere and in the “post-Crimean” period came up with the 3D “Defense and Deterrence and Dialogue” principle. In a loose translation, it sounds like "Russia must be contained, armed against it, but also not to forget about the conversation."

Brussels in this situation is once again talking from a position of strength. The message is very simple - we are rapidly gaining military power in order to dominate the dialogue. Naturally, Moscow was not at all interested in this, and from a certain moment all contacts had a formal function, creating the appearance of constructive communication.

The expert community of Russia, the United States and Europe in 2020, in connection with the rapid cooling of relations, held consulting seminars in the hope of finding points of development of relations. In the final report "Recommendations of the participants in the expert dialogue on reducing the risks of military confrontation between Russia and NATO in Europe", a special role was assigned to the resumption of the political dialogue and the creation of an additional consultative mechanism on the problem of medium-range missiles and missile defense.

The report with appeals was signed by 166 people, and these are far from the latest experts on the military-political horizon. Among the signatories are former NATO foreign ministers, high-ranking diplomatic officials, retired European senior military officials and many Russian specialists in European relations.

The report, in particular, raises the important issue of surprise troop checks and exercises that are regularly conducted by both Russia and NATO countries.

Without the proper level of contacts, who can exclude an inadequate response from the other side?

It will appear to Brussels that the next alarm in the Western Military District is not a training one this time, and they will dare to strike. In this case, the authors of the report propose a certain mechanism of "silent notification" at the levels of the General Staff of the Russian Armed Forces and the Supreme High Command of the European NATO forces. That is, the Russian General Staff, bypassing its own troops, warns NATO bosses in advance about the planned military maneuvers.

European generals should act according to a similar scenario.

The decision is absolutely not new, but it seems that contacts at the level of the high military command are now the only opportunity for dialogue between Moscow and NATO headquarters in Brussels.

NATO was the first to announce the reduction of bilateral contacts.

In early October, the Europeans went into confrontation, unexpectedly cutting the Russian diplomatic mission in half.

Sky News commented on the move as follows:

“NATO has decided to cut in half Russia's mission to the alliance in response to alleged hostile activities by Russia, including assassination and espionage. Eight diplomats, who are considered undeclared intelligence officers, will be asked to leave, and two more positions will be reduced. "

Once again, Russian representatives are being oppressed abroad without any proof.

By the way, this is not the first attack on diplomats of the Russia-NATO mission - in March 2018, seven employees were expelled, and three more were denied accreditation.

Now in Brussels after the diplomatic sanctions of the alliance, only ten Russian diplomats were supposed to remain. Moscow decided to take the diplomats home, where they were obviously much more important.

“In response to NATO's actions, we suspend the work of our permanent mission to NATO, including the work of the chief military representative. Probably from November 1 - or it will take a few more days. "

From that moment on, the military mission of the North Atlantic Alliance was removed from Russia in full force and the information bureau of the organization was sent out.

If you have any questions, NATO officials can contact the Russian Ambassador to Belgium. Likewise, communications within Russia will be established, if foreign diplomats so wish.

Of particular interest is the closure of the NATO information bureau, which carried out openly propagandistic, if not subversive, activities in Russia. PR specialists of the bureau were actively working with both specialized journalists and non-profit organizations. In the future, this allowed them to create a "correct" information background among the public.

If one can still regret the loss of diplomatic contacts, then one can only rejoice at the departure of the information bureau employees to their homeland. After all, there is an organization's website for anyone eager to learn more about NATO.

The exchange of mirror sanctions, which actually buried diplomatic relations between Russia and NATO, speaks volumes.

Firstly, no one particularly clung to this relationship. They irritated each other, performed a formal function and were just another trump card in endless confrontations. Now, when there are no trump cards to donate, the degree of mutual accusations may decrease.

Secondly, the situation with the closings of missions is an obvious initiative of NATO. When Brussels halves the number of Russian diplomats, should it obviously wait for a symmetrical answer?

The whole theater is designed to aggravate the situation, but gently - on the diplomatic front. The scandal is great for distracting the attention of Europeans from the infamous withdrawal of NATO troops from Afghanistan.

"Always guilty" in all Russia justifies the clumsiness of the Europeans. No one will really understand what exactly is to blame - critical thinking is not required to perceive such information.

This diplomatic история looks also in connection with gas collapse.

Look, the NATO officials will point out, we just sent a handful of Russian spies to our homeland, and Moscow in hysterics is tearing up all diplomatic ties. It turns out that she is unhappy, which means they did the right thing. And the hypothetical "gas war" is another link in the chain of Russian anti-European hostility.

Given this logic, it is really worth minimizing all peaceful contacts with the belligerent Brussels. Obviously, only the conversations of senior military officials can have a sobering effect on NATO bosses.