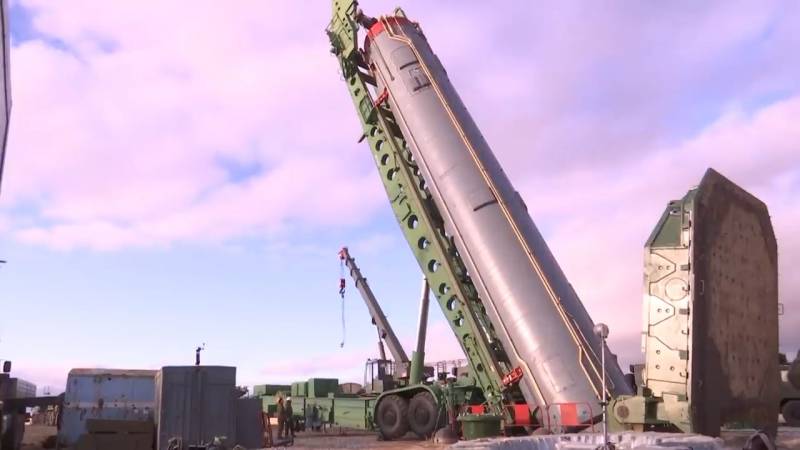 Installation of the UR-100N UTTH missile in the mine. Photo of the Ministry of Defense of the Russian Federation

At the end of the seventies, the first UR-100N UTTH intercontinental ballistic missiles took up combat duty. Despite the record age, weapon this type is still in the ranks, and they are not going to give it up yet. As reported, once again, measures were taken to extend the service life. According to their results, old ICBMs will be able to remain on duty until at least 2023.

RIA reported on the next extension of the service life of rocket technology on October 18 News... The agency received information about these events from the general director and general designer of NPO Mashinostroyenia Alexander Leonov. The head of the enterprise spoke about the events of the past years and decades, about the latest work and plans for the near future.

RIA Novosti recalls that the UR-100N UTTH ICBMs appeared in the missile forces in 1979. The production of such products continued until 1985. The guaranteed service life of the missiles was initially 10 years, but in the future it was planned to extend it taking into account the technical condition. The Ministry of Defense regularly launched relevant work, as a result of which the service life was repeatedly extended, and the missiles are still on duty.

A. Leonov said that UR-100N UTTH products have the longest terms of service. The originally set deadlines have already been extended by 37 years, thanks to which the missiles remain in service and ensure the implementation of the Strategic Missile Forces' plans. In accordance with the results of recent activities, such ICBMs will be operated until 2023. At the same time, new work is planned for the next 2022 to determine the state and prospects of available weapons. 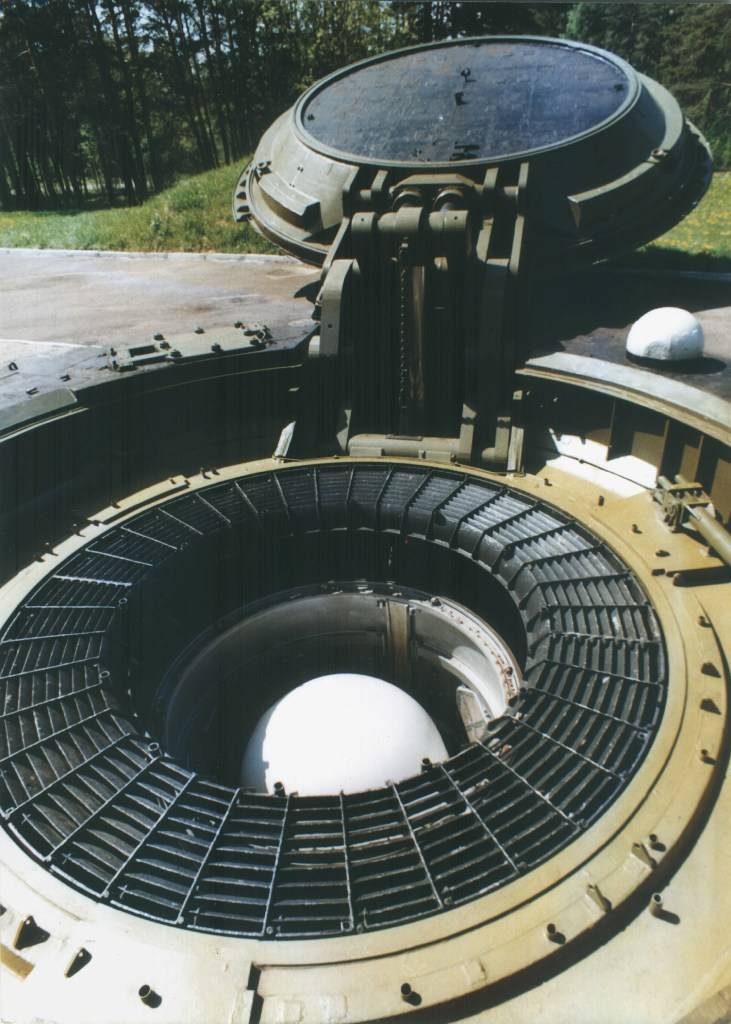 Rocket in the launcher. Photo Missilery.info
The head of NPO Mashinostroyenia noted the uniqueness of the work carried out. The task of such a long operation of the complex with ICBMs while maintaining all the technical and combat characteristics was solved for the first time in the world. To do this, it was necessary to create a complex integrated program that combines several research and development work of various kinds at once.

As part of this program, existing products are regularly surveyed. The strength of the load-bearing structures and the condition of the fuel tanks are checked; fuel components are analyzed. Also, tests are carried out in climatic chambers, with the help of which the effect of the external environment on structures is determined.

The UR-100N UTTH ICBM, aka RS-18B, was an improved version of the UR-100N (RS-18A) product. The latter was put into service and went on duty in 1975, and a few years later an improved modification with improved tactical and technical characteristics appeared. Two missiles of the UR-100N line entered the Strategic Missile Forces and supplemented the existing systems of the heavy class of the R-36 family. At the same time, as far as is known, the number of UR-100N was inferior to the existing family.

The production of the UR-100N UTTH missiles was completed in 1985. Accordingly, by the mid-nineties, even the last serial products had reached their designated service life. However, by this time, a set of measures had been developed to extend the deadlines. In the future, the remaining missiles repeatedly went through the necessary procedures. Due to this, to date, the terms have been increased by almost 4 times compared to the initial ones. 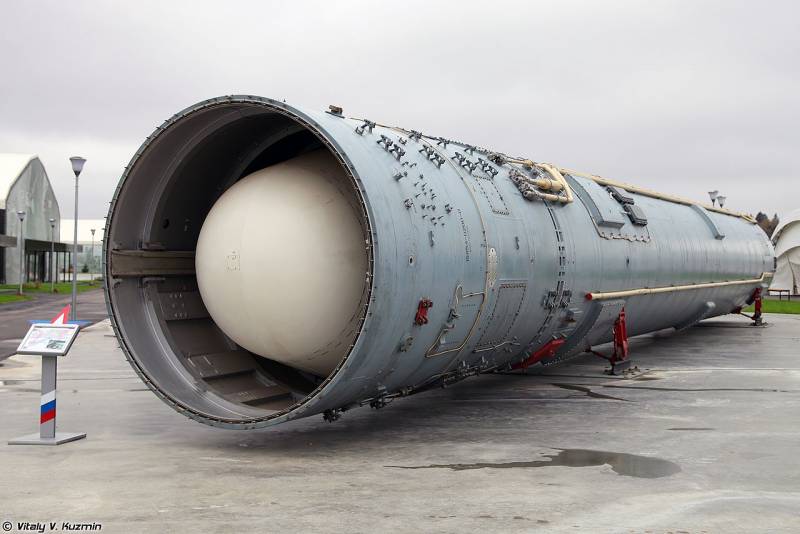 Museum UR-100N UTTH. Photo Vitalykuzmin.net
In connection with the renewal of the Strategic Missile Forces materiel, the scale of the extension programs is gradually decreasing. So, in April of this year, the general director of NPO Mashinostroyenia said that now the UR-100N UTTKh missiles on duty are gradually being replaced by modern Yars complexes. At the time of the beginning of these processes, the troops had about 150 ICBMs of the old model. Now their number has decreased by three times.

However, the old UR-100N UTTH is not yet going to be completely abandoned. Moreover, they have recently mastered a new "specialty". At the end of 2019, the first regiment in the Strategic Missile Forces, equipped with Avangard missile systems, took up combat duty. The carriers of the hypersonic gliding warheads at this stage were the modified UR-100N UTTH ICBMs.

It is known that in the future Avangard units will be mounted on the promising RS-28 Sarmat heavy missiles. However, such an ICBM has not even entered flight tests yet, and its appearance in service is expected only in a few years. Until that time, the only carrier of ultra-modern weapons will be an old rocket with a repeatedly extended service life.

It should be recalled that the UR-100N UTTH is capable of solving not only combat missions. Serial combat ICBMs can be rebuilt into Rokot and Strela carrier rockets. The Rokot light-class product has been actively exploited since the beginning of the nineties and has provided the launch of several dozen spacecraft into orbit. The first launch of the upgraded Rokot-M missile with an improved control system is scheduled for next year. 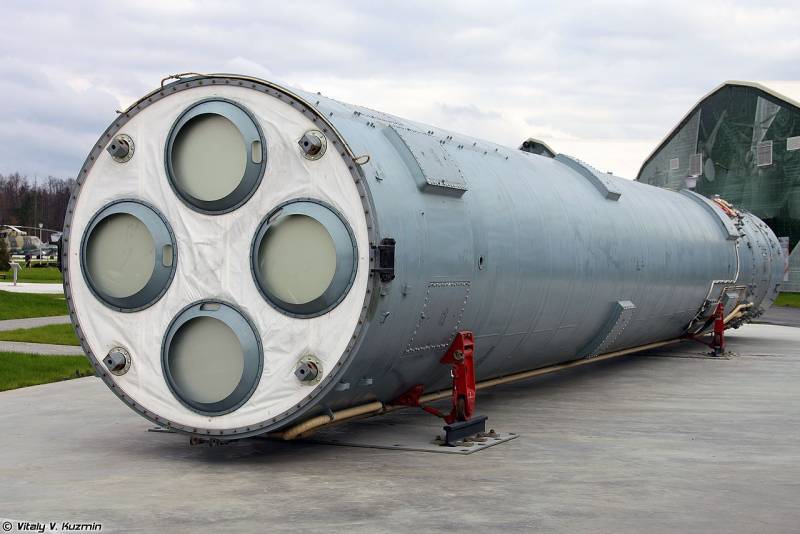 Thus, the UR-100N UTTH is still of great importance for the further development of our Strategic Missile Forces. Accordingly, measures aimed at keeping such weapons in service will continue. Plans for several years ahead are already known - and possible events in the more distant future.

According to the latest reports, the service life has already been extended until 2023 and will increase again in the future. The necessary measures are again planned for the next year. In addition, in April, A. Leonov told the press that the current plans are to extend the terms by three years - at least until 2024. Moreover, NPO Mashinostroyenia is ready to ensure that the missiles continue to be on duty "as much as needed."

However, at the same time, the head of the enterprise noted that predictions are inappropriate in this area. Rocket technology "itself will have to tell" what its future will turn out to be.

Records in the ranks

It is noteworthy that the UR-100N UTTH rocket has already set a record for the duration of service. November marks 42 years since the start of combat duty, and December will mark 41 years since the missile was put into service. No other domestic intercontinental ballistic missile can boast a similar service life. And in the near future, as the resources are extended, such records will only get better. 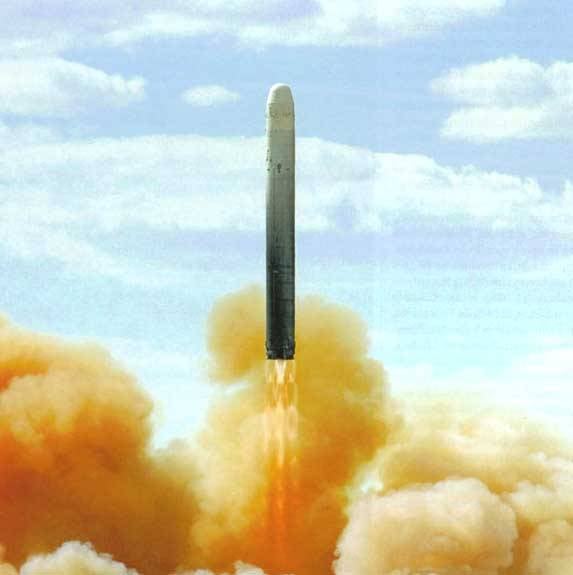 Rocket launch. Photo Missilery.info
The reasons for this success are quite simple. First of all, it is a successful design with great potential and resource, capable of showing the required characteristics even decades after its appearance. In addition, over time, it was possible to find opportunities for creating fundamentally new systems, such as launch vehicles or hypersonic complexes.

It is also necessary to note the constant and effective efforts of the development organization aimed at solving several main problems. It is thanks to NPO Mashinostroyenia that the UR-100N UTTKh missiles are still in service and solve the problems of delivering "conventional" and hypersonic warheads, as well as launch satellites into orbit - and will continue this work for several more years.