Strange map of Europe or how Google wages the information war 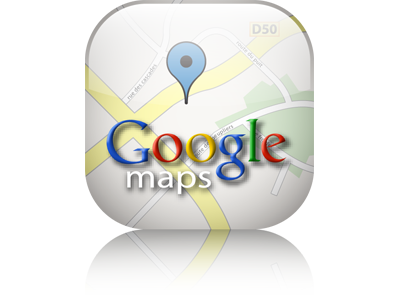 The article by Dmitry Gusev will tell us a lot of new and ... scary about the geography of Europe. Something does not believe in simple accidents when reading this material.

“Quite an interesting situation. I work in Finland, and therefore I went to Finnish courses. There are many foreigners in the group: from the British to Indonesians. At the first lesson, we met, and the teacher printed out several maps for a variety of conversations, so that everyone could mark the place from which he came. The cards were 3 stuff. Two maps of the World and one map of Europe, including part of Russia. The last map was the most interesting. You can see it in the 1 picture. 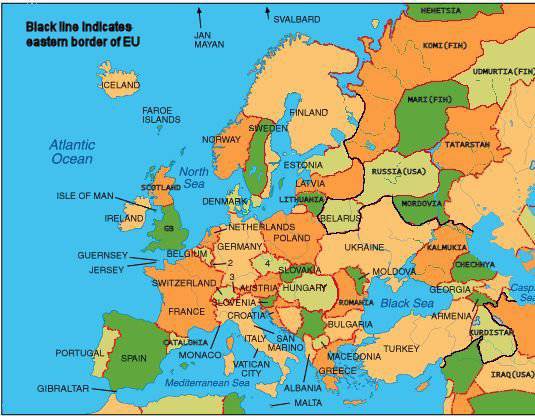 Figure 1. Map of Europe, downloaded for the query “Map of Europe” in Finnish from Finland from the domain google.fi

The map shows how Russia is divided into pieces, into different states, and it looks just like Europe, consisting of colorful patches. The “states” of Tatarstan, Udmurtia, and Komi are visible. Actually, from Russia there was a tiny piece in the area of ​​Moscow. It is also surprising Finland, “out of borders” and occupying Lake Ladoga, Onega lakes and a significant part of Karelia. In addition to the new borders of the states, the border of the European Union has been changed, which looks at least strange - Europe includes part of Russia (for example, Krasnodar Territory), some states of the Caucasus, part of Iraq ... Even smaller signs of 'FIN' in the “country” of Udmurtia are less clear and the “USA” for “the country of Russia in new frontiers” and the same mark for Iraq.

Teacher, when we drew his attention to this strange map, was also surprised and said that he found this map on a simple request on Google.fi: “euroopan kartta”, which in Finnish means “map of Europe”. We checked it together with the teacher, and indeed, it turned out this way - the map was on the first line of the first page of search results.

(A few days ago, when the author sent me this material, the map was the first. Today - the second - N.S.)

The full request is given in link, and its results are shown in Figure 2, where the strange map is highlighted with a red frame. The very same strange map, which is in the first line of the answer “Google.fi” is located on link. Perhaps, if the request is made from another region, the result may differ. 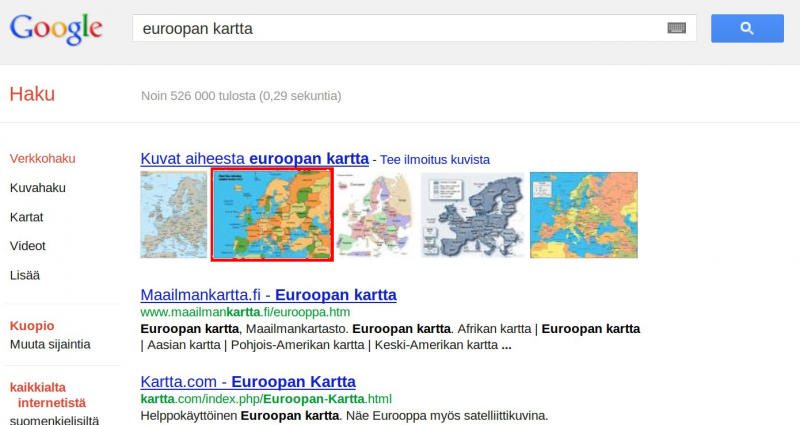 However, back to the map. Strange in this situation is not that someone draws such cards. Perhaps these are some geography lovers, Finnish nationalists or just children. It does not matter. It is important that this particular card is searched for on such a simple request as the “Map of Europe” as one of the first options.

What is it? Accident? After all, Finnish children, who will study geography at school, will most likely use the Internet and will find this particular map. What will they think? For example, I ran into this map during a language course. The card was printed by the teacher. The error was noticed only by Russian students. Foreigners did not pay special attention to the map and did not notice anything strange. By the way, all students are adults. So what can children think?

Accident or not? Why, of the thousands of maps of Europe, did this one turn out to be in the first place, it was completely untrue? Everyone knows that Google usually “searches” and finds everything correctly and the relevance of its answers is very high. Why is such an absurdity in this case? Nevertheless, we will consider it a mere coincidence.

But I would like to draw the reader’s attention to how potentially scary information can be weaponif you run it into action. We cannot even imagine what can be done using only Google and its Youtube service, assuming the possibility of manipulating the results of searches ... And then there is Wikipedia, Facebook and other sources of information that have repeatedly surprised people with how they present information ...

I would like the readers of the article to also verify that they’ve found Google for this query and confirmed the truth of my words, in case the results of the query become different, they would be eyewitnesses to this event. To do this, repeat the request “euroopan kartta“ from the domain “google.fi”. You may also need to select the region “Finland” in the settings of Google. If someone is not lazy, please confirm the results in the comments. ”