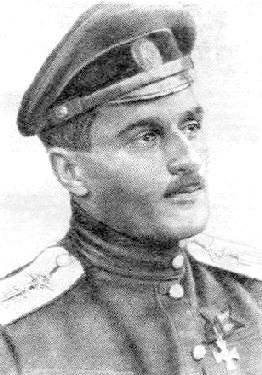 Alexey Shiukov (or Shiukashvili in Georgian) was born in 1893 in Tiflis. His father was a literate man, a lawyer and tried to give his son a good education. Underground meetings of Bolsheviks were often held in their home, so as a child, Alyosha saw many famous Transcaucasian revolutionaries — Soso Dzhugashvili, Ordzhonikidze, Makharadze. While still quite young, Alexey was interested in Zeppelin's airships, the biography of Lilienthal and, of course, the first aircraft. Having observed the behavior of large birds in nature, the boy began to design his own aircraft. The first of them - a muscular unit crashed while trying to take off. Then Alex decided to switch to the construction of a glider. It was on his fifth of May 1908, at the age of fifteen, that he made his famous flight. Early in the morning on Mount Makhata, Alexey, together with his friends, raised a biplane glider and, having thrust his head and shoulders into the holes in the lower wing, clutching at the pillars, ran down. The glider took off and, rising to four meters from the ground, flew along the slope about a hundred steps, after which, pecking, sat down. It was the first successful free flight on a glider in our country.

They wrote about the “flying gymnasium student” in Tiflis newspapers. The angry trustee of the educational institution called Alexey's father and, declaring “about the pupil’s outrageous, indecent flight tricks,” asked him to make a choice, saying: “It’s not up to students to be engaged in flights. And therefore - or gymnasium, or circus in the air. " Dad, I must give him his due, chose the second, and Lesha passed the final exam as an external student.

After this, Shiukov continued to improve the design of the aircraft and improve the art of piloting. Soon he successfully jumped off a cliff 75 meters high and flew a quarter kilometer away. He began to write articles and stories in newspapers, to speak in working circles. Not yet coming of age, Alex was admitted to the Caucasian aeronautical circle. Together with this, he continues to study books on aviation. There is sorely not enough time for everything, Shiukov works at night, he develops a habit of walking for all his life with maximum speed, almost running. Father’s modest salary is barely enough to buy materials for the construction of aircraft. Alexei builds his fifth work - a monoplane called “Canar” (in French - “Duck”) because of the horizontal tail in front of the wing with the help of volunteers.

The workers of the railway workshops grind out all the necessary metal parts, the wheel springs are made by the coachman, a familiar joiner helps to stretch the wings. Fifty horsepower engine was removed from the damaged aircraft during the accident and repaired. In the spring of 1912, test flights began, which immediately ended in an accident. After that, Alexei made some changes to the design by adding a nose wheel, ailerons, floating elevators and a keel. The run became 40 meters, mileage 30 meters, speed in flight - about 100 km / h, improved stability of the aircraft in the air. After upgrading the aircraft was named "Canar-1 bis." Shiukov made on it more than thirty flights. Due to the weak engine, the flight duration was limited to eight minutes, and the height - one hundred meters. In the same year in Odessa, Alexey officially received the crusts of an aviator pilot, because the police did not allow public flights without a diploma. Considering the experience gained during the construction of the first aircraft, in 1914, Shiukov began to develop a second aircraft of the same design, but already having a military purpose, with an engine of eighty horsepower. He received the name "Canar-2" and meant the installation of a machine gun and sight. The construction of the aircraft was never completed, since the First World War began, and Aleksei filed a petition for his enlistment in the army as a volunteer. By this time, the tsarist government of Russia had already realized the importance of aviation. Special educational institutions prepared the pilots in a hurry. For retraining, the military pilot Shiukov was sent to the Gatchina Aviation School. 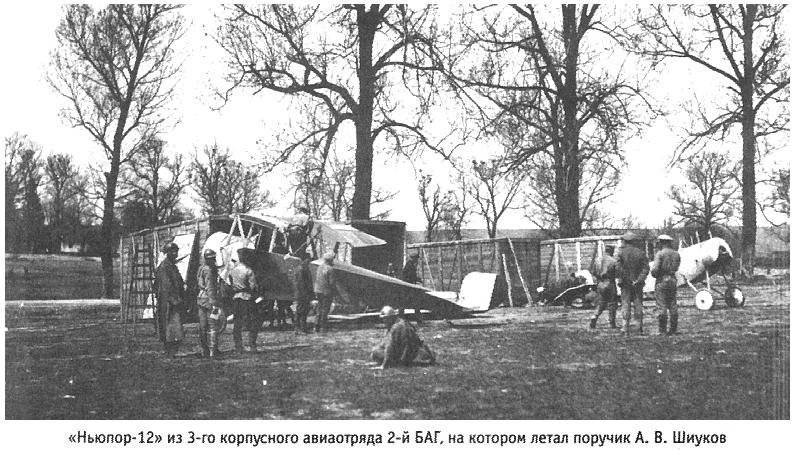 The appearance of a synchronizer, a mechanism that allowed a machine gun to make each next shot only at those times when there is no propeller blade in front of the muzzle, led to the emergence of a new type of aircraft — destructive. Pilots quickly appeared, with the number of air victories reaching five, ten and more. With the light hand of the French, they began to be called "aces." Our domestic aces had fewer victories than the German or French pilots, as they fought in much worse conditions, on the worst aircraft, with weak weapons or without it at all. One of the best aviators of the First World War was Captain Yevgraf Nikolayevich Kruten. Shiukov and Kruten became close friends back in the Gatchina school, and later Evgraf Nikolayevich escaped to be assigned to his famous 2 fighter air group before being sent to the front of the volunteer Alexey.

Shiukov later wrote: “Frontal aviation was similar to an exhibition salon: there were French“ Farmans ”and English“ Sopvichi ”, and even captured German“ Albatros ”. And, of course, the Russian "Anatra", "swans". The planes were patched ... Punched tire tires were stuffed with rags. Instead of sights, the carnations were clogged in the sides of the aircraft, and the distance was determined by eye by eye. There was no normal fuel, causing the engines to stall, and the pilots, who often refueled the tanks with ether, returned half-drunk from the flights, inhaling these vapors. There were not enough bombs, and “arrows” were thrown against manpower - 15-long iron rods centimeters pointed on one side and machined like stabilizers on the other. These arrows were kept by the pilot at hand in an open drawer. Once in the rider, such an "arrow" pierced through him and the horse. Sometimes, instead of bombs, we had to drop iron cans and cans with drilled holes. Falling from a height with a terrible whistle, they sowed panic among the enemy units. ”

A.V. Shiukov on his plane "Duck"

Under the leadership of Evgraf Nikolayevich, he fought first as a scout, and then a fighter. He flew more 200 combat missions, participated in many air battles, shot down a German aircraft, and successfully survived a craniotomy after an air crash. Shiukov became one of the few pilots of the First World War, who were awarded the George Knight. His commander Kruten proved to be an outstanding theorist and practitioner of air combat. German pilots were afraid of him, the plane, which was recognizable by the Russian hero painted on the fuselage in an old helmet. Yevgraf Nikolayevich died in the spring of 1917, by foolish coincidence, planning on the airfield after his fuel was almost over and the engine stopped. Having flown past the landing pad, Kruten decided to return to her with a coup over the wing. At that moment, the motor started working again for a second. All calculations of the pilot were violated, and the plane crashed into the ground. A couple of minutes later, the hero, hardly pulled out from under the rubble, died at the hands of Alexei Shiukov.

Shortly after this event, the October Revolution took place. Choosing the side of Soviet power, Alexei, along with other pilots, arrived in Moscow. In the winter of 1918, Vasily Jungmeister, as inspector of aviation of the Western Front, together with Shiukov, ensured the removal of people and aircraft from Belarus before the German offensive. Later, Alexei was appointed head of one of the departments of the Moscow District College of Air Management Fleet. In September 1918, the project developed by Shiukov on the creation of the Field Aviation Administration and the Aviation Administration of the fronts and armies came into force, which coordinated the actions of all Red Army pilots until the end of the Civil War.

When Shiukov submitted an application to join the Bolshevik party in 1919, then Lev Trotsky opposes his protests against executions on the spot without trial or investigation of people who violated discipline, calling Shiukov a radish: "It is red outside and white inside." Alexey joined the party just before the Second World War. 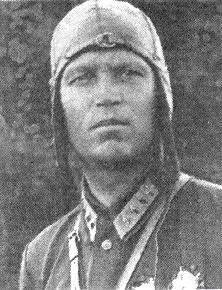 In subsequent years, Shiukov commanded the aviation of the Eastern and Turkestan fronts, the Moscow and other military districts, and participated in the creation of Aeroflot. During treatment in the Main Military Hospital on Arbat Shiukovu mistakenly made an injection of arsenic. The blood began to clot, but they managed to save it at the last moment. After that, at the age of 35 years, he retires for health reasons. As you know, Stalin destroyed all those who knew him in Georgia before the revolution. It is quite possible, therefore, in the same place, in the Main Military Hospital, some time after poisoning, Alexei tried to strangle two nurses with a pillow. But they could not cope with a very strong young man who unexpectedly turned out to be. After some time, Alexey was arrested at night and spent several weeks in Lefortovo, waiting for the execution. Rescued his old front-line friends. After that, Shiukov did not like to sit with his back to an open door or window and could not ride in a crowded vehicle. For this, they tried to take him to the clinic for the mentally ill, but nothing came of it.

During the Great Patriotic War, Alexei Shiukov taught tactics at the Zhukovsky Air Force Academy, worked in the Main Directorate of the Air Force and in the Air Defense Forces. In 1948, he went to the reserve in the rank of colonel. Alexey Vladimirovich wrote dozens of books on the combat use of aviation, stories and aircraft engineering, the most famous of which are “War in the Air” and “Basics of Aviation”. He is the author of dozens of inventions in the field of civil and military aviation. The fact is noted that in 1976, Shiukov, having exchanged for the ninth decade, attended the training sessions of the Moscow “Hang-glider” club, was interested and even tried to test Rogallo’s wing. He died on December 9 on 1985 and was buried at the Vagankovo ​​cemetery in Moscow. The last years of his life, Alexey Vladimirovich worked on his favorite brainchild - a flywalker. He was convinced that it is impossible to create anything more perfect, since nature itself reached it in the course of evolution.

Yuri Gagarin wrote in their joint photograph on the background of the flywalker: “Alexey Vladimirovich, with the wish that your bird should fly in and get further development.”