It's better not to renounce such a ruble 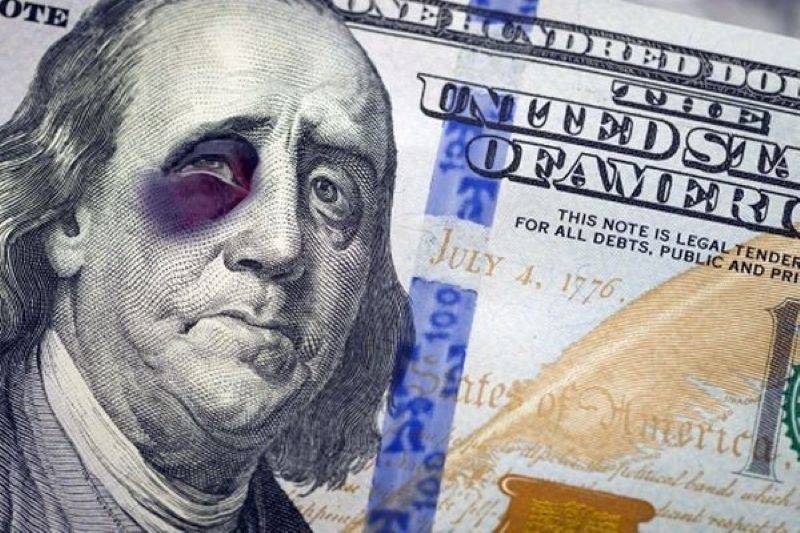 Golden autumn of the ruble

The height of autumn is the best time to make a forecast for the ruble exchange rate at the end of the year. Indeed, despite the fears associated with the election factor, so far no hints of a rollback of the ruble are noticeable. And this is with growing inflation and an openly overstated rate of the Central Bank of the Russian Federation.

Judging by the indirect signs of the stock exchange game, as well as the state of the balance sheets (of both the budget and the Bank of Russia), the ruble is currently simply reaping the fruits of the fall that almost happened to it about a year ago. In November 2020, on the agenda, in addition to the coronavirus, there were also American elections with the likely victory of Democrat Biden and tougher sanctions against Russia.

There is nothing fundamentally new in this situation, but today the gas factor has also come into play. The unprecedented rise in the cost of natural gas, which the Russian president had to personally slow down, could not help but work in favor of the ruble.

At the same time, there is no need to talk about any super-profits of Gazprom, and even more so about super-profits of the Russian budget. Only what is not covered by long-term contracts is sold at exchange prices. As a result, the outlook for the ruble is rather positive than unfavorable so far.

At the end of the year, we can expect the ruble exchange rate for the dollar from 70 rubles - this is the most optimistic estimate, up to 74-75, but this is already called - it couldn't be worse. The euro exchange rate, respectively, will be somewhere between 80 and 85 rubles, unless, of course, all forecasts upset the next measures to combat the pandemic.

It’s a paradox, but the overstated key rate of the Central Bank of the Russian Federation and high prices for energy resources are currently in favor of the ruble (at least at the exchange rate). If we count from the spring of 2021, the strengthening of the ruble against the dollar amounted to almost 5% - up to 72 rubles after 76, and if from the alarming fall of 2020, when the exchange rate went off scale for 80 rubles - all 10%.

Recall that last fall, the Russian Central Bank managed to repel all attacks by stock exchange traders on the ruble, when the mark of 100 rubles was considered as a real exchange rate reference. And not only against the euro, but also against the dollar. Since the Crimean Spring, attempts have been made to bring down the ruble several times with varying success.

But today it is not only easier, but also more important to remember the periods of financial prosperity, one of which had to be interrupted due to the pandemic. If we dig right up to default, from which the current strategic line in finance actually originates, then almost all periods occurred immediately or almost immediately after severe crises and exchange rate failures.

So, after the default and the rate of 30 rubles per dollar, the ruble gradually grew almost until the crisis of 2008-2009, and the then jump of 23 rubles at the rate to 32 did not frighten anyone. Then there was the strange fall of 2013, the "Crimean spring" and the ruble collapse in the fall of 2014.

The two-fold drop in the exchange rate almost repeated itself during the lockdown, but in fact the cause was the oil war with Saudi Arabia. Finally, last year's fall pullback, not only did the majority of the public not notice at all, it also became the foundation for the current soft growth.

There are still some risks for the ruble due to the expected changes in the US monetary policy. It's about winding down Trump's QE program. This is not the end, but the beginning of the end of "cheap" money.

For several months, it made it attractive to speculators just such currencies as the ruble - with overpriced rates and profitability. Now it is a thing of the past. However, a little below we will show that, perhaps, it is now time to get off not the oil, but the dollar needle. At least domestically.

Many people dream of some hypothetical strong ruble in Russia, but these are, rather, dreams of financial stability and price tags with pennies, although fewer and fewer Russians actually remember them. And when making electronic payments directly from a gadget, very few people are interested in a penny.

Not a renaissance yet, but still

Nevertheless, it is time to leave the repeated price races, surges in bank interest rates and regular losses in savings forever in the past. Moreover, in the renovated Russia, they occur with an unenviable frequency, as already written above.

Nowadays, the situation gives the Russian financial authorities a truly unique chance to stabilize finances within the country, without looking at either the IMF or the US Federal Reserve. And the first step is to distance our reserves from them, which for many years was a tough taboo in Russia.

Agree, today arguments like “these are the most liquid and most reliable assets” somehow do not convince.

If the President of the United States himself spoke about the cosmic growth rates of the American national debt, what other counter-arguments are needed?

Now inflationary pressure is directly related to external factors, but it cannot be considered as one that inevitably requires the contraction of the money supply. Including by raising the key rate, although there are many experts who are convinced that this is, if not a positive step by the Central Bank of the Russian Federation, then almost the only possible one now.

We disagree, and categorically - we have long been following the path of full priority in the economy of the financial sector, but it also has a minimum of opportunities to allocate free funds on the current conditions. As a result, the contraction of the money supply, which seems to be useful, turns into a primitive lack of working capital.

Well, this is already a much more powerful stimulus to inflation, since those who throw away, more precisely, are still able to throw their products onto the markets, are increasingly out of competition.

How can you not raise prices here?

Moreover, the implementation turns out to be the only source of free funds.