October 12 2021
8
First French and German Tanks did not leave behind a clear idea of ​​a reliable car: the chassis of both those and others was defective, and they could not confidently move along the battlefield pitted with craters. At the same time, the British diamond-shaped tanks, created at the end of 1915, provided a steady line of development. Mark I and its "descendants" were made in the form of a parallelogram with caterpillars. This shape was created to increase cross-country ability. The tracks, sloped at the front, improved traction, helped to overcome wide trenches and get out of deep craters. However, the design of the "Marks" cannot be called perfect: the tracks were large and completely open to enemy fire, the tank itself was shaking mercilessly due to the lack of springs, and the engine inside the hull created hellish conditions for the crew. All this led to the fact that the diamond-shaped tanks were abandoned over time.


A new round of tank evolution began in France. In 1917, the Renault FT-17 was created there, which completely changed the idea of ​​how to build tanks. This is the first in stories An example of a classic layout: tracks on the sides of the hull, an insulated engine compartment and a rotating turret. 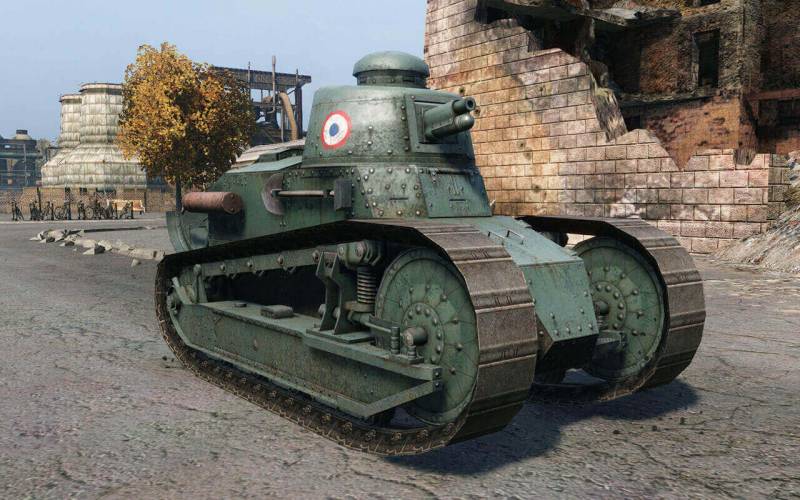 During World War I, tanks proved to be formidable weapons... They did a good job of destroying the enemy, but their mobility left much to be desired. Tracks at that time were of very poor quality, and transporting combat vehicles by truck was too expensive. The solution to all problems was the class of wheeled-tracked vehicles, which originated in the United States. The talented engineer W. Christie suggested using a combined propulsion system to save the resource of the tracks. As a result, his tanks could move both on tracks and on wheels and did not take long to switch from one to the other. From 1919 to 1937 W. Christie created several experimental machines, but none of them took root in America. They also worked on this type of technology in Poland, England, Czechoslovakia, Sweden and even in New Zealand, but things did not go further than prototypes.

A new stage in the development of wheeled-tracked tanks took place in the Soviet Union. They came up with a scheme that allows you to quickly and relatively cheaply transfer tank units over long distances on their own. Based on prototypes, Christie created a whole family of BT tanks. They were built in large series and took an active part in the hostilities. The list of useful qualities of these machines also included speed and maneuverability. According to the documents, they developed a speed on the highway up to 70 km / h, and on tracks they accelerated to 50 km / h. 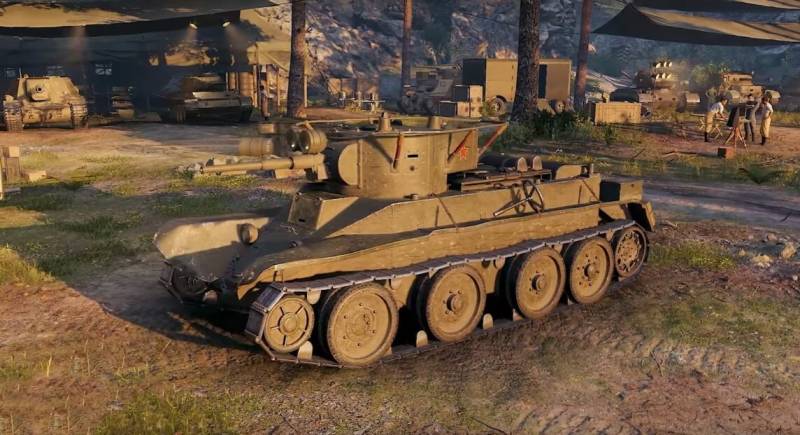 They began to abandon the wheel-caterpillar track after the development of new methods of steel hardening, which significantly increased the strength of the tracks. In addition, a lot of anti-tank artillery appeared, because of which the vehicles urgently needed to increase their armor. Building a tank with anti-cannon armor on the basis of a complex propeller of a wheeled-tracked vehicle turned out to be not an easy task, and by the end of the 1930s, the time of fast-moving light vehicles was over.

At the same time, the last wedges, which were very popular, but not for long, also disappeared. The classic representative of this class is the British Carden-Loyd Mk VI, which has been produced since 1929. On its basis, other states developed their projects. As an example - the Soviet T-27.

Tankettes did not become the backbone of the armored forces for several reasons: low maneuverability, low power reserve, weak armor, and the absence of a rotating turret. These and other problems helped them quickly become part of history. Many of the tankettes survived their days as transporters of ammunition or light weapons.

In the history of tank building, there was a period of the reign of a very small but extremely effective class of equipment - multi-turret tanks. In theory, they were supposed to become "trench cleaners" and shoot along the enemy trench (in both directions) to destroy the entrenched infantry. This idea led to the creation of a family of multi-turret vehicles of various "weight categories". For example, the light British "Vickers 6-ton" in modification "A" carried two machine-gun turrets located next to each other and was considered a very worthy tank for its time. And although he was not appreciated at home, he regularly went for export and served in the armies of Poland, Finland and even China. Early models of the Soviet T-26 with two turrets and machine-gun armament were also developed on the basis of the Vickers.

Examples of the middle "weight category" are the American M1 Medium tank, the British Cruiser Mk. I, as well as the experienced 16-ton Vickers. From the latter, the Soviet T-28 was literally sketched. At that time, the goal of the command of different countries was to create machines armed with as many cannons and machine guns as possible. At the same time, the Germans built three heavy Neubaufahrzeugs. These tanks were not used in combat, but they looked very impressive in propaganda photos. However, even they did not reach the Soviet T-35, which had as many as 5 towers. This tank looked very powerful, but by the mid-1930s, due to the massive proliferation of anti-tank defenses, it became obsolete and became more ceremonial than combat. 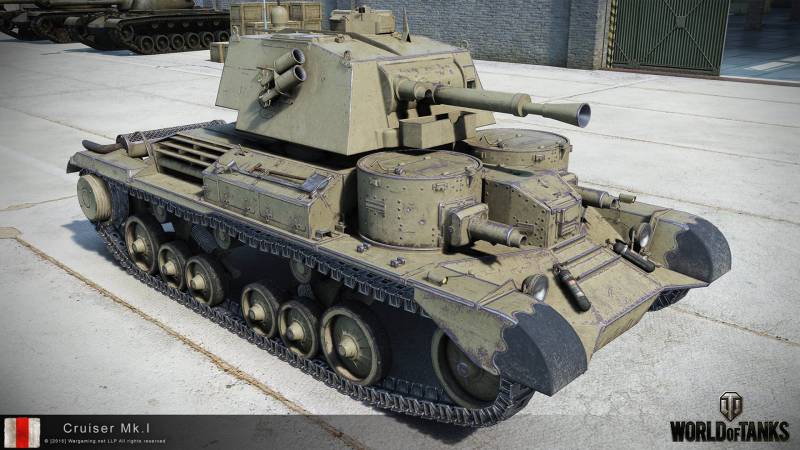 Multi-turreted tanks, despite their formidableness, were distinguished by a mass of flaws: a complex design, huge weight (although the armor was thin), and also great problems with fire control. The last of this class of vehicles can be called the M3 Lee. It was developed in 1940 and armed with two guns - in the turret and in the sponson.

During World War II, a new type of armored vehicle appeared - assault self-propelled guns, designed to support the infantry. The first of them were created in Germany in 1940. Self-propelled guns were simpler and cheaper than tanks, and were armed with fairly powerful guns. Among their targets were not only enemy infantry, but also armored vehicles, as well as field fortifications. A typical representative of this class is the German StuG III. The chassis of the vehicle is the same as that of the Pz.Kpfw. III, instead of a turret - a conning tower, and as a weapon - a 75-mm cannon. 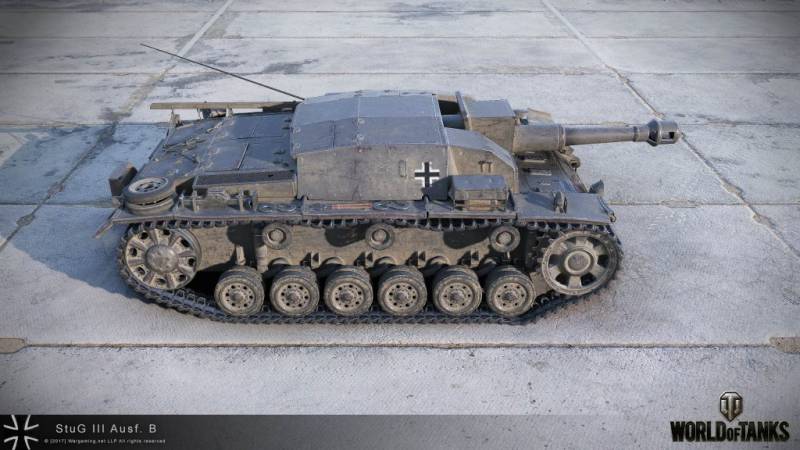 Assault self-propelled guns were used until the end of the war and played a prominent role on the battlefields. They disappeared in the 1950s along with the massive proliferation of new anti-tank weapons - guided anti-tank missiles, grenade launchers, etc.

In the post-war period, the world of tanks experienced a massive extinction of classes. There is only one left. Medium and heavy tanks have come together in one versatile type called the main battle tank. Such a vehicle combines the mobility of a medium tank with the armor and armament of a heavy one.

For more details on the evolution of tank classes, see the video from Wargaming.

Ctrl Enter
Noticed oshЫbku Highlight text and press. Ctrl + Enter
We are
Tanks of the USSR, before the warTank "Panther"
Military Reviewin Yandex News
Military Reviewin Google News
8 comments
Information
Dear reader, to leave comments on the publication, you must sign in.