Domestic inventors: a lost incentive for the development of the state 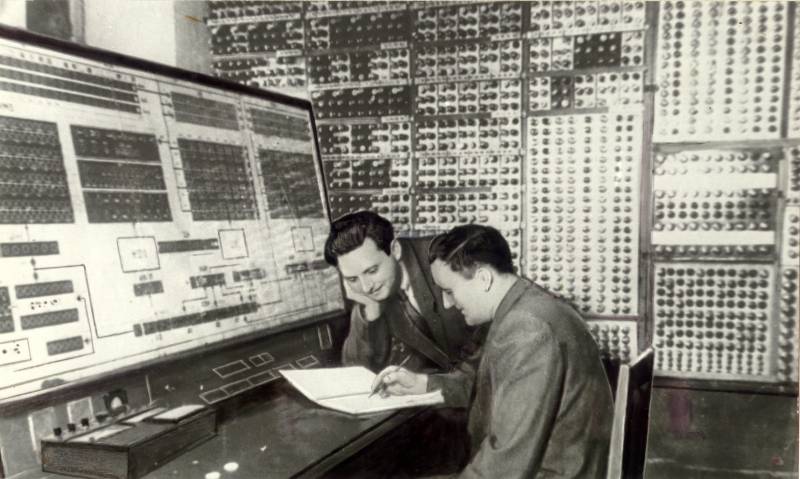 How is an inventor perceived in modern Russia?

The latest sociological research on this issue is not easy to find, so let's turn to statistics from ten years ago.

In 2011, the All-Russian Public Opinion Research Center (VTsIOM) surveyed 1 respondents in order to find out the status of the inventor in society. It turned out that the people's Kulibins are treated with respect and generally positively. But regarding the material wealth of inventors, most of the respondents were skeptical - in the opinion of society, only teachers and military men earned less money ten years ago. It's amazing how public opinion about the earnings of military personnel has changed - now the material status of people in uniform is much higher. But the inventors and innovators, apparently, remained at the bottom of the list.

In 2011, VTsIOM also tracked the social status of the Kulibins. It turned out that idea generators are again at the very end of the list, below - only teachers, and at a similar level - law enforcement officers.

Further analysis of the research results is even more depressing.

The respondents with higher education assess the prospects of inventors to get rich in Russia as minimal. Citizens who are potentially able to benefit their country with technical and scientific innovations do not see any prospect in this. By the way, the lower the education level of the respondents, the less skeptical they were about the income level of successful inventors.

Until now, VTsIOM has not repeated such studies, obviously, even the topic itself is not interesting to sociologists. But even without the latest research, it is clear that the social and material status of an inventor and rationalizer in Russia has changed, if anything, for the worse. And this, of course, is a mirror of the current attitude towards the "engines of progress".

The prestige of inventors in Russia is gradually and steadily declining.

This is often due to ignorance. The townsfolk do not understand the importance of introducing new inventions, do not believe in "progress with their own hands" and do not know about the achievements of Russian science.

Actually, Sputnik V is not trusted largely because of the stereotype that we can only be ahead in rockets and ballet. Despite the fact that in 2021, the Kremlin suddenly remembered about science and technology, there are no significant advances in this regard. The thematic site godnauki.rf is visited monthly by no more than 130–190 thousand Russians, and the average viewing time does not exceed ... 12 seconds.

The society has developed an opinion about the existence of successful inventors exclusively abroad. Indicative in this regard is the publication "An invention - an accident or a hard work?" agency "RIA News"Dated June 30, 2012. By the way, the text was timed to coincide with the Day of the Inventor and Innovator, celebrated on the last Saturday of June.

The authors did a great job and told readers about such great innovators as Edward Benedictus, Thomas Sullivan, George Crum, Alexander Fleming, Louis Pasteur, Jean-Joseph Merlin and Fred Bohr. This is not a complete list of imported geniuses, which it was decided to tell about on the Inventor's Day.

However, in fairness, the authors still talked about one domestic inventor - Peter I. He, it turns out, not only cut a window to Europe, but also invented a prototype of skates. Few people know about the contribution to world progress made by domestic engineers and inventors Kotelnikov, Shukhov, Yuryev, Polzunov, Lodygin, Aleksandrovsky, Tsvet and many others.

The saddest thing is that this primarily concerns the younger generation. Children are not just not interested in история domestic science, it is not yet taught to them really anywhere.

How will a person grow up who has learned from school that everything around him is created by the hands of foreign geniuses?

There is no desire to continue the story with the worn-out thesis: "And it was better before." But now there is nowhere without it - in the Soviet Union, special attention was paid to invention. Of course, the range of interests was very specific, but, in contrast to modern times, it was at least present.

First of all, this was then taken care of at the state level. The State Committee for Inventions and Discoveries under the Council of Ministers of the USSR, the All-Union Scientific Research Institute of State Patent Examination, the Central Scientific Research Institute of Patent Information and Technical and Economic Research, and the All-Union Society of Inventors and Innovators ( VOIR).

But back to the Soviet Union, in which inventors had a special status.

On a mandatory basis, in each regional center, the station "Young Technician" had to work, and at each enterprise - an Bureau for Inventions and Innovation.

Patent offices tracked the premature publication of important technical solutions and the timely patenting of innovations. Of course, in a planned economy, such a system could not fully reveal itself, but it made a significant contribution to Soviet industry.

From the 50s of the last century to the mid-80s, the Soviet Union was the world leader in the number of inventions created and registered by the state.

For example, in the mid-70s, every fourth application in the world for an invention came from the USSR. The Americans could boast only 14,6%, the Japanese are slightly better - 31%. By the end of the 90s, the share of Russian inventions fell to 2,6%, and only in Japan rose to 45%. Of course, not everything invented reached the consumer, but the very fact of such close attention of the Soviet government is worth a lot.

Now, in a market economy, in Russia invention is in complete stagnation.

It is much easier for manufacturers to buy a ready-made solution abroad than to stimulate their own engineers. The sanctions policy of the West was supposed to speed up invention, but no - at best, we create analogs, at worst, we leave the market altogether. Meanwhile, ideas that have turned into ready-made technologies, equipment and products currently provide developed countries with up to 85% of GDP.

The difficult situation with the “brains of inventors” threatens Russia with strategic consequences.

Instead of fashionable areas of startups, technological entrepreneurship and innovation management, an entire industry is now required to develop, capable of giving impetus to the country's economy. And one cannot do without a clearly defined protection policy of the state in this area. Unfortunately, the specific market economy that has developed in Russia does not at all favor inventors and rationalizers.

Ctrl Enter
Noticed oshЫbku Highlight text and press. Ctrl + Enter
We are
About Stalin and KhrushchevWhat you didn't want to know about England
Military Reviewin Yandex News
Military Reviewin Google News
87 comments
Information
Dear reader, to leave comments on the publication, you must sign in.