What the Iranian Air Defense Forces are implementing on the eve of the conflict. From a series of drastic countermeasures to a massive escalation 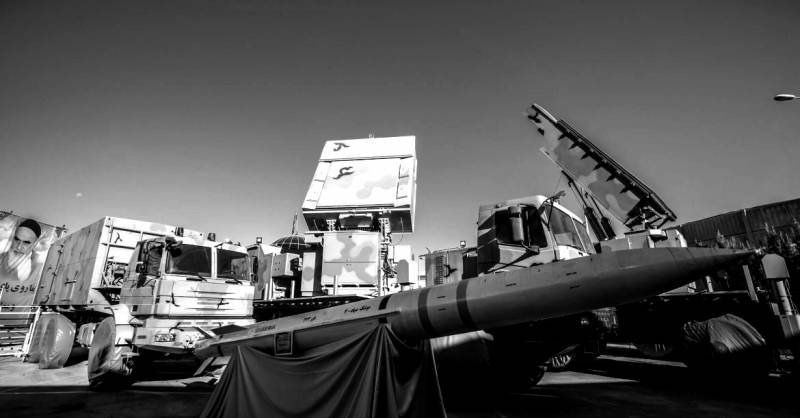 Undoubtedly, the deployment by the Iranian Armed Forces in the northwestern outskirts of Gilan, Ardabil and East Azerbaijan (near the Iranian-Azerbaijani, Iranian-Armenian and Iranian-Turkish sections of the border) of a powerful mixed military group, represented by dozens of anti-aircraft missile systems of small / medium / long-range, rocket artillery divisions (ReADn-s) and OTRK divisions, as well as motorized rifle divisions, tank and engineering units, is perhaps the most adequate and, at first glance, a sobering countermeasure of Tehran in response to confirmed information about the active participation of the General Staff and the Defense Ministry of Azerbaijan in the preparation of aggression against Iran.

Alarming prerequisites for the implementation of the escalation scenario

In particular, referring to the data of his own intelligence and other competent sources on the territory of the Republic of Azerbaijan, the head of the Iranian Foreign Ministry Hossein Amir Abdollahiyan presented the leadership of Azerbaijan in general and the head of state Ilham Aliyev in particular with an ultimatum demanding to abandon a number of aggressive and destructive steps that could provoke escalation of a large-scale conflict in the South Caucasus region with a phased or urgent involvement of the entire Middle East.

First of all, we are talking about the readiness of Baku to provide a number of territories of the republic for the deployment of missile and artillery units of the Israel Defense Forces, as well as the provision of air bases of the Azerbaijan Air Force as jump airfields for a tactical strike. aviation and Hel Haavir radar / radio and radar reconnaissance aircraft, to be used in the application of IRAU on strategically important targets of the Islamic Revolutionary Guard Corps (IRGC), the defense industry and nuclear research.

Secondly, the head of the Iranian Foreign Ministry informed Baku that it was unacceptable for the units of the Armed Forces of Azerbaijan and Turkey to carry out any attempts to establish control over the Syunik region of Armenia in order to build the Ankara-Caspian region transport corridor in spite of the military-political and operational-strategic stability in the South Caucasus, and also to the economic interests of Yerevan and Tehran.

In the event that Baku and Ankara continue to implement the above plans, the head of the Iranian Foreign Ministry announced the readiness of the IRGC command to implement a force scenario to "stop" threats in the Azerbaijani and Turkish operational directions.

It consists in inflicting a massive missile and artillery strike on the IDF units relocated to Azerbaijan; the destruction of the runways of the key air bases of the republic, which are to be operated by the tactical aviation of Hel Haavir, as well as the implementation of offensive actions in the Syunik operational direction with the final ousting of the regular units of the Azerbaijani army from this area.

For greater efficiency and demonstration of the seriousness of its intentions, official Tehran, firstly, notified the leadership of Azerbaijan about the ban on the transit of military transport aircraft and tactical aviation of the Azerbaijani Air Force from the main regions of the republic to the Nakhichevan Autonomous Republic through the airspace of Iran.

Secondly, he finally confirmed the launch of the implementation of the joint Iranian-Armenian project for the construction of the "Persian Gulf - Black Sea" transport corridor, once and for all put an end to the formation of the "Zangezur Corridor" ("Syunik Corridor"), and also called on Moscow for a tougher a response to the actions of Baku and Ankara and an objective perception of the likely change in the configuration of the borders of the states of the South Caucasus.

In light of the above-mentioned military-political details and warnings addressed to Baku, Ankara (and partly Jerusalem), the most illustrative evidence of the complete ignorance of Tehran's demands is the well-known provocative photograph, which captures Mr. Aliyev in an embrace with the Israeli strike-reconnaissance UAV-kamikaze IAI “Harop ", As well as at least ten flights of military transport aircraft C-130E / EM" Hercules "and A400M-180 from the air bases of the Turkish Air Force to the military airfields of the Azerbaijani Air Force, the amount of equipment transferred during which may significantly exceed that required for the exercises" Indestructible Brotherhood - 2021 ".

Therefore, in spite of such an unambiguous and formidable rhetoric of the Iranian Foreign Ministry and the command of the IRGC in relation to Baku, Tehran should not relax at all.

After all, the likelihood of an escalation scenario in the region with the use of anti-aircraft missile weapons of the air defense forces and the scientific research nuclear infrastructure of Iran against the border fortifications of the advanced aerospace attack weapons, which are in service with the Turkish Air Force, the Israel Defense Forces (including Hel Haavir) and the Azerbaijani Armed Forces, as high as ever.

What means of enemy air attack are subject to the IRGC's anti-missile "umbrella"?

As for the ability of the modern medium and long-range anti-aircraft missile systems in service with the Iranian Air Defense Forces to fend off strikes by low-signature long-range tactical missiles SOM-B1 and Delilah-AL, which are at the disposal of the Air Forces of Turkey, Azerbaijan and Israel, the situation here is extremely contradictory.

Despite the presence in the radar architecture of the Khordad-15 and Bavar-373 air defense systems, quite modern radar type illumination and guidance Ra`ad II TELAR based on passive X-band phased array systems, designed with the direct participation of Chinese specialists and a target channel from 2 to 6 simultaneously captured air objects (depending on modification) with RCS of 0,05–0,02 sq. m, these complexes are still equipped with missiles with semi-active radar homing heads, which need continuous illumination of targets by means of the above radars until they are destroyed. 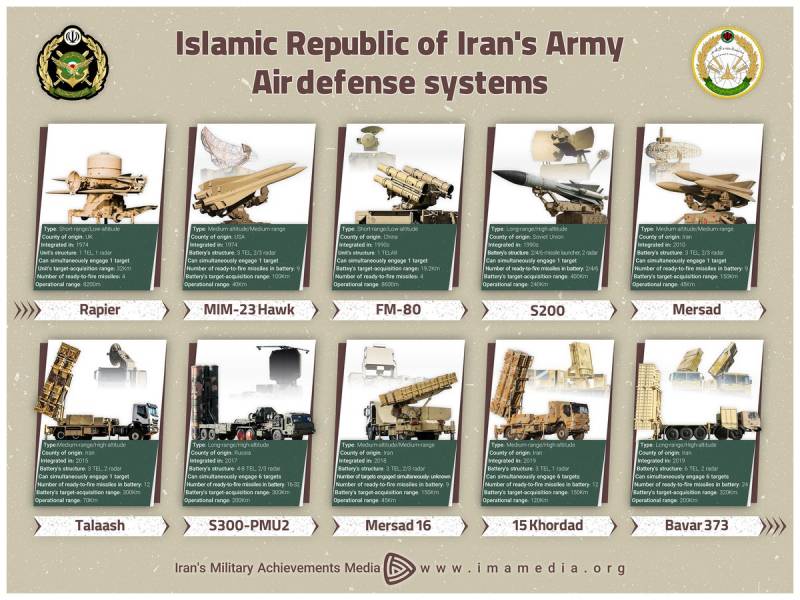 List of modern air defense systems developed by Iranian specialists with Chinese support
In the conditions of the most difficult mountainous terrain of Iran, where tactical missiles Delilah-AL and SOM-B1 operating in low-altitude mode will now and then hide from the sectors of the radar guidance beyond the hills and mountain ranges, the effectiveness of the Khordadov-15 and Bavarov-373 against these means of air attack will be minimized, which will require the construction of powerful zone-object anti-missile "barriers" directly near the strategically important objects under attack.

Nevertheless, the effectiveness of the Bavar-373 and Khordad-15 complexes in countering the Israeli operational-tactical ballistic missiles LORA and EXTRA, as well as the Turkish J-600T Yildirim I / II, may turn out to be quite good, given that the available overloads of interceptor missiles "Bavar-373" and TAER-2A / B / C (SAM "Khordad-15") can reach up to 27-35 units, while the ability to perform intensive anti-aircraft maneuvers can only be possessed by the LORA OTRK, and even then at the terminal site trajectories.

The S-300PMU-2 anti-aircraft missile battalions, deployed to the north-western regions of the IRI, will also be able to “stop” such strikes, the dead zones of which will be covered by the Tor-M1 self-propelled military air defense systems.

Ctrl Enter
Noticed oshЫbku Highlight text and press. Ctrl + Enter
We are
Who is going to fight with Azerbaijan?Caucasian affairs
Military Reviewin Yandex News
Military Reviewin Google News
141 comment
Information
Dear reader, to leave comments on the publication, you must sign in.