The Age of Aging: A World In Which Global Warming Will Become Flowers 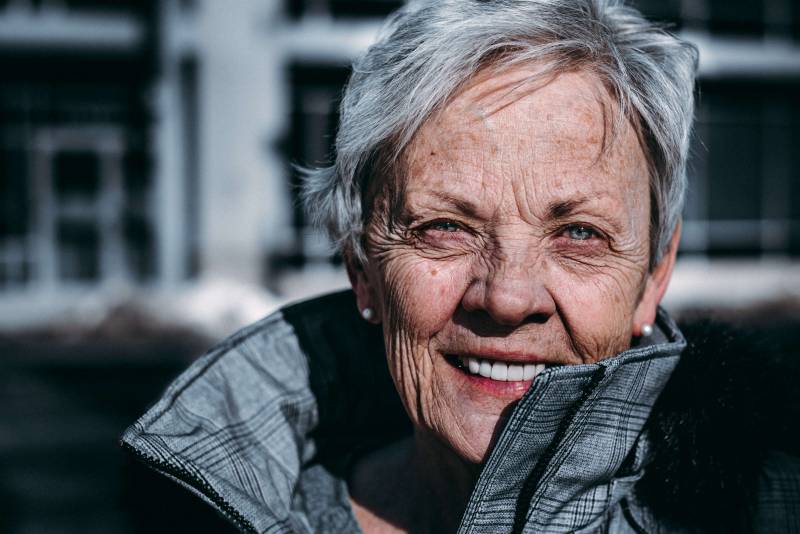 No matter what they say, we began to live better. Not only in a global sense, but also in Russian reality. At least, this is evidenced by the natural indicators of fertility, life expectancy and mortality.

To simplify it as much as possible, then a considerable proportion of the world's population began to die less often, live longer and reproduce less. And every year more and more of humanity enters the same "demographic transition", when each couple reproduces no more than 2 children.

Now these countries include the states of Europe, Russia, North America, East Asia and most of South America. Demographers assure that Iran and Bangladesh are close to a demographic transition. Of course, it is too early to ring the bell with the call "multiply immediately" - there are many countries in the world that are very far from the equalization of birth and death rates.

For example, the countries of Africa, for which medicine in the XX century, no matter how blasphemous it sounds, brought a lot of problems. Child mortality has dropped sharply, and no one has expanded the productive potential of agricultural land. As a result, we are seeing waves of hunger and epidemics in sub-Saharan countries. Previously, the high mortality rate somehow equalized the weak food base, and the famine was less severe.

Following the laws of development, in the end, the countries of Africa will also enter the post-industrial stage. One of the most important "bonuses" of this will be the rapid aging of the population.

The rise in the average age of the world's inhabitants will radically change the way of life of people. For example, the profession of a doctor will become more in demand than ever. We are still seeing this in connection with the COVID-19 pandemic, and in 30-40 years, medical specialties will turn out to be a real mainstream.

A couple of years ago, the chief of the American division of Siemens, Eric Spiegel, said:

Billions of dollars will be redistributed to the service and treatment of the elderly.

And here is the second paradox - the more we care about the health of the elderly, the faster life expectancy grows.

But medicine alone is indispensable here.

The global aging of the population, when the proportion of only 80-year-olds in the world will quadruple by 2050, requires a lot of labor. First of all, the nurses. And this is with a serious crisis in the labor market. The elderly will distract the mass of workers who could build the economy, ensure GDP growth and scientific and technological progress. Moreover, you will have to look after not just physically frail old people, but people with deep senile dementia.

“Forty percent of Americans age 85 and older have Alzheimer's. Seventy percent of those over 65 will need care at some point. The grim reality is that the more people live longer, the more they need constant care. ”

Thus, in addition to the costs of retirement benefits for the elderly, society will have to pay for the services of nurses.

Someone will probably remember the robots that manufacturers have been advertising to us for decades.

But it's 2021, and of the most adequate robot assistants, we see only an electronic dog from Boston Dynamics. Actually, and from him a little sense, if you do not take into account the choreographic abilities. Therefore, in the foreseeable future, we will not see full-fledged robotic nurses on the market. The only hope is for the complete automation of production lines that can free up millions of workers to care for the elderly.

An idyllic picture - yesterday the master was assembling the car, and tomorrow he went to work in a nursing home.

A considerable percentage of people do not need education above grades 8-9 at all. Why, if there is a career ahead of a nurse that requires a very modest set of competencies?

Now in the United States alone, the proportion of people over the age of 65 exceeds 15%, and every year the percentage will only grow. If you look completely beyond the horizon, then by 2100 every fourth inhabitant of the planet will be over the age of 65 years. A large proportion of these people will require almost round-the-clock care of professional nurses with a low level of education. It is unnecessary to talk about how this will affect the general cultural level of the population.

Of course, the main problem is not even the aging of humanity, but the low birth rate.

The greens are partly to blame for the promotion of moderate childbearing. Within the framework of this article, it is impossible not to mention with a kind word the efforts of the defenders of the world ecology. One of the points of the European strategy to reduce CO₂ emissions is to improve the education of women.

It would seem an excellent initiative - few will be against it, with the exception of completely orthodox societies?

However, ecologists view women's higher education exclusively as a tool to reduce the birth rate. A woman becomes, first of all, a highly skilled worker, and secondly (if not thirdly) - a mother. It's all about the capitalist mechanism of consumption, the growth of which cannot be suppressed otherwise than by reducing the population.

A decrease in consumption and population leads, in turn, to a decrease in greenhouse gas emissions. Such is the simple arithmetic from the enlightened West.

Economists estimate that the massive transition to expensive alternative energy entails even greater costs. And this is another "green bonus". It is becoming more expensive to live, which means that you will have to work harder. Given the constantly growing costs of an aging population, this does not at all stimulate people to reproduce.

In Europe, by the way, this is directly stimulated by the state. See how much a woman is paid for maternity leave, for example, in Spain? Just four months, and then either quit or look for a paid nursery.

This strategy is based on mass migration from third world countries. The rapidly shrinking population of the developed West will be replenished with guest workers who, among other things, will flee from the unbearable heat at home. It is predicted that in the coming decades, tens of millions of Indians will be forced to move to the north of the continent due to higher average annual temperatures. It is they who should become the very caregivers for the aging nations of the West.

But this is also a temporary phenomenon - in the end, the migrants will assimilate and stop giving birth to children.

Certain hopes can be pinned on the transformation of the very concept of "old age". Now young, according to the UN, you can call a 44-year-old man. So gracefully governments prepare us for the fact that we will have to work long and hard. For example, in Germany, by 2043, it will be possible to retire only for the 70th birthday.

Therefore, the old people in the future, no matter how they resist, will have to work for a long time, and little rest. The biggest challenge many economists see is finding ways to put the cognitive potential of older people back on track. The fact is that the body decays much faster than the brain. In many industries, elderly people will be forced to leave for lower-paid jobs only because of physical weakness. And when a person retires, his mental abilities are often not used properly - various hobby groups and literary lounges do not count.

An effective way is needed to transform the experience and mental potential of 60–70-year-olds into a driver of development. And, of course, this in no way cancels the old as the world call - "multiply"!