September flow chronicles: from the last link to the first gas 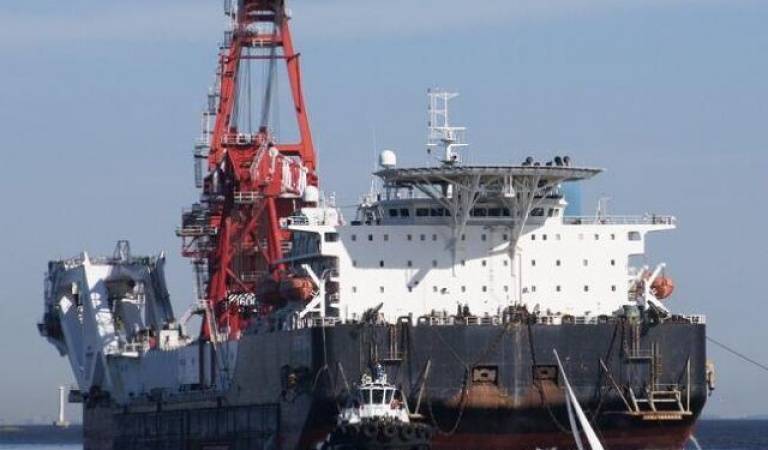 2 September 2021 of Rosneft may become an independent supplier of gas through the Nord Stream-2 pipes. Russian Deputy Prime Minister Alexander Novak and Russian Energy Minister Nikolai Shulginov made statements about this during the Eastern Economic Forum.
Since 2013, Rosneft has been seeking the opportunity to export its gas through the GTS of the Russian Federation, but Gazprom remains the monopoly. The company is actively developing gas projects such as Rospan and Kharampur in the Yamalo-Nenets Autonomous Okrug.

In such conditions, only export can be the optimal way of monetization. At the same time, Gazprom does not welcome the prospect of third-party companies' access to the infrastructure in which huge investments have been made.

Rosneft's aspiration to export gas, both by pipeline and in the form of liquefied natural gas (LNG), is met with stiff opposition. One of the indicative conflicts was the struggle for the right to access the facilities of the Trans-Sakhalin gas pipeline by Sakhalin Energy.

This is not only the operator of the Sakhalin-2 project, but also a subsidiary of Gazprom. Rosneft has its own gas reserves in Sakhalin already within the framework of the Sakhalin-1 project, but is forced to pump the extracted blue fuel back into the reservoir, since it does not see any prospects for its monetization.

September 2021 of Gazprom is blocking all attempts by Rosneft to gain access to the Sakhalin-2 gas pipelines or to organize its own LNG production. In response, Rosneft did not allow Gazprom to access gas reserves from the Sakhalin-1 project.

As a result, Gazprom did not receive replenishment of the resource base for the expansion of the LNG plant under the Sakhalin-2 project. At the same time, the gas monopoly took part in auctions for subsoil plots that could form the resource base of Rosneft's LNG projects.

Thus, Gazprom won an auction for the Layavozhskoye and Vaneivisskoye fields in the Nenets Autonomous Okrug (NAO), which Rosneft hoped to receive for the implementation of the Pechora LNG project.

6 September. During his farewell visit to St. Petersburg, Rainer Seele (pictured), at that time the head of OMV, one of Gazprom's key partners in the Nord Stream 2 project, said that the construction of the gas pipeline would be completed in the coming days. and gas supplies through it will begin by the end of 2021.

Photo: faz.net
6 September. Specialists of the Fortuna pipe-laying barge (TUB) have welded the last pipe of the first string of Nord Stream 2. According to the project operator Nord Stream-2 AG, pipe number 200858 will be submerged to the bottom of the Baltic Sea in German waters.

According to R. Zelle, in order to put the gas pipeline into operation by the end of 2021, “commissioning works on the first string will be carried out.

Nord Stream 2 will help meet the long-term needs of the EU energy market for natural gas imports, ensuring reliable and safe supplies on reasonable economic terms. "
10 September. TUB "Fortuna" performed the docking of the section of the first string of the gas pipeline running from the coast of Germany with the section stretching from the waters of Denmark using the over-water method.

At the same time, both parts of the abutting gas pipeline were lifted onto a barge, where the sections were welded, after which the whip of the gas pipeline was lowered to the bottom of the Baltic.

13 September. The Federal Network Agency of Germany (BNA) has started considering an application for certification of Nord Stream 2 AG as an independent operator of the gas transmission system in accordance with the requirements of the German Energy Industry Act.

14 September. According to the London ICE stock exchange, the price of natural gas on the European market has set another record, exceeding $ 800 per 1 cubic meters. Such in stories was not yet. 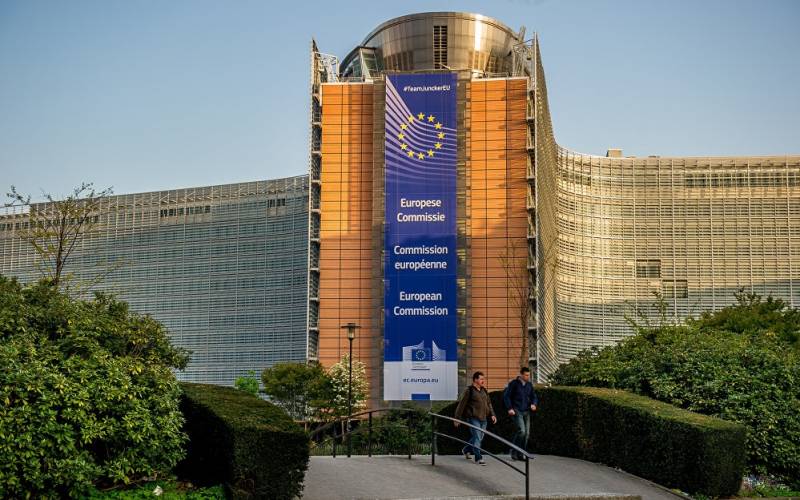 The German regulator (Federal Network Agency of the Federal Republic of Germany) must, upon request for certification, within these two months submit to the European Commission its draft decision on certification and request an opinion. After receiving the conclusion, the commission can consider it for two months, and this period can be extended for another two months.

They don't argue about prices

22 September. The RF Ministry of Finance does not plan to increase the tax burden on Gazprom due to the rise in spot gas prices. This was announced by the Minister of Finance of the Russian Federation Anton Siluanov.

According to him, the prices of long-term contracts for the supply of raw materials are growing much more slowly. At the same time, tax initiatives do not provide for an increase in the MET rate, because there is a spot price, and there is a contract price.

As you know, Gazprom sells gas under long-term contracts with a fixed contract price, which is significantly lower than the spot price. And spot prices around the world are currently at record levels for a variety of reasons.

Experts attribute the record growth in gas rates to the suspension of investments in 2020 due to the coronavirus lockdown and the post-crisis recovery of the global economy, which caused a sharp increase in demand for energy resources.

In addition, during the last long cold winter, an unprecedented consumption of gas from the storage facilities was noted, and their owners were reluctant to replenish them due to high gas prices.

However, expectations of a decline in quotations did not come true, as the authors have already written about (We continue the oil and gas countdown), noting also the strategic mistake of the EU with the choice of a global course towards decarbonization of the economy. The first thing this course has already led to is the unprecedented growth in gas consumption as a more environmentally friendly fuel.

23 September. The German Federal Grid Agency has granted the Polish company PGNiG and its German subsidiary PGNiG Supply & Trading GmbH the right to participate in the certification procedures for the Nord Stream 2 gas pipeline. 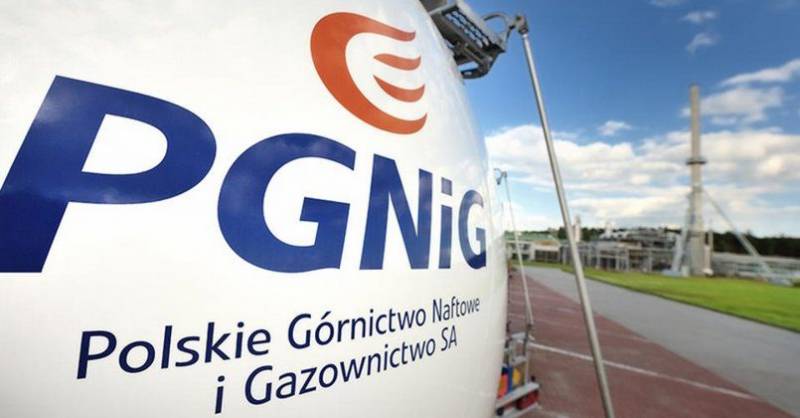 Photo: PGNIG
The business press almost unanimously considers this to be a real threat of stalling and even refusal to launch the SP-2. The fact is that, to the complete disappointment of Nord Stream 2 AG and Gazprom, the Polish side believes that Nord Stream 2, first of all, does not meet the formal requirements for certification under the preferential model of an independent transmission operator.

According to Polish experts,

"A positive decision by the Federal Grid Agency will jeopardize the security of supply to the EU and Member States, and putting the pipeline into operation pending a final certification decision would be a violation of German and EU law."
One cannot but agree with the opponents' argument that the operation of SP-2 without a certificate will lead to discrimination against other energy companies and distortion of competition in the domestic gas market.

However, who in their right mind would believe that Gazprom is ready to launch a stream without a certificate?

Be that as it may, the temporary resolution may be facilitated by the escalation of the current crisis, since only gas from SP-2 can bring down the excitement in the market.

However, from the mouth of the head of PGNiG Pavel Mayevsky, we hear that the company will do everything so that Nord Stream 2 cannot avoid the application of a number of requirements.

First of all, the division of ownership, which makes the problem of admission to the flow of the same "Rosneft" even more urgent.

Secondly, third-party access, which is unlikely to be a problem for Gazprom, since at the construction stage it had at least five large partners from among Western companies.

The Polish manager is also ready to demand transparent tariffs from Gazprom, which take into account the cost of the entire gas pipeline. This condition is at least strange, since all Gazprom's long-term contracts are such, that is, public and transparent by definition.

Nevertheless, Pavel Mayevsky is not appeased:
"We will prove that Nord Stream 2 AG does not meet the formal and essential requirements for the pipeline operator, in particular those related to security of supply and the corporate structure of the company."
4 October. They began to fill Nord Stream 2 with gas. The Danish Energy Agency announced that the technological procedure for filling the first string of the Nord Stream 2 gas pipeline with gas has begun.

"The string will be gradually filled with gas to achieve the volume and pressure required for further technical testing."
It is also reported that the Nord Stream 2 operator has fulfilled all the conditions for putting the gas pipeline into operation.

Ctrl Enter
Noticed oshЫbku Highlight text and press. Ctrl + Enter
We are
New plants and workshops in Russia in 2014 yearThe past, present and future of Russia's energy strategy
Military Reviewin Yandex News
Military Reviewin Google News
118 comments
Information
Dear reader, to leave comments on the publication, you must sign in.