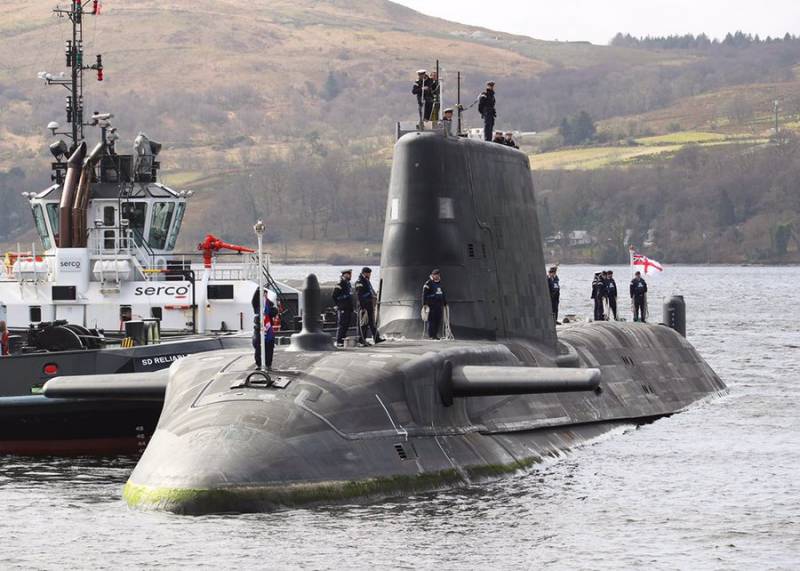 The nuclear-powered multipurpose submarine HMS Audacious of the Astute type ("Odeshes") has officially entered the Royal fleet Great Britain after passing all the necessary tests.


The sub is the fourth in a series of seven Astute-class submarines for the Royal British Navy. Laid down in March 2009, the baptism ceremony took place on December 16, 2016, launching in May 2017. The transfer to the fleet was expected in 2018, but was transferred to the military only at the beginning of April 2020.

Last year's broadcast took place at BAE Systems' Barrow-in-Furness facility without a ceremony. From there, the submarine, formally included in the fleet, went to the Clyde naval base in Scotland, where it began to undergo tests. Note that in Britain, submarines are first introduced into the fleet (not combat), then they go to sea trials.

Astute class submarines are designed both for operations in the fleet and in isolation from the main forces. Submarines can be used to carry out missions to combat enemy ships and submarines, attack ground targets, land groups of combat swimmers and collect intelligence information.

The displacement of the submarine is 7400 tons, the length of the hull is 97 meters. Underwater speed - up to 29 knots. The working depth of the immersion is 300 meters. The Rolls-Royce PWR-2 nuclear reactor has been installed, which does not require a restart. The service life is 25 years. Installed two turbines produced by the company "Elstom", providing rotation of one shaft and the operation of a water jet propulsion unit. In addition, the submarines of this class are equipped with two auxiliary diesel engines, as well as an emergency propulsion engine that drives a retractable auxiliary propulsion device.