War in Yugoslavia: who got the "Old gun" 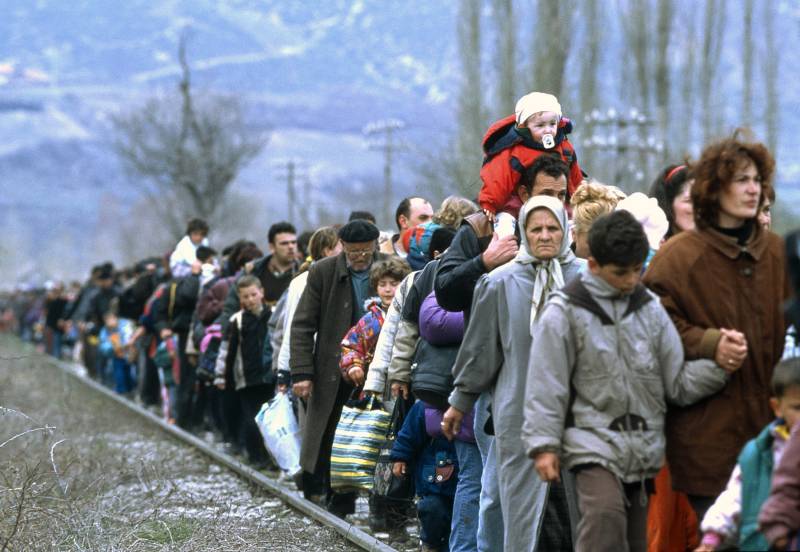 Only a year and a half after the start of the interethnic war in Yugoslavia, the UN Security Council, discussing the situation in this country on September 22-24, 1991, adopted a resolution on the introduction of an embargo on the supply of arms and ammunition to the disintegrating SFRY from September 25, 1991.

But the UN Security Council never established a structure to monitor compliance with the imposed embargo. This is not surprising: the embargo has become nothing more than a formal cover for the arms supplies to the disintegrating Yugoslavia that have been growing since the beginning of 1990.

And they did not go to Serbia and Montenegro, or rather, not only there, but also to other regions of the destroyed federation. Moreover, in 1990-92. up to half of the volume of these supplies were from the countries of the former Warsaw Pact (VD), including the already former GDR.

Of course, it was in the West that they prepared in advance to accelerate the collapse of the SFRY. According to West German and British sources, through illegal channels to Croatia, Albanian areas of Kosovo, weapons and ammunition from NATO countries entered the Muslim and Croatian areas of Bosnia and Herzegovina since 1986-88. 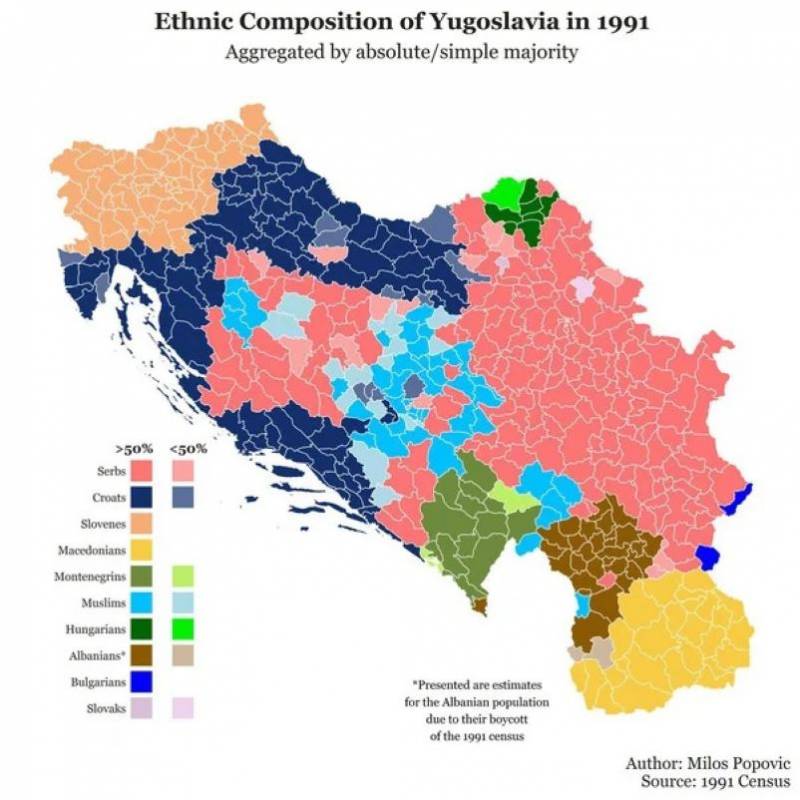 The central bodies of the then SFRY, being already incapacitated, and for the most part also corrupt, actually connived at these supplies (On the ruins of Yugoslavia. Alien Tito's heirs).

As noted by Kiro Gligorov, one of the closest associates of Josip Broz Tito, the head of "Tito" and then independent Macedonia (in the 1970s - 90s):

“Yugoslavia, created by the efforts and authority of Tito, as a socialist antipode of the Soviet bloc and Stalinist Albania, was not needed by the West since the late 80s. Since the collapse of the USSR and the Soviet bloc accelerated at the same time, and Stalinism in Albania was abolished in 1990. Therefore, there was no need not only for a socialist, but in general for a stable united Yugoslavia. "
Former "brotherly" countries also helped the West in this policy. More precisely, import weapons and ammunition from the Warsaw Pact countries, for example, to Croatia - the "initiator" of the collapse of the SFRY - was recorded almost every day already at the end of 1991 and in 1992-93. 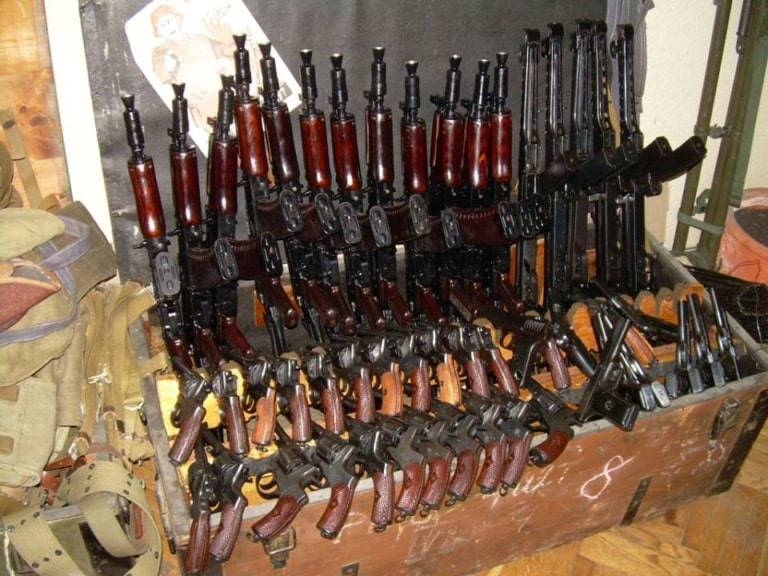 From the sales chronicle

Here are just some of the data from the specialized Internet portal "Art of War", based on Serbian, Croatian and Western European sources:

25.09 - 04.10.1991: A convoy of trucks arrived in Zagreb and the neighboring region of Croatia with Serbia and Bosnia from Bielefeld (ex-GDR). Anti-tank weapons, 40 thousand units of military uniform, army food rations arrived.

End of October 1991: The Croatian MoD paid $ 1,75 million to the Austrian firm Xandill International Ltd. Consulting for the supply of 3500 assault rifles and 30 hand grenades.

07.10.1991/9/XNUMX: DC-XNUMX "Adria Airways" from Klagenfurt, South Austria landed at Sarajevo airport. On board were Heckler & Koch assault rifles of West and East German production and pistols for Croatian and Muslim units of the Ministry of Internal Affairs of BiH.

Mid-January 1992: A cargo of weapons of 17,5 tons, worth DM 5 million, arrived at the port of Rijeka. These were night sights for small arms, radio stations (both mobile and for installation in armored vehicles), ammunition of various calibers - mainly of East German production.

In turn, Soviet and "joint" weapons produced or remaining in the formerly pro-Soviet Hungary, were supplied in batches to Croatia in 1991 on An-2 aircraft with towed gliders.

In the fall of 1991, the Hungarian company Universum SD mediated the purchase of Polish weapons for Croatia. Through this company, 200 RPG-7s, 2500 RPG-7 grenades, 2000 Kalashnikov assault rifles, 2000 hand grenades and 600 cartridges of 7,62-mm caliber were purchased.

In the same 1991, Croatia paid $ 90 million for the purchase of 120 T-72 tanks - presumably from Hungary. The intermediaries were the Swiss company Eram Bau Montage AG and Hong Kong FS International Ltd. These tanks were received during October 1991.

At the end of September of the following 1992, the Croatian firms INJA, Astra and Pliva received $ 1,5 million from the Croatian Ministry of Defense for the purchase of R-300 air defense systems in Hungary.

The disintegrating Czechoslovakia did not lag behind the Hungarians: Prague was the largest center for the purchase of weapons and military equipment for Croatia in the second half of 1991 and the first half of 1992. The deliveries included the Czech companies Omnipol, Unimex, as well as the Prague offices of the Swedish companies Scandinavia Invest and Abarent.

In addition, these were some Swiss firms (in particular, CGS) of the embassies and / or trade missions of some Arab countries in Prague - including the Syrian ones. Under these contracts, Croatia was sent, for example, 50 thousand AK-47 assault rifles, 20 thousand M-16 rifles, 70 million cartridges, 1 RPG-7s and 5000 grenades for them.

Another 100 guided missiles and 5 R-300 air defense systems were installed near the Croatian border with the Serbian region of Bosnia and Herzegovina.

Only Poland was not much behind the "allies". Although it was there in 1980 that the political reaction to the death of Yugoslav leader Josip Broz Tito was very sharp. Even the notorious Lech Walesa considered the "Yugoslav choice" quite acceptable for Poland. 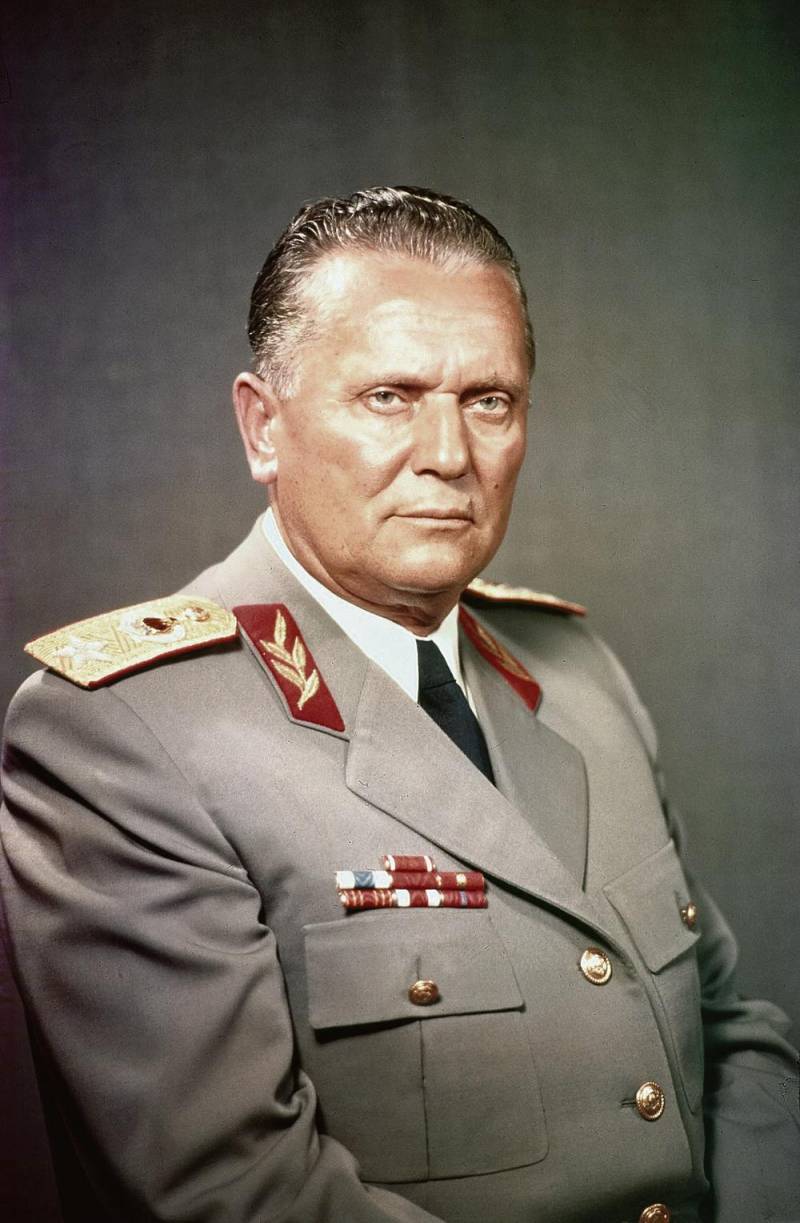 In early January 1992, a batch of 250 ATGMs and 25 anti-aircraft guns arrived there from Poland, the carrier of which was the Nigerian company General and Aviation Services.

Croatian and "kindred" chauvinists were also supplied with Sofia and Bucharest. So, in November 1991, the Croatian transports Kumrovec and Kozara consistently delivered small arms and anti-tank weapons with main and additional ammunition from Bulgaria and Romania to several small ports.

On October 16, 1992, a cargo of Soviet-made weapons (25 tons), purchased from the Bulgarian company Kintex, arrived at the Croatian port of Split. This weapon was also used by the Muslim army of Bosnia and Herzegovina.

As you can see, the dissolution of the Warsaw Pact (We started with the main thing. On the 30th anniversary of the self-liquidation of the Warsaw Pact) was by no means accompanied by the organization of control over his military arsenal. Accordingly, the highly profitable business of transporting arms from the countries of the former Soviet bloc to Yugoslavia was organized very quickly.

The main thing is that, without much analysis, to whom and what was delivered specifically. And even then it became clear to many that the bloody disintegration of Yugoslavia was the work of not only the West, but also those who ruled in the early to mid-90s in all the countries participating in the liquidated Warsaw Pact.