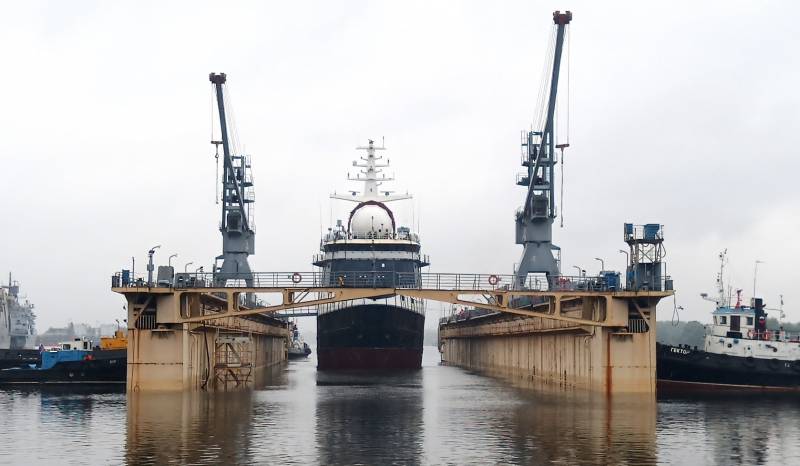 Oceanographic research vessel (OIS) "Evgeny Goriglezhan" of project 02670, being built at the Baltic shipyard "Yantar" in Kaliningrad, will enter the stage of sea trials at the end of October this year. This is stated on the company's website.


The vessel was reportedly taken out of dock last week and is currently being demagnetized. Mooring tests, which began in June this year, continue. The beginning of the factory tests was announced in October, or rather, its end, nothing was reported about the state tests, but the company plans to hand over the ship to the customer by the end of the year.

OIS "Evgeny Gorigledzhan" of project 02670 is actually being rebuilt from the sea tug MB-305 of project B-92 of Polish construction in 1983, the main task of the rebuilt vessel will be "carrying out underwater technical work." The formal laying (actually re-laying) of the vessel took place on March 19, 2016.

In 2018, construction was stopped and resumed only in February 2020 after the contract with the Ministry of Defense was renegotiated. The launching of the vessel took place at the end of December last year.