Conscripts and contract soldiers: features of the manning system of the Swedish armed forces 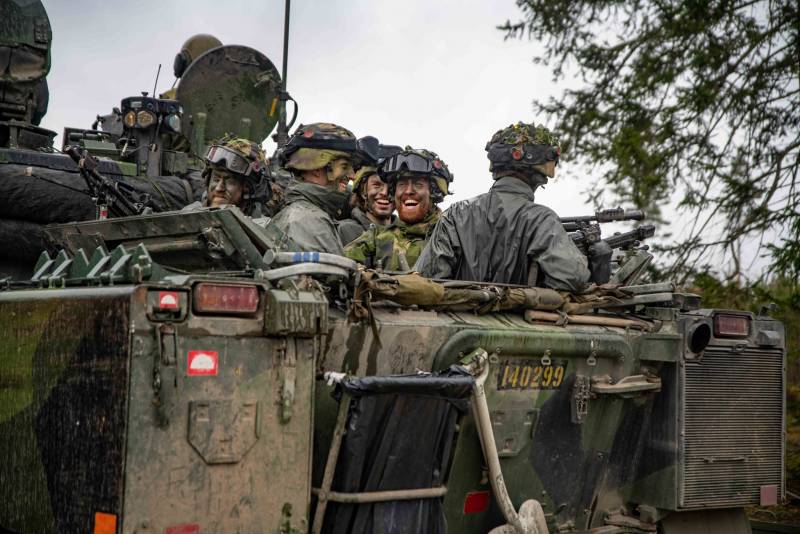 The armed forces of Sweden are not the largest even within their region, but in terms of combat effectiveness they are one of the most powerful and developed in Europe. Similar results are achieved by different methods, one of which is a competent approach to recruiting and training personnel.

According to the current defense doctrine, one of the foundations of Sweden's national security is the training of highly professional personnel who are capable and ready to solve all assigned tasks in peacetime and wartime. With this in mind, in recent years, a mixed system of manning the armed forces has been created, combining conscription and contract service.

Compulsory military service was introduced in Sweden in 1901 and continued until 2010. In the XNUMXs, the military department came to the conclusion that it was necessary to abandon the draft and completely switch to the contract. The reasons for this decision were standard: the complexity of modern weapons and equipment, the inability to quickly train a good specialist, the lack of significant savings, etc.

Earlier, in 2000, the need to call girls was substantiated in a similar way. Then it was argued that modern weapons and equipment are less demanding on the physical condition of a soldier, and intelligence, perseverance and other qualities are gaining increased importance. 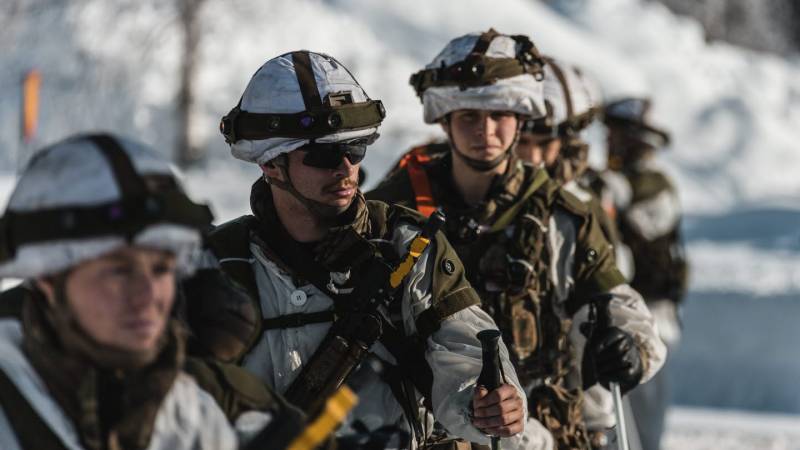 Just a few years after the withdrawal from the draft, Sweden faced new challenges. It turned out that the contract recruitment does not fully cover all the needs of the army in personnel. In addition, an urgent response was required to the latest changes in the military-political situation. Consequently, in March 2017, the Swedish army resumed conscription. This mixed picking principle continues to this day and is believed to be in use for the foreseeable future.

At present, the total number of personnel of the Swedish armed forces exceeds 51 thousand people. Of these, more than 21 thousand people. are in the territorial defense of "Hemvern" and are actually a reserve. Every year they call for approx. 4 thousand people, which allows the training of future soldiers and their rotation at the required pace.

However, the size of the army does not meet the plans of the command. According to the current strategy, it should be 60 thousand people. However, as of the end of 2020, more than 6 thousand posts remained vacant. Moreover, for 2021-25. a gradual increase in the armed forces up to 90 thousand people is planned. To fulfill such plans, it is proposed to increase the draft and eventually double it, to 8 thousand people. annually.

According to Swedish law, after recent amendments, citizens between the ages of 16 and 70, males and females, are liable for military service. The draft age for men is between 18 and 47 years old. For women, the upper bar has been lowered to 23 (in the Air Force) or 25 in all other structures. At the same time, the real age of servicemen is below the maximum permissible values. So, most of the officers and generals with long experience retire at 55-60 years old. 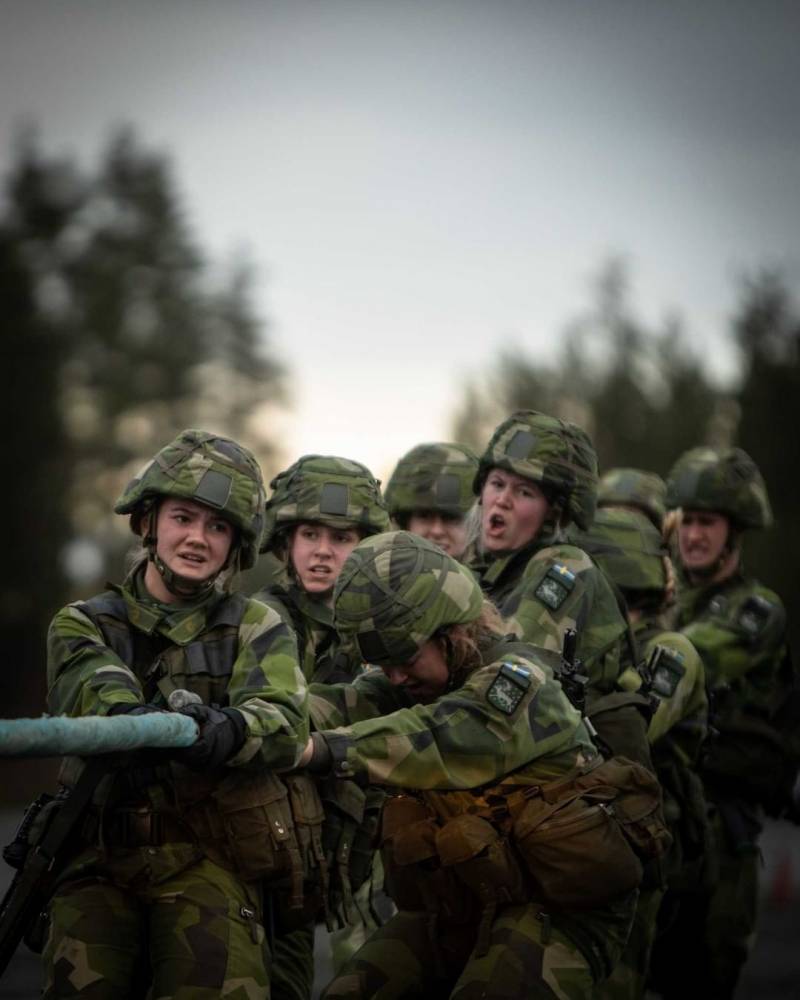 The Armed Forces Recruitment Service is responsible for the selection of personnel. She maintains lists of persons liable for military service, carries out their planned conscription and accepts applications from volunteers going on military or contract service. All persons liable for military service pass through the Service, and it makes a decision on their admission or release from service. Responsibility is provided for draft evasion.

The future conscript or contract soldier undergoes a medical and psychological examination, during which his physical and mental health, physical condition, intellectual abilities, etc. are determined. Also, the existence of valid reasons for postponement or release from service is considered on an individual basis. In particular, in the presence of serious illnesses, they are released from service, and training gives the right to a postponement.

For safety reasons, attention is paid to the social aspects. So, people with radical views, negative psychological characteristics, etc. are not taken into the army. Convicted persons are also not called up.

After passing the commissions, the recruit can choose between urgent and contract service, in accordance with his plans and wishes. An alternative service is also envisaged: by decision of a special commission, a conscript is sent for 12 months to one of the civilian structures related to defense.

The recruitment service distributes recruits between different types of troops, taking into account their wishes, health and other factors. The service life of the conscript depends on this appointment. It is determined by training programs and ranges from 4 to 12 months. 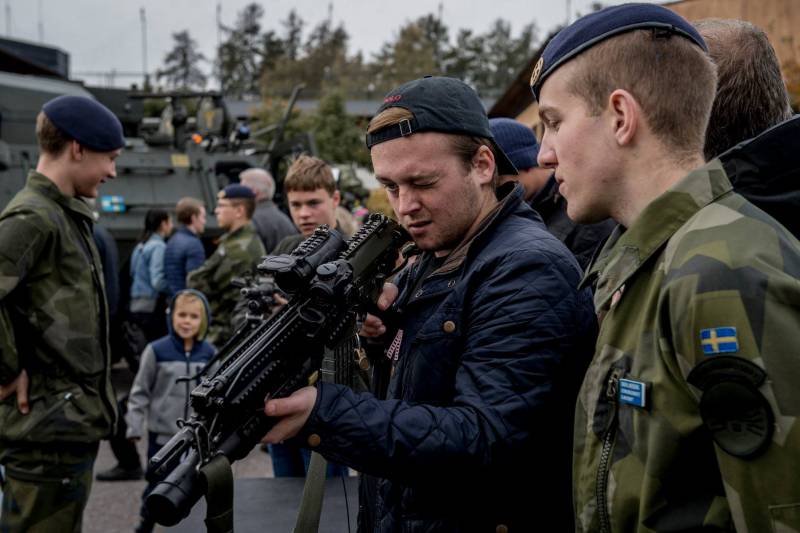 Immediately after being recruited, the recruit is sent to a training unit as part of a regiment or training center. The course of a young soldier in all types of troops takes 3 months. After that, the soldier is transferred to a combat unit and begins a full-fledged service, during which he masters his specialty. The overall service life depends on the complexity and duration of this process.

The fastest are the Hemvern Territorial Defense fighters. The training of a soldier takes 1 month, a junior commander - 4 months. In the ground forces, the process of training a fighter is extended for 9 months. NCOs and non-commissioned officers study for 11-15 months, and they are mainly contract soldiers with a corresponding service life. A similar training procedure takes place in navy, the Marine Corps and the Air Force.

A conscript or volunteer can choose contract service. In 2010, after the cancellation of the draft, two types of contracts were introduced with different features, capabilities and benefits. Such a system has shown itself well and has been preserved to this day without any changes.

The main one is the so-called. a permanent contract that creates the core of the army. It is concluded for 8 years with the possibility of extension to 12. In accordance with such a contract, the soldier remains in constant readiness and, in fact, continues his regular service. Regular participation in various training activities is envisaged. Also, a contractor can be involved in a foreign operation, but no more than three times during the entire term of the contract. 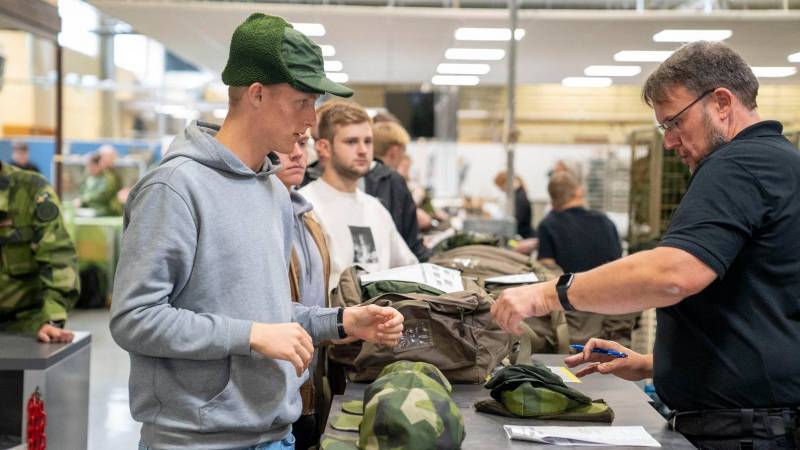 A permanent contract provides an opportunity and a margin of time for completing various courses and training programs. According to their results, a soldier can count on the next military ranks and positions.

There is also a “part-time contract”, concluded for 8 years with an extension to 16. In this case, the contractor returns to normal life, but at the beginning of the conflict may be called up to serve in Hemvern or in another structure of the armed forces. Annual fees are also provided. A contract soldier can be sent abroad no more than twice.

In a short period of time, the manning system of the Swedish armed forces has undergone two major changes. In 2010, in order to get rid of typical problems and gain new opportunities, the conscription was canceled and the service was introduced only on a contract basis. Already in 2017, the draft was returned, but now, in addition to contract service, again to solve urgent problems.

The combined picking system has been in operation for several years and has partially coped with the tasks set. With its help, it was possible to increase the number of combat units and increase their combat effectiveness. Also, the reforms had a positive effect on the size and level of preparation of territorial defense and reserves. 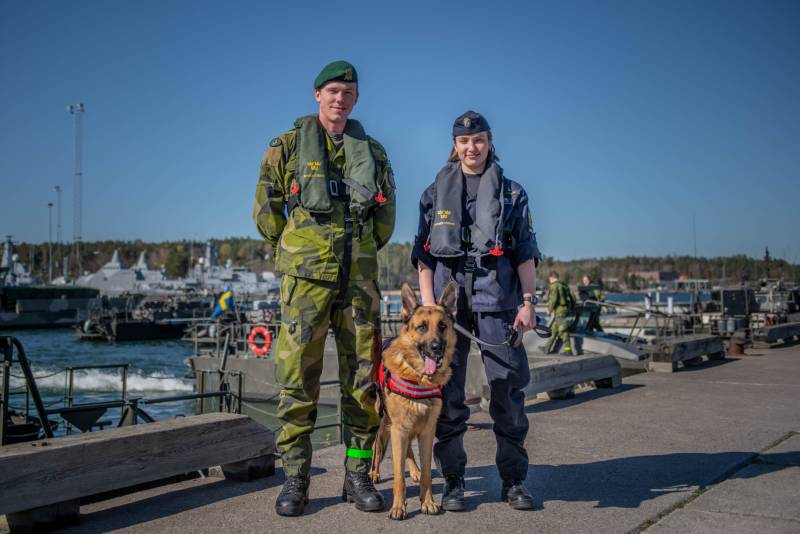 However, not everything planned has been done, and the Ministry of Defense needs to solve several significant problems. First of all, it is the lack of personnel. The draft was returned more than four years ago, but the total size of the army still does not reach the required figures. Moreover, a major new expansion is planned, which will require approx. 30 thousand people. Whether it will be possible to recruit them in the coming years is unknown.

For more than 20 years, women have been recruited into the Swedish army, but the results are still far from desired. Women make up only 10-11%. personnel in service and in reserve. The command wants to gradually double this figure, although these undertakings do not find understanding among the population. In addition, women are deterred by the spread of sexism and harassment - despite all the statements and attempts to combat them.

However, the processes of education and training in general are proceeding normally and in accordance with the current norms, which makes it possible to obtain the required combat capability. They are trying to fight unhealthy phenomena and conflicts, and their number is gradually decreasing. Apparently, the serious approach to the selection of personnel at the level of the Recruitment Service affects.

Thus, the existing combined approach to the recruitment of personnel in the Swedish army shows mixed results. With his help, it was almost completely possible to solve the issues of quantity and partly quality. At the same time, there are still specific problems that do not yet allow the army to obtain the desired appearance. However, the command takes into account the emerging challenges and tries to respond to them in a timely manner. How successful his actions and measures will be - time will tell.

Ctrl Enter
Noticed oshЫbku Highlight text and press. Ctrl + Enter
We are
Why does Europe return the call to the armyUkrainian army will be a contract?
Military Reviewin Yandex News
Military Reviewin Google News
32 comments
Ad