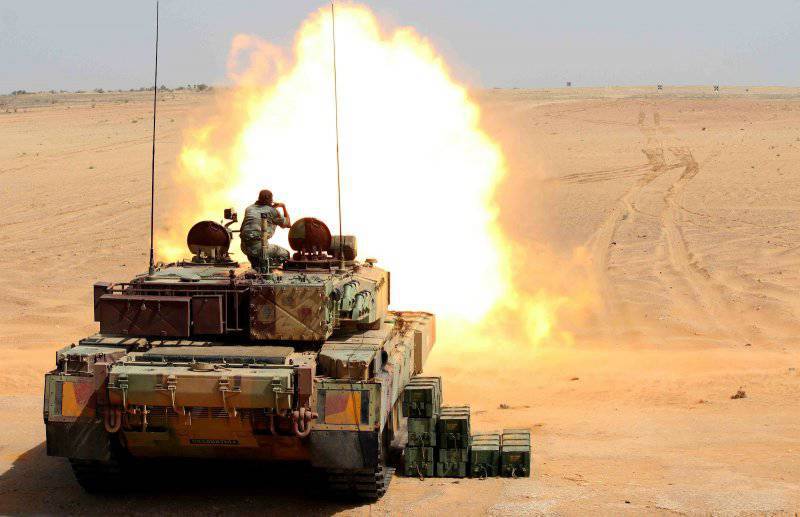 Russia and India. Despite the differences in geography, culture and other aspects, these countries are related to the commonality of the problems of building modern armed forces. That in Russia, that in India, now there is a place of opposition of political groups and clans. With regard to the modernization of the army, this results in a tough conflict between the military - representatives of the Ministry of Defense and the command of the ground forces in particular, with representatives of the military-industrial complex. Just as now in Russia, in India the military lobby is in favor of equipping the army with imported weapons. 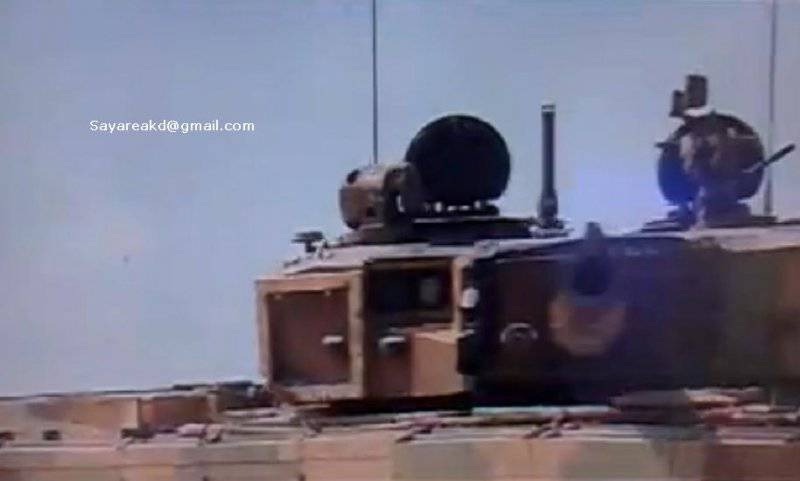 Industrialists, in turn, are talking about supporting the "domestic" producer, lobbying the interests of the development of national industry and the economy. However, there have been ways of converging positions. In particular, if antagonism of views is still observed in the procurement of models of equipment, then there are often no contradictions regarding the use of a wide range of imported components and individual systems to modernize the existing fleet of weapons and equipment. This creates a competitive environment and very favorable opportunities for many companies specializing in the development and production of components. Unfortunately, Russian companies are very weak in this market. This is probably due to excessive state control, the habit of shifting responsibility for filling the portfolio of orders for state structures and parent enterprises. A good example is the situation with the modernization of the Indian tank park. 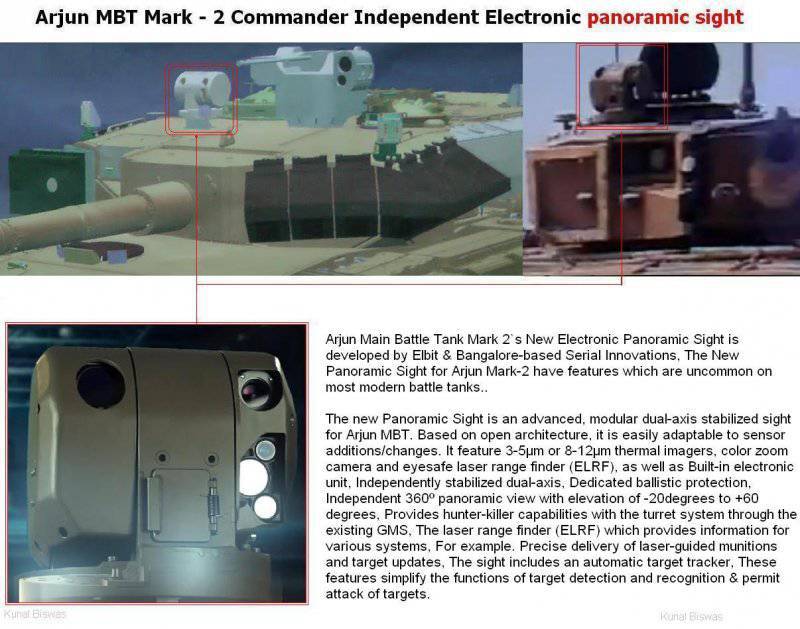 Currently, it mainly consists of tanks T-72M1 and T-90S of both Soviet / Russian and licensed Indian assemblies. About 2000 pieces of equipment need modernization. This is a tidbit for any company. However, Russian manufacturers are not particularly active in this market, believing that they already have "everything grabbed." Of course, this is far from the case. In the message "Ukraine is stealing Russian tanks!" We already wrote that in order to study the possibilities of modernizing the T-90S tanks, the Indian side sent one of these tanks to Ukraine to the Malyshev Plant and the KHBM to carry out a comprehensive modernization. However, Russian officials probably do not see this as a problem, and therefore do not take any retaliatory action. But once you look at the appearance of the demonstrated modernization model, it becomes clear that the Ukrainian company offers a direct competitor to the Russian version of the modernization of the T-90S, known as the T-90MS Tagil. Another strong competitor of the T-90MS in India is the national development - the Arjun project Mk.2. We have already mentioned this car. However, it is worth remembering it again. The reason for this is the new details about the configuration of this machine. 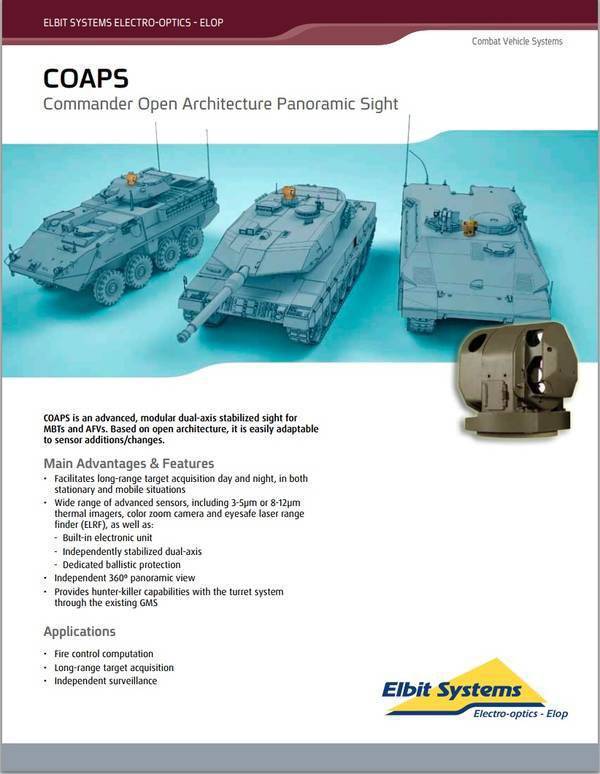 The world experience in the modernization of armored vehicles shows a priority direction - modernization of the SLA, equipping tanks with more modern sighting systems, with thermal imagers and the ability to conduct a panoramic view. So for the tank "Arjun" Mk.2 now on prototypes is being tested by the SLA with a panoramic sight COAPS from the Israeli firm Elbit Systems (ELOP). 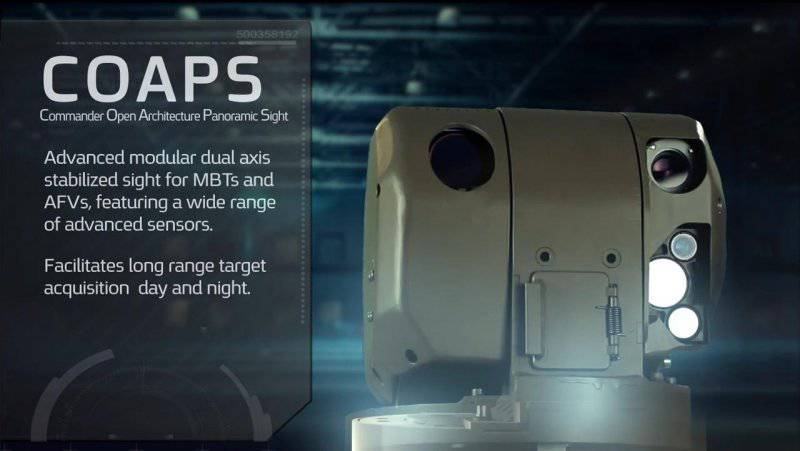 The COAPS sight is mounted on the Arjun Mk.2 tank by Elbit in conjunction with the Indian company Bangalore-based Serial Innovations. As reported in the distributed promotional materials, COAPS has a number of features that are not found in the OMS of other tanks. 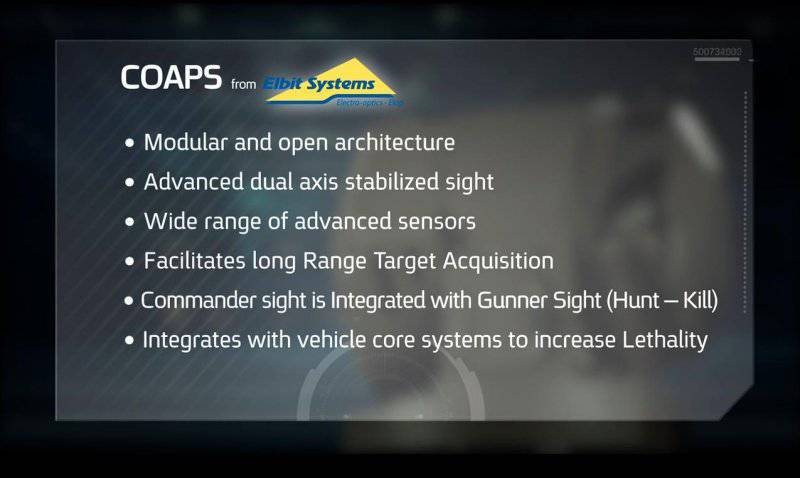 The sight is a modular platform of open architecture, stabilized in two planes. This allows you to easily and with minimal cost to add or modify the design, reduces the cost of maintenance and repair. Allows you to easily install a thermal imaging camera range 3-5mkm, or 8-12mkm (target detection range 5 km); video camera with the ability to scale a color image of the HDTV format (target detection range 5 km), laser range finder (operating range 10km). Stabilization independent biplane. Provides an overview on 360 deg. in the horizontal plane and from -20 to + 60 degrees. in vertical. The sight has ballistic protection against bullets and shrapnel. Integration into carrier combat systems, work in the search-destroy mode is provided. 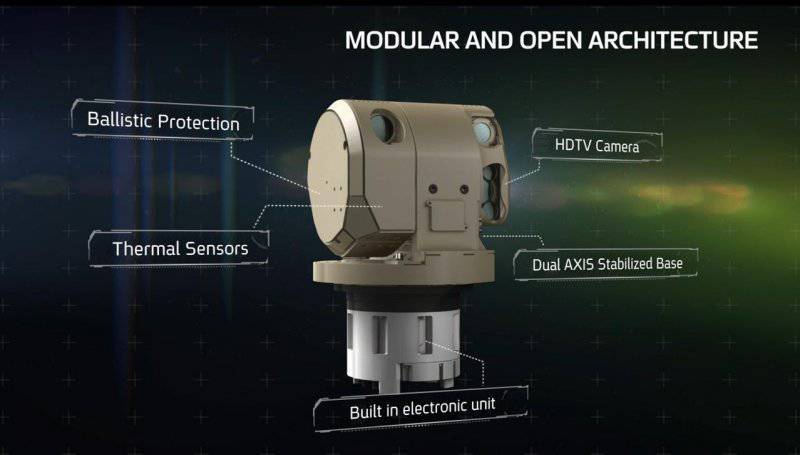 In addition to Arjuna, Elbit is ready to install the COAPS sight on T-72 / T-90 tanks, which is confirmed by a somewhat clumsy picture from the company's advertising brochure, as well as by working with Argentina, installing this device in a modernized TAM tank. 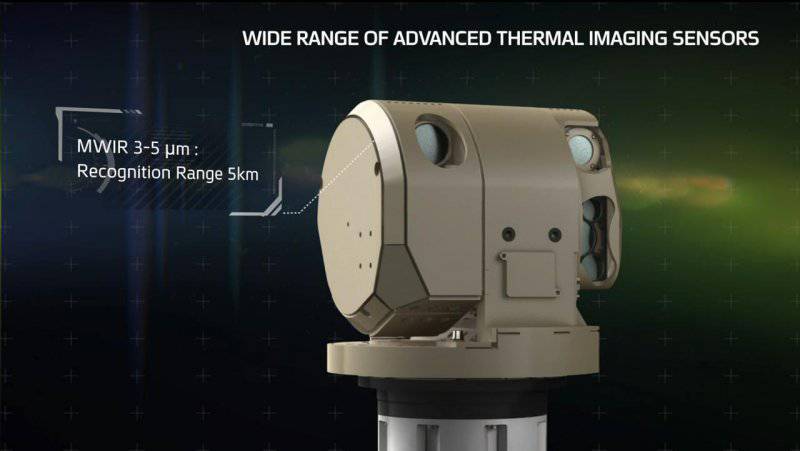 As it is not difficult to see, the panoramic sight COAPS differs for the better from the Russian and Belarusian counterparts with smaller dimensions, for which it is more convenient to assemble it on modernized machines, and even more so on newly developed machines. Serious advantages are provided by increased viewing angles in the vertical plane (for example, our Hawkeye has everything from -15 to + 45 degrees), and, of course, an open architecture. We can note the disadvantages. First of all, this is clearly insufficient combat and operational survivability. Ballistic defense frankly weak. In conditions of high dustiness of the air, not to mention the combat impact, there are constructive prerequisites to the fact that the sight can jam when moving in a vertical plane. Well, it is not yet known how the heat chamber will show itself in conditions of low thermal contrast. 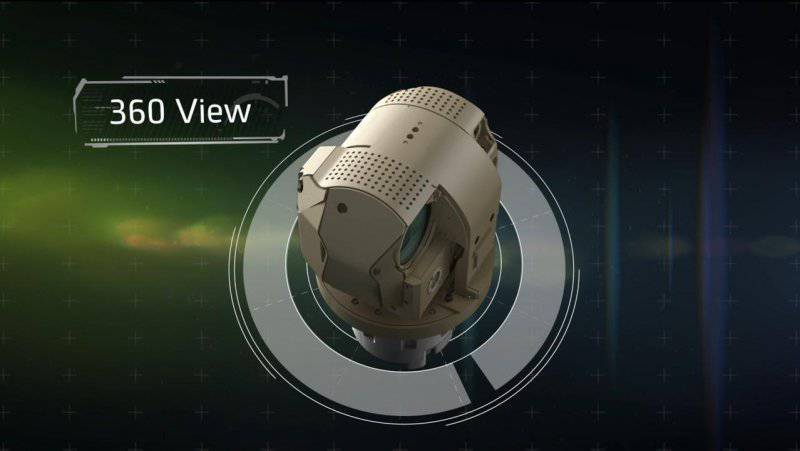 Nevertheless, the panoramic sight COAPS is a serious competitive bid. It can be said that Russian tank builders have been challenged. Its integration on the upgraded Arjun is not so terrible, it will be offensive and annoying if the Indian side chooses this target to upgrade its T-72 and T-90. 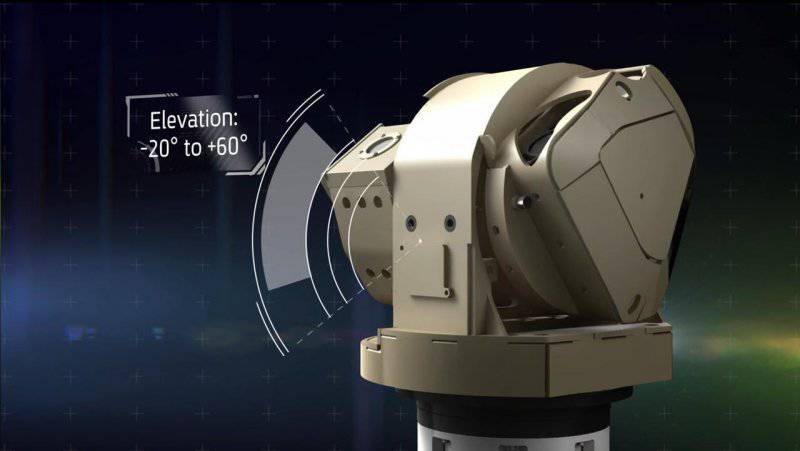 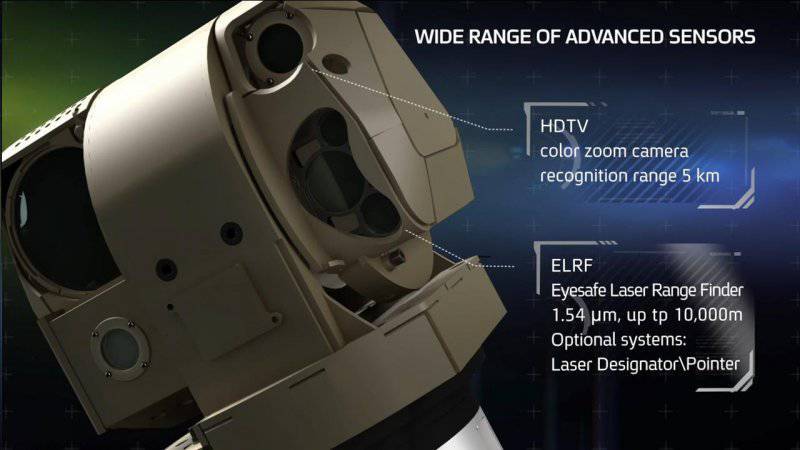 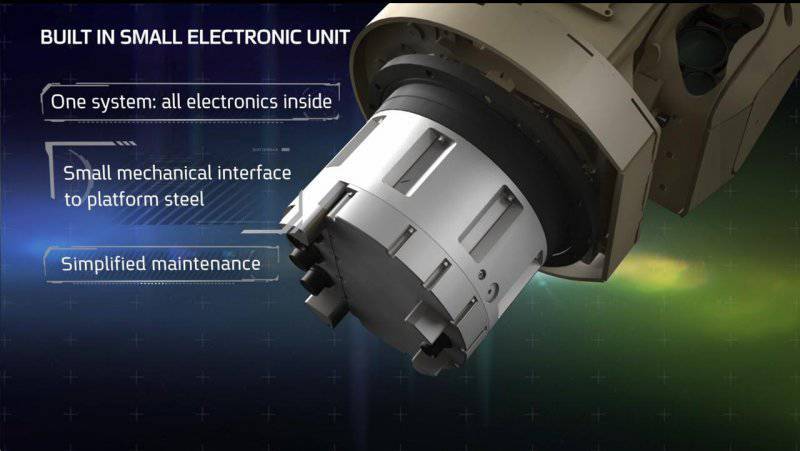 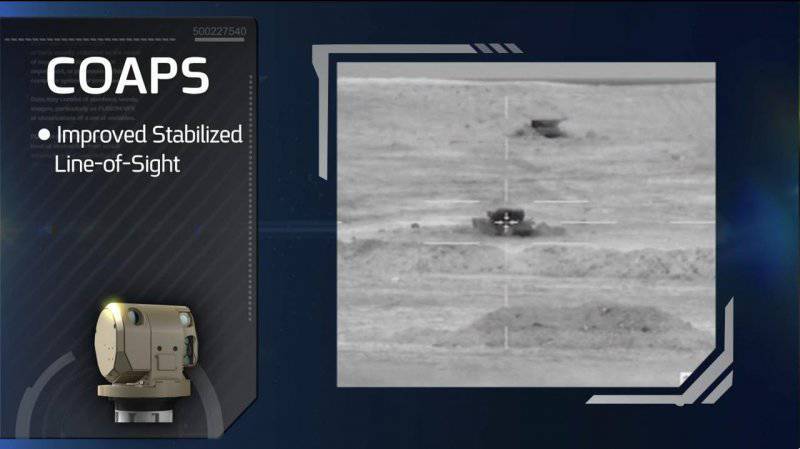 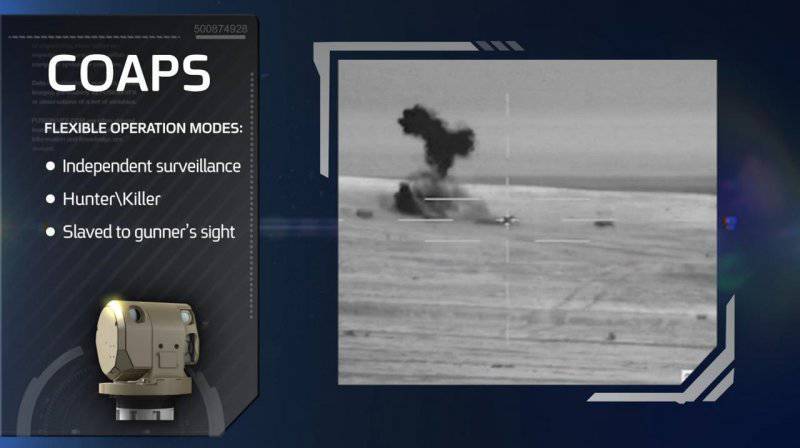 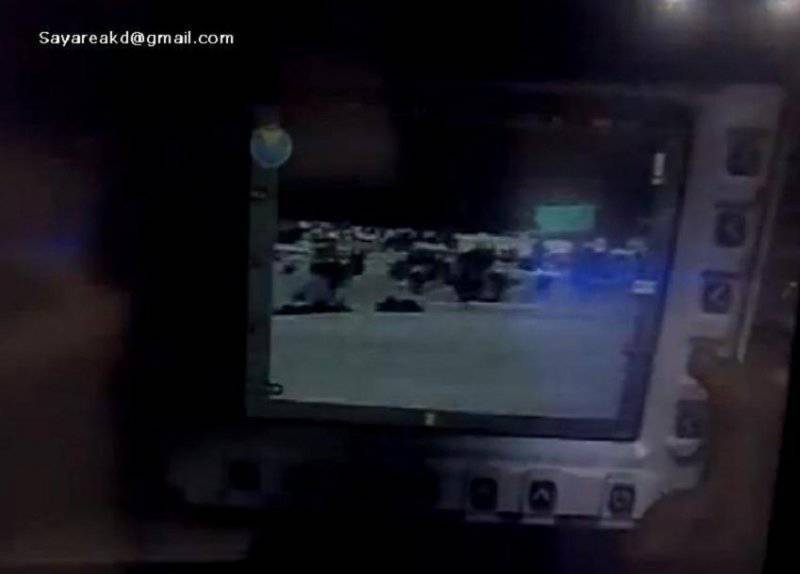 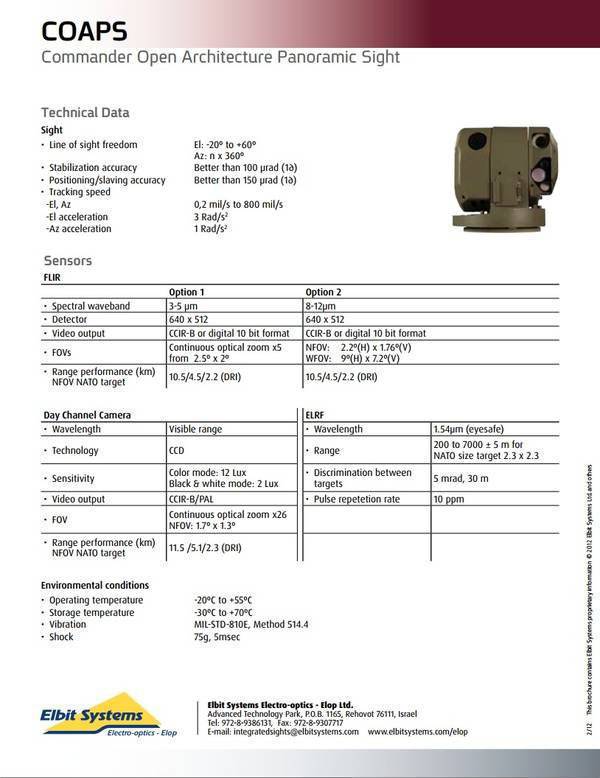 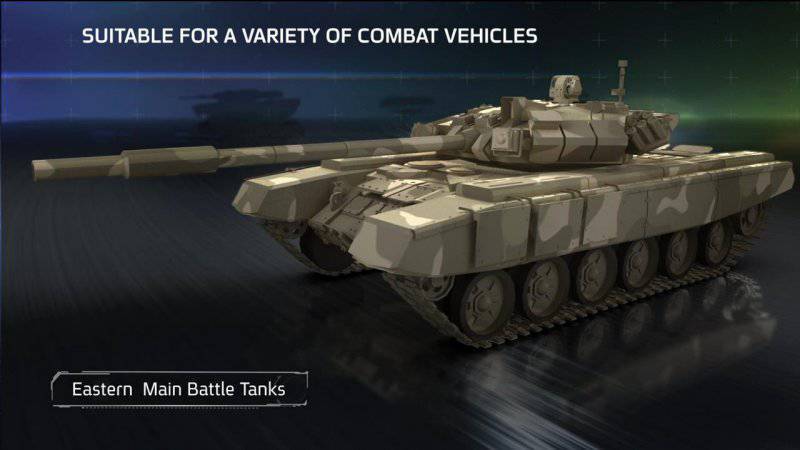 Installing the COAPS Panoramic Sight on the T-90C