Main power plant of the US Navy 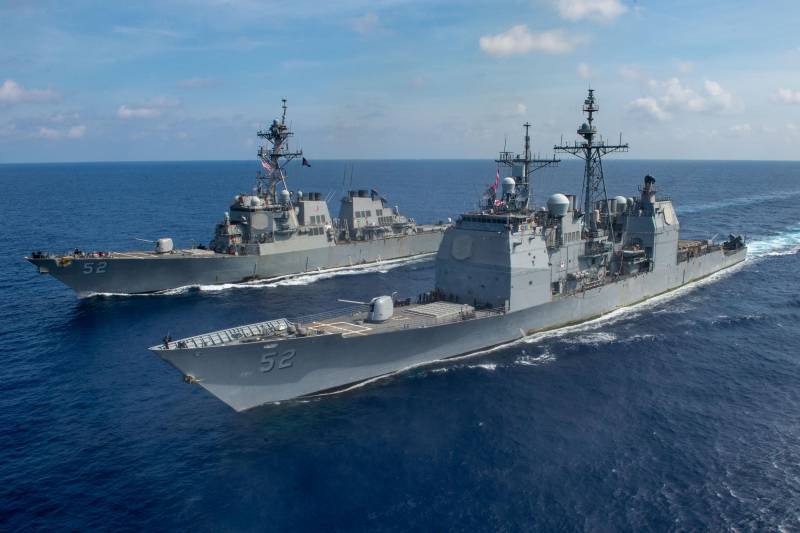 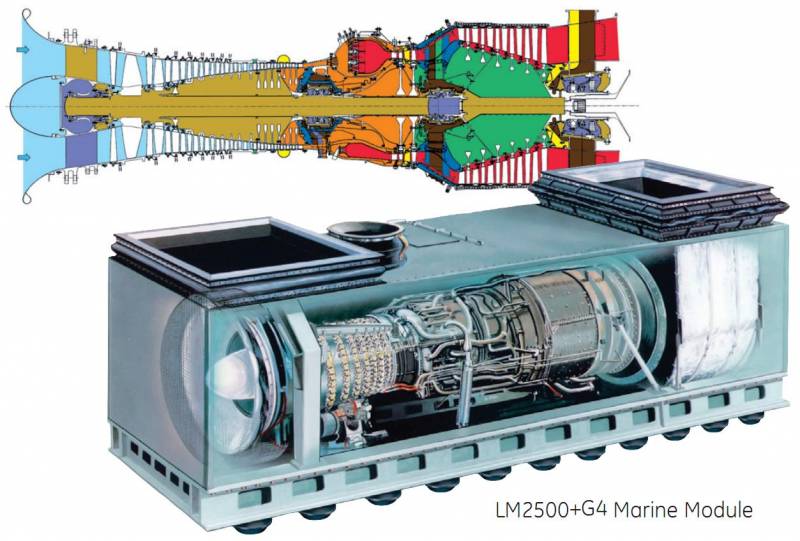 Drawing and diagram of the LM-2500 engine of the American company "General Electric"
Since the 70s of the XX century, a clear tendency has appeared in the world for the transition of energy to natural gas as the main type of fuel, and gas turbine units (GTU) as the leading power units for driving electric generators. The developed countries of the world are allocating substantial funding for work to improve the efficiency and fuel efficiency of gas turbine installations.

Large gas turbines with a capacity of over 400 MW are already in operation. The temperature of the working gases of modern gas turbine plants at the turbine inlet has passed the 1500 ° C mark, which is 150/200 ° C higher than in the previous generation units.

The current period is characterized by active work on the creation of third-generation gas turbine units, which are compact and at the same time powerful power plants for civil and military marine equipment.

The second generation shipborne gas turbine engines were developed on the basis of aviation turbojet engines, taking into account the use in marine conditions. They have low specific fuel consumption, increased corrosion resistance, less weight and dimensions than those of the first generation gas turbine engine, longer service life and increased reliability. The efficiency of these engines was increased by increasing the operating pressure, cycle temperature, and the use of efficient cooling of the turbine blades.

The most stressed units and parts of such engines are made of high-strength corrosion-resistant alloys. The compressor rotor and stator are made of titanium or nickel, while the turbine and combustion chamber components are made of cobalt or nickel alloys. All GTE parts operating at high temperatures (combustion chamber, high-pressure turbine blades, guide and active blades of the first and second stages of a low-pressure turbine) have aluminized or chrome-plated film coatings, which are sufficiently reliable protection against high-temperature corrosion.

GTEs of the second generation can run on aviation kerosene, diesel and distillate fuels, and even natural gas. Unlike the first generation GTEs, they emit a small amount of smoke, which is achieved due to the use of a perfect design of fuel injectors and its complete mixing with air in axial vortex combustion chambers.

Since the mid-60s of the last century, the American company General Electric has managed to create a wide standard range of power gas turbine units of various capacities. These engines were widely used on various types of civil aircraft in the United States. Later they were used to create industrial gas turbines and marine engines.

It is based on the TF39 aircraft turbojet engine and is a development of the CF6-6 series of the same company.

The GTE is a simple cycle twin-shaft engine that includes a 16-stage compressor, a small diameter quick-release annular combustor, a two-stage high-pressure turbine and a six-stage free power turbine. Under normal operating conditions (ambient temperature 15 ° C, pressure 1,03 kg / cm 10) and fuel calorific value 270 kcal / kg, the engine has a maximum continuous power of 24 hp. with. at 700 3 rpm. Specific fuel consumption at this power is 400 g / l. with. h and air consumption 181,9–59 kg / s. The length of the engine is 65 m, its weight is about 6,25 tons. The compressor is a single-rotor with a compression ratio of 3,8: 17.

Compared to other types of ship-borne gas turbine engines, the gas temperature in the LM-2500 engine is significantly increased, however, due to the effective cooling, its wall temperature was not much higher than that of the first generation gas turbine engine. At the same time, special attention is paid to ensuring control over the flow of cooling air, reducing its losses, as well as controlling the radial clearance.

The power turbine is a six-stage straight-through design with low peripheral speeds. The power shaft of the gas turbine engine is equipped on both sides with elastic disc clutches that compensate for inconsistent torques. It is believed that disc couplings most fully meet the requirements of ship-borne gas turbine engines, since they do not require lubrication, do not have rubbing surfaces and have high corrosion resistance. GTE bearings are lubricated with synthetic oil pumps.

The compressor and the power turbine housing are split for ease of maintenance and repair, which allows replacing the blades without dismantling the engine as a whole. In addition, there are inspection holes for monitoring the condition of the most important parts, and the entire fuel system is mounted outside the engine.

During bench tests of the LM-2500 GTE, the time of its trouble-free operation significantly exceeded the service life of the first generation engines.

During trial operation on the Admiral Collagen ship in 1972, this engine worked for more than 15 thousand hours, of which 5 thousand hours it worked in the power range of 19-21 thousand liters. with. Another feature of this gas turbine engine is that, easily removed from the ship for coastal repairs, it can be re-installed within 72 hours. The developed global corporate service allows keeping within the specified time, which gives General Electric a serious competitive advantage over other GTE manufacturers.

Having seized the leadership in the world energy market, General Electric has been producing about 30% of all gas turbines produced in the world for the last 70 years. 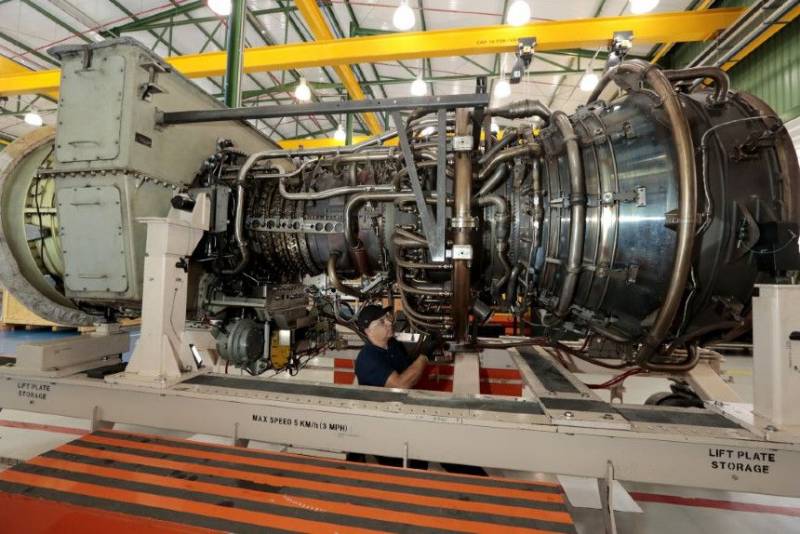 Gas turbine unit of the LM2500 + G4 DLE series with a capacity of 33 MW.
As of the end of 2018, about 2 marine engines of the LM-100 series of various modifications were manufactured, among which there are:

The LM-2500 naval gas turbine engine is the most widespread and reliable and is used on warships from frigate to aircraft carrier. The vast majority of ships in the US Navy are equipped with this engine. The GEM LM-2500 of General Electric has been used on more than 400 ships of the Navy in 33 countries of the world since 1972. More than 1000 LM-2500 marine engines are in operation every day around the world. Since 1998, GTU LM-2500 + has been used to equip commercial marine vessels.

Construction of Arleigh Burke-type UDC and America-class UDC destroyers at Ingalls Shipbuilding (USA) - all ships are equipped with GE LM-2500 GTE
Ships of the Navy and the United States Coast Guard: 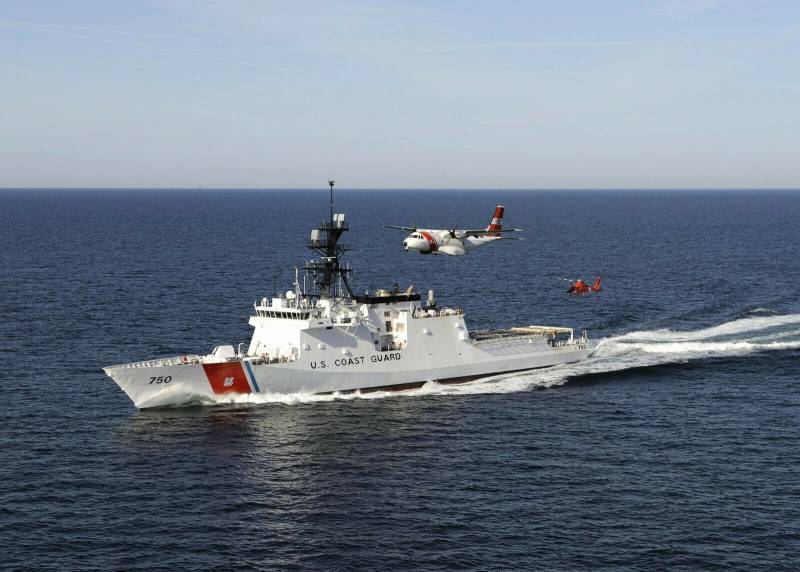 Legend-class ocean patrol ship
Ships and vessels of other countries: 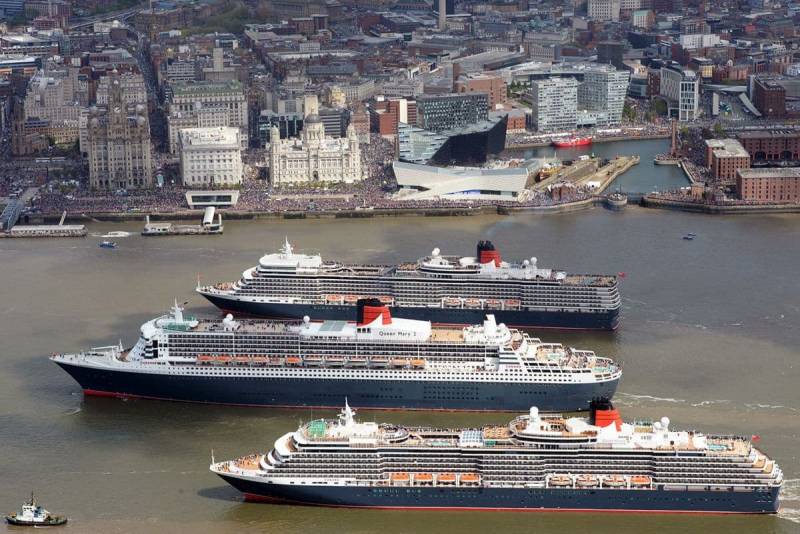 Wishes for the future of the Russian Navy

The issue of unification of the main power plants of warships and ships is also facing the Russian Navy.

There is no other navy in the world, which is one of the top ten largest maritime powers, in such a variety of naval engines as we have.

Long-term plans for the construction of new ships should be aimed at the maximum unification of most projects based on a single gas turbine engine and diesel engines.

The development of a modern domestic aircraft engine PD-14 and its more powerful modifications - PD-18 and PD-35, opens up opportunities for the creation of a new generation of marine versions of GTEs on their basis.

According to media reports, work has begun on the creation of gas turbine units for gas pumping stations (GTU GPS) based on the PD series engines. It makes sense, together with the testing of aircraft engines and gas turbine units, to start developing a new generation of marine gas turbine engines.

Also, the leadership of the Russian Navy needs to set the task for the designers to include these GTEs in all new projects of ships and vessels, where it is economically justified and expedient.

Model of the modernized frigate of project 22350M - the future of the Russian Navy (http://bastion-karpenko.ru/22350m-skr/)
A wide range of unified aircraft engines, gas installations and marine gas turbine engines will provide significant savings in their operation and repair. Joint repair and service centers will allow you to quickly resolve issues of service in Russia.

After all, wherever there are Russian naval bases of the fleet, there is a civil or military airfield nearby, which makes it possible to ensure the urgent delivery of spare parts and new replacement engines. And the supply of ships and vessels of our projects through military-technical cooperation will help to form a service network abroad.