Especially for detractors of the Soviet Union 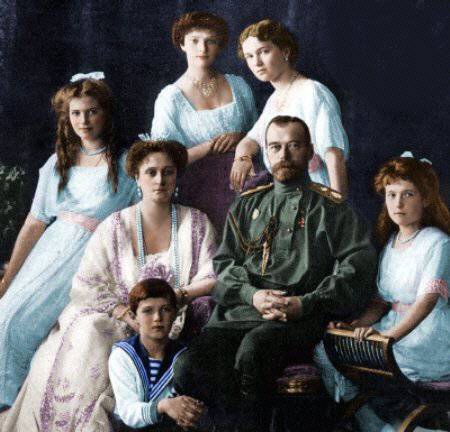 During the second half of the XIX century there were over twenty famine years.
Data at the end of XIX-beg. XX centuries.
From the report to the tsar for 1892 (especially unfavorable and lean) year: "Only from a shortage of deaths to two million Orthodox souls." After all, according to the laws of that time, only those who were buried in Orthodox churches got into the statistics, and there is no evidence of the number of deceased "aliens", Old Believers, "godless" people at all. But after all, it’s clear to any normal person that even in the same Vyatka province, alongside Russian peasants, the Old Believers, "foreigners" like "unbaptized Mordovians and votyaks, lived on the same land." Catholics kept their scores dead, but these data were not submitted to the general report.

A report to Nicholas II in January 1902 of the year: "In the winter of 1900-01, the 12 provinces with a total population of up to 42 million people were starving. From this, the mortality of 2 million 813 in thousands of Orthodox souls."

In 10 of the Russian Weekly, for 1903, we read: “Up to two hundred thousand regular Cossack and gendarme forces were sent to suppress the revolt of peasants and workers of the Poltava and Kharkov provinces.” The newspaper “Kievsky Vestnik” from 9 of March of the same year in the incident section reports: “Yesterday three gendarmes hacked a blind singer with sabers for songs of an outrageous content:“ Oh, good time will come, the worker will be full, and gentlemen - for one rakita. ”

In the 1911 year (already after the much praised "Stolypin reforms"): "The 9 provinces starved with a total population of up to 32 million people. From this, the mortality rate of 1 million 613 thousand Orthodox souls."

According to a report at the annual session of the Ministry of Health of the Russian Empire: "From 6-7 millions of children born each year, 43% does not live to 5 years. 31% in one form or another show signs of nutritional deficiency: rickets, scurvy, pellagraes, and so on." Even then, the question was raised that "the indiscriminate drunkenness of the poorest people violates the health of the child even before his birth." In a separate paragraph lists the largest epidemics and the number of victims: adults and children older than 1 of the year.

From the report for 1912 year against the words: "Almost every tenth peasant child among those examined represents various signs of mental insufficiency. But this failure is not only inborn. A large proportion of it results from the fact that parents who work have no time to somehow develop it, mentally and motorly, according to age. And also it is enough to talk with him and encourage him with caressing so that the child can learn to talk, walk and so on in due time. " - the hand of the king says: "It does not matter" and affixed the highest signature.

The same mark - against the lines that "the average life expectancy of the population of Russia 30,8 of the year." According to the laws of that time, the statistics (except for the "un-minted" in the churches, as mentioned above) did not include the death rate of children up to the 1 year.

From 1880 to 1916, the sad outcome can be summed up: from "unnatural causes" (famine, epidemics, child mortality, criminal causes, with the suppression of peasant revolts, as well as in "small wars" not counting the First World War) prematurely died to 20 millions of "Orthodox shower".

In the issue of 2 on January 1910, the Petersburg Vedomosti reported: "... a small New Year reception was held, at which His Majesty the Emperor of All-Russia was with his family. And the richest people of Russia were invited to 20, and their invitation numbers were appropriate to their capital for 1 January last year. " Below was published a list of those invited, in the order of the numbers of their invitation cards. This list was opened by A.Nobel (the owner of many oil fields), the banker Haim Rothschild and the manufacturer Zinger. They were followed by R. Chandler (car magnate), P. Schmetschen (shipping companies), etc. Moreover, there were only three citizens of Russia (not to mention nationality, religion, etc.): the manufacturer Putilov (12 place), the owner of the largest oil prospectors Mantashev (13 place) and the Georgian prince, General Chikovani ( 20-place). In total, according to the statistics of the Russian Economic Society, which was published at the beginning of each year in the newspaper news", by the beginning of 1913, 62% of large domestic industry was in the hands of foreigners (who did not have Russian citizenship), another 19% - in share or other joint ownership (joint-stock, etc.).

And for a snack to detractors ... In the period of 1884 — 1885, household surveys of villages and villages in the Oryol province were conducted, where the questionnaire included the question: “How many and what books are there in the family?” ... And that's what the peasants answered : 1) 82% yards had no books; 2) In the Oryol district, there were only 53 books for a hundred literate peasants; 3) Of the seventeen and a half thousand books that were in peasant families, only 16% accounted for artistic, scientific and other secular literature; Statistics on the names: - 1) “The Battle of the Russians with the Kabardians” (29 copies); - 2) "History about the brave knight Franzel the Venetian ”(21 copies); - 3) “English Milord” (15 copies); - 4) of Nekrasov’s book (“Frost Red Nose”, “Last Songs”, poems) - (5 copies); - Leo Tolstoy - (10 books); - Krylov - (10 books); - Ershov - (6 books); - Pushkin - (5 books); - Griboedoev - (4 books); - Koltsov, Benedict, Ostrovsky, Leskov, Dostoevsky - on the 1 book.
There were separate issues of magazines, including "Contemporary"
Statistics prepared by O. M. Zhirnov [Joseph Zhirnov (Osip Mikhailovich) - 1860 — 1918


Speaking of education under the tsars or “What the revolutionaries really fought with”.
The Circular on Cooking Children — 1 was issued on July 1887 by the Minister of Education of the Russian Empire, Count I. D. Delyanov, and ordered to refrain from enrolling children of coachmen, footmen, cooks, laundresses, small shopkeepers, and the like at children of which, with the exception of those who are gifted with extraordinary abilities, should not be inferred from the environment to which they belong. ”

The circular relied on the views of Alexander III (Alexander belongs to the testimony of the testimony of a peasant woman M. A. Ananina that her son wants to study at the gymnasium - “That's terrible, man, but he also climbs into the gymnasium!” And K. P Pobedonostsev on the need to “cool” Russian society by restricting movement from “ignoble” segments of the population to raznochintsy and students, the main driving force of the revolutionary upsurge of previous years. Representatives of the lower strata of society, who managed to pay for their children, were expelled from the gymnasiums. In particular, Nikolai Korneychukov (K. Chukovsky) was excluded from the Odessa gymnasium.