С78 "Zig-zag" - the only revolver model from Mauser 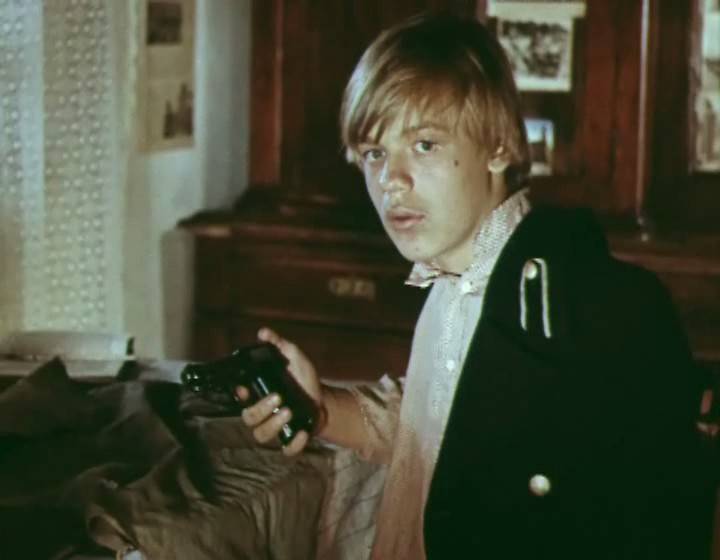 With the Mauser, which my father gave me, I never parted. The Mauser was small, comfortable, in a soft suede holster. I didn't wear it for self-defense. No one was going to attack me yet, but he was dear to me as a memory of my father, his gift was the only valuable thing I had. And also because I loved the Mauser, because I always felt some kind of pleasant excitement and pride when I felt it with me. In addition, I was fifteen years old then, and I did not know and still don’t know a single boy of this age who would refuse to have a real revolver.
"School" A. Gaidar
History firearms weapons. And it so happened that while reading Gaidar's book "School" as a child, I came across this paragraph in the epigraph, and was very surprised by it. After all, everyone knew, including me, that a Mauser ... this is a Mauser - wow, what a pistol! So the main character of "School", firstly, could not carry it in his back pocket, and secondly, it was not a revolver. After all, a revolver has a drum, and a pistol has a magazine, in the handle or, like a Mauser, in a special "container" in front of the trigger.

And then I got my hands on the "Soviet military encyclopedia" (Moscow: Voenizdat, 1976-1980), where a portable pistol "Mauser HSc" of 7,65-mm caliber was just drawn, which was quite suitable for description in the Gaidar school, although there and it was indicated that this model began to be produced in 1935. 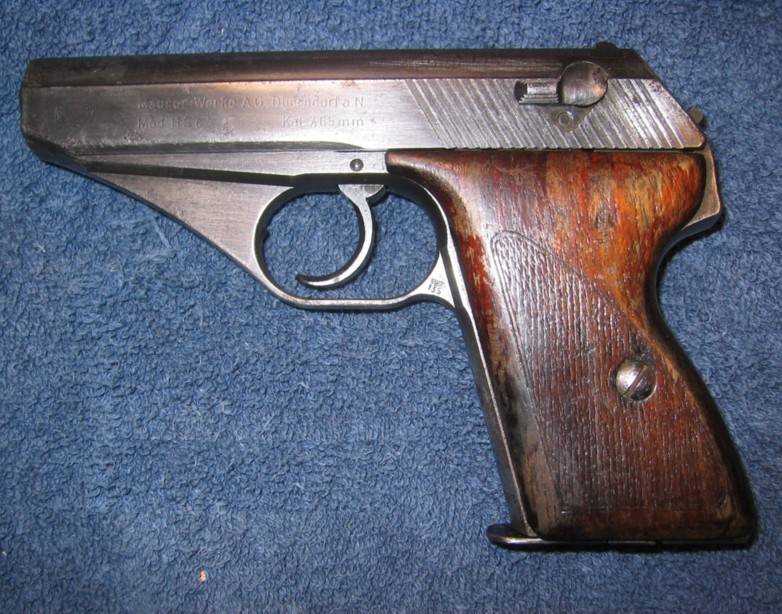 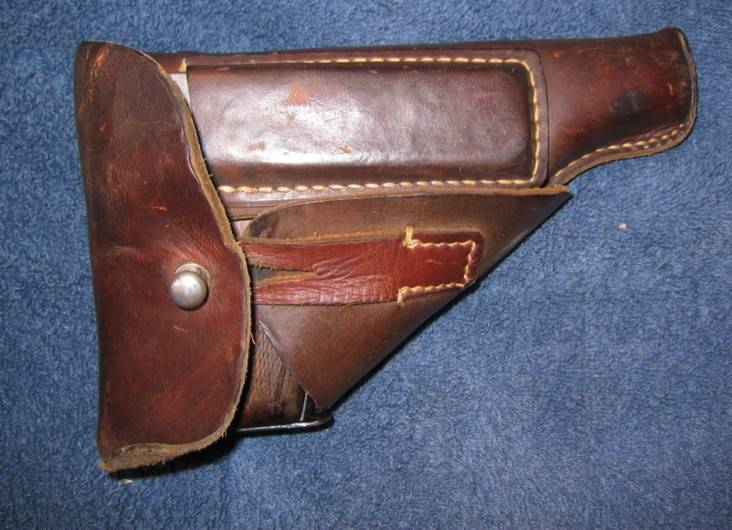 And a holster to it. Moreover, the holster just for concealed carrying is very suitable, although it is not suede ... (Photo published by permission of Alain Daubresse, website www.littlegun.be)
But ... maybe she had models that preceded her? And that Gaidar was simply mistaken, writing that it was a revolver, or maybe he simply did not attach any importance to it. 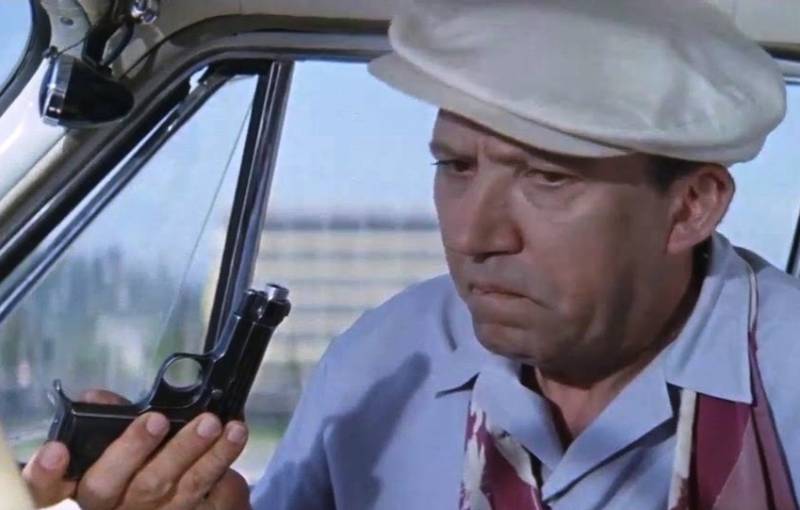 Shot from the movie "The Diamond Arm"
Therefore, already in 1980 I watched the series "School", and there her hero, like Semyon Semenovich Gorbunkov from "Giproryba" in "Diamond Hand", was armed with the same pistol ... the Italian "Beretta" М1935. 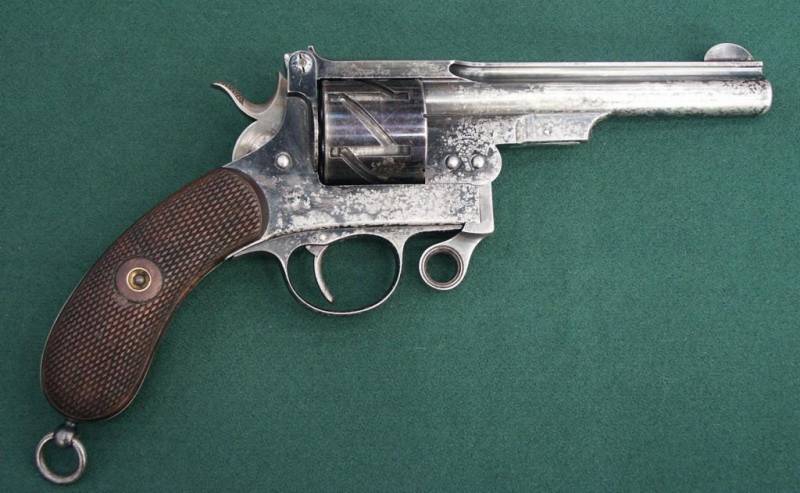 Revolver "Mauser" M78 Oberndorf caliber 9 mm. (Photo courtesy of Alain Daubresse, website www.littlegun.be)
But, as it turned out much later, there was still a Mauser revolver, and moreover, it was precisely this that the father of the protagonist could bring from the war and give it to him. It was the C78 Mauser, also known as the M78 Oberndorf, manufactured by Mauser in Oberndorf am Neckar at the end of the 6th century. And it was the first German revolver, which was mass-produced for modern central combat cartridges. And it was called "Zigzag", which indicated the design feature of its six-cylinder cylinder with a zigzag groove. It was produced for a variety of cartridges of caliber from 11 to 6 mm. So, for example, Golikov could have received a small-sized pistol from his father for 7 and XNUMX-mm caliber cartridges.

The history of this revolver is very, very curious. 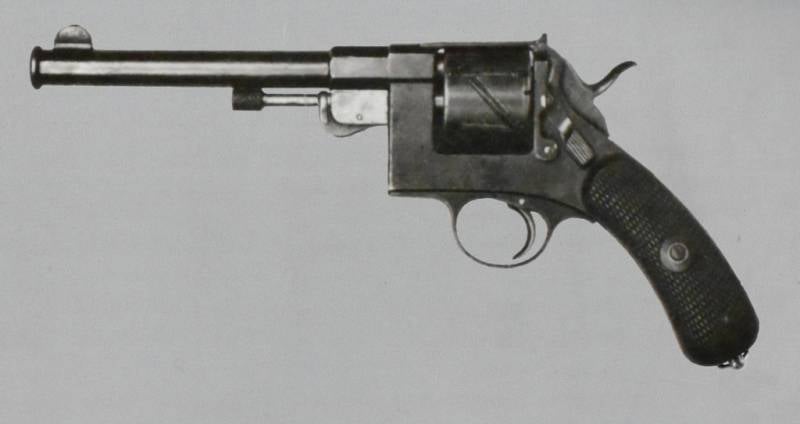 Revolver "Mauser" C78, ​​the first model with a solid frame and the Abadi door on the right. (Photo courtesy of Alain Daubresse, website www.littlegun.be)
The revolver was designed by Paul Mauser and had the factory designation Construktion 1878 (C78) and was his first and last revolver model produced by this company. It was developed as a prototype for testing in Germany in 1879, as a replacement for the earlier Dreise needle revolvers.

Despite the fact that the weapon was effective and well-designed, the Mauser brothers tried to sell it to the German army, especially the army of the Kingdom of Württemberg, without much success. In 1879, various German revolvers were evaluated, and it was rejected because the zig-zag drum was deemed too difficult by the military to manufacture. For the army they chose the Reichsrevolver M1879, developed by Spangenberg & Sauer in Suhl (today called JP Sauer & Sohn), and then produced by various German companies. The C78 revolver was eventually acquired by only a few soldiers. 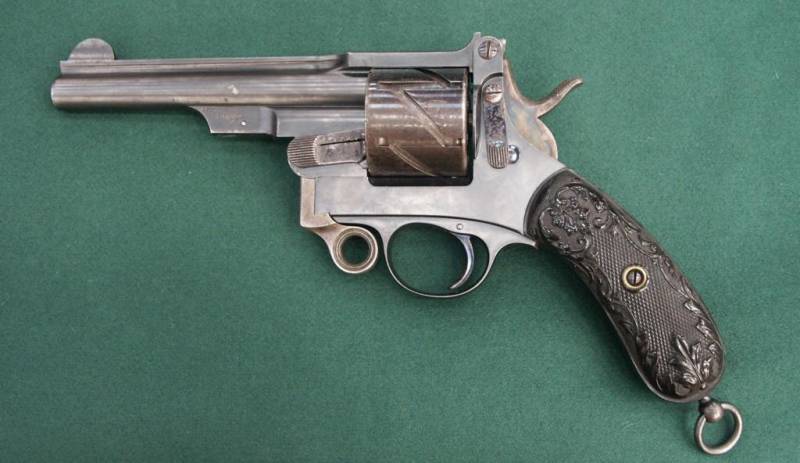 Revolver "Mauser" C78, ​​second model, caliber 11 mm. The drum latch is clearly visible from the front, "Francott's lever" (barrel and drum fastener) and the lever with the discharge device ring. When they were thrown back, the spent cartridges were pushed out. (Photo courtesy of Alain Daubresse, website www.littlegun.be)
Since the Smith & Wesson style auto-unloading swing-open revolvers were in vogue at this time, the design of the C78 Mauser of the first model was redesigned and in 1886 an improved 9mm version with a hinged frame was introduced.

Well, ten years later, the C78 was completely replaced by the semi-automatic C96, only many old revolvers were used until the end of the First World War and even later.

The second model, in contrast to the Smith & Wesson revolver, had a hinge that was attached not in front of the drum, but in the back, and the drum did not need to be removed for reloading. The sleeves were first removed using a manually operated ejector ring, and in later models this happened automatically at the moment the revolver was opened. 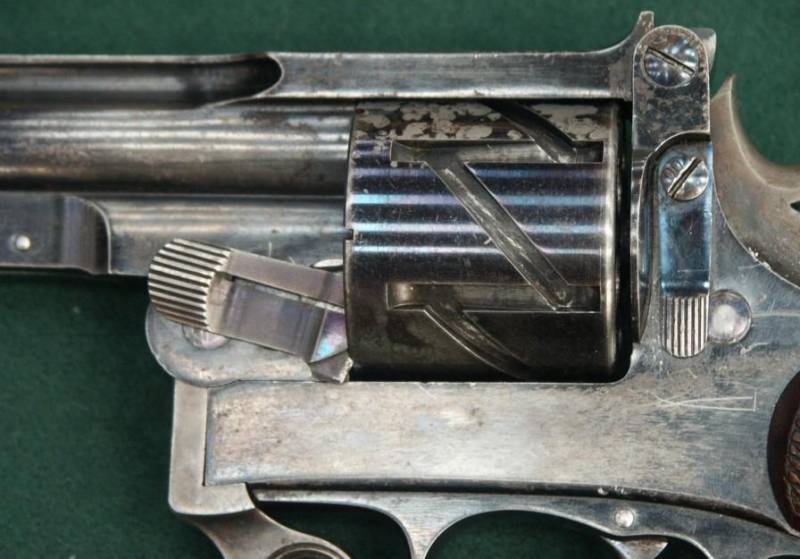 The drum of a 78-mm C9 revolver. (Photo courtesy of Alain Daubresse, website www.littlegun.be)
As already noted, the main feature of the C78 was a special cylinder turning device. Unlike most other revolvers of the time, it rotates not due to a toothed ring at the rear end of the drum, but due to a rod connected to the trigger and a pin at the rear end. Straight and oblique grooves were milled on the outer surface of the drum. When the hammer is cocked, the pin enters the inclined groove and rotates the drum one sixth until the next chamber coincides with the barrel and the hole for the hammer striker. When firing, the trigger goes forward, the pin inside the straight slot slides back, and the drum itself is fixed in the firing position.

This drum rotation system was developed as early as 1855 by EK Root, a collaborator of Samuel Colt (US patent No. 13,999, December 25, 1855), and applied on prototypes of the Colt-Root revolver. However, somehow she did not satisfy Colt. From 1901 to 1924, the same system was used in the Vebley-Fosbury automatic revolver, manufactured by the Vebley-Scott Company in Birmingham. 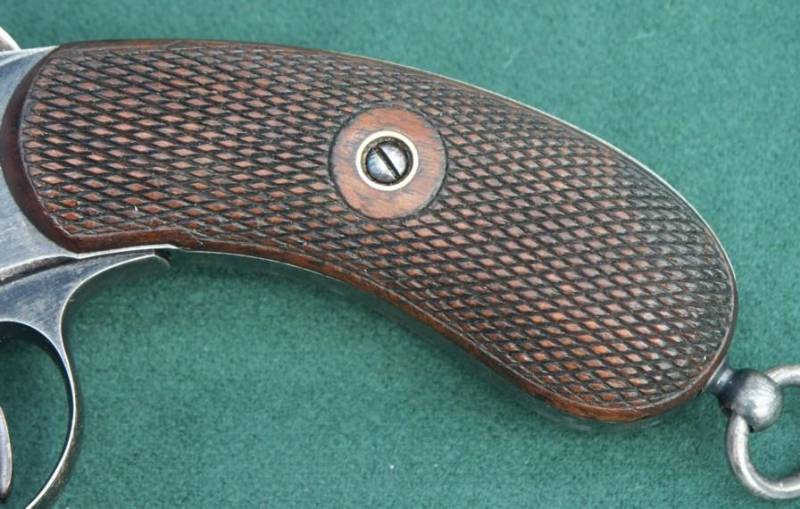 Very high quality wooden parts of the handle with a characteristic shape. (Photo courtesy of Alain Daubresse, website www.littlegun.be)
Another feature of the revolver was the drum locking lever located in front of the trigger guard, which blocked the barrel and drum attachment assembly, allowing them to be turned upward to release it from used cases. But it turned out that this position of the barrel and drum made reloading the revolver difficult compared to the modern convertible revolvers produced by Vebley and Smith & Wesson. There was also a safety catch on the left side of the frame, which prevented the free rotation of the drum. 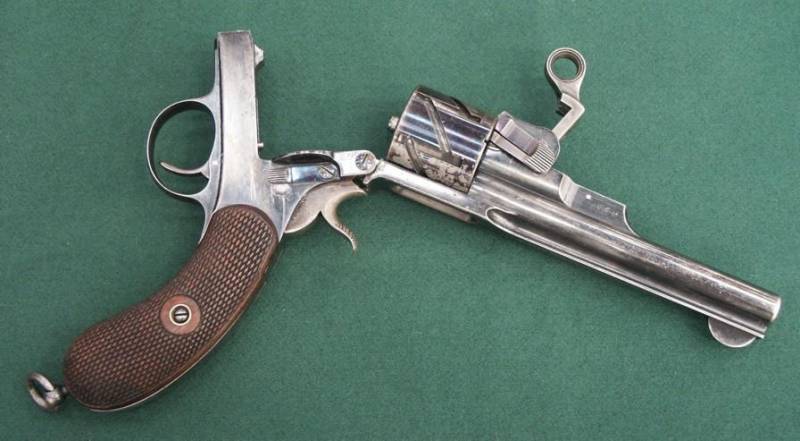 And this is how it unfolds for reloading. Not very convenient, let's face it. (Photo courtesy of Alain Daubresse, website www.littlegun.be)
On the basis of the revolver, the C78 "Zag-zag" revolver rifle was released, but very few of them were made.

This rifle here. (Photo courtesy of Alain Daubresse, website www.littlegun.be)
Although the revolver was not chosen for service in the Imperial German Army, the Mauser company continued its production in the 1890s, and sold them as civilian weapons, and the military also bought it.