Brave new world. How humanity is being driven into a "digital concentration camp" 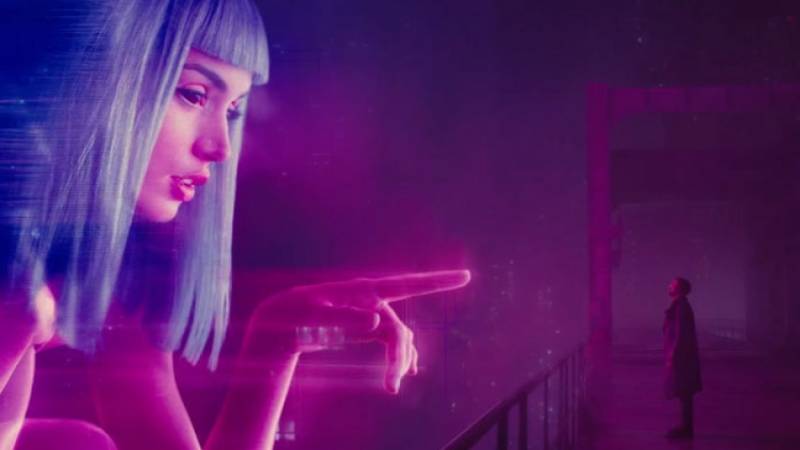 Russian billionaire Oleg Deripaska called on the world to cut consumption. Earlier, Russian Defense Minister Sergei Shoigu spoke on this topic. The minister said that humanity is on the verge of death due to excessive consumption.

In August 2021, the head of the Russian Ministry of Defense Shoigu in an interview with the magazine "Vokrug Sveta" сказал:

“It seems to me that mankind is heading for its own destruction by leaps and bounds. And the reason for this is the unbridled desire to consume. "

Therefore, it is necessary to end the "crazy race of consumerism".
On September 9, 2021, it was reported that Deripaska during the Stolypin Forum in Moscow said about the need to change the consumption pattern.

“We cannot consume so much, throw away so much - we need to give up something,”
- said the billionaire.

Everyone is talking about increasing incomes, stimulating consumption, Deripaska noted.

“But you need to give up many things - this is the only way to achieve balance,”
- he said.

The same topic has already been raised by other influential people.

It is interesting that it is the billionaire who is talking about the reduction in consumption.

In the country, half of the population lives in poverty or poverty, there is still a part that teeters on the brink of poverty. In recent years, there has been a decline in the well-being, income and consumption of most of the people.

The caste of plutocrats (from plutocracy - the power of the rich), on the contrary, every year increases its wealth: their yachts are longer and more expensive.

It is obvious that the course is aimed at reducing the consumption of the bulk of the population of Russia and the planet. It seems that the rich are not going to reduce their personal overconsumption, but only increase it.

The chasm between rich and poor in Russia is deeper and deeper. And people are no longer able to get out of poverty on their own.


It is obvious that the reason for a number of negative changes in the biosphere (destruction of forests, fertile soils, pollution of rivers, lakes and other water sources, etc.) is human activity.

Rather, a consumer society created in the West, which quickly degenerated into hedonism, a society of extermination and self-destruction. The modern market model is based on this. Endless growth in consumption, interest and credit and debt loop on the economy and society.

The reason is the dominance on the planet of an unjust, vicious concept and a model of governance emanating from it.

The immoral power carries in itself all the mistakes in the management of people and society as a whole. This mistake is reflected in the current global crisis.

It is clear that the owners of the West, both the elites in the Old and New Worlds, as well as the owners of TNCs (transnational corporations), TNBs (transnational banks), plus the global bureaucracy represented by the UN and WHO, are aware of this and are trying to reduce management errors. They want to make a "reset" of humanity, to create a new world order - a new brave world.

At the same time, they retain the old unjust management concept and the degradation-parasitic culture generated by it.

That is, the reduction of management errors will again be carried out at the expense of the majority of the world's population, and not at all the moral, qualitative growth of the global elite.

Back in the 60s and 70s of the 2th century, the West decided that it was necessary to reduce the consumption of the Earth's raw materials by reducing the population to 3-XNUMX billion people through wars, revolutions, national, religious genocides, hunger, drugs, epidemics, etc.

The current surrogate of the world war in the form of a "pandemic" is exactly solving this problem.

Various lockdowns, bans, a stressful situation that destroys a person's immunity, the collapse of health care systems caused supermortality. In essence, this is a planned genocide.

In the sphere of big politics, this is expressed in the “sustainable development of mankind,” in the theme of global warming, the green revolution, when, under the pretext of protecting the environment, production and agriculture are destroyed, and people are deprived of normal nutrition.

In the summer of 2021, the GXNUMX countries (the leading countries of the developed world) proclaimed a rejection of hydrocarbons, which will cause a radical restructuring of the technological order of the entire planet.

Demographically determined needs of the bulk of humanity (healthy food, travel, recreation, health care, education, culture, creativity, etc.) are decreasing. This is what we see, both in Russia and around the world.

At the same time, overconsumption, degradation-parasitic needs for the elite are preserved.

Resources and capital are redistributed in favor of representatives of big business. The middle class is being ruined and losing its former way of life. The poor are getting poorer.

People are divided into castes: vaccinated (loyal) and dissidents. Loyalists are promised safety and return to their usual life, although it will never be the same again. A “golden billion” is being formed from those who will be in the conditionally safe, green areas.

Those who remain on the periphery will be deprived of their usual way of life: schools, health care systems (already now those who have refused vaccination are offered not to be admitted to hospitals or treated only at their expense), safety, work, etc.

In essence, the old vicious concept remains, as the division of people into "chosen ones" and others.

It will be a mixture of the new slaveholding, feudal and capitalist system.

The new world order will include the world "elite" (mafia), which has access to all advanced technologies, achievements in medicine, pharmaceutical industry, biotech, which will significantly extend their full life. They will be guarded by private squads, PMCs, with ground, air, surface and underwater robotic drones.

The "golden billion" will include residents of several hundred huge metropolitan areas. They will retain a number of opportunities, achievements of civilization, but will be completely controlled by the owners of the “digital concentration camp”.

It will be a society of total control and digital fascism.

This scenario is featured in a number of fantasy films from Western Illusion Factories. Equilibrium, Ultraviolet and Aeon Flux (a fascist regime based on medical terror), Elysium - Heaven not on Earth, Alita: Battle Angel, The Hunger Games series, etc.

The rest of the people, on the periphery of huge agglomerations, are waiting for an inferno world.

For example, most of the inhabitants of countries such as Somalia, Sudan, Nigeria, Libya, Syria, Iraq, Yemen and Afghanistan already live in this world. Next in line are other countries of the Islamic world, the former USSR, etc.

Ctrl Enter
Noticed oshЫbku Highlight text and press. Ctrl + Enter
We are
A great interview with Sergey Lavrov: about Ukraine, Obama and IranWhat you didn't want to know about England
Military Reviewin Yandex News
Military Reviewin Google News
164 comments
Information
Dear reader, to leave comments on the publication, you must sign in.