Bayonets by country and continent 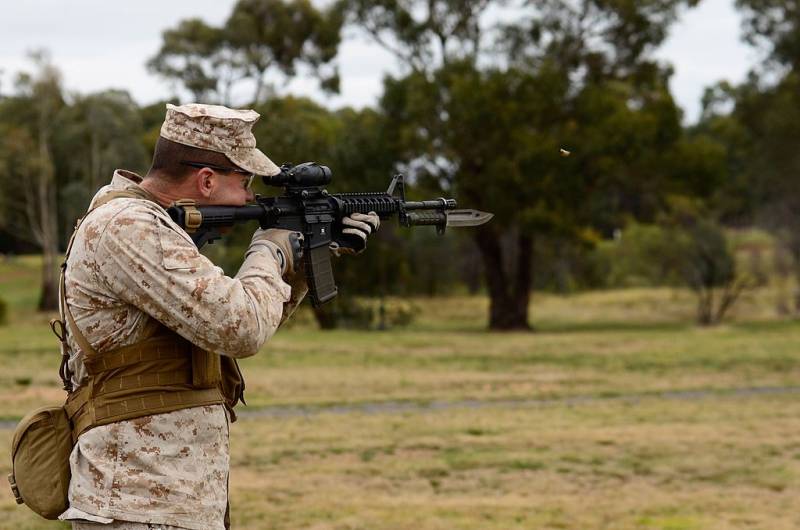 ... And you, son of man, take a sharp knife for yourself,
Ezekiel 5: 1
History weapons. We continue the topic of bayonets. It had long been necessary to complete it, but somehow my hands did not reach. It remains only to talk about the use of the bayonet in our days, but there is just nothing special here. The bayonet has become a kind of tribute to tradition. It is rarely used in combat, especially in one-on-one combat. And the very hand-to-hand combat, where soldiers muzzle each other with rifle butts and bayonets, has become a rarity. Although - yes, even the most modern assault rifles (including bullpup rifles) are equipped with a bayonet mount, and the bayonet continues to be used in many armies of the world. First of all, it is used for ... control over arrested or prisoners, or as the most last resort. It is believed that it can serve as a useful aid in training aggressiveness in young soldiers, which, of course, is important and makes sense.

Modern bayonets are usually general purpose knives that can be used to open bottles, cut sausage, and throw at a target. That is, it is a multi-purpose weapon, since it has been proven that the production of one such multi-purpose knife bayonet is more profitable than the production of special bayonets and knives of various types. Every country in the world has its own views on what a modern bayonet-knife should be. Therefore, our story will go on the bayonets of different countries on different continents.

When China began rearming itself with modern weapons, it began by copying the Soviet AK-47 assault rifle and converting it into a Type 56 assault rifle. Some Type 56s may also use the AKM Type II bayonet. The latest example of the Chinese QBZ-95 rifle is equipped with a multi-purpose bayonet-knife, similar to the American model M9. 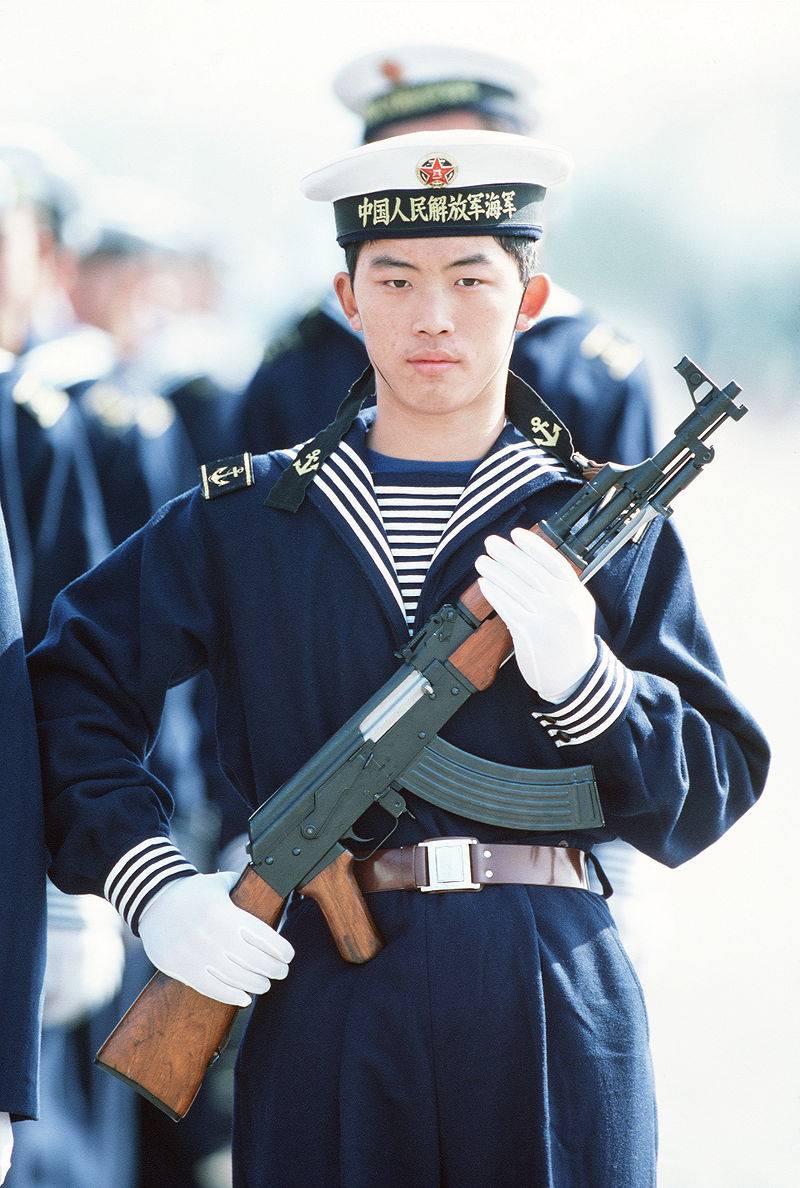 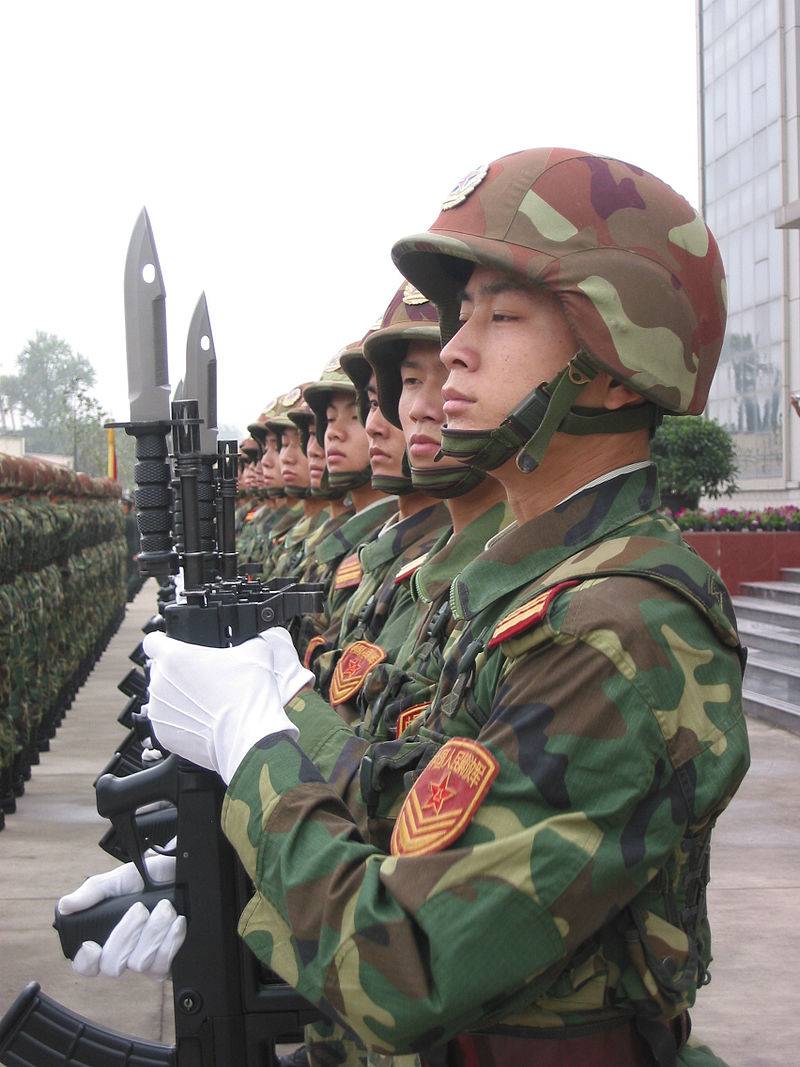 The famous FN FAL rifle can be equipped with two types of bayonets. The first is the most traditional, common bayonet. The second, type C, was introduced back in the 60s of the last century and had a hollow handle that could be put on the barrel, and slots that coincided with the slots on the NATO FALs flame arrester. The blade was offset to allow the bullet to pass through. 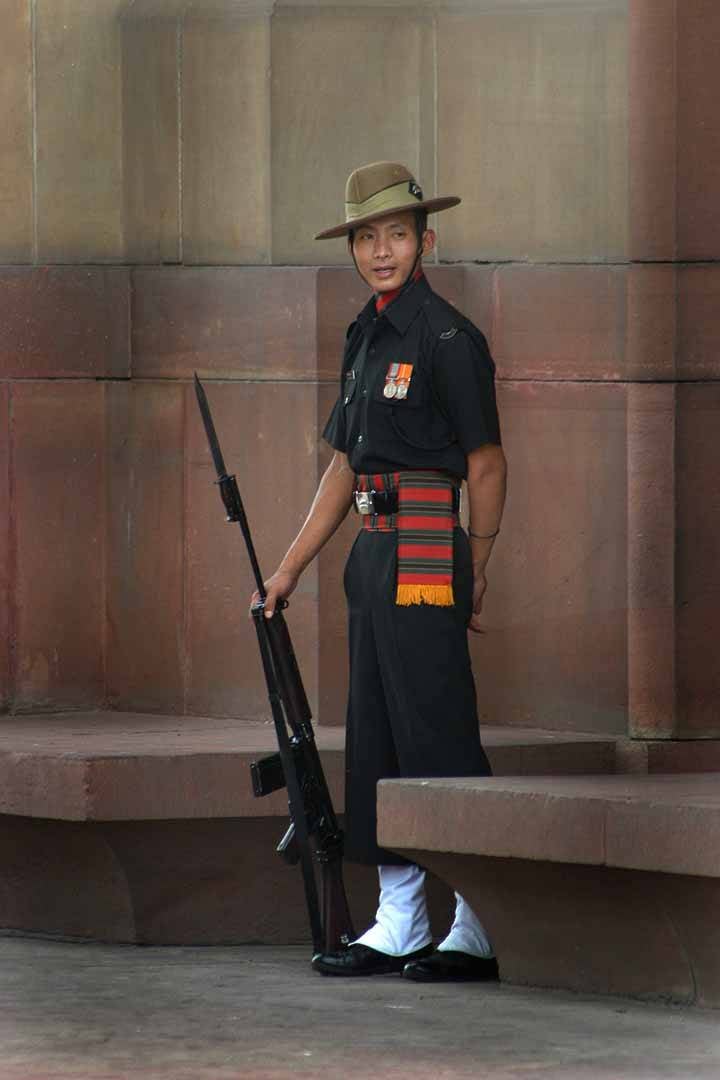 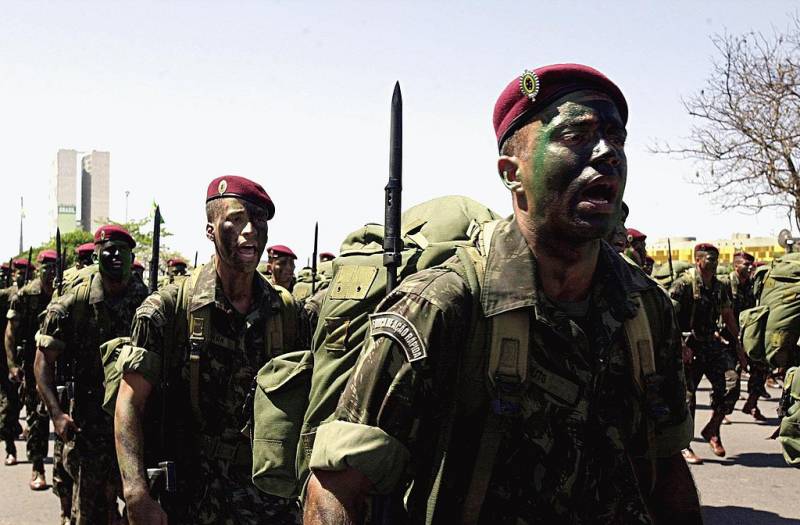 The bayonet for the L3A1 rifle is analogous to the FN FAL type C bayonet. It also has a hollow grip that fits over the barrel of an SA80 / L85 rifle, and slots that match the flame arrester slots. It can be used as a utility knife and even wire cutters when combined with a scabbard. The scabbard of this bayonet contains a whetstone and a folding saw blade. 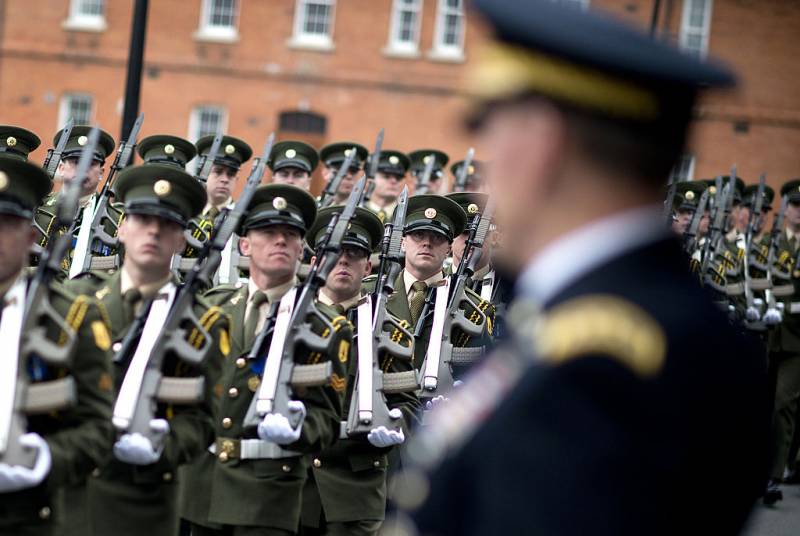 The H&K G3 rifle can use two types of bayonets, and both are fixed in the firing position above the barrel. The standard G3 bayonet has the same blade as the American M7. The second bayonet is a universal bayonet-knife EICKHORN KCB-70, equipped with a saw and a sheath for nippers, in a word - a real modern, moreover, an extremely versatile weapon. The bayonet had a characteristic rectangular grip. For the H&K G36, modified bayonets with blades from AKM from the stocks of the former National People's Army of the GDR could be used. The Germans cut out the muzzle ring for the AKM and welded in its place a new ring with a large diameter. But the bayonet itself did not get any worse from this.

The AUG bullpup rifle also uses two bayonets. The first and most popular is the German EICKHORN KCB-70 multipurpose bayonet with M16 bayonet mount. The second is the more modern bayonet Glock Feldmesser 78 (Field Knife 78) and Feldmesser 81 (Survival Knife 81), which is both a bayonet and a "survival knife", in a word - a universal weapon in terms of use. That is, the function of the bayonet itself was secondary for him. But you can throw it, open bottles for them - all these "important functions" are provided in it. 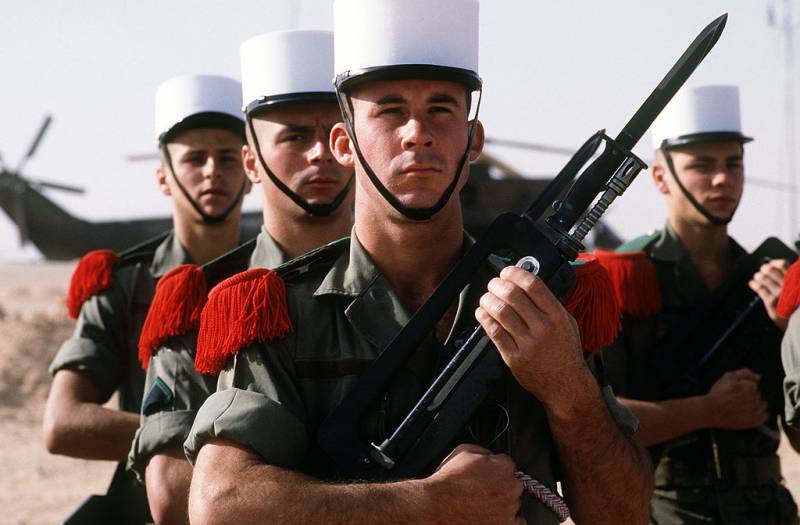 In France, the bayonet for the FAMAS rifle practically copies the M1949 / 56 bayonet. For the new H&K 416F rifle, a multi-purpose combat bayonet-knife in the style of "tanto" Eickhorn "SG 2000 WC-F", complete with cutting pliers, has been developed. Weighing 320 g, it is 30,0 cm long, with a 17,3 cm blade serrated to cut ropes. Plastic handle and scabbard provide protection up to 10 volts. A diamond blade sharpener is provided, which is stored in a sheath.

The AK-47 received a bayonet, but it was not particularly remarkable. But the AKM Type I bayonet (1959) was already a truly revolutionary development. It had a bowie-style (clip-point) blade with teeth along the back of the blade and could be used as a utility knife for survival and as a wire cutter along with a steel sheath. The design turned out to be so perfect that it was copied in other countries, it even became the basis for the American M9 bayonet. The bayonet for the AK-74 (1983) was a further development of the AKM bayonet. 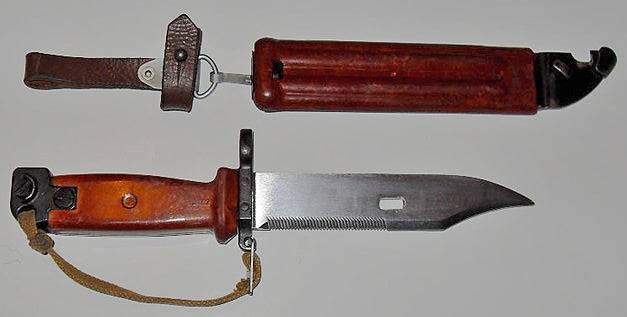 Bayonet AKM
The blade received a new tip configuration and an improved plastic handle, which made it more effective as a combat knife. The use of insulating materials allows them to cut not only the wire, but also to cut the ropes with a saw, but also to bite the electrical wires that are energized. That is, it is a very perfect weapon for today, fully meeting its purpose. 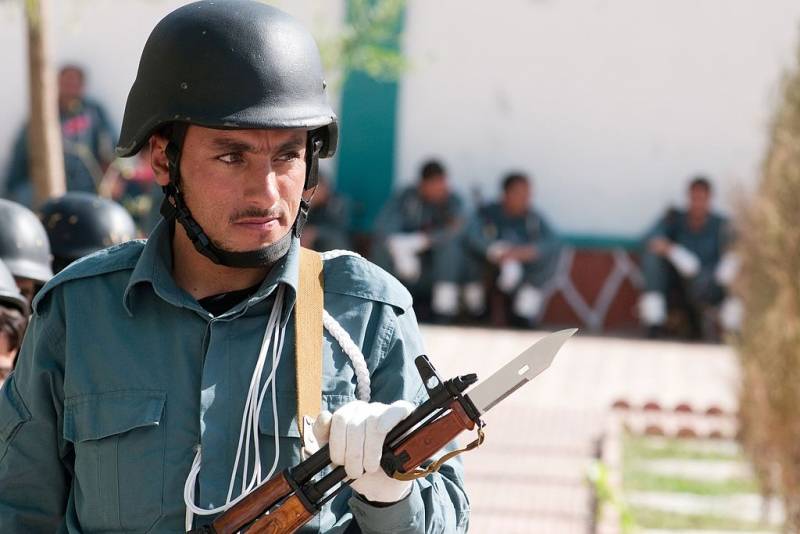 The M16 rifle was equipped with an M7 bayonet based on earlier designs such as the M4, M5 and M6 bayonets, which in turn were derived from the M3 combat knife. The newer M9 has teeth along the back of the blade and can also be used as a cutter and utility knife. The US Marine Corps has its own OKC-3S bayonet.

Bayonet OKC-3S, which stands for "Ontario Knife Company"
As a result, we note that the attitude towards bayonets began to change after the First World War, based on its experience. And he changed the opinion of the military about the value of long rifles and needle bayonets, with which the mass of the infantry was mainly armed then. In trench warfare in cramped trenches, during a night raid or patrol, or even during a traditional infantry attack by running across open terrain, soldiers on both sides very soon realized the inherent shortcomings of long and clumsy rifles with long bayonets. The time has passed for dramatic stories of the Russian-Japanese war, that the Japanese use a "double attack": the first line works with bayonets, and the second, squatting, sneaks between the legs of the fighting and works with knives! All these journalistic stories are a thing of the past. Gases, flamethrowers, Tanks and barbed wire left no chance for hand-to-hand combat, which by the end of the war turned from bayonet to fire using submachine guns, assault Mauser, parabellum or, at worst, sapper spades, axes, homemade spiked clubs and hand grenades. In addition, fencing with heavy and long rifles, having a large mass and therefore very inertial, also showed its ineffectiveness. This is why, instead of longer bayonets on both sides, the armies of the belligerent nations began experimenting with other melee weapons, including a trench knife, pistol, hand grenade, and even trench tools. 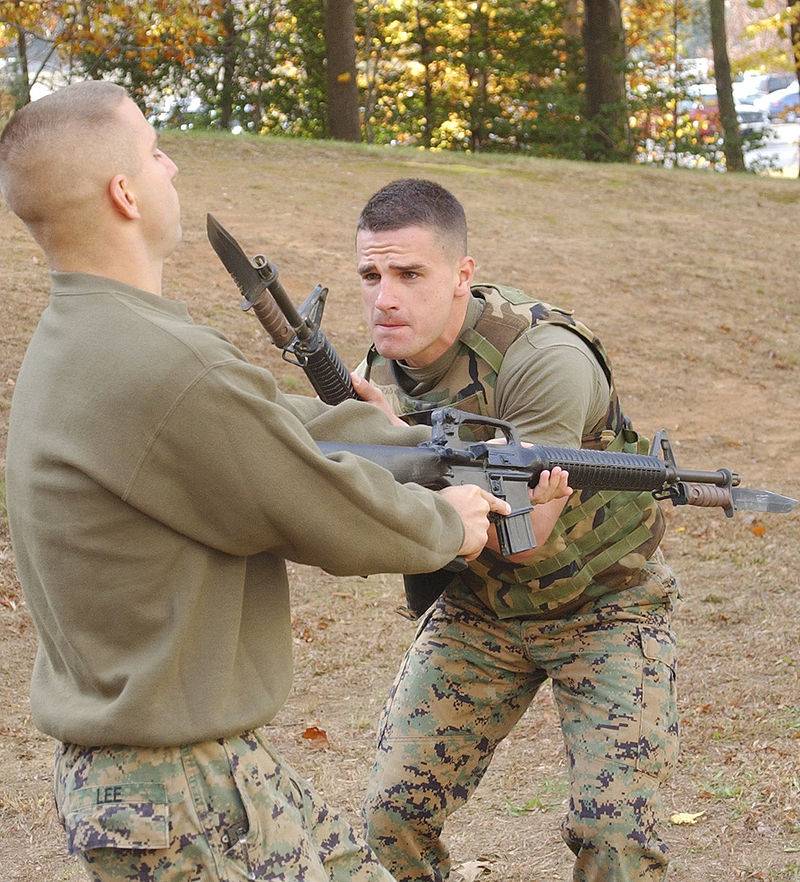 US Army Marines trained in bayonet combat
Bayonets were now very often officially or unofficially shortened as soldiers wanted them to be more versatile and easier to use, both as tools and during close-range combat. The Second World War gave impetus to another shortening of bayonets, which eventually turned into a weapon the same size as a bowie knife, the use of which as combat or utility knives has been fully proven. And it is not for nothing that modern bayonets, adopted for service after the Second World War, refer specifically to knife bayonets.