Who destroyed the Twin Towers in New York 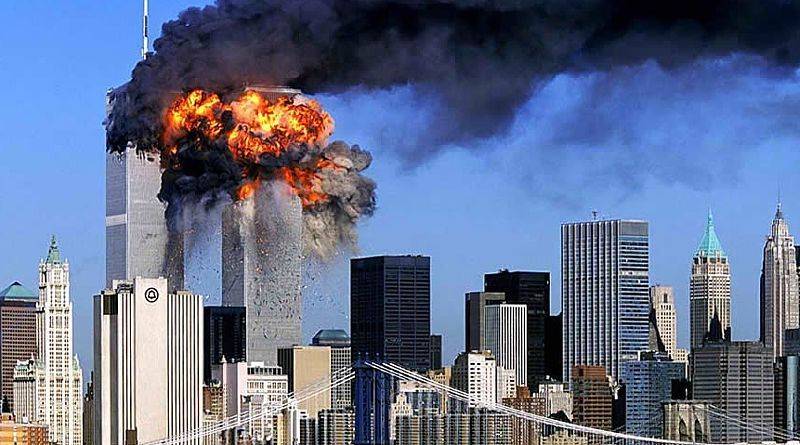 The United States and the West, experiencing the crisis of capitalism, a predatory system based on loan interest, found an opportunity to throw the accumulated contradictions and problems onto the countries of the Near and Middle East. They also tried to save the bubble of the usurious system by pumping up the military-industrial complex and limited war. American big business profited from the robbery of Iraq (oil, historical and cultural values), and the Anglo-American special services established control over the heroin zone, one of the leading in the world drug trafficking.

The main reason is the crisis of capitalism.

The predatory, parasitic nature of the system itself, of Western civilization, which has extended its standards to the whole world. The model exists only due to constant expansion, growth. As soon as growth reaches its limit, there is a reboot in the form of a world war. It allows you to plunder, master foreign territories, destroy them, and then restore them at a different level. In the First World War, the victims were the German, Russian, Austro-Hungarian and Ottoman empires. Along the way, the United States pushed its partners in the field of economics and finance - Britain and France.

The Second World War was organized for the final defeat of the German world and the Russian (Soviet) civilization, which, unexpectedly for the masters of the West, created the nucleus of an alternative project for the future of humanity. A society of knowledge, service and creation. Therefore, the Germans and Russians were pitted against the second time. Along the way, they destroyed Europe, in order to then completely crush it. In Asia, the Westerners planned to finish off China with the hands of Japan, and then defeat and plunder the Land of the Rising Sun itself. However, all tasks were not solved. The Russians, led by Stalin, managed not only to survive, but also emerged from the world war even stronger - as a superpower.

The third world - the cold war was organized with the aim of crushing and plundering the USSR and the social bloc. But it was impossible to fight with traditional methods. The USSR created an invincible army, had an autonomous economy and a disciplined, educated people. Therefore, the stake was made on the disintegration of the ruling class, which ultimately resulted in perestroika and reforms. The Soviet Union (in essence, the Russian world-civilization) was destroyed and plundered, a system was created within which the Russians are still donors of the West and the East.

The robbery of Russia and the socialist bloc countries in Eastern and Southeastern Europe allowed the West to delay the development of the crisis for several years (the Western world, the United States were in crisis already in the 70s and 80s and were saved only due to the fall of a rival enemy). However, in the late 90s, the financial crisis covered the world community. Therefore, the masters of the United States began to look for a way out - war, reformatting the countries of the Middle East, their robbery, financial pumping of the military-industrial complex.

Counterterrorism operations became a surrogate for a large-scale world war. The war "against world terrorism", which, in essence, was created by the Anglo-Saxon, Saudi and Pakistani special services against the USSR. Now "world terrorism" was used to "reset" the world. How is the "pandemic" used now ("Pandemic" - a tool of world war).

Twenty years ago, two passenger Boeing 20s crashed into the towers of the World Trade Center (WTC) in New York. The fire started. An hour and a half later, the skyscrapers collapsed. Another Boeing dived into the Pentagon. The fourth Boeing crashed in a desert area in Pennsylvania. More than 767 thousand people died and went missing, including hundreds of firefighters, doctors and rescuers who tried to rescue people in burning buildings. More than 3 thousand people were wounded.

According to the official version, the terrorist attack was organized by Osama bin Laden, and it was implemented by 19 suicide bombers. According to the unofficial one, it was the American authorities themselves who organized the attack.

When the large-scale terrorist act of September 11, 2001 took place, at first the few sober voices of people who noticed a number of oddities of the incident were drowned in an avalanche of just indignation, compassion, and a skillfully built information campaign to combat “world terrorism”.

However, it gradually became clear to many that no bearded mujahideen, in principle, could organize and conduct such a large-scale and complex operation. Terrorist fanatics trained in flight would not have been able to successfully deploy a bulk like a passenger Boeing on targets such as the World Trade Center towers.

Even the hit of large planes would not lead to the fall and destruction of skyscrapers. Wouldn't destroy the towers and fire. They would be partially burnt out and that's it. The skyscrapers were destroyed by internal explosions. Moreover, they were prepared by professionals, so the towers did not collapse on the city, but neatly folded, as in the planned destruction of old and emergency buildings.

There are a lot of all kinds of oddities and inconsistencies.

But the main proof is the political result. The American authorities have more than once used the method of provocation in order to achieve the desired result.

For example, in order to start a war with Spain and take away strategic territories (Cuba and the Philippines), the cruiser Maine was sunk in the harbor of Havana. The Americans provoked Japan to attack Pearl Harbor to take part in World War II. The Tonkin incident was the reason for the US intervention in the Vietnam War. And there are many similar examples.

Given a 100 percent pretext, the United States launched the war in Afghanistan, which ended only in August 2021.

In 2003, the Americans and their allies attacked Iraq. Saddam Hussein's regime was destroyed, and the civil war in Iraq began. Along the way, American big capital (the military-industrial complex and the oil industry) made big profits, the American crisis was delayed for several years.

The Afghan and Iraqi campaigns served as the beginning for the "reset" of the entire Near and Middle East. They became the foundation for the creation of the "black caliphate" and a new phase of the war in the Middle East.

As a result, the Middle East front of the fourth world war was opened, which is still active. And there is no end in sight to this war.

Thus, the September 11 terrorist attack was a large-scale provocation organized by the US intelligence services and their allies, with the aim of dumping the contradictions and problems caused by the crisis of capitalism, the United States and the West as a whole. The war on "world terrorism" made it possible to delay the onset of a large-scale crisis-depression - by pumping up the military-industrial complex, profits from the oil industry, and robbing countries that were under attack.

Also, the conservative (neocon) wing of the American elite tried to implement the concept of a unipolar world led by the United States. After the terrorist attack, American law and Washington's political decisions began to dominate international and national legal norms. And inside the country, the authorities were able to "tighten the screws", dramatically increase the role and weight of the special services, creating a totalitarian fascist state.

Later, when the bet on a unipolar world was beaten, the United States began to plunge the Near and Middle East into controlled chaos.

Iraq, Libya, Syria, Yemen were turned into a battlefield, and other countries are next. This is already the concept of the globalist-democrats. Their visible leaders are Barack Obama and Joe Biden.

Now that the Americans have withdrawn from Afghanistan, they continue to pursue a policy of controlled chaos. Moreover, the globalists are ready to sacrifice the United States itself, where the patriots led by Trump lost. We can now see the rebuilding of America itself.

Ctrl Enter
Noticed oshЫbku Highlight text and press. Ctrl + Enter
We are
The world we leave, the world we enter, and the world between themOn the other side of the “red” and “white”. Izborsk Club Report
Military Reviewin Yandex News
Military Reviewin Google News
266 comments
Information
Dear reader, to leave comments on the publication, you must sign in.