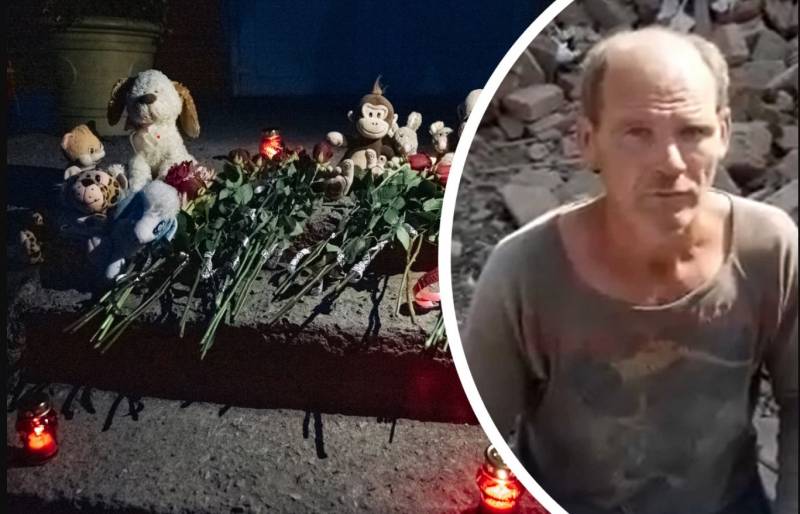 A moratorium that shouldn't be

The death penalty in Russia, we recall, has not been completely abolished.

Since 1997, a moratorium has been introduced on the killing of especially cruel criminals. The state decided to do this in the hope of the favorable attitude of the European Union.

In the so-called Protocol No. 6 of the Convention for the Protection of Human Rights and Fundamental Freedoms, it is written in black and white

“The death penalty is abolished. No one can be sentenced to death or executed. "

Russia, by the way, signed the protocol but did not ratify it, which is why the return of the death penalty is quite possible.

This punishment has not disappeared from the Criminal Code of the Russian Federation, but so far it has only been placed under a moratorium.

Russia of the 90s, on the one hand, can be understood - dependence on the West was outstanding (remember humanitarian aid and salary loans from the IMF), and it was required to prove your loyalty. The introduction of a moratorium on the death penalty turned out to be a relatively harmless method.

Do not discount the not-so-perfect methods of forensic examination. Despite the fact that in the USSR DNA research in law enforcement agencies was organized back in 1988, the effectiveness and efficiency left much to be desired. Twenty or thirty years ago, in most cases it was possible to identify the killer only by fingerprints and blood type.

Now the forensic service of the Russian Federation on the most modern equipment and quite promptly conducts DNA analysis of biological material. On average, about 100 thousand samples pass through the hands of analysts of the Ministry of Internal Affairs per year. The accuracy of such examinations is 99,9%, that is, it is possible to make a mistake with the identity of the criminal in one case out of a thousand.

Thus, the moratorium has exclusively political and humanitarian significance.

In the meantime stories the last months make you shudder.

In Tyumen, eight-year-old Nastya Muravyova was brutally raped, killed and dismembered - this became a tragedy not only for the region, but for the entire country.

A little more than a month passed, and in the Kemerovo region, a pedophile killed two girls. Here, in contrast to the Tyumen story, everything went much faster - the suspect Viktor Pesternikov was arrested the next day. And if the accused of the brutal murder of Muravyova was outwardly quite a decent citizen, then the Kuzbass pedophile was convicted of a crime against the sexual inviolability of children.

Such terrible relapses in pedophile geeks occur quite regularly.

In the aforementioned Tyumen region, a primary school girl was raped three years ago, fortunately, she survived. It happened on January 8, 2018, but the pedophile was found only by the middle of summer.

Everyone was at a loss as to where a criminal might hide in a provincial town?

It turned out that the violence was committed by a 54-year-old repeat offender who was released three weeks before the crime.

Can you guess what he was convicted of?

In total, the offender spent 23 years in prison, but none of the investigators had the idea to take a DNA test from the recently released rapist in hot pursuit. For this, it was necessary to check the biomaterials of 3 thousand men almost throughout the region.

And in the story with the Kemerovo pedophile, the negligence scenario is similar - Viktor Pesternikov, after a ten-year term, repeatedly violated the regime, and then changed his place of residence. And he disappeared from law enforcement radars until he raped and killed two ten-year-old girls.

If the police are not able to protect children from pedophiles-recidivists, then maybe they should not be released at all, and in the most severe cases, even take their lives?

There is no point in explaining that the people have long approved a radical solution to the issue of subhumans who encroached on child immunity.

The quintessence was the recent murder of a pedophile in the Samara region.

The verdict to the monster was passed by the father of a 9-year-old girl, who was abused by a pervert. With all the legal disproportionality of the punishment for the crime, few people will come to the defense of the murdered Oleg Sviridov, who carefully documented sexual acts with children on his own mobile phone.

If we take the modern Criminal Code, a pedophile would sit for 10-15 years and, in the end, would be released. And what gets out of prison after such a grave article - we very clearly see the example of Viktor Pesternikov.

Can we say that the father of a raped young girl in the Samara region did not just save a child (and more than one) in the future?

And is he worthy of a real sentence?

The questions are rather rhetorical.

After the resonant tragedy in the Kemerovo region, many of the opinion leaders and decision makers started talking about the return of the death penalty.

For the abolition of the openly pro-European moratorium, the chairman of the "Strong Russia" movement, retired FSB major general Alexander Mikhailov, spoke out. We agree to return the highest measure to the Commissioner for the Rights of the Child of the Chelyabinsk Region, Evgenia Mayorova, and the first deputy chairman of the State Duma Committee on State Building and Legislation, Mikhail Emelyanov.

But there are public figures and opponents of the destruction of pedophiles.

Thus, sociologist Kirill Titayev said in an interview with Gazeta that the effectiveness of the death penalty for pedophiles is questionable.

What are the arguments of the defenders of such a liberal point of view?

There are reasons, but they are surprisingly easily broken by common sense.

The first is a possible error of the investigation. As an example, they cite the execution of Alexander Kravchenko in 1979 for a crime that he did not commit. At that time, they hunted for Chikatilo and, due to the lack of professionalism, the investigation convicted an innocent.

But Kravchenko was far from white and fluffy - nine years earlier, he brutally raped and killed a 10-year-old girl. He did not receive the highest measure only because of his minority.

Was this execution a mistake or did Kravchenko still get a real punishment?

We would like to remind defenders of the moratorium on the death penalty that over the past decades, the accuracy of identification has come very close to absolute. So much so that common sense allows you to neglect a possible mistake.

It is believed that the threat of the death penalty will lead to corruption.

But what kind of pedophiles do we see on the screen - desperate marginals, alcoholics and drug addicts, for the most part living at the very bottom of society. With all due respect to the opinions of others, where did such resources for corruption come from? What can they pay to frame an innocent person?

By the way, while in our country there is an environment for such marginalization of individuals or simply a deep social bottom, it is very early for us to impose a moratorium on the death penalty.

The argument, at first glance, looks like the unbearable conditions of detention in colonies for life-sentenced prisoners.

But, firstly, the pedophile still has hope for release until the end of his days. Not the most correct example, but it is also indicative - the Taliban, banned in Russia, emptied the country's prisons in the very first days.

Secondly, a pedophile serial killer can always provide himself with a "vacation." For example, to harbor a couple of murders and "remember" them after several years of imprisonment. And here a real vacation will begin for a life prisoner with stages, investigative experiments and other bonuses. Some kind of entertainment at public expense.

In extreme cases, additional aggravating circumstances can be invented out of prison boredom.

And, finally, the last argument of the defenders of the moratorium is that the threat of capital punishment will not stop the perverted murderers.

Perhaps it will not stop the very sick. But, let's imagine if the person accused of the brutal murder of Nastya Muravyova was threatened with a real hanging, and this would be told on federal channels, would this make the Kemerovo pedophile stop?

One gets the impression that Pesternikov, in general, surrendered himself, as if he was preparing to return to prison in this way. He perfectly understood the impossibility of his own death for this - he would rather be lynched on the street than be given justice in prison.

And the last thing - if Pesternikov had been sentenced to death or at least life imprisonment for the first rape of a minor, then at least these two girls from Kemerovo would have survived ...

However, the defenders of the "humane" moratorium can hardly be convinced with such arguments.

Ctrl Enter
Noticed oshЫbku Highlight text and press. Ctrl + Enter
We are
The death penalty 2019. The time has come?List of destroyed the largest and most high-tech enterprises
Military Reviewin Yandex News
Military Reviewin Google News
334 comments
Information
Dear reader, to leave comments on the publication, you must sign in.