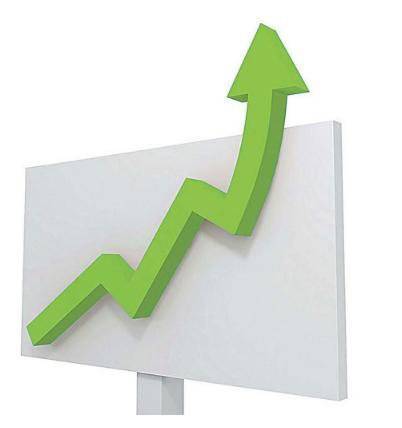 Russia is again underestimated in the international ranking. This time, in the 2012 – 2013 Global Competitiveness Ranking, compiled by the World Economic Forum. As usual, we were squeezed somewhere in the seventh dozen, putting, as if guilty, exactly between Iran and Sri Lanka. Opposition interests are happily rubbing their hands: Look, they say, Russia is uncompetitive! We, they say, collapsed in a year from 66-th to 67-th place! Here it is, the price of Putin's stability!

A lot has been said about such ratings, in which Russia inevitably finds itself in the company of all sorts of “failed states”. And about very specific methods of their calculations. And about the dubious experts who add and subtract tsiferki. And about the influence of the information war unleashed against Russia, in which, in the opinion of the enemy, all the means that belittle our country are good. It has often happened that such ratings completely discredited the compilers themselves. Take, for example, the notorious “peace-loving rating” compiled in 2011 by a sharashka called Vision of Humanity: in it, Russia ended up on the 136 place - not only below the three US campaigns leading at once, but even lower than North Korea and Georgia!

And yet, whenever such a report card appears, a part of our fellow citizens clutching their heads and yelling: “Everything is lost!”. Therefore, it will be useful to clarify once again what kind of ratings they are and how to treat them.

So, what should be done when faced with the next ranking of countries for some indicators, sucked from the finger "by experts and analysts"? First of all, you need to find out who this is such a smart rating compiler. In the case of the WEF classification, the compilers were several little-known characters from globalist institutions, as well, and most importantly, their “partner organizations” working for individual countries. It was they who placed the initial assessments of their own states, which were then brought together by “senior colleagues”.

In the case under consideration, there were already two “analytical groups” working “across Russia”. These are Bauman Innovation & Eurasia Competitiveness Institute and Stockholm School of Economics. Do these names tell you something? No? Not surprising. The first couple are typical "institutions of one person" that have nothing to do with the Moscow State Technical University. Bauman, but even the official sites. The Stockholm School of Economics, which has offices in Russia, is a more serious business. It is not clear only why this foreign business school was assigned to "cheat" our country when compiling a rating, even if local organizations were engaged in this in Botswana, Lesotho and Swaziland.

The next step in studying the ratings is to look, in fact, at the indicators by which countries are ranked. Here we have new surprises. For example, Russia in the VEF rankings is pulling down such indicators as “commodity market efficiency” (134-place), “anti-monopoly policy efficiency” (124-place) and “level of customs barriers” (137-place). Our positions, in particular, “number of mobile phones per capita” (5-th place), “size of the domestic market” (9-th place), “prevalence of higher education” (12-th place) and “quality of iron roads ”(30-e place).

Interesting, isn't it? For those indices that can be accurately calculated and measured, Russia is fine. In the same place where only a subjectivist assessment is possible, for some reason there is a complete seam. Isn't it about the researchers? After all, the famous quote attributed to Stalin, “It’s important not how they voted, but how they calculated it,” has recently found an increasing response in the soul of all sorts of “globalists”: from Ukrainian “maydanniki” to the leadership of the Republican Party of the USA, which surprised the whole world the other day their fraud in florida.

And then, the indicators themselves are selected strange, aren't they? Take at least the "effectiveness of antitrust policy." It is clear that in the case of Russia it is impossible to create competition in such a case, for example, as the development of railways or gas production. The first is economically unprofitable for private companies, the second will bring considerable costs to the country - it is enough to submit the dismemberment of Gazprom to a bunch of small owners.
Or take the "customs barriers." Firstly, it is not clear how the United States, with its un-canceled Jackson-Vanik amendment, occupies the 48 rank for this indicator, and we the 137 rank? How was the "experts" evaluated? What hit them in the head? It is not clear.

But another indicator, according to which we stand on the 133-th place, is the “prevalence of foreign property”. Is it worth it to lament the fact that foreigners in Russia own such a small share of national wealth? Will we on this account shed tears? Of course no.

Finally, in order to finally assess the quality of the rating, it is enough to resort to common sense and simply to compare impartially certain countries. There is, say, such a wonderful country - Greece, which is about to start selling off its own islands, just to pay its debts. So, Greece in the WEF rating is higher than Russia, for example, in such indicators as “protecting the interests of minority shareholders”, “authority of professional management”, “availability of financial products”, “availability of modern technologies” and “quality of local suppliers”. It is unlikely that the compilers of the rating could beat themselves stronger.

In general, however, we have to admit that our country still lacks the subtleties in such an important matter as international PR. It is time for us to tackle the world “expert community” more tightly and, among other things, establish our own ratings. Much on the planet would then fall into place.